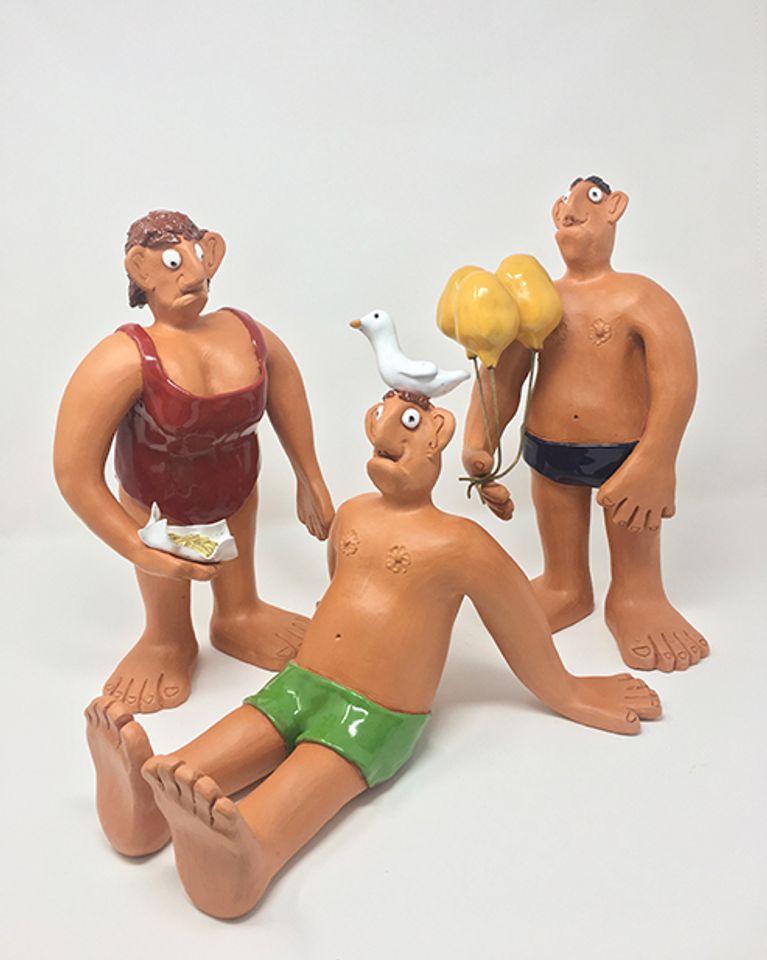 Having one's works of art reviewed and valued by a room of your colleagues might seem a daunting prospect, doubly so when you work at one of the world’s largest auction houses. However, yesterday evening at the opening of the Sotheby’s staff selling exhibition Mind the Art, the mood was more convivial than competitive.

Raising money for the mental health charity Mind UK, the show contains 130 works created by around 60 staff members from across Sotheby's European locations, each of whom proved that their artistic interests extended well beyond hammer prices and guarantees. 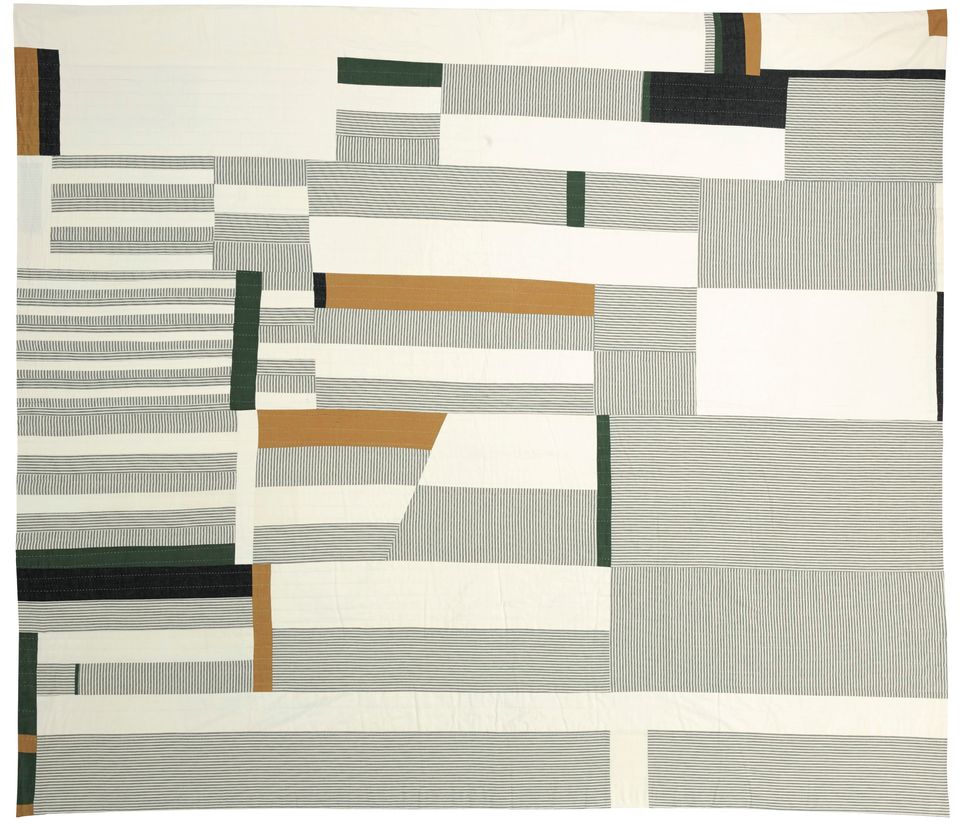 Employees from every level of the recently privatised company came together to produce pieces, from senior consultant Lydia Cresswell Jones’s handmade-in-Hackney quilts in abstract geometric prints, to security staff Simon London's brightly coloured photography selling at an affordable £35 a-piece. The priciest works were valued at around £11,000 for David Servan Schriber’s evocative acrylic-and-fire on panel works ensuring that everyone, from scion to serf, could partake.

Photography by women might be criminally undervalued in the market, but the award for first prize, announced by the Europe and Middle East managing director Jan Prasens, went to Marta Garcia de Faria’s softly lit shots of detached, Surreal-esque scenes.

Robin Cawdron-Stewart from the Modern British department took a break from tending the cash bar to accept second prize for his curious ceramic figurines. Cawdron-Stewart refutes any notion that these comically proportioned teracotta-tanned sculptures might perhaps represent any sun-soaked mega-dealer or collector in particular, instead asserting that they take their inspiration from holidaymakers on the Norfolk Coast. 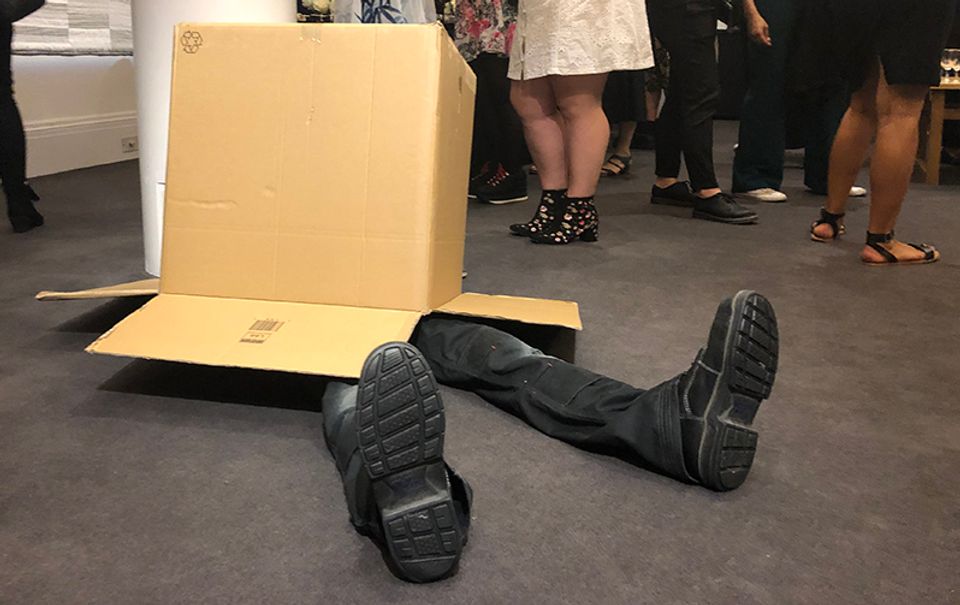 One would be forgiven for mistaking the show's only installation work for an exhibition set-up gone wrong. The technicians Daisy Hutton and Gregory Baker's Untitled (What's in the Box?) (2019) shows a pair of feet poking out from under a cardboard box. The inspiration, Hutton says, came from a particularly strenuous evening unpacking a series of Picasso ceramics, during which Hutton decided to lie underneath a cardboard box, sheltered away from her art-handling duties. Priced at £750 it shines a light on the perils faced by some of the unsung heroes of the art world and proves that no matter budget or background, this show really does have something for everyone.