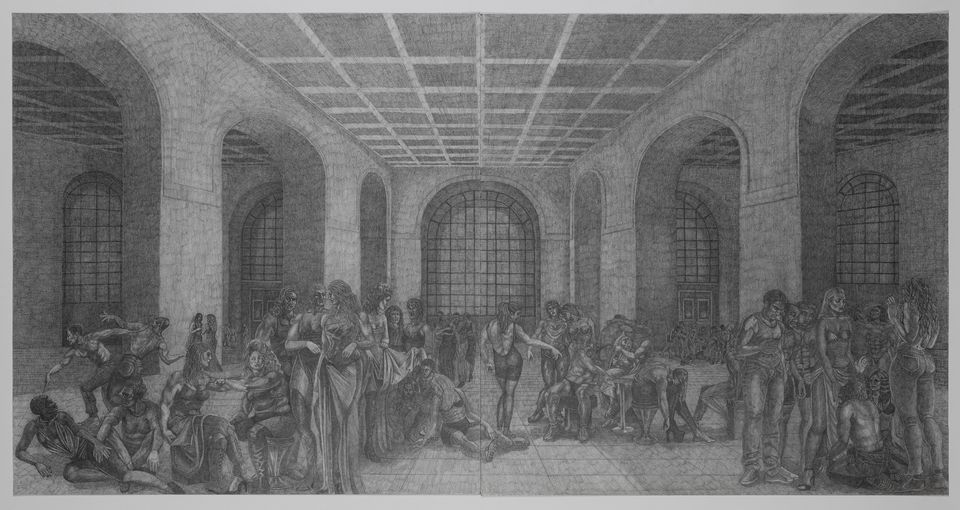 Norman Rosenthal shook up the art world in 1997 with his show Sensation at the Royal Academy of Arts in London, unleashing on the world a group of brash, bold and brilliant British artists from Damien Hirst to Sarah Lucas. Now he is casting his eye over a new crop of emerging UK artists, presenting at Ca’ Pesaro Galleria Internazionale d’Arte Moderna in Venice a group show entitled Breathless/London Art Now (until 1 March 2020; the works, we understand, are undamaged following the severe flooding in the city). The exhibition, co-curated by Harry Woodlock and Elisabetta Barisoni, “is an attempt to define a new generation of British artists”, says Sir Norman, adding that he contributed “four or five” names. “I saw two artists at Frieze, Hannah Quinlan and Rosie Hastings, and thought they were fantastic,” he says (the pair duly make an appearance in Venice, showing Funny Girls, 2019, and The Sleepers, 2019). There was however debate over the exhibition title. “I wanted to call the show Out; it has a nice double meaning,” Rosenthal says, stressing that the term could be political, touching on gender identity (alas, the proposed moniker never made the cut).