The UK artist is on the hunt for the Parisian restaurant scene, now with a secretive Texan collector 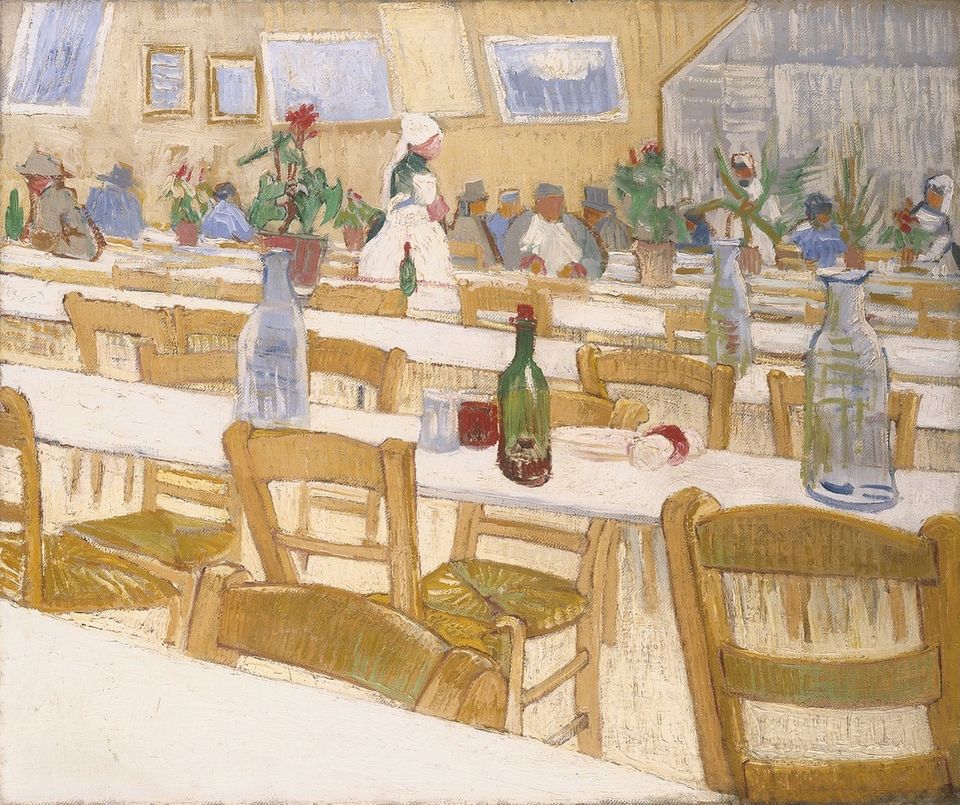 The UK artist Tacita Dean is related to Esther and Alfred Sutro, who acquired Vincent van Gogh’s Interior of a Restaurant in 1896. Dean’s great-grandmother was the sister of Esther Sutro, who with her husband Alfred, were among the first British collectors to buy a Van Gogh work. The Dutchman, who had died only six years earlier, was then virtually unknown in the UK.

A Royal Academician and Turner Prize nominee, Dean regards Van Gogh as “a very emotionally expressive painter and a great colourist”. She says she would love to set eyes on the painting that had once been in the family. 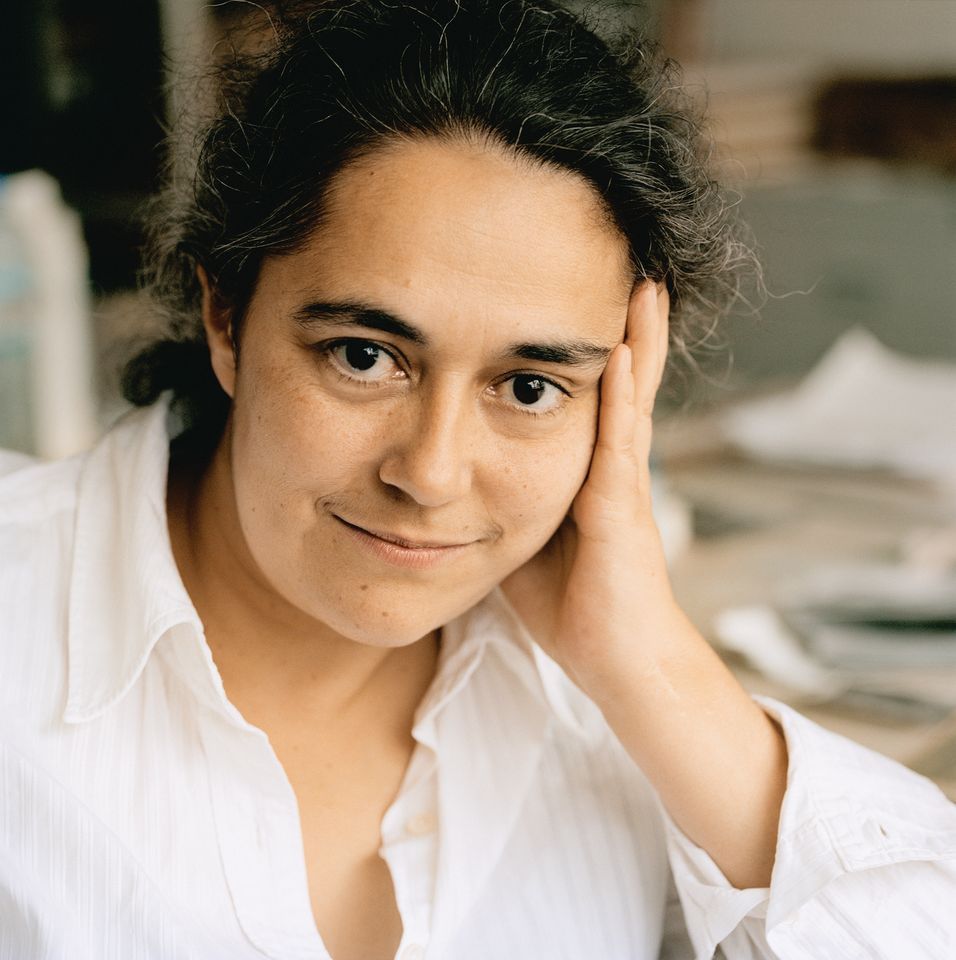 The Sutro couple bought the vibrant Interior of a Restaurant when they were living in Paris. They acquired it from the avant-garde dealer Ambroise Vollard, paying 300 francs (£12).

Esther Isaacs was an artist and was studying in Paris. In 1894 she married Alfred Sutro, then a young playwright, and they remained in the French capital for some years. 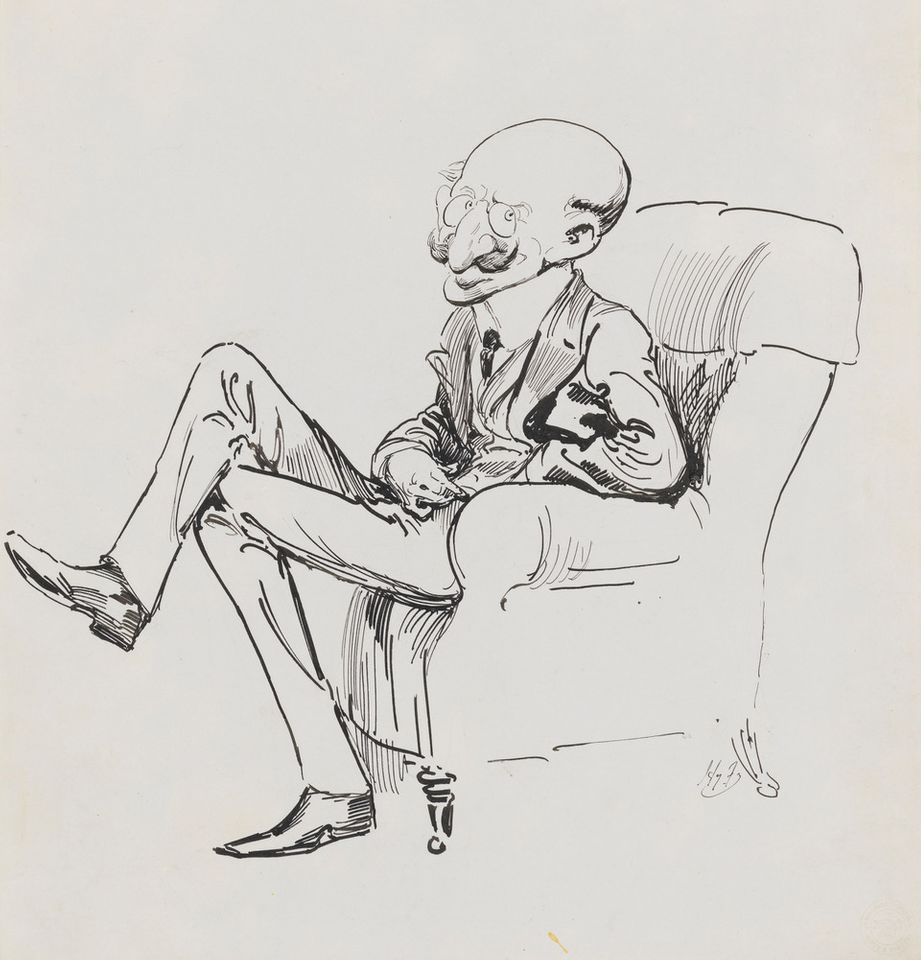 The Sutros bought Van Gogh’s Interior of a Restaurant, painted in Paris in 1887, on the advice of Edouard Vuillard, an artist friend. Vuillard painted domestic interior scenes, which may explain why the Van Gogh had caught his eye.

Vuillard told the Sutros, who admired his own work, that they “might like Van Gogh too”. Alfred later recalled: “It was a picture of chairs and tables in a café… intensely, curiously, amazingly attractive. My wife—a painter herself—loved it.”

Interior of a Restaurant depicts a working-class establishment, with long rows of tables. Although there are numerous customers at the back, attended by three waitresses, the foreground tables have not yet filled up. All that is there is a series of bottles and carafes, along with a single place setting.

The painting probably depicts the restaurant owned by the chef Etienne-Lucien Martin, whose establishment Van Gogh patronised in Avenue de Clichy, at the bottom of Montmartre. Martin may well be the man seated in the middle of the scene, with a large white napkin. Van Gogh once held a small “exhibition” there and it could be his paintings which appear in the background of Interior of a Restaurant.

In 1923 Esther Sutro published an article on Van Gogh in the Daily Herald. She wrote: “It may be years before his art is fully recognised, but the incontestable fact remains that Van Gogh was a great painter, and, in his own way, one of the greatest innovators in paint that the last century produced."

By 1932, in his memoirs, Alfred Sutro admitted that their early acquisition had now become valuable: “Poor Van Gogh, in his lifetime, could never sell a picture for more than a pound or two.”

Interior of a Restaurant was, by this time, hanging in the comfortable home of the Sutros in London’s Chester Terrace, facing Regent’s Park. A friend, writing about Esther in the early 1930s, reported that “the lady finds the picture more to her liking than a lot of cash at the bank”. Tacita Dean’s late father Joseph recalled seeing it there.

The Sutros kept Interior of a Restaurant until Esther’s death in 1934. She died without making a will and her sister Florence Van Gruisen sold the painting, since the estate needed to be divided among siblings. Dean believes that it went for £2,500. The picture was bought by Murray Danforth who was from Providence, Rhode Island.

Interior of a Restaurant was eventually sold in 1996 at Sotheby’s, where it fetched $10.3m, a very large sum at the time. It was bought by the London dealer Simon Dickinson, and Dean thinks that it then went to a Dallas buyer. Her inquiries have led her to believe that it is with a very secretive collector. Dean would love to be able to set eyes on the painting, which has not been publicly exhibited since 1990. 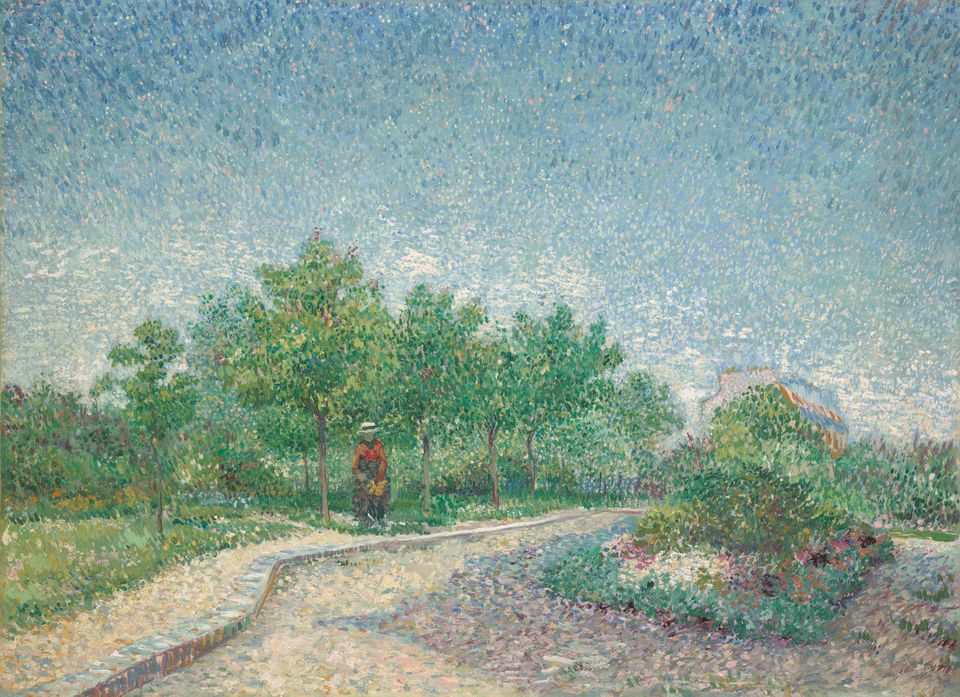 Probably inspired by Alfred’s early acquisition, his elder brother Leopold Sutro, a wealthy trader known as the Rubber King, also bought a Van Gogh, many decades later. In 1928 he acquired Square Saint-Pierre Paris (1887), which was sold just after his death in 1943. This painting is now at Yale University Art Gallery.

• From today the Van Gogh Museum in Amsterdam will be closed, with a tentative reopening date of 1 April, because of the coronavirus crisis. This follows a Dutch government ban on venues opening where more than 100 people gather, which includes museums. Otterlo's Kröller-Müller Museum, which has the world’s second greatest Van Gogh collection, has followed suit. In the US, the Metropolitan Museum of Art in New York is closed from today, for an undetermined period. The National Gallery of Art in Washington, DC will close from tomorrow, with a tentative reopening date of 4 April. Both American museums have important groups of Van Goghs.