To mark VE Day, we investigate the fate of Van Gogh’s masterpieces under Hitler and Churchill 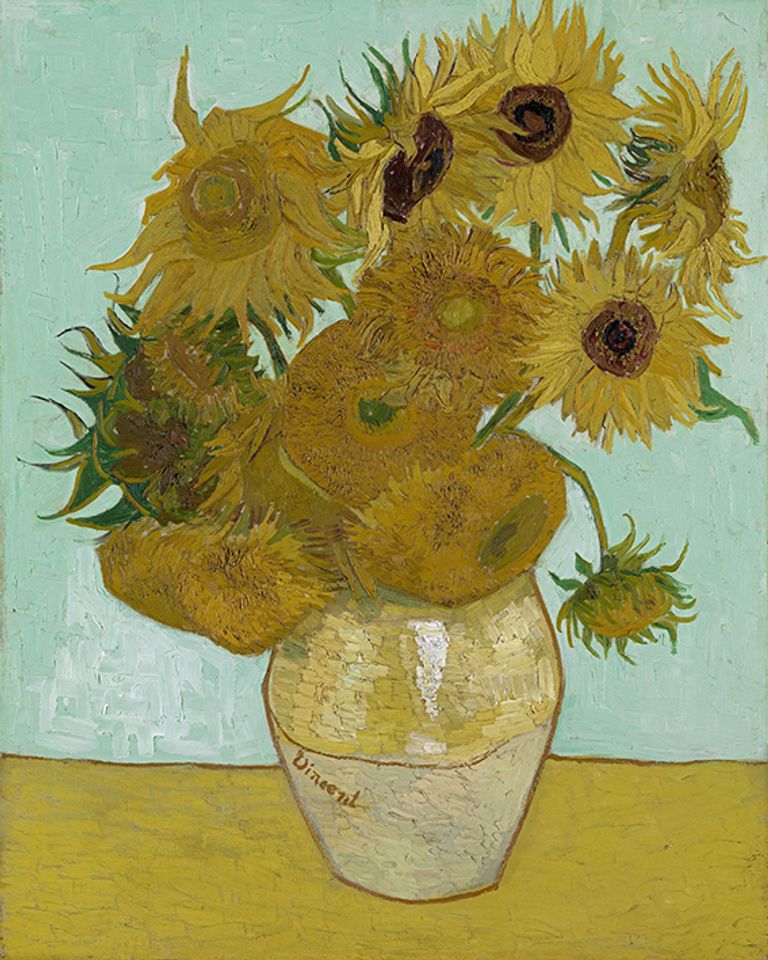 As the 75th anniversary of Victory in Europe Day is commemorated on 8 May, it is an appropriate moment to look at how the two finest Sunflower paintings survived the Second World War. What was the fate of these two masterpieces, on opposing sides of the battle line, during the Nazi era and the war?

Vincent van Gogh painted four Sunflower still lifes in August 1888, while awaiting the arrival of his colleague Paul Gauguin. The two most important ones depicted large bouquets—one against a turquoise background (now in Munich) and the other against a yellow background (now in London).

Hitler notoriously despised most modern art, branding it as “degenerate”. Many German museums were forced to sell off their Van Goghs in the late 1930s, with six of the artist’s paintings in Berlin, Frankfurt, Cologne and Munich being deaccessioned to raise foreign currency for the Nazi regime. These included Munich's Van Gogh self-portrait, now at Harvard Art Museums.

Munich’s Sunflowers, part of the Neue Pinakothek collection, was saved from this cull, although I discovered that two dealers, Otto Kallir-Nirenstein and César de Hauke, had both made secret approaches to try to buy the painting. The museum's director resisted pressure to sell off the Sunflowers and it was instead banished to the storeroom. 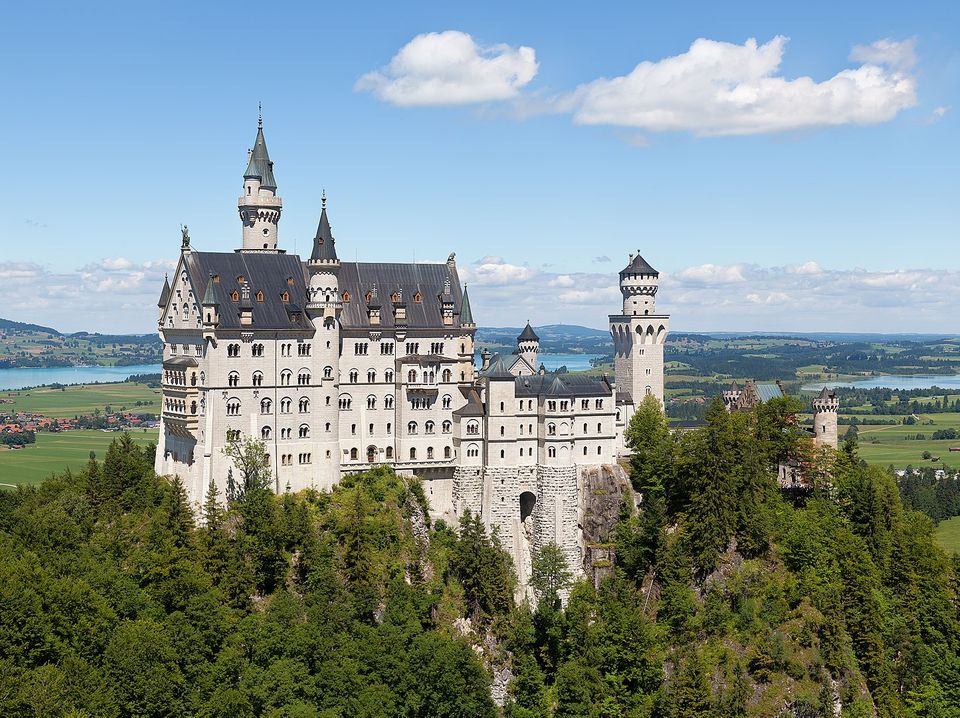 When war broke out in September 1939 there were immediate fears that the Allies would bomb German cities. Later that month many of the Neue Pinakothek’s pictures, including the Sunflowers, were evacuated to Schloss Neuschwanstein, “Mad” Kaiser Ludwig’s fairytale castle in the foothills of the Alps close to the Austrian border. There the Munich paintings remained for the rest of the war.

In spring 1945, as Allied forces advanced into Germany, the Nazis hatched a plan to blow up Neuschwanstein, to prevent the artistic treasures falling into enemy hands. Fortunately, the order was ignored. Thomas Howe, a former San Francisco museum director who arrived two days after American troops reached the castle, was amazed to find the servants’ rooms crammed with “stacked paintings from the museums of Munich”.

Returning the paintings to Munich proved to be a major logistical operation and the Sunflowers did not arrive back until April 1946, after the winter snow had melted and nearly a year after VE Day.

At the end of 2018 the Neue Pinakothek was closed for major renovations and is not due to reopen before 2025. In the meantime the Sunflowers temporarily hangs with highlights of Munich’s modern collection in the Alte Pinakothek. The Alte Pinakothek is currently closed because of coronavirus, but is likely to reopen on 12 May. 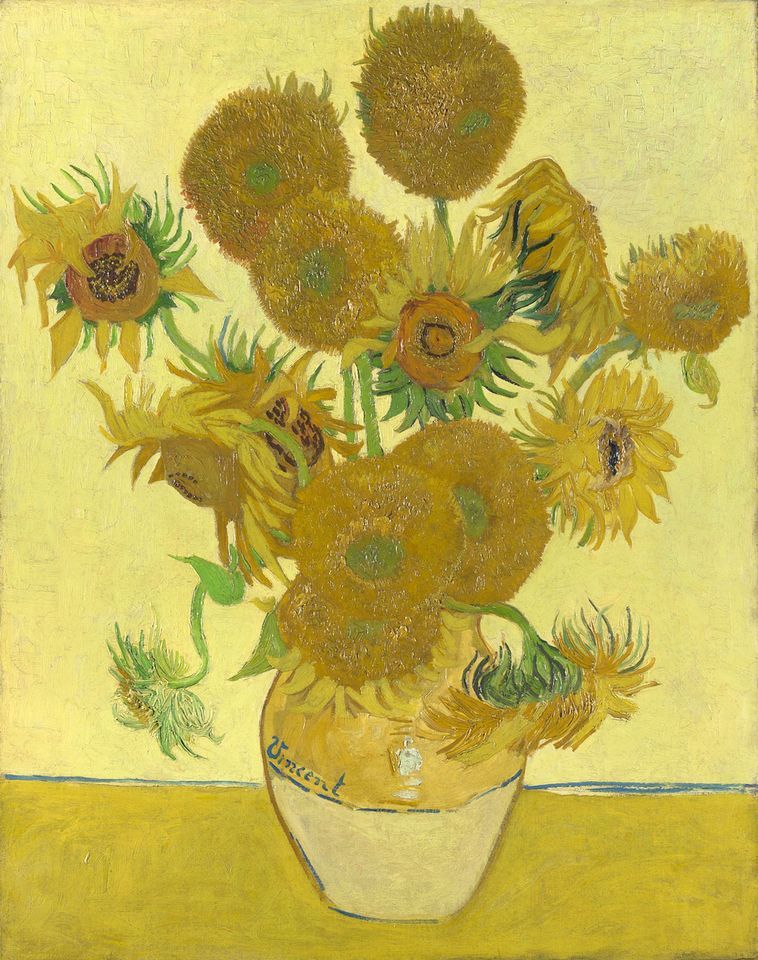 As for the London Sunflowers (1888), from its acquisition in 1924 it was shown at the Tate Gallery in Pimlico. The gallery closed a few days before the outbreak of war on 3 September 1939, when tensions were extremely high.

Churchill famously said of Britain’s art treasures during the war: "Hide them in caves and cellars, but not one picture shall leave this island.” The London Sunflowers, like its German counterpart, also ended up in a castle.

Tate curators packed the Van Gogh into a crate with works by Constable, Degas and Utrillo and sent it by train from Euston to Ravenglass, and then by lorry to Muncaster Castle, in the Lake District. Set beneath Scafell Pike, the highest mountain in England, this has been the home of the Pennington family for over 800 years. 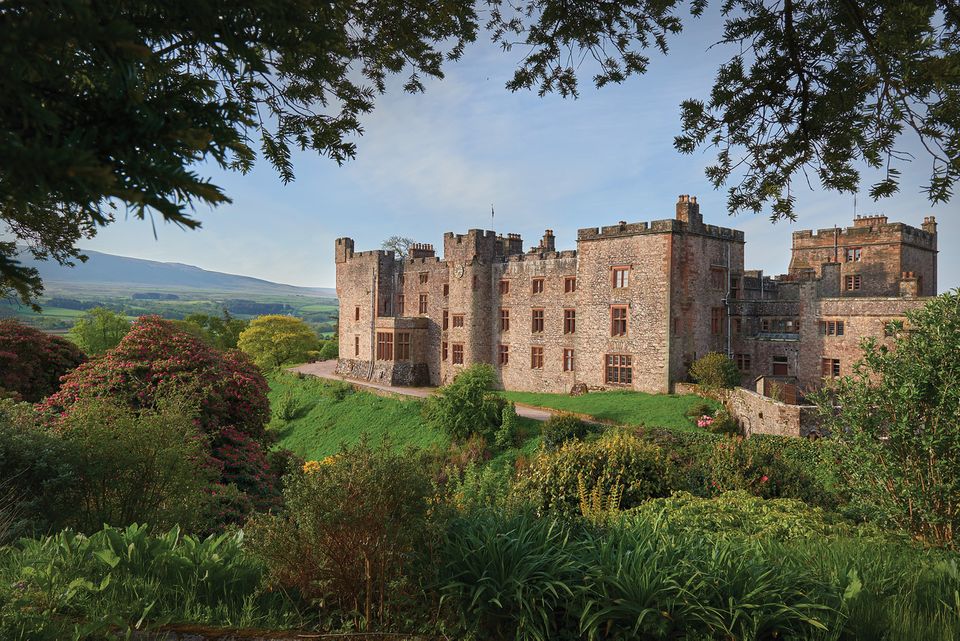 The Sunflowers was stored with other Tate paintings in one of the grand rooms on the ground floor of Muncaster Castle. Two years later Tate staff decided that the Van Gogh required urgent conservation.

The work was entrusted to Helmut Ruhmann, a German restorer who had fled the Nazis. He was then living in a farmhouse in the foothills of the Trossachs hills, north of Glasgow. After the Sunflowers arrived Ruhmann hung it in his modest sitting room, along with a Turner and a Whistler from the Tate. He later recalled: “Not a bad little collection to brighten up our wartime exile!”

Ruhmann’s wartime conservation equipment was makeshift. When adding a relining canvas to the Sunflowers, he used a cheese-grater to sprinkle powdered wax on the back of the original canvas as an adhesive. He then employed a laundry iron to heat the back of the new canvas. Finally, Ruhmann took a dentist’s burnishing instrument to flatten lifting paint.

The Sunflowers then went back to Muncaster and after the war, in October 1945, it was returned to the London. It was fortunate that the Tate’s paintings had been evacuated, since the Millbank building was badly damaged by bombing in 1940-41 (shrapnel damage is still very visible today on the exterior facade).

In 1955 the Tate was legally separated from the National Gallery, becoming a fully independent institution, and in 1961 some of the paintings were transferred from Millbank to Trafalgar Square—including the Sunflowers. The Van Gogh still life quickly became the National Gallery’s most popular painting. It is reputed that the section of the floor in front of the Sunflowers is the most scuffed in the entire gallery.

To read a news feature on what can we learn from museums during the Second World War, click here.