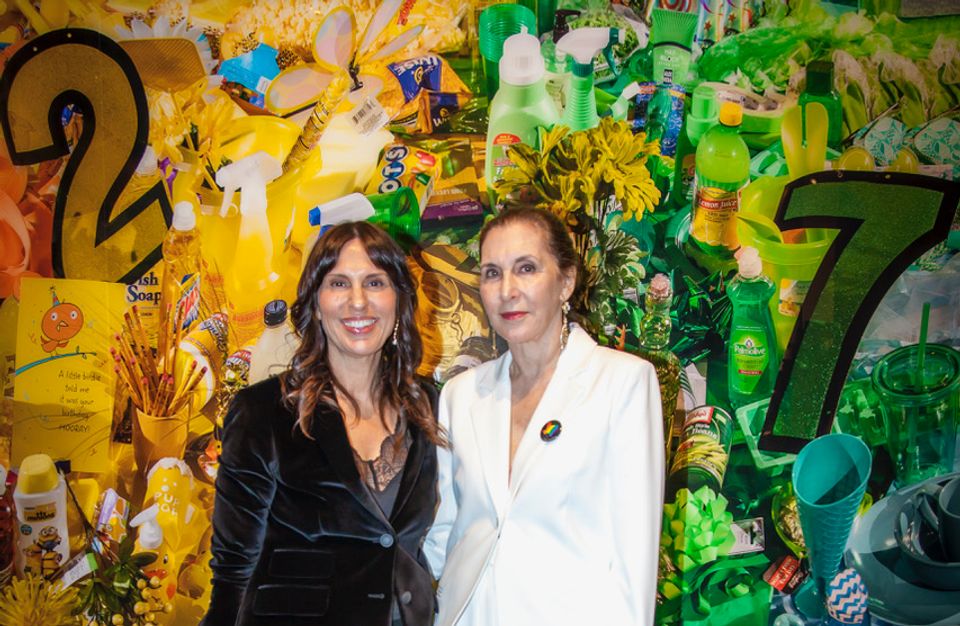 For Laurie Simmons, clothing is not just a seduction but a political tool. Coupled with interior design, it has informed the composition and context of her photographs for the last 40 years. On the afternoon before the VIP opening of Big Camera/Little Camera, her splendiferous retrospective at the Modern Art Museum of Fort Worth, Simmons wore a pink t-shirt emblazoned with the name of Beto O’Rourke, the Democrat challenging Republican Ted Cruz for the US Senate.

“Texas friends and New York friends,” Simmons implored the 200 guests attending a patrons’ dinner in her honour that evening, “please try to make friends?” By this time, she had changed into a blazing white suit showing décolletage rather than campaign slogans, and cast a knowing smile at her hometown posse. It included the socially conscious “Lipstick Queen”, Poppy King, who was present as Simmons’ cosmetics collaborator on a limited-edition lipstick fashioned after the artist's tiny, 1979 pictures featuring a red one. The poppy-colored lipstick will benefit this museum as well as the MCA in Chicago, the show’s next venue. (Sorry New York, your loss!)

The 120 elements (photographs, film and objects) in this show needed the Texas-size galleries provided by Tadao Ando’s soaring architecture to accommodate the 26 distinct bodies of work on view, four for the first time. Big surprise! One dates back to Simmons's first, almost shy, black-and-white portraits of friends, from 1973 to 75 and go through to her porn-inflected Color Pictures of 2008 and beyond.

For most of her career, Simmons employed surrogates in the form of astutely costumed, small dolls, ventriloquist dummies and life-size sex dolls as emblems of prescribed gender roles, male and female, that her photographs both exploit and explode. “Her imagery is as potent today as it was 40 years ago,” observed Andrea Karnes, the exhibition’s curator. So is her fashion sense. (It’s not for nothing that the exhibition’s primary sponsors are Harper’s Bazaar and Jimmy Choo.)

Indeed, this game-changing year feels exactly right for Simmons as a feminist, social commentator, and above all, a colourist. “That’s my strength,” she nodded, when I mentioned it. But what Karnes really makes Simmons out to be is the most dystopian member of the Pictures Generation, a label that has never comfortably fit her generally unappropriated output, despite certain overlapping interests (doll parts, female sexuality, horror, clothes) with Cindy Sherman. 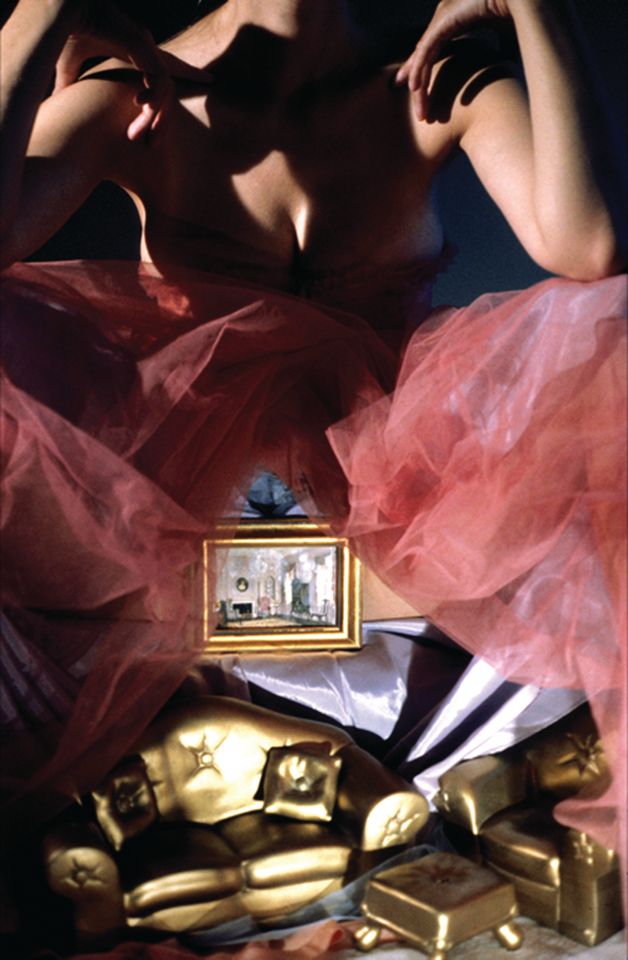 Laurie Simmons, Room Underneath (Gold) (1998) Credit: courtesy of the artist and Salon 94

Unbeknownst to most of her cohort, Simmons made a series of Fake Fashion (1984) photographs that are among the most striking in the show. Rather than portray fashion victims, as Sherman has, Simmons's subjects, posed against projected landscapes or interiors, willfully inhabit their bodies and their garb, sometimes shedding it along with their psychological skins. More disturbing, even ghoulish, is Underneath (1998), a series depicting headless women who raise their voluminous skirts to reveal dollhouse interiors in their crotches, as if giving birth to their material dreams.

With her best-known Walking Objects prints of 1988, they create an image of Simmons as a spokesperson for the isolating ambitions of women in outwardly content, bourgeois circumstances.

As in The Mess (2017), a mural-sized scatter of brightly coloured plastic products, what merely looks dazzling sometimes really is.

• Laurie Simmons: Big Camera/Little Camera, through 27 January 2019, the Modern Art Museum of Forth Worth, Texas