The Whitney delivers with an artist double-header: Zoe Leonard and Grant Wood 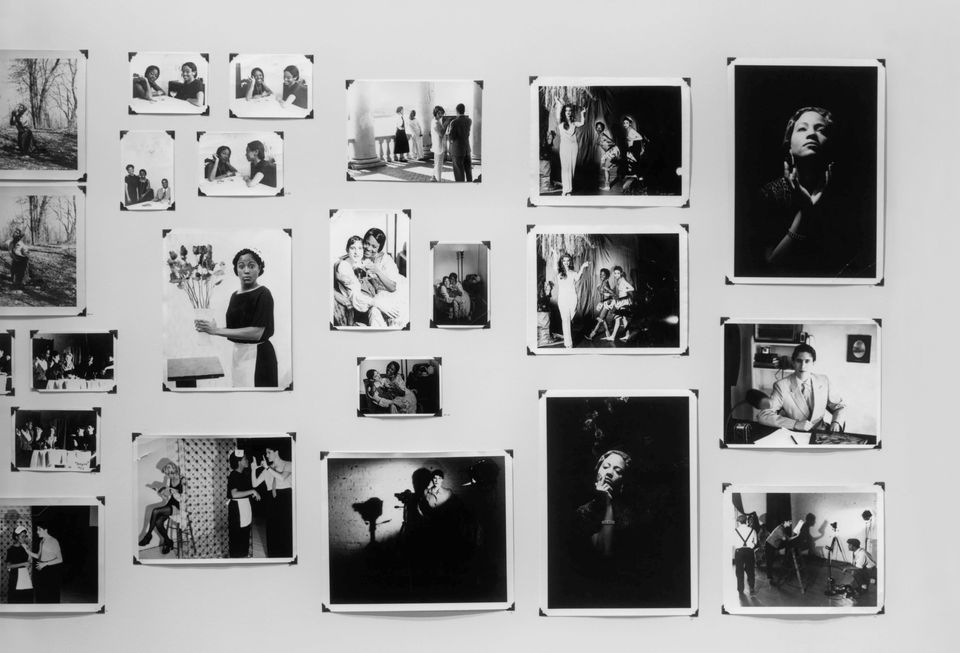 Last week, the Whitney Museum of American Art snapped locals to rapt attention with a whipsaw double-header opening. Zoe Leonard: Survey (until 10 June) is a profoundly affecting journey through urban experience and the activist artist's own perceptions of a world that communicates meaning from the framing and dissemination of images. Running at the same time, and installed on the same floor, the freaky Grant Wood show represents so opposite a pole of art history that it's difficult to negotiate the few feet between the exhibitions in a single visit.

I suggest taking a drinks break between them. Or, after seeing the Leonard, a time-out for a good cry.

Nearly six years in the making since the Los Angeles Museum of Contemporary Art curator Bennett Simpson partnered with the Whitney's Elisabeth Sherman, the spare and thoughtful installation packs a powerful punch with a poet's economy of means.

What they all share, and express, is a deep sense of loss-of friends to AIDS, of neighbourhoods to gentrification, of small business to globalism, of unmolested nature to the intrusions of tourism, and the New York skyline to terrorism. The show also includes Leonard's I Want a President broadside, which was recently adapted by The New York Times columnist Maureen Dowd without giving credit to its source.

Throughout the exhibition, the tone is tender but not mournful. Leonard's art lets us experience the ebb and flow of inevitable change as she did-as a journey through a psychic landscape where the centre never holds.

The show visibly moved the collectors, dealers, artists and curators from several institutions invited by the Whitney to a 27 February preview and dinner-and not just because they had all worked with, or befriended, Leonard. "I feel so emotional here," said Paula Cooper, her former dealer.

"We want a world where we can just sit around and think about clouds," Leonard said, in extended remarks. "Where we fight for beauty." For Wade Guyton, her words were instructive. "That was the best speech by an artist that I've ever heard," he said.

The following night, at the public opening, a disproportionately large portion of viewers for the show was made up of other artists, a telling measure of their respect for her work. Most were equally gob-smacked by Grant Wood.

Up until this exhibition, organised by Barbara Haskell, little was known about the man who painted American Gothic, Wood's formidable, 1930 painting of taciturn, Midwestern farmers. It's actually one of the lesser portraits in the show, which begins under a corncob chandelier that really ought to be reproduced for home use. Now we know better. This is no regionalist proponent of clean, country living but an artist of a much darker and more sensual vision, one for whom normalcy was delightfully perverse.

If Americans struggle with what it means to be American today, its creative prospects look pretty good from here.