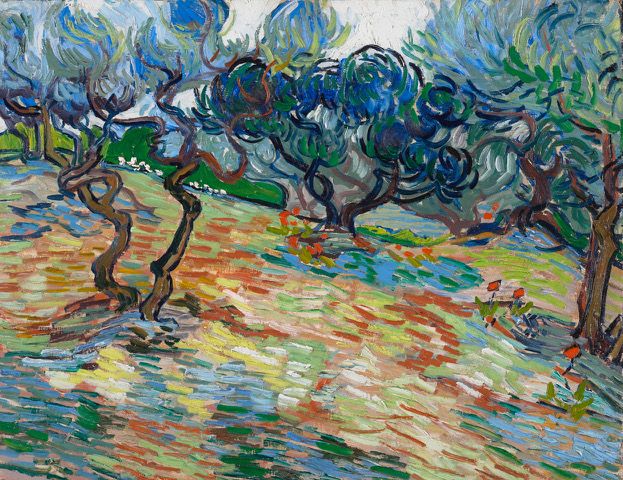 Van Gogh and the Olive Groves promises to be the most fascinating of the exhibitions scheduled for this year. Assuming the Covid-19 pandemic is tamed, it will open at the Van Gogh Museum in Amsterdam (18 June-12 September) and then travel to the Dallas Museum of Art (17 October-6 February 2022). Spotlighting new research, the curators hope to reassemble nearly all the 15 paintings that the artist made of the ancient olive groves that surrounded his asylum in Provence.

The Van Gogh Museum is also planning two other shows and—understandably, in the Covid-19 era— they are centred on their own collection. Here to Stay (5 February-24 May) will look at new acquisitions, presenting 190 works that have entered the museum during the past decade. What promises to make it special are the stories that will be told about how individual paintings and drawings were acquired—tales which normally go untold.

The Amsterdam museum’s autumn show will be on Van Gogh and the Potato Eaters (8 October-16 January 2022), centred on the artist’s only group portrait (1885). This will bring together the final version of his earliest masterpiece and associated oil studies and drawings. 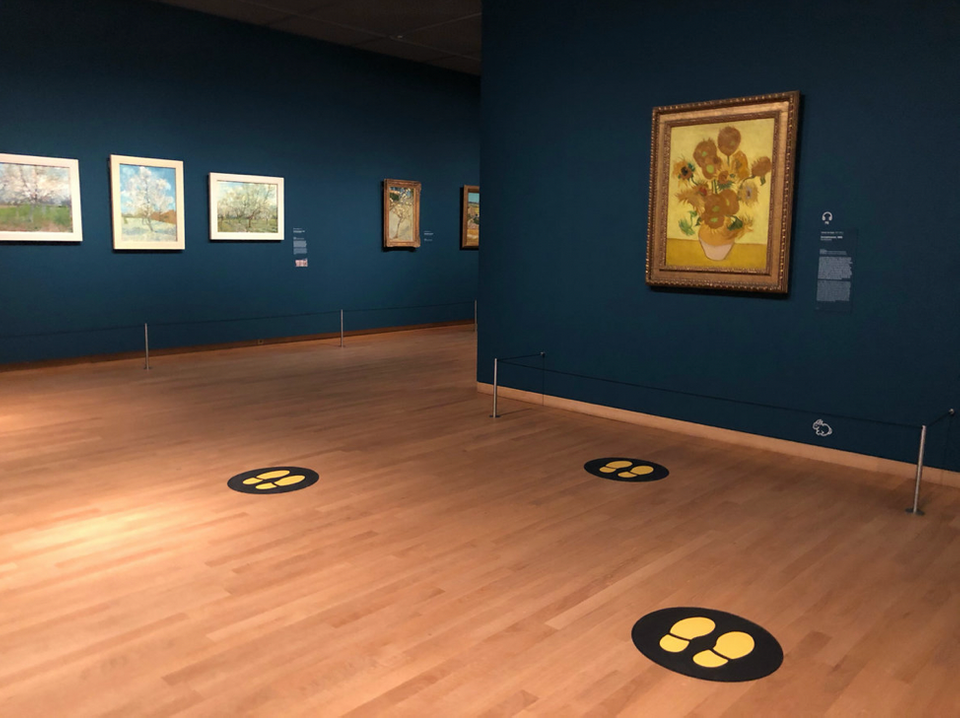 The Van Gogh Museum’s exhibition programme is ambitious considering that its building is currently closed until 19 January because of Covid-19. An announcement from the Dutch government is expected early next week on whether the lockdown will need to be prolonged.

Last year the Van Gogh Museum had only 517,000 visitors, a quarter of the usual number. Normally it generates nearly 90% of its own income, mostly from ticket sales, and the March 2020 lockdown and closure would have meant a loss of around €4m a month. To lessen the impact, some exhibitions and other projects were immediately cancelled, resulting in job losses. When Emilie Gordenker took over as director last February she could never have imagined the crisis that she would be facing just a month after her arrival. Financial stability for the museum is now unlikely to return before at least 2023. 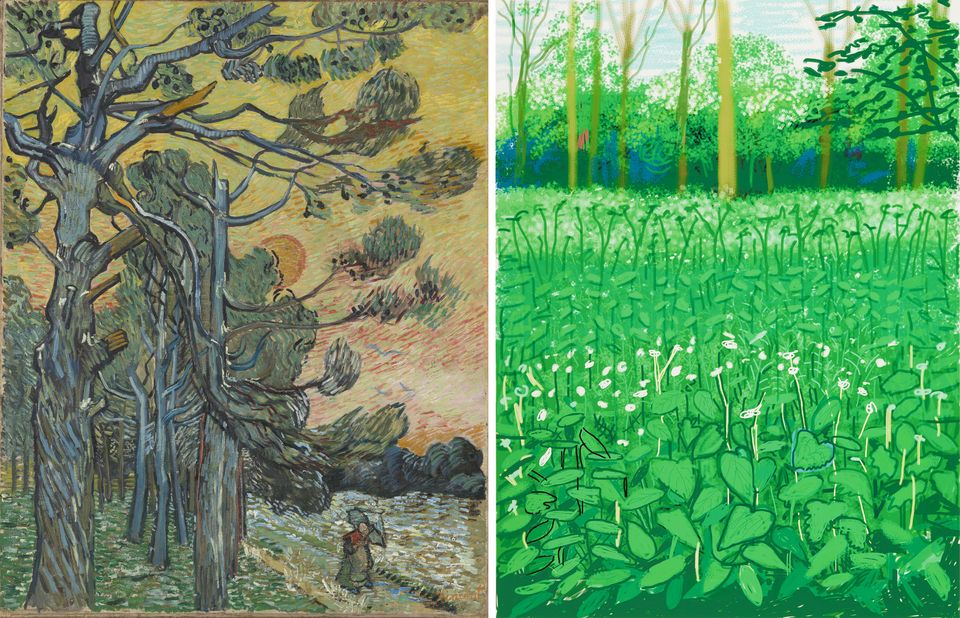 In Houston, the Museum of Fine Arts will be presenting Hockney-Van Gogh: the Joy of Nature (21 February-20 June). With 50 works by Hockney and ten by Van Gogh, this is a slightly revised version of an exhibition presented at the Van Gogh Museum in 2019 (which attracted 360,000 visitors). 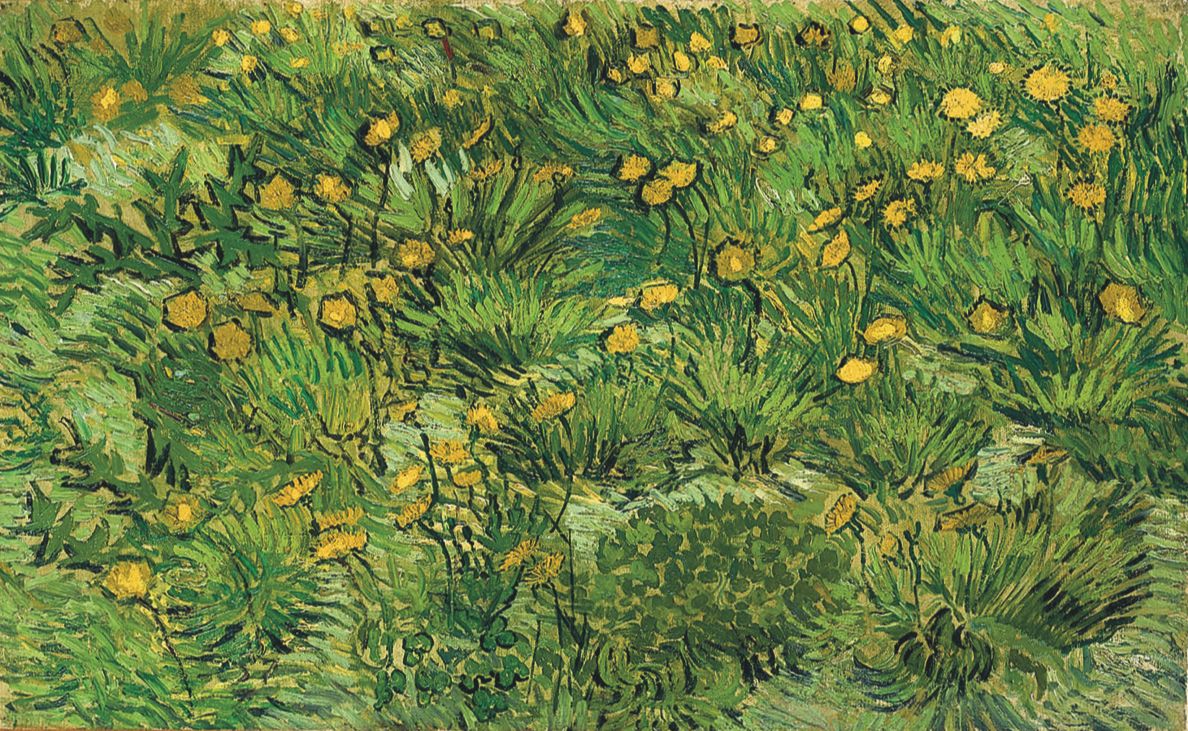 Vincent van Gogh’s Dandelions (spring 1889), to be included with works by Laura Owens at the Fondation Vincent van Gogh Arles Courtesy of the Kunst Museum Winterthur (gift from Herbert and Charlotte Wolfer-de Armas, 1973)

In Arles, where Van Gogh produced his greatest work, a small group of his paintings will be shown alongside those of Los Angeles artist Laura Owens. Laura Owens & Vincent van Gogh, delayed from last year, will be at the Fondation Vincent van Gogh Arles (1 May-31 October). 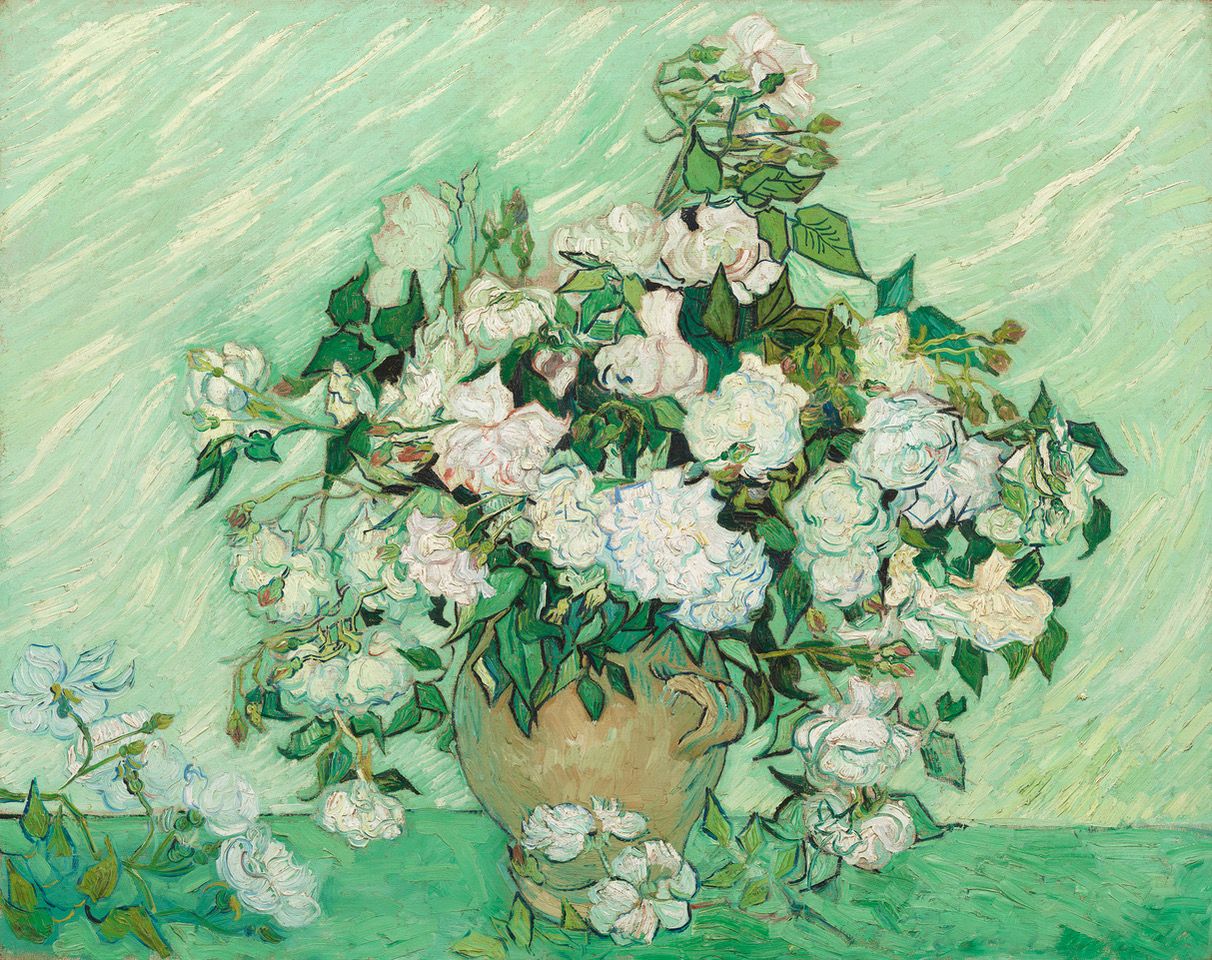 Vincent van Gogh’s Roses (April 1890), to be included with works by other artists who influenced the Dutch master at the art museums of Columbus and Santa Barbara Courtesy of the National Gallery of Art, Washington, DC

Also scheduled for last year, but delayed because of coronavirus, is Through Vincent’s Eyes: Van Gogh and his Sources. This will present 15 works by Van Gogh with 90 by other artists who influenced him. It will now run at the Columbus Museum of Art in Ohio (12 November-6 February 2022) and then go to the Santa Barbara Museum of Art in California (27 February-22 May 2022).

One of the big museum events of the year will be the opening of a major new David Chipperfield-designed extension at the Kunsthaus in Zurich, which is Switzerland’s largest art museum. It is now due to open on 9 October. For Van Gogh aficionados, there will be seven of his paintings in the Emil Bührle collection gallery and four in the main Kunsthaus display (plus possible loans—some from the Niarchos collection have been shown in the recent past). The Bührle’s Bridges across the Seine at Asnières (1887) has just been cleaned of discoloured varnish, bringing it back closer to its original condition.

In terms of books, it is good news that the Dutch writer Willem-Jan Verlinden’s The Van Gogh Sisters will be available in English (Thames & Hudson, 25 March). It presents a fascinating and relatively unknown story: Anna, Vincent’s eldest sister, worked as a teacher in England; Lies fell into poverty; and Wil spent half her life in a mental asylum.

Gloria Fossi’s book In Search of Van Gogh: Capturing the Life of the Artist through Photographs and Paintings traces the life of the artist by following in his footsteps (Harper Collins, US 31 August and UK 29 September).

And finally, let’s hope 2021 sees progress in tracking down a stolen painting: The Parsonage Garden at Nuenen in Spring (1884), which belongs to the Groninger Museum in the north of the Netherlands. The painting was on loan for an exhibition at the Singer Karen museum when it was stolen on 30 March 2020. This was shortly after the first lockdown and the criminals may have thought this would be an opportune moment to strike. It was also the 167th birthday of Van Gogh—but the crooks who stole the public’s treasured painting were probably ignorant of this poignant detail.

For more art highlights in 2021 see our essential guide to the year’s biggest art world events.