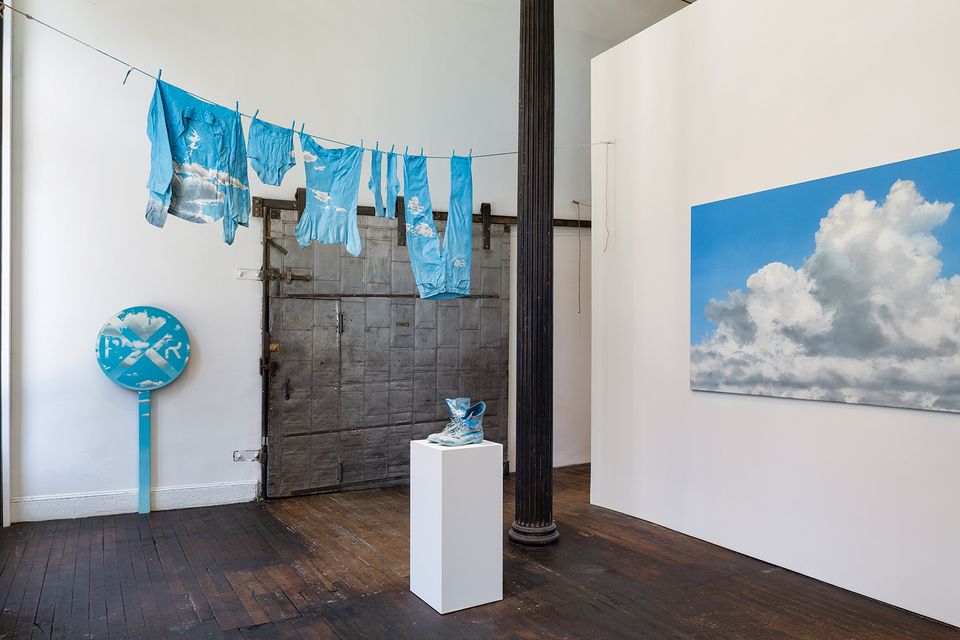 Every year, the arrival of June seems to have a Pavlovian effect on art dealers. Everywhere, doors open to group exhibitions, often organised by outside curators and all kinds of artists.

That is the case for the serene Summer at Peter Freeman in SoHo (until 27 July), which is also a kind of special case, chiefly because its curator was the Swiss-born New Yorker, Ugo Rondinone. He is an artist known for his deft handling of work in nearly all media and scale, but he also has an excellent track record as the curator of two, sweeping exhibitions at the Palais de Tokyo in Paris and at the Barbara Gladstone Gallery in New York, which represents him.

“It’s a wonderful show,” said the Public Art Fund's director Nicholas Baume, the moment I stepped into the preview. “And there are fabulous people here.”

Indeed. Picasso biographer John Richardson was in the crowd picnicking in the gallery’s back room, as were the independent curators Neville Wakefield, Valerie Smith and Clarissa Dalrymple, the poet and artist John Giorno (Rondinone’s other half), artists Anthony McCall and Josiah McIlheny, and Sur Rodney, the longtime companion of the late Geoffrey Hendricks (aka Cloudsmith), whose work begins this six-person, season-specific show in the best way possible — with summer skies.

“Sky Laundry” — painted clothing — hangs between columns inside the gallery’s street window, surrounded by a sky-painted railroad sign, boots, a shovel and a cloud painting on canvas. To friends and colleagues, and to himself, Hendricks was the “Cloudsmith”, a moniker he picked up while an assistant to Fluxus founder George Maciunas and a performing member of that irascible group, expanding his sky paintings on chairs, ceilings and billboards — each one, like actual clouds, different from the next. They would remain the subject of his artistic pursuit till his death, at 86, in May. 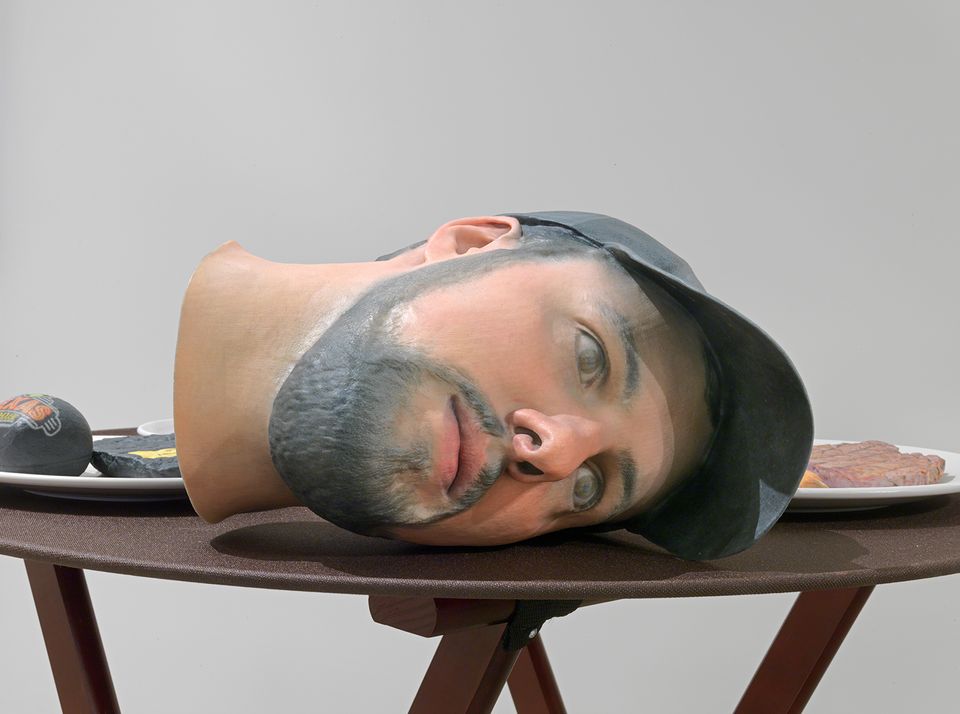 This was not a show straining for attention, like the more baleful Evidence, opening the same night at Metro Pictures (until 27 July). The show is co-curated by Josh Kline, a younger, more dystopian artist, who included his own, somewhat teeth-gnashing works with videos or sculptures by Paul Pfeiffer, Liz Magic Lazer, Paul Chan and Alyson Vieria that didn’t quite play well together. I expected sparks. What I got was a confrontation with our unbearable post-truth reality. Within the safety of an art space, however, it’s a fair shot at sanity.

By contrast, Rondinone’s curatorial outing was a self-effacing, thoughtful, beautifully arranged, non-political show, where small, hard-edged, surreal paintings by Emily Mae Smith could live comfortably with more aggressively abstract canvases by Shara Hughes. But the piece de resistance was the main space, where paintings from the 1980s and 90s by the Matissean Stephen Pace, and two, 80s-vintage autumnal “waterfall” canvases by Pat Steir framed short, resiny stalagmites by David Adamo and tall columns encrusted with stone and gold by Ned Smyth.

These are not names bandied about every day, or works one sees often, especially together. The Pace paintings, for example, were new to me. “Why does no one here know about Stephen Pace?” Rondinone wondered. Clearly, I was not the first to ask. “I guess it takes a Swiss,” he added, “to introduce a great American to Americans.”

At a time when the federal government is closing our borders, that happy statement was distressing.