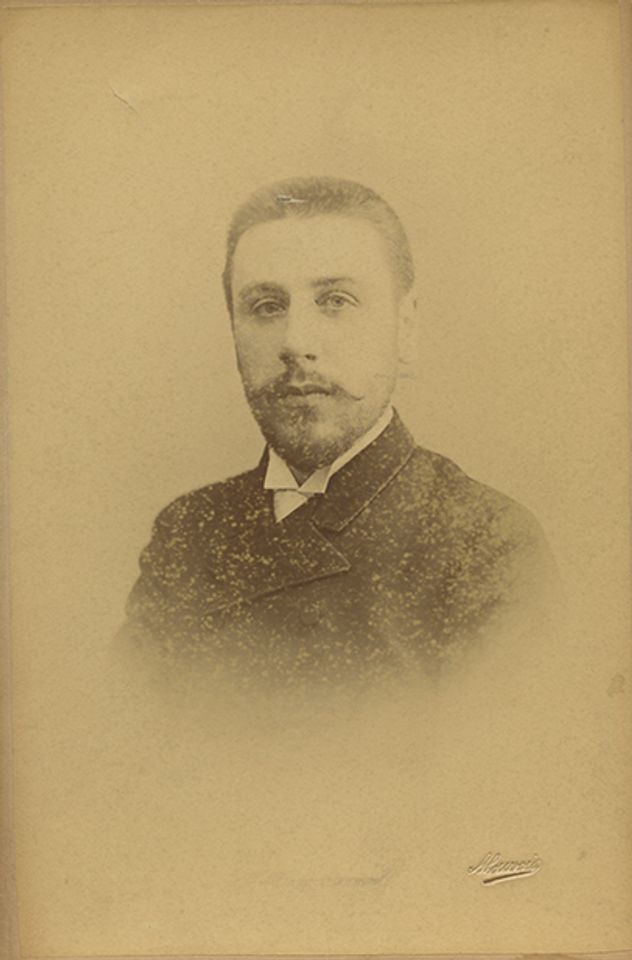 A tantalising and largely overlooked postscript in a letter suggests that Vincent van Gogh knew the young Victor Horta, who would eventually become the celebrated Art Nouveau and Art Deco architect. At the end of a published letter from Vincent to Theo, sent from Brussels in January 1881, he added a PS: “I hope to go to see Mr Horta one of these days.”

Vincent had arrived in Brussels in October 1880, to enrol at the Académie Royale des Beaux-Arts. Horta, who had just turned 20, moved to Brussels early the following year to study architecture at the academy.

It is highly likely that they met as fellow students. But since only one other letter from Vincent to Theo between January and April 1881 survives, there is no confirmation.

In Horta’s memoirs, written more than 60 years later, he mentions an early encounter with “a friend of the great and illustrious painter Van Gogh who came to pass some time in Ghent”. This presumably refers to a mutual friend who visited Ghent.

Van Gogh found studying in an institution difficult and only remained very briefly at the Académie Royale des Beaux-Arts. He left Brussels in April 1881 to stay with his parents in the village of Etten. Horta remained in Brussels and went on to arguably become the most inventive architect of his generation. In 1893 he designed the Hôtel Tassel, which is now regarded as the earliest Art Nouveau building.

Among Horta’s most important later projects was the Palais des Beaux-Arts in Brussels, completed in 1928 and which still serves as the city’s major exhibition venue (and now known as Bozar). Fittingly, a few months before the architect’s death in 1947, the Palais hosted the first major Van Gogh retrospective in Belgium.