Vincent scrunched up a study for a second portrait of Marguerite Gachet, the daughter of his Auvers doctor

One of Vincent van Gogh’s most striking portraits depicts Marguerite Gachet, his doctor’s 21-year-old daughter, who is playing the piano. Vincent, delighted with the result, planned to paint another picture of her, this time at the harmonium. It has always been assumed that he never began the second picture—but a new book challenges that.

After completing Marguerite Gachet at the Piano in late June 1890, Vincent wrote to his brother Theo to say that his friend Dr Paul Gachet had “promised to get her to pose for me another time with a little organ”, their harmonium.

Yves Vasseur, the author of the forthcoming book Vincent van Gogh: Matters of Identity, argues that the artist made a study for a second portrait with the harmonium. He has found what he believes to be a copy of the lost work—and has even tracked down the actual musical instrument. His book, which also suggests that two drawings at the National Gallery of Art in Washington, DC are fakes, is published in French and Flemish by Mercatorfonds this week and in English by Yale University Press next January.

The new evidence that Van Gogh began work on the harmonium picture is found in a 1961 document by Dr Paul Gachet’s son, Paul Gachet Jr. He recorded that his sister Marguerite had posed with the harmonium in the family home in Auvers-sur-Oise, the village where Van Gogh lived for the last few weeks of his life.

Gachet Jr, who was aged 17 at the time of Van Gogh’s stay, recalled in the document that the Dutchman had drawn “a light charcoal sketch” of Marguerite at the harmonium in preparation for a painting. Wanting to preserve the charcoal sketch, Van Gogh used a fixative liquid on the reverse, and then “laid it on a stone in the garden to dry”. Unfortunately, the drawing then stuck to the stone and when he tried to pick it up, it tore. Annoyed by the accident, the artist destroyed the sketch by scrunching it up into a ball—and abandoned the project.

The document, which is to be deposited in the archive of Amsterdam’s Van Gogh Museum, was discovered in the papers of Samuel Delsaut, who died in 1978. He was a member of the family Vincent had lodged with in Cuesmes, in the Belgian coalmining area of the Borinage. That was in 1880, when Vincent served as an evangelist among the miners, just before setting out to become an artist. In the late 1950s Delsaut became friends with Gachet Jr, to who gave him the signed document.

What adds weight to the story is the fact that in 1908 Gachet Jr had made a copy of Van Gogh’s destroyed sketch in oil paints. Although the painted copy has disappeared, Vasseur unearthed a black-and-white photograph, which he is publishing for the first time. He believes that it represents a faithful copy of the composition. I myself wonder if it is more of an homage, loosely based on Van Gogh’s original idea. 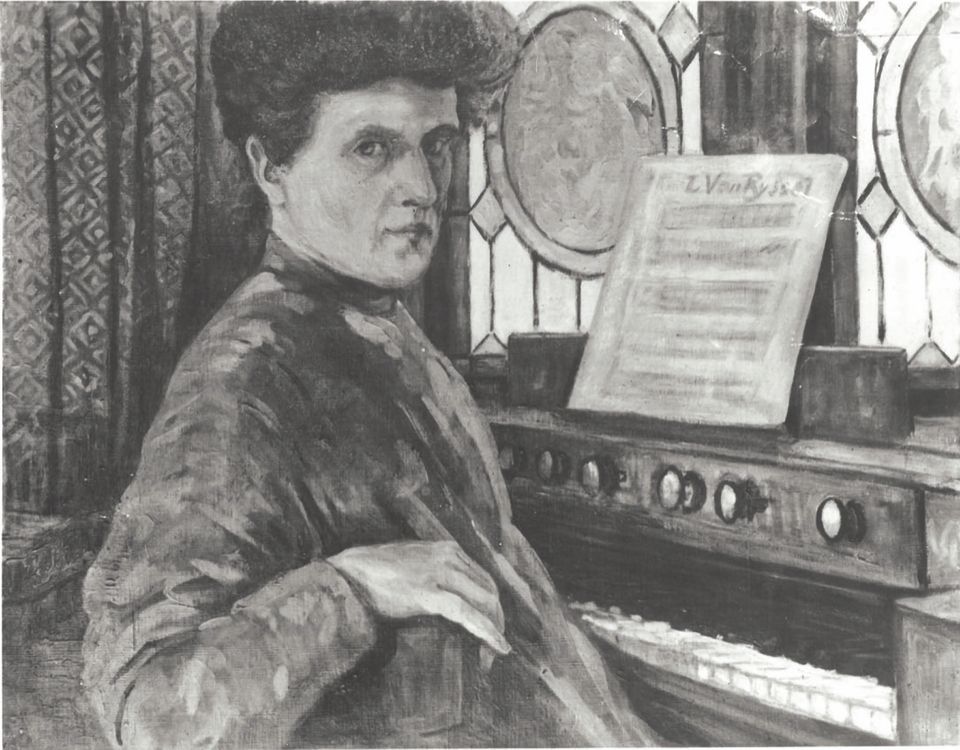 Gachet Jr’s copy shows Marguerite as an older woman as she would have been in 1908, aged 38— not as the 21-year-old whom Van Gogh met. Marguerite is sitting, not playing the instrument as she is in Marguerite Gachet at the Piano. The scene is certainly in the Gachet salon, since it includes two Florentine Renaissance stained glass roundels in the window. The sheet music is headed “L Van Ryssel”, representing Gachet Jr’s pseudonym, Louis van Ryssel.

The painted copy was sold in 1963 to the Cuesmes municipality, which was turning the local house where Van Gogh had lodged into a museum and visitor centre. Although Gachet Jr’s painted copy was almost certainly received, it later disappeared in unknown circumstances many years ago. Vasseur’s extensive efforts to track it down proved unsuccessful. 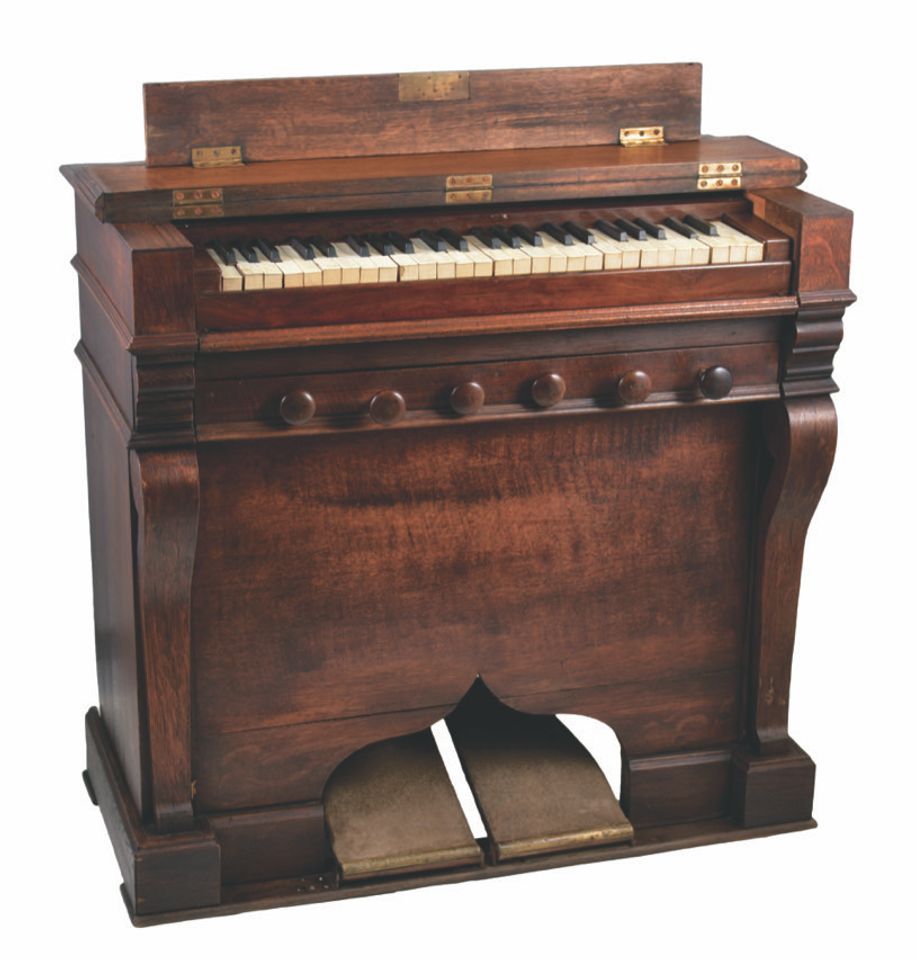 Vasseur had more luck with the actual harmonium, which had also been bought by the Cuesmes municipality. In June he found it in a museum storeroom in the neighbouring city of Mons, where its provenance had been lost. Until its rediscovery, the harmonium had been regarded as a nondescript instrument of little importance. Now recognised as having been depicted by Van Gogh, it is to be restored.

It is even possible that Van Gogh may have played a few notes on the Gachet harmonium. Five years before his arrival in Auvers he had taken piano lessons, although they didn’t continue for long. His friend Anton Kerssemakers recalled that “he was always comparing painting with music”. This annoyed his teacher: “During the lessons Van Gogh kept comparing the notes of the piano with Prussian blue and dark green or dark ochre to bright cadmium, and so the poor man thought he must be dealing with a madman.”

• The Van Gogh Worldwide website was launched this week, set up by Amsterdam’s Van Gogh Museum, Otterlo’s Kröller-Müller Museum (which holds the second most important Van Gogh collection) and the Netherlands Institute for Art History (RKD). It records 1,008 Van Gogh paintings, drawings and prints in Dutch collections, and will be enlarged next year with data from most of the other 1,000 works in foreign collections. For each work, a high-definition image is provided, along with basic data, provenance, exhibition details and a bibliography. The website should represent a major contribution for Van Gogh scholarship.

• Following a Dutch government directive, the Van Gogh Museum and the Kröller-Müller Museum closed from 5 November, because of the worsening coronavirus situation. The initial closure period runs until 19 November.