A Provençal drawing coming up at Christie’s New York is based on a painting in Washington, DC 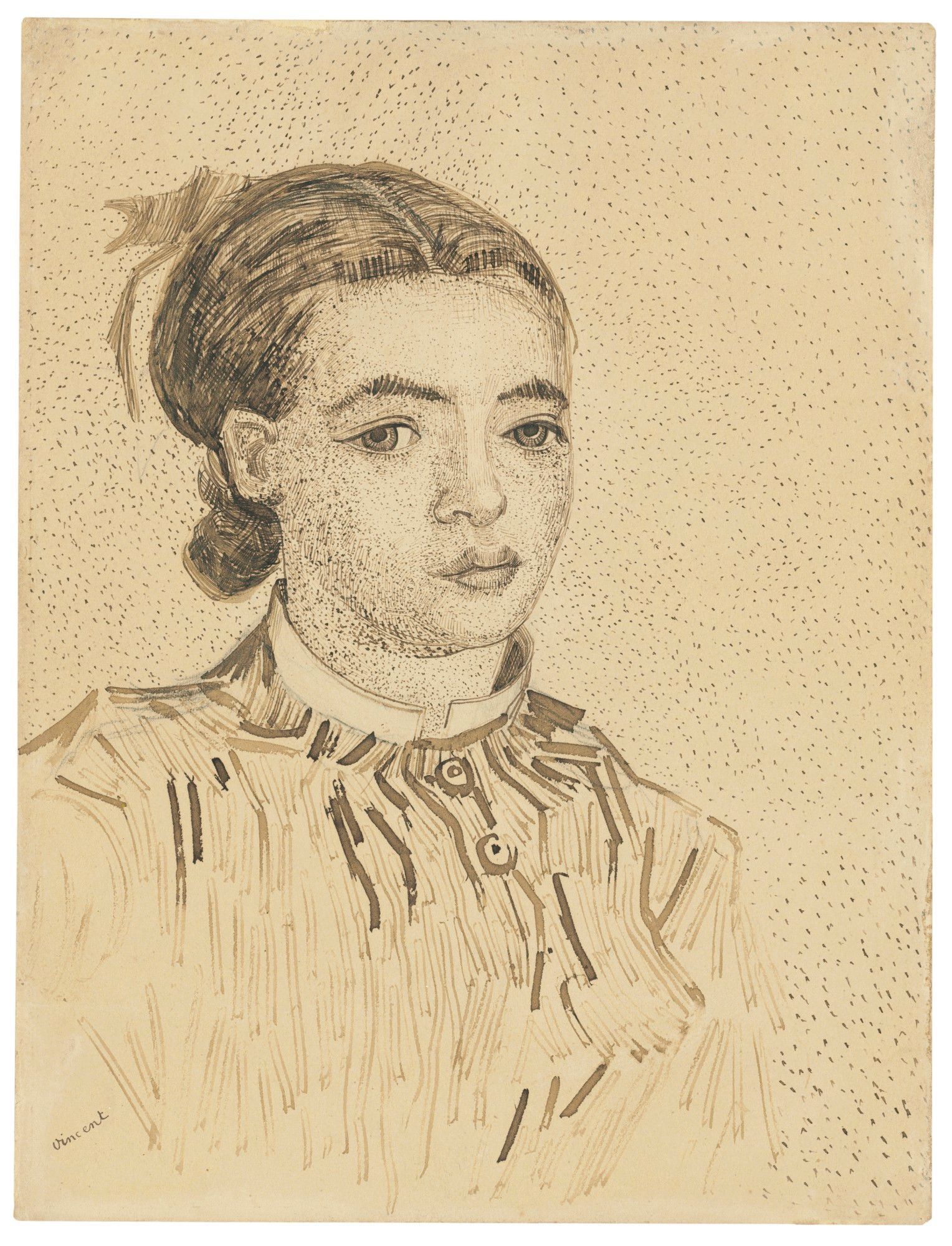 A London art dealer's family are selling Van Gogh’s Japanese-inspired drawing of a girl from Provence. Estimated at up to $10m, La Mousmé (1888) could well be the most expensive of his drawings ever sold at auction. It will come up at Christie’s in “A Family Collection: Works on Paper, Van Gogh to Freud”, a live-streamed sale from New York on 1 March.

Although unreported, we can reveal that the Van Gogh was looted during the Nazi era and later restituted to its US owner. The current owner is not being identified by Christie’s, but it is the family of the London dealer Thomas Gibson. 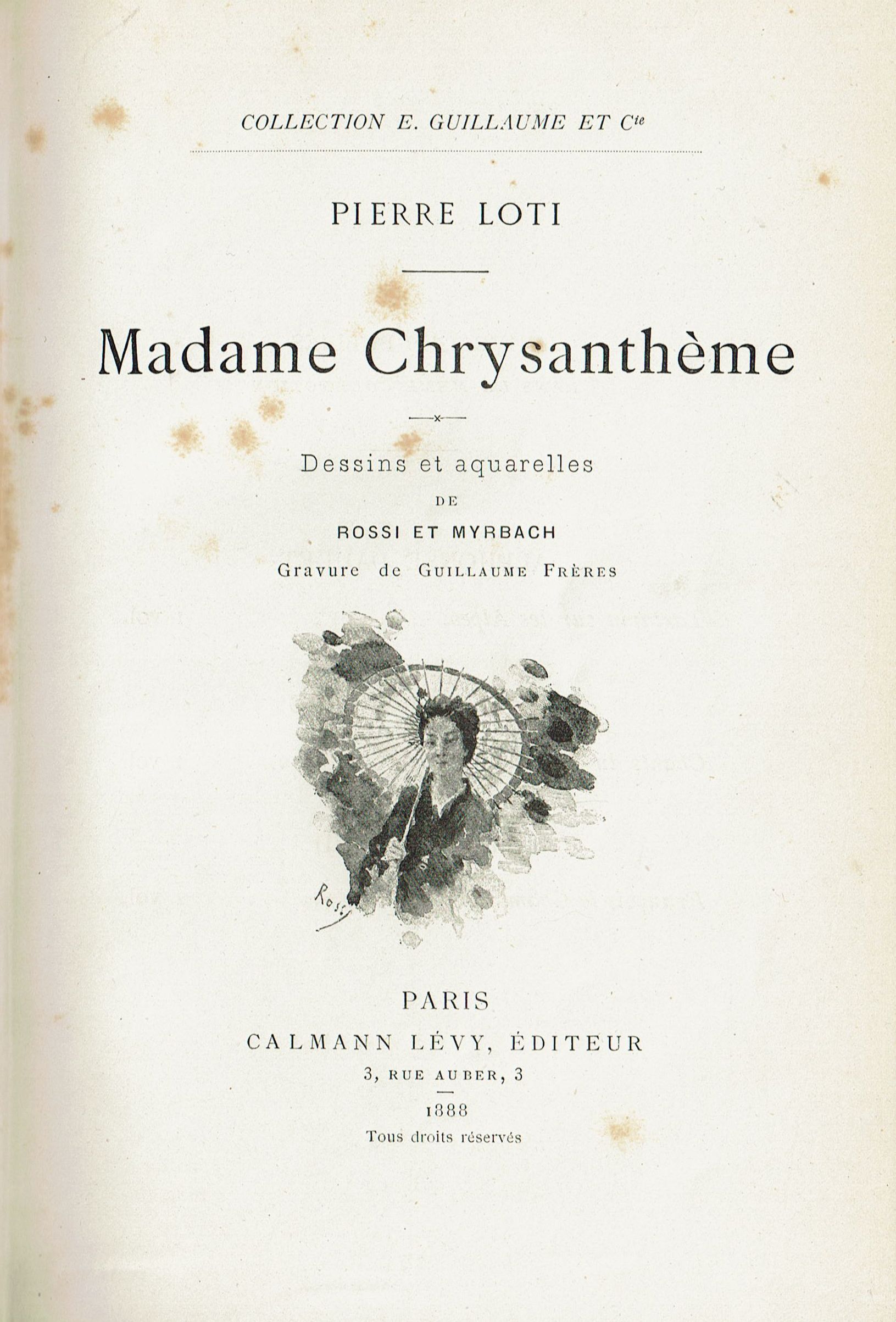 In late July 1888, while living at the Yellow House in Arles, Vincent made a painting of a mousmé, which is now at the National Gallery of Art in Washington, DC. He wrote to his brother Theo: “It took me my whole week, I wasn’t able to do anything else, having been not too well again. That’s what annoys me, if I’d been well I’d have knocked off some more landscapes in between times. But in order to finish off my mousmé I had to save my mental powers. A mousmé is a Japanese girl—Provençale in this case—aged between 12 and 14.” A few days later he made the drawing which is now coming up for sale, based on a detail from the painting. It is one of his finest works on paper, done partly with a reed pen. He beautifully captured the young women’s features, scattering dots across both her head and the background. The dots dance across the paper, bringing it to life. Interestingly, the girl in the drawing appears slightly more oriental than in the painting, with more almond-shaped eyes.

Van Gogh also made two lesser drawings after the painting—one at the Pushkin State Museum of Fine Arts in Moscow and the other, stuck into Paul Gauguin’s notebook Noa Noa, at the Musée d’Orsay in Paris. She was obviously an important sitter for Vincent.

And who is the mousmé? The young woman remains an enigma. However, the same sitter does seem to have been depicted by Christian Mourier-Petersen, in a little-known picture entitled Young Woman from Arles, now at the Hirschsprung Collection in Copenhagen (a delightful museum with 19th and early 20th century art). It was painted a few months earlier in 1888, when Van Gogh’s Danish friend Mourier-Petersen was working in Arles. It was probably the Dane who introduced the mousmé to Van Gogh, who always found it difficult to recruit sitters. 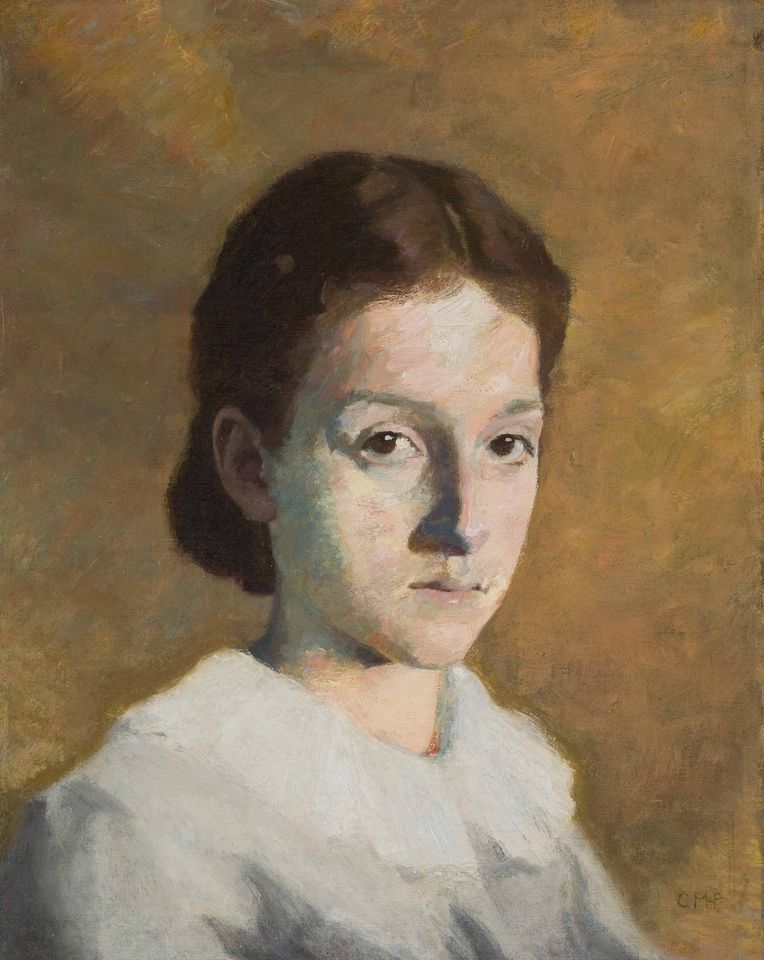 There is a legend that the mousmé was the daughter of a miller who lived in a windmill that Van Gogh painted (The Old Mill, 1888, now at the Albright-Knox Art Gallery, Buffalo, New York), but the evidence is scant.

Another suggestion was made by the writer Bernadette Murphy in her book Van Gogh’s Ear: the True Story. She argued that the young woman might be Thérèse Mistral, the 12-year-old niece of Vincent’s cleaner, Thérèse Balmossière. This, too, remains unconfirmed.

Interestingly, at least one other artist of the time also painted mousmés. Mortimer Menpes, an Australian-born British artist, had visited Japan and in 1885-86 he exhibited four paintings in London which he charmingly entitled “moosmies”.

And what happened to the Van Gogh drawing that is now coming onto the market? Vincent drew it for another Australian artist, John Russell, a friend who was then working in Belle Ile in Brittany. Altogether Van Gogh gave him a dozen drawn copies or versions of his paintings, including La Mousmé. These are now scattered around the world, with some in the Solomon R. Guggenheim Museum in New York, the Philadelphia Museum of Art, the Saint Louis Art Museum, the National Gallery of Art in Washington, DC, and the J. Paul Getty Museum in Los Angeles..

Van Gogh had an ulterior motive in sending the dozen drawings to Russell, since he was hoping that this might subtly encourage Russell to buy a painting by Paul Gauguin, which would help Gauguin with the rail fare to Arles. This ploy did not work, but Gauguin later managed to find the money and arrived at the Yellow House a few months later.

Russell sold La Mousmé anonymously at auction in Paris in 1920. It was soon acquired by Kurt Hirschland, a banker living in Essen with his wife Henrietta. They were Jewish, and fled after the Nazis came to power, leaving for the Netherlands and ending up in the US.

Now comes another twist to the story that has only just emerged, thanks to research by Christie’s. La Mousmé was with the couple in Amsterdam and was confiscated at some point after the German invasion of the Netherlands in May 1940. Somehow the drawing was acquired by Amsterdam’s Stedelijk Museum in 1943. In 1956 it was restituted by the museum to Kurt Hirschland. He died a year later and the Van Gogh work passed to his son Paul.

Thomas Gibson, the London dealer, knew Paul Hirshland well and in 1983 he bought La Mousmé directly from him for an undisclosed sum. Gibson tells The Art Newspaper that he hung it on a wall: “It was always a special treat, giving me enjoyment every day.” Despite having the drawing for nearly 60 years, he says that he was “really not too interested in the identity of the sitter—she was simply a very beautiful girl with piercing eyes”.

The drawing is now owned jointly by Thomas Gibson's three sons—Miles, Sebastian and Hugh. In 2018 they lent La Mousmé to the Van Gogh and Britain exhibition at Tate Britain, which I co-curated. It was earlier displayed at New York’s Metropolitan Museum of Art (2005) and London’s Royal Academy (2010).