The suspect is linked to a Frans Hals theft, which should help track down paintings from two museums 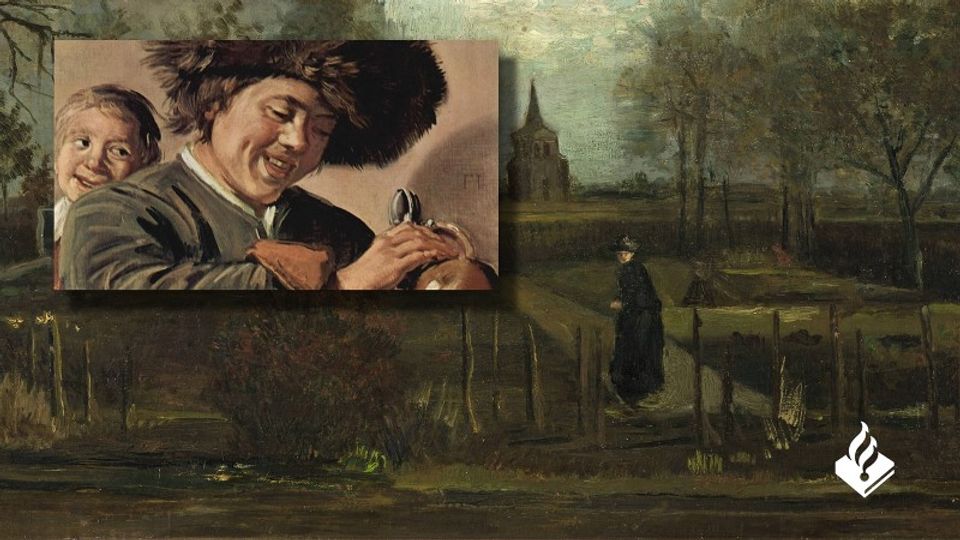 A montage publicising the arrest, showing Van Gogh’s The Parsonage Garden at Nuenen in Spring (March 1884) and detail of Frans Hals’ Two Laughing Boys (around 1626), with the Dutch police logo Courtesy of Netherlands Police

This week the Dutch police arrested a man over the theft of a Van Gogh stolen on 30 March 2020, the artist’s birthday. He is also suspected of involvement in stealing a major Frans Hals painting. Linking the two crimes suggests that detectives have made considerable progress in their investigation. 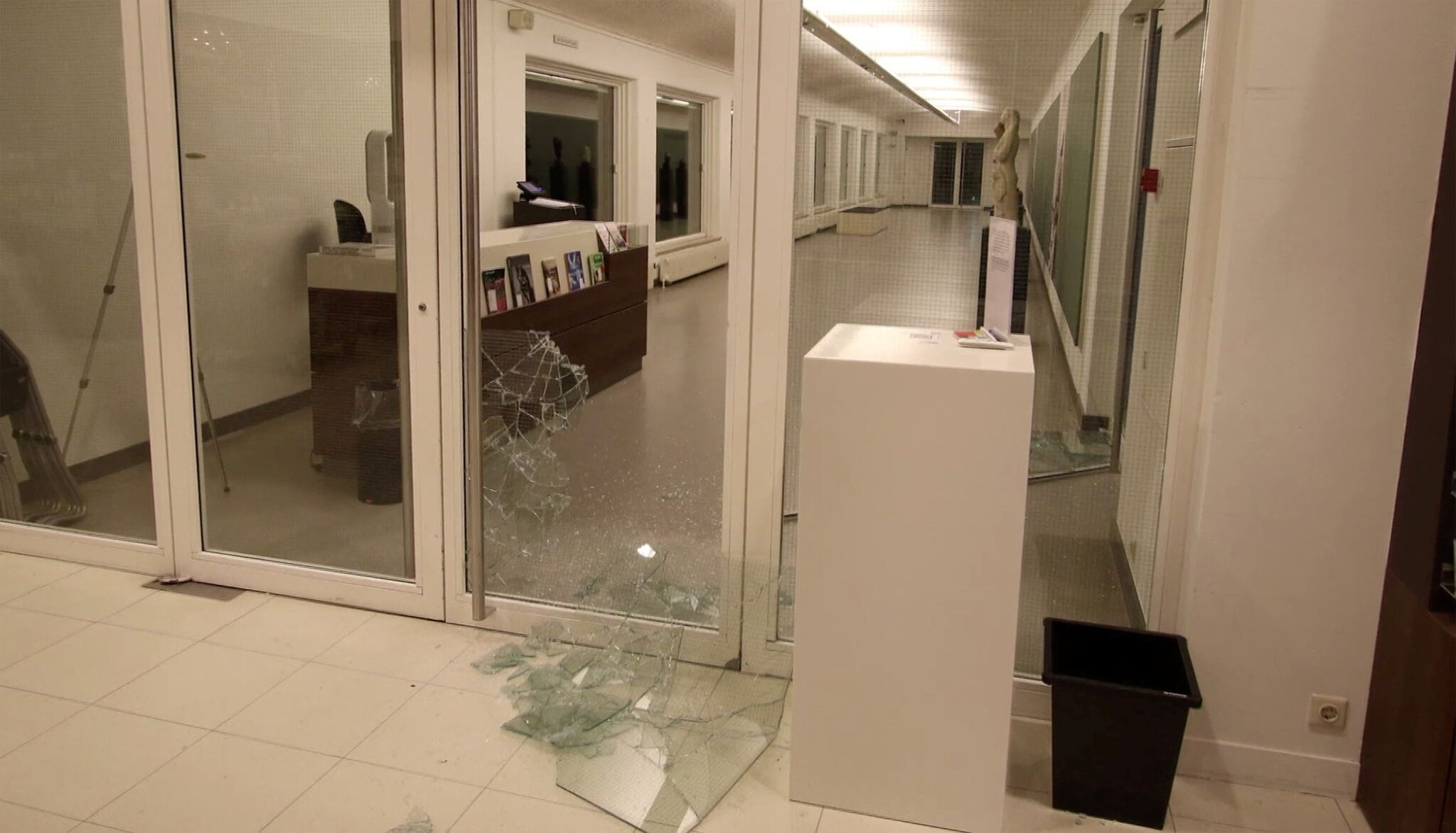 Vincent van Gogh’s The Parsonage Garden at Nuenen in Spring (1884) was in an exhibition at the Singer Laren museum, on loan from the Groninger Museum. It was stolen two weeks after the closure of the museum because of Covid-19. Security cameras recorded a man with a sledgehammer breaking glass doors to enter in the early hours of the morning. Others were presumably also involved in the theft and in subsequently handling the painting.

Last June the Dutch private detective Arthur Brand released photographs of the Van Gogh which included a copy of the New York Times. This “hostage image” appeared to confirm that the painting still survived. 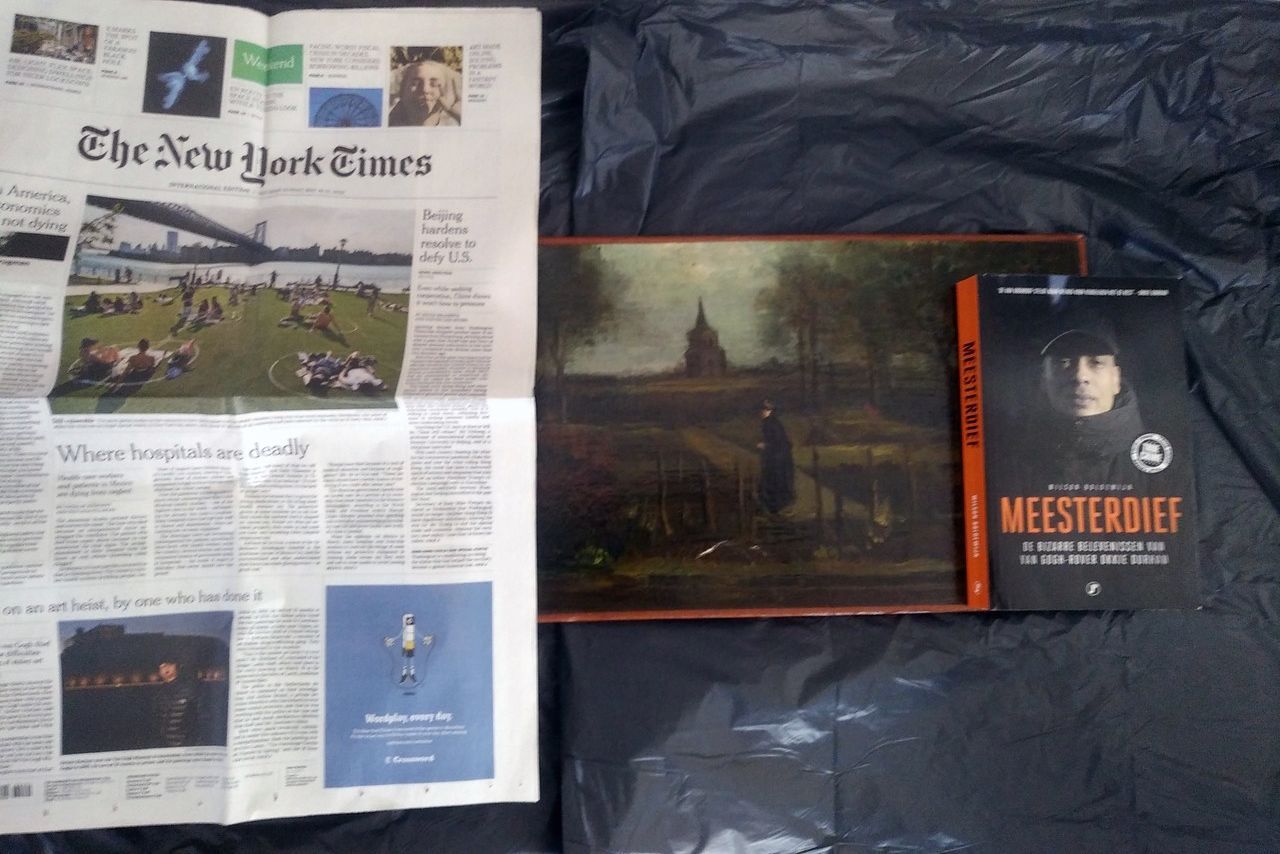 On 6 April an unnamed man was arrested in Baarn, a small town outside Utrecht. Dutch police also suspect him of involvement in the theft of the Frans Hals painting Two Laughing Boys (around 1626), which was stolen from the Hofje van Mevrouw van Aerden museum in Leerdam on 26 August last year.

The Dutch police said in a statement: “Intensive research was conducted into the robbery of both paintings. This has led to the arrest of a 58-year-old male… The man is suspected of stealing the paintings… This arrest is an important step in the investigation.”

A link has therefore been established between thefts against two museums within a five-month period, both close to Baarn—Laren is only 7km away and Leerdam is 38km away. Linking the crimes should hopefully mean that detectives can use evidence from both incidents to help track down the perpetrators. However, it is likely that the paintings are now in separate locations.

In the Netherlands there have been strong rumours that the Van Gogh and the Hals are being used as “currency” in the underworld, although their value would be well under a tenth of what the paintings would fetch on the open market. The criminals may also believe, erroneously, that the return of the works could be used as a lever to secure lenient treatment from the authorities for an imprisoned associate.

In making the arrest, the police may well have been acting on a tip-off. If so, detectives should have more information beyond the identity of the arrested suspect.

For art lovers, the question now is whether the police are nearer making recoveries. Andres Blühm, the director of the Groninger Museum, tells The Art Newspaper: “we are delighted about news of the arrest and hope that this will help recover the painting soon and in good condition”.

Evert van Os, the director of the Singer Laren, says that although the arrest has not been accompanied by a recovery, “it is now a year since the burglary, and every day we hope to receive good news”.

But recoveries may take time. After the theft of two paintings from Amsterdam’s Van Gogh Museum in 2002 it took 14 years before they were found in Italy. Meanwhile, the Dutch police are still appealing for further information from the public over the Laren and Leerdam crimes.