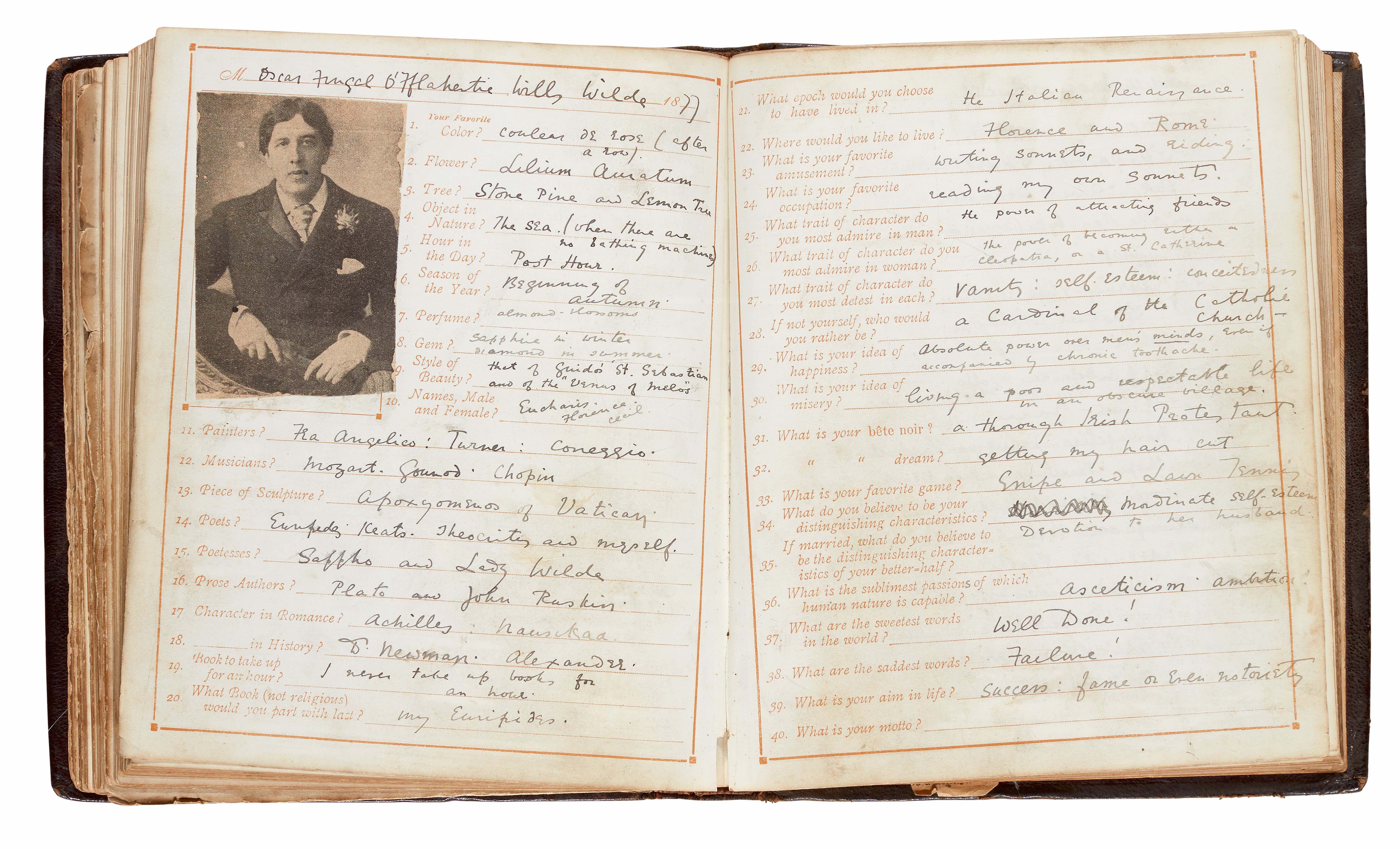 The questionnaire completed by Oscar Wilde in 1877 courtesy Sotheby's

Oscar Wilde’s sparkling wit was already in evidence in his early 20s if a questionnaire completed by the revered Irish playwright—currently available in a Sotheby’s online auction—is anything to go by. The revealing new document comes from the album of Mental Photographs published in 1877. “Signed grandiosely with his full name, ‘Oscar Fingal O'Flahertie Wills Wilde’, he answers 39 personal questions recording a myriad of different preferences from his favourite colour, flower, season, tree and perfume, to gems, first names, painters, musicians, poets and more,” a Sotheby’s statement says. Some of Wilde’s sparkling responses include: “What is your favourite occupation? Reading my own sonnets; What trait of character do you most admire in [a] woman? The power of becoming either a cleopatra or a St Catherine; What is your dream? Getting my hair cut.” The album comes from the collection of the actor Steven Berkoff, a Wilde devotee, who appeared as the villain General Orlov in the James Bond film Octopussy. The enlightening Q&A is offered as part of Sotheby’s Summer Miscellany sale of Books and Manuscripts (estimate £40,000-£60,000) alongside a number of first editions by Wilde, also from the collection of Berkoff. Bidding closes 4 August.