A feeble congress and the raising up of poetry in Cuba

While the Eighth Congress of the Cuban Communist Party ignored the needs of the people, the activist group 27N published a manifesto encapsulating their aims for the future 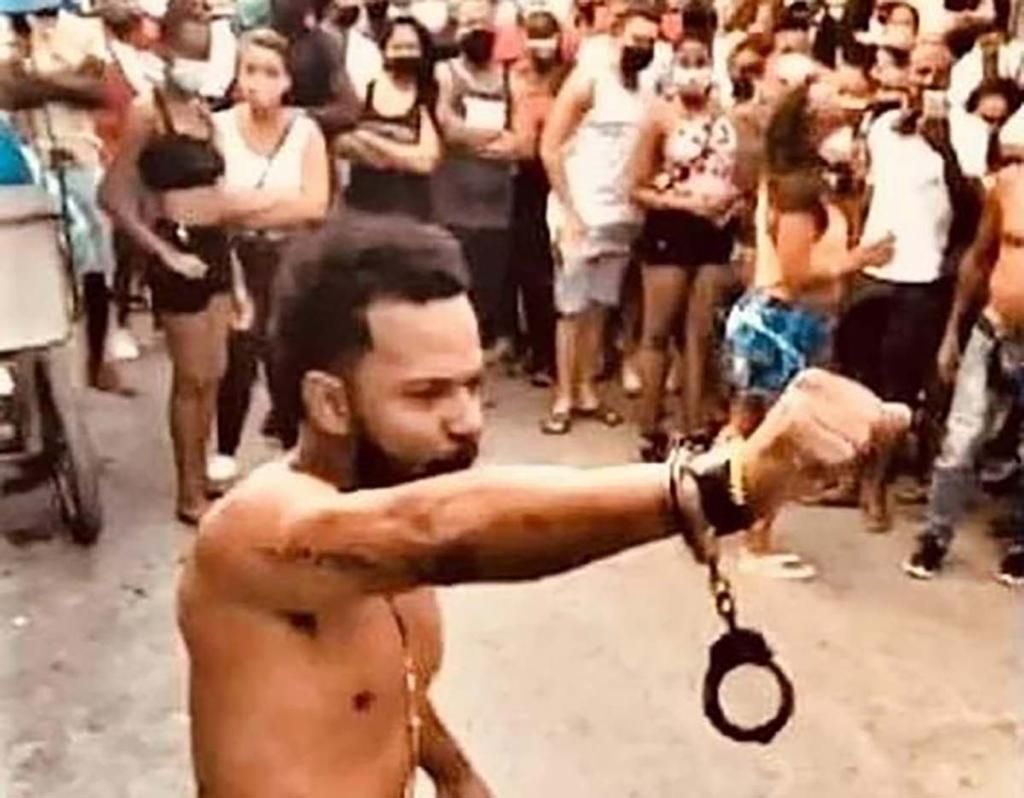 Police attempted to arrest the artist Maykel Osorbo in San Idisdro on 4 April, but passersby came together to protest and prevent his detention

On 12 April, four days before the Eighth Congress of the Cuban Communist Party, the 27N group published a manifesto. The document goes beyond the traditional purpose of historical manifestos, describing more than just the nature of the group or its aspirations, it brings about an agora for public debate and the rise of an empowered citizenry.

The Eighth Congress has now concluded, delivering only more repression and violence to the citizens of Cuba. Many artists, journalists, intellectuals, and activists have been under house arrest for days with limited internet access. Events, such as the lecture Art, Activism and Censorship, conducted by the artist Tania Bruguera and hosted by the David Rockefeller Center for Latin American Studies of Harvard University, were blocked through internet outages.

The artist Luis Manuel Otero Alcántara and the poet Afrika Reina were violently taken from their home while conducting a five-day performance parallel to the Congress. Each day, Otero Alcántara planned to voluntarily sit for eight hours with his arms tied behind him on a garrote chair, a device used to execute revolted slaves during colonial times. After the first day, state agents raided the San Isidro Movement headquarters for the second time in six months. The artists were violently arrested, without their shoes or masks, while the agents destroyed Otero Alcantara’s paintings and sculptures.

Meanwhile, the Congress ignored the needs of the people. None of the many problems the nation faces today were addressed by party members. They only delivered more of the same vacuous discourse, repeated for decades as a dull narrative disconnected from reality. It is a hollow façade, a simulation of power they no longer have, showing just how feeble the administration is, how untenable the situation. 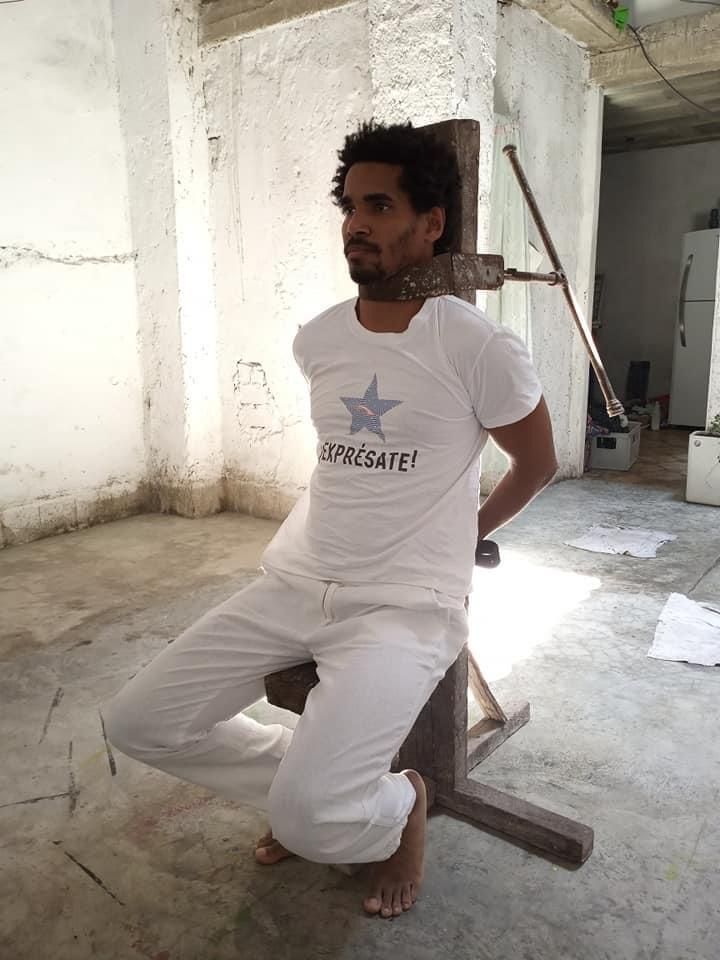 In a performance last week, the artist Luis Manuel Otero Alcántara sat with his arms tied behind him on a garrote chair, a device used to execute revolted slaves during colonial times, before police raided the building

The meeting occurred mainly behind doors; only brief edited fragments were transmitted on national television and the party’s official website. An unacceptable lack of transparency on what is supposed to be the most critical council in years leaves citizens with no clear idea of what the future might hold. The only relevant result was Raúl Castro’s resignation as Party First Secretary, leaving the position to President Miguel Díaz-Canel Bermúdez. It was a predesignated change; no vote took place. The move, anticipated some years ago and now confirmed, once again makes the Head of State and the First Secretary the same person, a desperate attempt to maintain control in a nation craving freedom.

The Congress was regarded frivolously by some international press as the end of Castrism in Cuba when it had no other intention but to “change everything, so everything remains the same”, as Lampedusa's Prince of Salina would recall.

In this mist, 27N manifesto lifts the debate to a fresh, plural, and open stage, taking a leap from 20th-century cold war politics to face the challenges of today's world. It foresees a country where all citizens participate actively in public affairs, and no one is persecuted for their thoughts. It believes and defends pluralism and diversity as the key for growth—spiritual, cultural, social, economic, political, and of course, natural growth. And above all else, 27N aims to build institutions that will guarantee, with minimum intervention from the state, that no tyrant or ideology will hold power over our peers.

These pursuits recognise Cuba’s history, culture and nature, so no foreign system will ever be imposed on our fundamental need for self-governance. It also acknowledges the democratic crisis of our time, and for its humble part, aims to make some contribution.

Today, in front of the empty, cracked shell of the Communist Party, stands a lively, robust, hearty force for change in Cuba, inspired by humanism, and the power of poetry and art to spark awareness and human will.

• Carolina Barrero is a Cuban art historian and curator who was part of the curatorial team of the XII Havana Biennial, and is now a member of 27N. Her recent publications include The Admiral's Dream and Before Mathematicians Stopped Being Philosophers