“Where have the ethics and sense of a global mandate to protect the world’s heritage gone?”, asks Francesco Bandarin 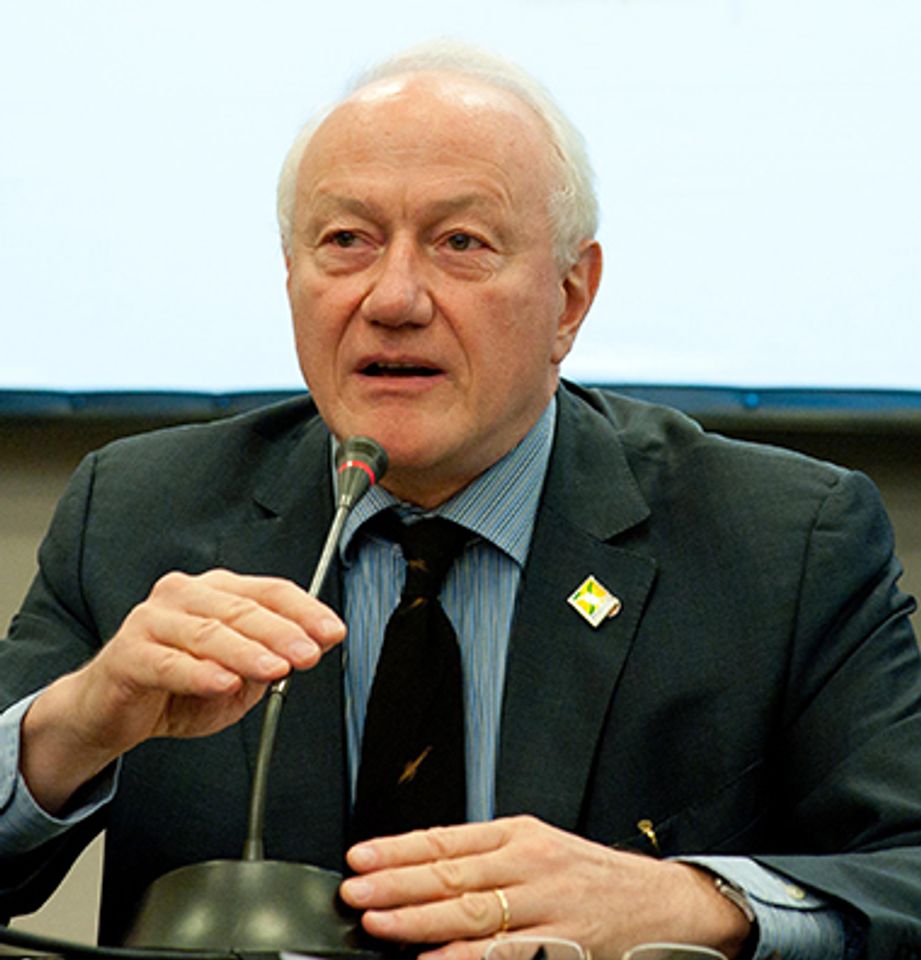 Unesco’s World Heritage Committee has just finished its meeting in Baku (30 June to 10 July), at which it showed such indifference to the protection of Venice that it makes one question whether it is still able and willing to carry on with what used to be one of its most important safeguarding campaigns. Venice used to be so key to the organisation that it is the only city in the world where a specific office was set up look after it.

At the Baku meeting, Unesco submitted a draft resolution giving approval (“welcomes…” to use the official jargon) to a solution for the passage of large cruise ships into the city that has neither been approved by the Italian government, nor validated by the necessary environmental impact assessments. It relocates the cruise harbour to the industrial port of Marghera on the inner shore of the lagoon, and the passage of the ships down the Canale di Malamocco and then down the currently disused Canale Vittorio Emanuele III to bring them into the Stazione Marittima, the port in Venice.

The World Heritage Committee did not allow any discussion of this and blindly adopted the resolution as it was presented, endorsing a solution that is supported by the cruise ship companies and local government, but opposed by a large constituency of environmentally-conscious organisations, as well as the public body actually in charge of the project, the Italian ministry of infrastructure.

How has this come about? A simple phone call to its Venice office would have been enough to realise that the solution proposed is only one of many being studied and in no way represents a workable response to the problem.

To understand what has happened, one needs to look at the way this process has been managed. Venice and its problems were presented to the World Heritage Committee in 2014, which put Italy on warning that the city would be put on the Unesco endangered sites list unless certain measure were taken. The case was then discussed in 2016, when the committee focused on the traffic of the big cruise ships, managing the tourism, and re-establishing the equilibrium of the lagoon ecosystem. Much to the disappointment of lobby groups, the committee did not put Venice on the endangered list then but gave the Italian government two years to adopt effective solutions and prove that the city’s decay was being reversed.

The recent meeting in Baku was, therefore, a moment of truth, a chance for the committee to assess whether the problems of Venice had been adequately addressed. The Italian government had indeed sent a report to Unesco, but this was essentially the product of the Venice town council, which has long been in favour of the Marghera solution and against several other proposals, some already with the validation of the environmental impact assessment commission.

This report was sent via the ministries of culture and foreign affairs to Unesco, which took it at face value, leading it to produce this draft resolution that bears no relationship to the truth of the situation. There was no coordination between the ministries of culture and infrastructure, and while this is indicative of the current state of affairs inside the Italian government, it does not justify the cut-and-paste attitude of Unesco, with its 50-year international reputation for safeguarding Venice.

By opening up the question to the floor and allowing the committee to discuss the many issues raised by the delegates in 2016, it would, of course, have been possible to prevent the blind approval of a text that gives a free hand to the cruise industry. But no committee member dared to ask for this. Some feared that by opening up discussion, the resolution would be watered down and worsened, while others did not want to cross Italy’s interests. But opening up the case for discussion would have revealed to the world that no solution has been found over the past three years to the problem.

This attitude was all the more astonishing given that only a month earlier, on 2 June, an accident involving a large cruise ship in Venice made international headlines (a second near miss happened during the session of the committee). Furthermore, while everyone was still in Baku, the proposed solution was rejected by the Italian minister of infrastructure, but this was ignored, as was an impassioned plea at the meeting by the respected lobby group Europa Nostra.

At this point, one has to ask what’s going on? Has Unesco lost the capacity to play the role it has had for the 50 years under all its directors-general since the appeal for Venice was launched by René Maheu after the great flood of 1966? Has Venice become a mere bureaucratic file that does not deserve the most basic fact-checking, a phone call? And the committee? Why does a case of this significance require delegates to get the diplomatic agreement of their governments for it to be discussed? Where have the ethics and sense of a global mandate to protect the world’s heritage gone?

The increasing politicisation of what used to be a deep and highly informed discussion of how to protect heritage is killing the hopes of the international community of experts who have dedicated their lives to safeguarding the world’s most outstanding creations for future generations.

Can anything be done to change the Unesco World Heritage Committee back from a marketplace for the exchange of favours between countries to what it was when it inspired the 1972 World Heritage Convention? That is what everybody working for the safeguarding of Venice—and, indeed, of all World Heritage Sites—is asking themselves.

• Francesco Bandarin is a former director of the Unesco World Heritage Centre (2000-10) and former Unesco assistant director-general for culture (2010-14). He is special advisor to the director-general of ICCROM