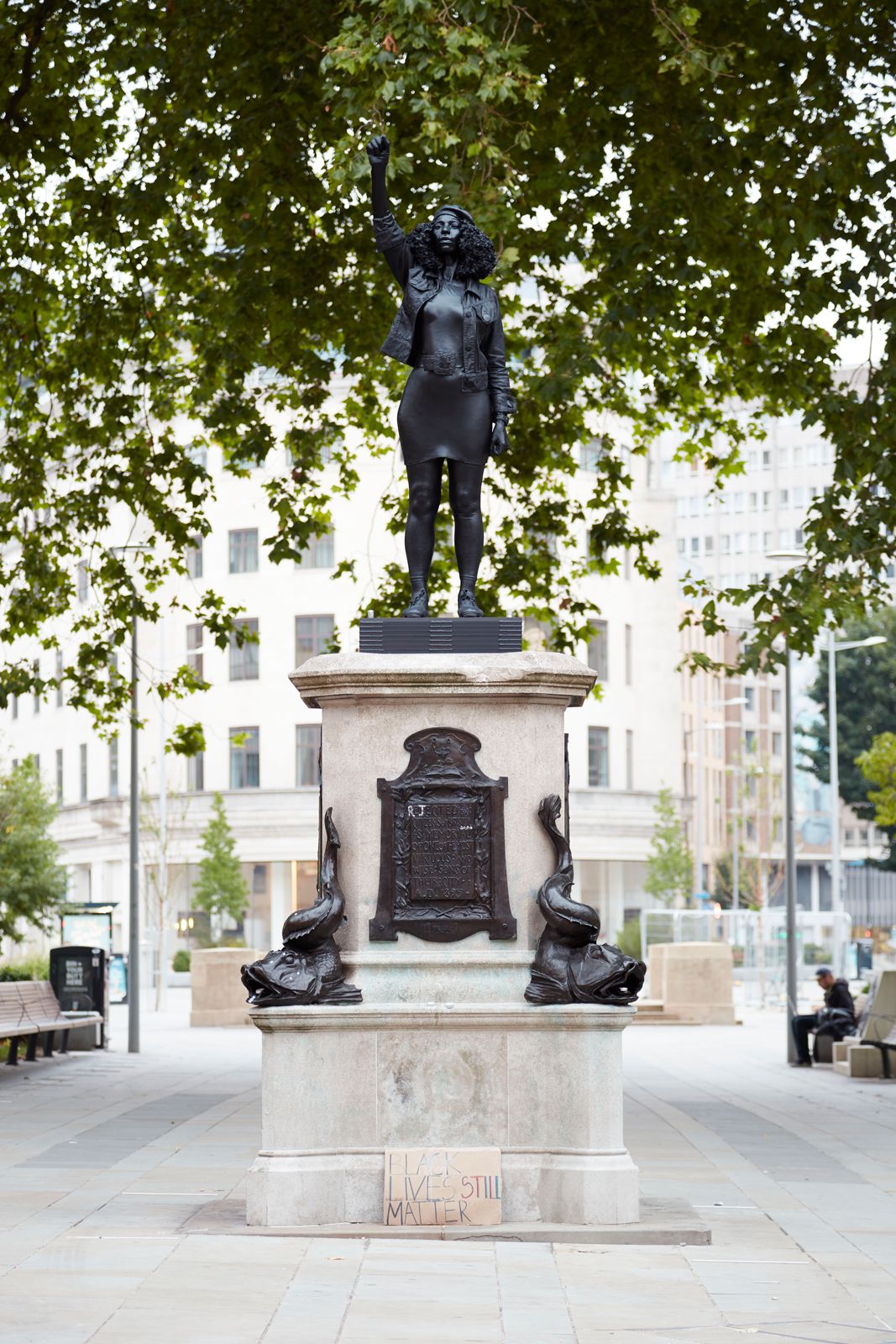 On Wednesday morning, my eyes were greeted by what at ﬁrst would appear like welcome news. In a revocation of white colonial power, the torn-down monument of Bristolian slaver Edward Colston had been replaced by a figure of a Black woman. Yet, this moment of joy and catharsis was taken away with the realisation that it was yet another example of white privilege in action.

While many non-Black people took a moment to consider how to de-centre themselves in discussions about race, Marc Quinn, an established white male artist saw an image. Attracted to the triumphant Instagram post of Jen Reid atop the plinth after it had been pulled down, he then decided to engage with depicting the issue.

However, racism runs far deeper than representation. In actuality, the insidious nature of racism affects Black people’s access to opportunity and resources. This is why there are so few Black sculptors working in the public realm and less so one’s with the finances to immediately take advantage of the opportunities that arise. In my experience, Black artists are frequently only accepted when talking about race. Whereas, white male artists have often been afforded the freedom to explore whatever subject matter they want. So, it is even more disappointing to see issues pertaining to race claimed by white artists. Instead, I think it would be more useful if white artists confronted “whiteness” as opposed to using the lack of Black representation in art to ﬁnd relevance for themselves.

I can understand the initial positive reactions of those looking to address the lack of visible diversity within public sculpture and gestures towards allyship, but in my opinion, Quinn has literally created the votive statue to appropriation. It could well overshadow any permanent sculpture that eventually goes there, hindering real progress during a moment of activism that should have showcased a Black artist's output, not that of a white cis man.

Previously, I have spoken about the importance of taking our time to consider how we move forward from this moment. For real change, we need to do to the real work which isn’t achievable by quick ﬁxes, only with an in-depth examination of the power structures that govern our society. As an artist who has been working around this subject matter for nearly 20 years, my work has looked at representation, identity, and what it means to be included in society. As I’ve said before for a white artist to suddenly capitalise on the experiences of Black pain, by putting themselves forward to replace the statutes of white slave owners seems like a clear example of a saviour complex and cannot be the precedent that is set for genuine allyship.

In my opinion, a genuine example of allyship could have been to give the financial support and production facilities required for a young, local, Black artist to make the temporary replacement. This would have positioned Black voices into a genuinely powerful position to reclaim their history in an authentic way. Instead, a moment of social change that should have been about bringing equality and real opportunities to Black people has been hijacked.