Just as the fair has transformed the city’s image and economy, it has also had a big influence on the neighbouring region's flourishing art trade 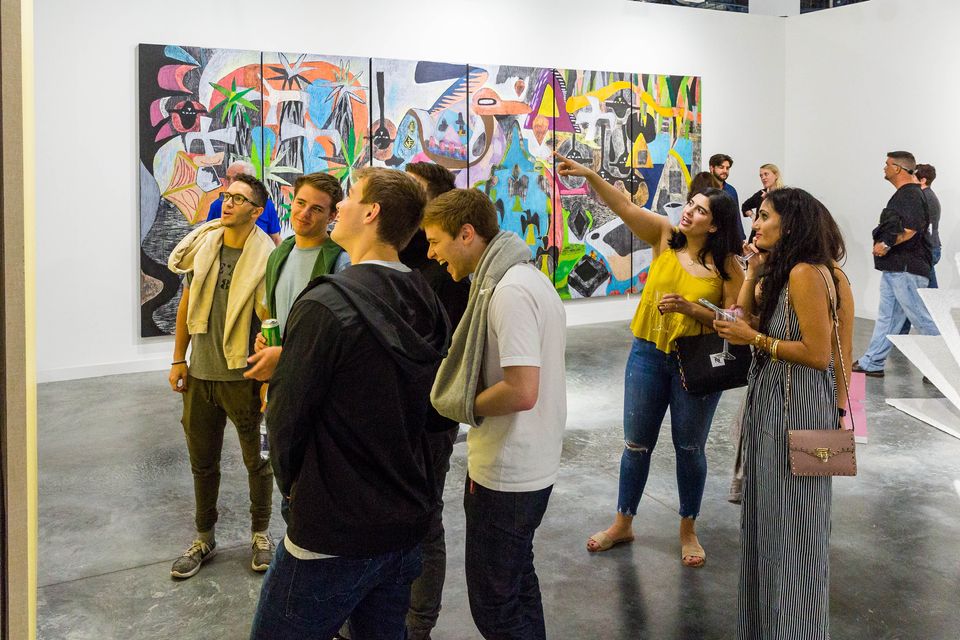 For Art Basel in Miami Beach’s 10th Anniversary in 2011, the local developer and collector Craig Robbins reflected in this newspaper on the wide-ranging impact of the fair juggernaut. “Cultural events can have a huge influence on how a city evolves,” he told us. The same goes for global art scenes, he might have added. Consider Art Basel in Miami Beach (ABMB). Just as the fair has transformed Miami’s image and economy, its history reveals the annual gathering’s enormous influence on Latin America’s flourishing art trade.

December in Miami has become Latin American art’s month in the sun. Yet plenty of sceptics doubted the region’s potential when the south Florida city was selected as Art Basel’s American destination in 2000. Early concerns about the breadth and quality of Latin collectors abated quickly with the arrival of the early crowds. By 2004, The Art Newspaper reported that the Latin American market had “expanded rapidly”; two years later, the same patrons were said to be “collecting internationally, while US buyers are looking south”.

In a 2009 interview, former journalist turned ABMB director Marc Spiegler spoke of how Miami became the “nexus for the Latin American elite”. As he put it: “It was one of [ABMB’s] founding principles to have access to the Latin American market and to develop it in the process.”

The fair’s planning paid off and then some. What consultant Lisa Schiff once referred to as a “soccer mentality”, where Argentines buy Argentine art and Mexicans buys Mexican, and so on, quickly gave way to more worldly collecting. This, in turn, morphed into a broadening of Latin America’s collector networks. Regional buyers met one another in Miami, where they also interacted with their North American and European counterparts. By 2013, an institutional transformation had taken place: half a dozen major museums in the US and Europe, including MoMA and Tate Modern, had developed special funding dedicated to supporting Latin American Art, enshrining Latin collectors as both trustees and global tastemakers.

Related developments ensued. Institutions like the Museum of Fine Arts, Houston, The Royal Academy of Arts in London and the Perez Art Museum in Miami, partnered with Latin American collectors such as Ella Fontanals-Cisneros and Patricia Phelps de Cisneros to produce history-making travelling exhibitions. Similar museums south of the border—among them Mexico’s Jumex Collection and Argentina’s Museo de Arte Latinoamericano de Buenos Aires—underwent significant expansion. The same happened with art fairs: cue the creation of ArtBo in Bogota, Zona Maco in Mexico City and MECA in Puerto Rico. Predictably, these advances dovetailed with higher prices for Latin American art at galleries and auctions.

According to experts, Latin American art’s growth continues to evolve. At a 2017 ABMB panel devoted to art in Argentina, the consultant András Szántó laid out a formula for frictionless integration into the global art world. “You need strong institutions,” he said, “strong artists, collectors who are able to give that initial boost and a regulatory environment that invites the art trade.” Argentina, like the rest of Latin America, only meets the first three conditions. This leaves ample room for setbacks, but also plenty for growth.