‘Art history is a global discipline’ 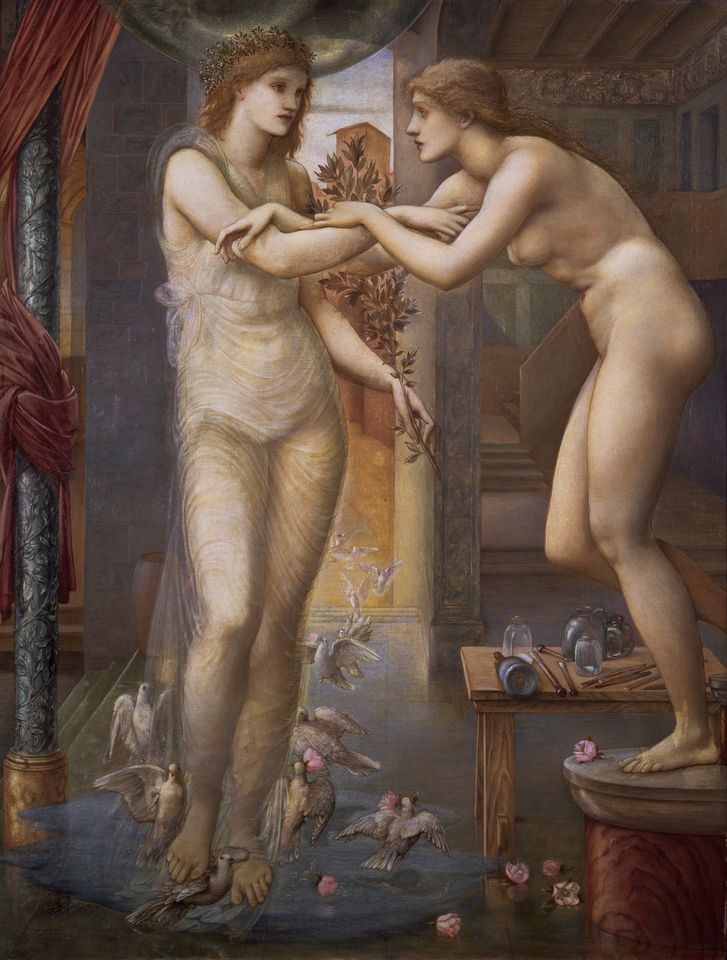 Moulding young minds: Yale students can study "the full spectrum of works of art", Barringer says, "from the sculptures of the Parthenon to Benin bronzes, from Renaissance painting to Aztec codices, from the Taj Mahal to performance and digital art — and, of course, the Pre-Raphaelites". (Edward Burne-Jones, Pygmalion and the Image: The Godhead Fires, 1878) Courtesy American Federation of Arts, © Birmingham Museums Trust

For the last week, I have been in a state of curatorial ecstasy. Victorian Radicals, the touring exhibition I co-curated with colleagues from Birmingham, England, finally arrived at the Yale Center for British Art. The huge crates yielded up vivid, unruly Victorian paintings I have known and loved for three decades: first Millais’s The Blind Girl, a riot of yellow and purple; then Rossetti’s mystic Beata Beatrix, Burne-Jones’s Pygmalion quartet, and Simeon Solomon’s haunting, gender-bending Bacchus. Installed against rich colours, and juxtaposed with decorative art of the same era, these works now carry the aura of the masterpiece. Yet when the Pre-Raphaelites first exhibited their work, they were greeted by howls of derision from the critical establishment, led by Charles Dickens. The Pre-Raphaelites (who spurned the canon, turning their back on Raphael, preferring the then-despised Italian “Primitives” and Jan van Eyck) were obscene! Blasphemous! Barbarians!

As the paintings and drawings took their places on the centre’s walls, a minor brouhaha was coming to the fore across the street in Yale’s History of Art Department. It is an interesting reflection on the current media ecology that news of our modest, incremental and generous curriculum changes led to an astonishing outburst of moral outrage on line. Hyperbolic comparisons were rife: for the New York Post we are Visigoths poised to destroy Rome: revealingly, the article was headed with a reversed reproduction of Michelangelo’s Birth of Adam. Next we read of “Stalin at Yale”. But Stalin murdered nine million people, while our Department has modified its introductory art history courses. The parallel is imprecise, to say the least.

I work with a group of brilliant art historians who are constantly rethinking what we teach and how to teach it—our vision is expansive rather than reductive, in terms both of coverage and of art-historical methodology. Art history is a global discipline. Yale’s faculty members over decades have made field-changing contributions to the study the arts of the Americas (notably Pre-Columbian art and the full range of North American art and architecture from colonial to contemporary), African art and arts of the African Diaspora, Asian and Islamic Arts, and European art from ancient times to today. These fields, and more, are central to our current research and teaching. The diversity of the Department’s faculty and of our intellectual interests finds an analogue in the diversity of today’s student body.

Beginning in fall 2019, the department committed to offering four different introductory courses each year, rather than two traditional “surveys” rooted in Western art. All of these courses, current or future, are designed to introduce the undergraduate with no prior experience to art historical looking and thinking. They also range broadly in terms of geography and chronology. Essential to this decision is the department’s belief that no one survey course taught in the space of a semester could ever be comprehensive, and that no one survey course can be taken as the definitive survey of our discipline.

Rather, students will choose from a range of courses. Some of these will engage with the monuments and masterpieces of European and American art, some will introduce other world traditions, notably the Arts of Asia and of Africa and the African diaspora, subjects of world-leading current faculty expertise and richly represented in Yale’s collections. Courses in a final category, some already offered, are organised thematically, offering comparative perspectives. These include “Global Decorative Arts,” “Arts of the Silk Road”, “Global Sacred Art” and “The Politics of Representation”. Faculty members have designed these introductory courses to connect students with the wealth of objects in Yale’s collections, but also to move across traditions and periods.

As life becomes increasingly dominated by the visual, through screens and lenses, art history’s focus on critical visual analysis has never been more relevant. Recent excitement on social media about Yale’s curriculum demonstrates just how significant and lively — even controversial — the study of art can, and should, be.

As with the Pre-Raphaelites, our choices, initially shocking, will inspire strong feelings in the heat of the moment. Unlike William Morris, that true Victorian radical, however, we are advocating gradual change not total revolution. As a department we remain committed to sharing with our students critical insights into the full spectrum of works of art, from the sculptures of the Parthenon to Benin bronzes, from Renaissance painting to Aztec codices, from the Taj Mahal to performance and digital art — and, of course, the Pre-Raphaelites.