Instead of commissioning creatives to respond to the current crisis as if this were a war, the country should pump millions into community art projects 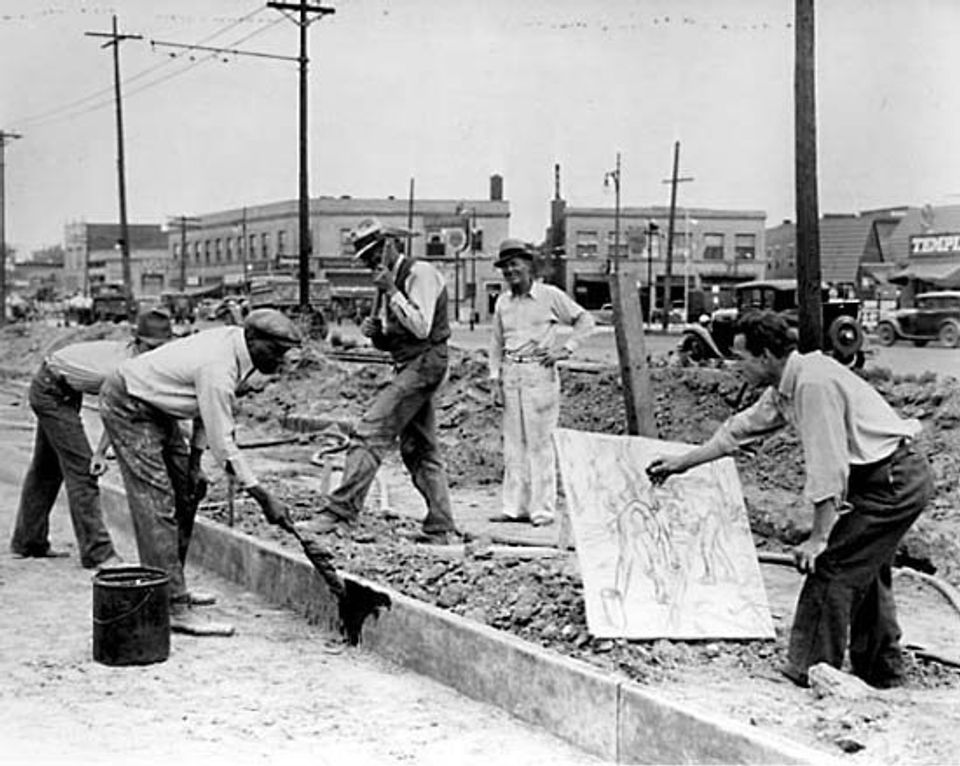 Britain has a state-appointed poet laureate charged with responding to moments of national significance. In March, the current laureate Simon Armitage responded with Lockdown, a poem that conjured plague-stricken 17th-century England and a story by the ancient Indian poet Kalidasa; a meditation on patience.

It made me wonder if we should have an artist laureate.

It is clear that the UK, like most countries, is facing an unparalleled crisis with immediate and sustained effects on its people. And at cataclysmic moments in the past, artists have been corralled to respond, most notably in the First and Second World Wars. There have been some mutterings of war artists for our present moment. But here’s where I begin to feel queasy. Among the most grating elements of the Covid-19 discourse has been the continual war comparisons. It reached its peak in April, during the days when the UK’s prime minister Boris Johnson was in intensive care with the coronavirus, where Johnson’s colleagues and other world leaders (always men, of course), queued up to assert that he was a “fighter”, he was “strong” and “tough”. The former British prime minister David Cameron judged Johnson’s ability to recover from this hideous disease based on his prowess on the tennis court. To which the only sane response is: balls.

Marina Hyde, the Guardian columnist, trained her lacerating pen on this absurd preoccupation: “Plague is a standalone horseman of the apocalypse—he doesn’t need to catch a ride with war.” And the historian of war and 20th-century society David Edgerton wrote in the New Statesman: “It is time to grow up, and to think of better analogies, if any are needed at all.” He disparaged the “British tendency to see its Second World War experience as a good thing”, arguing that the notion that the UK “was in it together, and pulled together” in the Second World War is “too rosy a view”.

For a UK government keen to avoid scrutiny of its nonchalance, hubris and incompetence as the virus gathered pace in February and March—and of sidelining pandemic preparedness in the past decade as it focused on two devastating political projects, austerity and Brexit—it’s politically convenient to conjure images of national unity and wartime solidarity. This is a moment for scepticism: in the Second World War, dozens of official artists recorded the world around them, often unflinchingly, but there was inevitably propaganda in support of the war effort and the fight against fascism. Those responding to the coronavirus cannot take comfort that the state has done all it can to protect us.

So no official coronavirus war artists, please. But Hans Ulrich Obrist, the artistic director of the Serpentine Galleries in London, has a more apt precedent in mind: once the situation is under control, he argues, the UK should pump millions of pounds into the creation of an equivalent to the US Public Works of Art Project and Works Progress Administration, part of President Franklin D. Roosevelt’s New Deal in the Great Depression of the 1930s. Those projects supported thousands of artists and enriched communities across the US with works of art and art centres.

As our social distance narrows and the economic ramifications of lockdowns kick in, communities will need cultural resources more than ever. A visionary art programme could help mitigate the potentially ruinous effects of a deep recession on artists, arts educators and communities. That’s a cause for which our government should be prepared to fight.