The Marciano masquerade is exposed

The art foundation, which has closed its doors, was never more than the shell of a museum 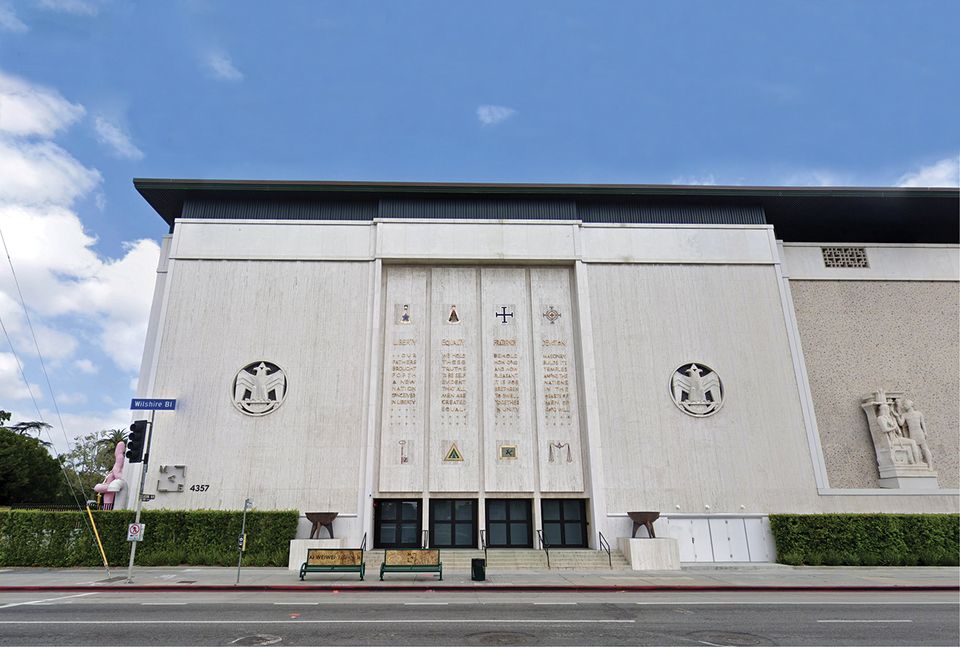 This month the Marciano Art Foundation in Los Angeles abruptly announced that it would close its doors, perhaps permanently, the week after its visitor services staff went public with a campaign to unionise. The decision was immediately read as a reminder of systemic problems affecting art museums today, including managerial indifference to poorly compensated—though often highly educated—staff members. A Los Angeles Times headline asked: “What’s next for non-profit museums after the closing of the Marciano Art Foundation?”

But these kind of headlines reflect another stubborn problem at play: our mistaking semi-private art collections for public art museums. The Marciano Art Foundation, created by Guess founders Maurice and Paul Marciano to showcase their contemporary art holdings, was from the start a private collection masquerading as a museum. It was the shell of a museum, the illusion of a museum or—maybe most deceptively for those of us who judge an institution by its facade—architecture worthy of a museum. Kulapat Yantrasast’s thoughtful renovation of the arcane Scottish Rite Masonic Temple on Wilshire Boulevard was so exacting and exciting that it gave the Marcianos’ project of opening their private collection to the public in 2017 more attention and respect than it deserved.

But that should not have misled us into seeing it as anywhere near comparable to institutions like the Hammer Museum, the Museum of Contemporary Art or even the Broad in its commitment to a public good. To put it bluntly, the Marciano Art Foundation was never a real museum. Yes, it had access to a collection—some 1,500 pieces acquired primarily by Maurice Marciano, including L.A.’s trendiest artists as well its most talented. Yes, it organised a big show every six months or so—installations by Jim Shaw, Olafur Eliasson, Ai Weiwei and, most recently, Donna Huanca. But it lacked the staffing and organisational structure that signal an ongoing commitment to core museum missions such as caring for art and sharing it with a broad audience.

The foundation’s brief associations with the seasoned curators Ali Subotnick and Philipp Kaiser masked the fact that for most of its short life it had no curators at all on staff. When the deputy director, Jamie Manné, left in March, she was not replaced. Instead, Maurice Marciano’s 27-year-old daughter, Olivia, whose experience prior to being named “artistic director” of the foundation in 2016 consisted of a 10-month stint as a gallery assistant at Luxembourg and Dayan in New York, assumed some of Manné’s duties. The institution outsourced its educational services and kept a lean full-time staff—under a dozen at last count—plus around 70 part-time employees in visitor services roles who were trying to boost their standard wage, the L.A. city minimum of $14.25 an hour.

The natural point of comparison in Los Angeles is the Broad, financed by philanthropists Eli and Edythe Broad, which opened in 2015. Like the Marciano, the Broad is legally considered an “operating foundation”, not carrying the “public charity” designation of many museums, which must meet a test of receiving “public support”. But even being self-financed, the Broad operates with a high level of public accountability and responsibility. One of the first things Eli Broad did was to create a wide-ranging board, which now includes business executives such as Sherry Lansing and museum leaders like Thomas Campbell. He also pledged early on to set up an operating endowment “well in excess of $200m” along with a separate acquisition fund to ensure institutional stability and sustainability.

The Marciano Art Foundation, in contrast, had no endowment plans to speak of. And it never published the names of the board, suggesting that it consisted only of family members. All things considered, the closing of the space—whether the impetus was to bust plans for a union (according to former staffers) or because attendance was low (according to the official statement)—was alarming but not entirely surprising. It was never built to last.

And we are partly at fault for the deception. Art-world insiders and media professionals who took the space seriously and called it a museum perpetuated a misleading image. I am one of them, who occasionally used the word museum if only as shorthand to avoid spelling out the full foundation title. I now regret it. If I had to do it again, I would have found a term that better reflected the precarious status of the institution, one at the whims of a single collector. I would have called it instead a public showcase for a private foundation, a for-now accessible private collection—or maybe, more simply, a pseudo-museum.

The Los Angeles Times art critic Christopher Knight, who smartly called it a “vanity art museum” in 2017, sounded an early warning about its operations not being professional. “The selection is highly personal. The mission statement is freewheeling…The professional staff is limited, as are public hours,” he wrote.

None of this is necessarily a crime. I am not saying that the Marcianos flouted the laws governing private foundations, which are designed to make sure that foundation insiders do not financially benefit through “self-dealing”. But they clearly failed to take their public mission as seriously as we did. The question of whether their closing was an illegal, retaliatory union-busting move is under investigation, after the local union filed a charge of unfair practices with the National Labor Relations Board.