"There is great fear now within Saudi Arabia, with even stricter self-censorship than before" 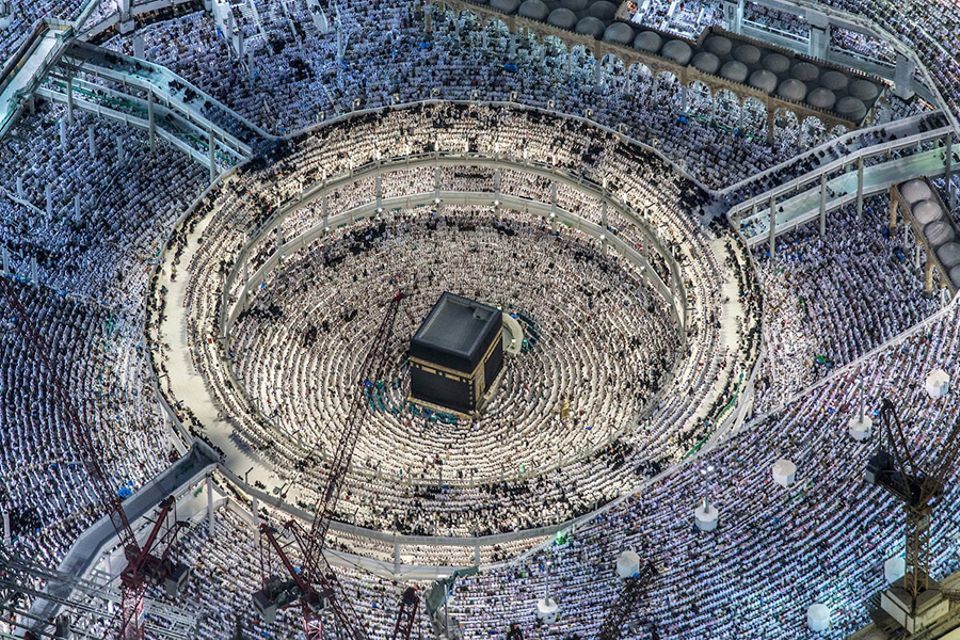 Ahmed Mater's Ka‘aba (2015). The artist is the director of the Misk Art Institute in Saudi Arabia © Ahmed Mater

The murder of the dissident Saudi journalist Jamal Khashoggi forced the West to re-evaluate its optimistic view of Crown Prince Mohammed bin Salman (MBS) as the man to lead the Kingdom out of the Middle Ages towards the liberal light. The “Davos in the desert” business conference was shunned by many of its star Western participants and the cultural world has reacted in turn. Among the many responses, on 18 October, Columbia University cancelled a talk with the leading Saudi artist Ahmed Mater, head of the Misk Art Institute, based in Riyadh, founded in 2017 by MBS to train young Saudi artists, both men and women, in the visual arts and digital creativity.

But this is not the moment to let what happened in the Istanbul consulate rebound on young Saudis. Shocking as it has been for us, it is devastating for those who hoped, briefly, that they had a ruler who cared about them and who would allow them more freedom to think and to interact with the rest of the world.

We publish here the words of Stephen Stapleton, one of the founders of the Saudi art scene and of the Edge of Arabia artistic platform. They were spoken on 13 October at the launch of his Arab Art & Education programme of events and exhibitions in New York (although this began under the auspices of Misk, Misk suspended its foreign programme two months before the Khashoggi outrage and now gives the programme only 15% of its funding, the other 85% coming from non-Saudi sources).

There is great fear now within Saudi Arabia, with even stricter self-censorship than before. Saudi artists and thinkers will have to be yet more careful in their creativity, which has always had to be veiled and encoded but nonetheless managed to express their longing for the freedom to speak about their lives and for the young of the country (around 51% of the population is under the age of 25). They have stood up to both the fundamentalist religious leaders and the heavy weight of the house of Saud. They are the future hope of the Kingdom and they deserve our support.

• Anna Somers Cocks is the founding editor of The Art Newspaper

“This has not been an easy [time] to launch the Arab Art & Education initiative… as many of you might have read in the news, we have been under some pressure to postpone or cancel this programme in light of the terrible news about Jamal Khashoggi, and our organisation’s long-term connections with Saudi Arabia. It has been especially hard since many of us in the team organising this particular event knew Jamal or his family personally. His children are part of a community of artists and designers with which we regularly collaborate.

Recent events prompted memories of my first visit to Saudi Arabia, in 2003, during an artists’ journey across the Middle East, where Jamal was one of the first people I met. I had crossed the border from Yemen on a public bus and was dropped off under the light of a neon palm tree in the city of Abha and then driven by taxi to the headquarters of Al Watan newspaper; at that time, Al Watan, edited by Jamal, was one of the most progressive newspapers in Saudi Arabia. I remember that he showed me around the offices and printing presses and then drove me to the Al Meftaha Arts Village, where I was introduced to Ashraf Fayadh [now serving an eight-year sentence for “blasphemy”], Abdulnasser Gharem and Ahmed Mater, artists with whom I would later establish Edge of Arabia. My encounter with that extraordinary community of artists, poets and journalists was set against the first days of the last Gulf war and many of our conversations revolved around the role of the artist when faced with such fear and conflict.”