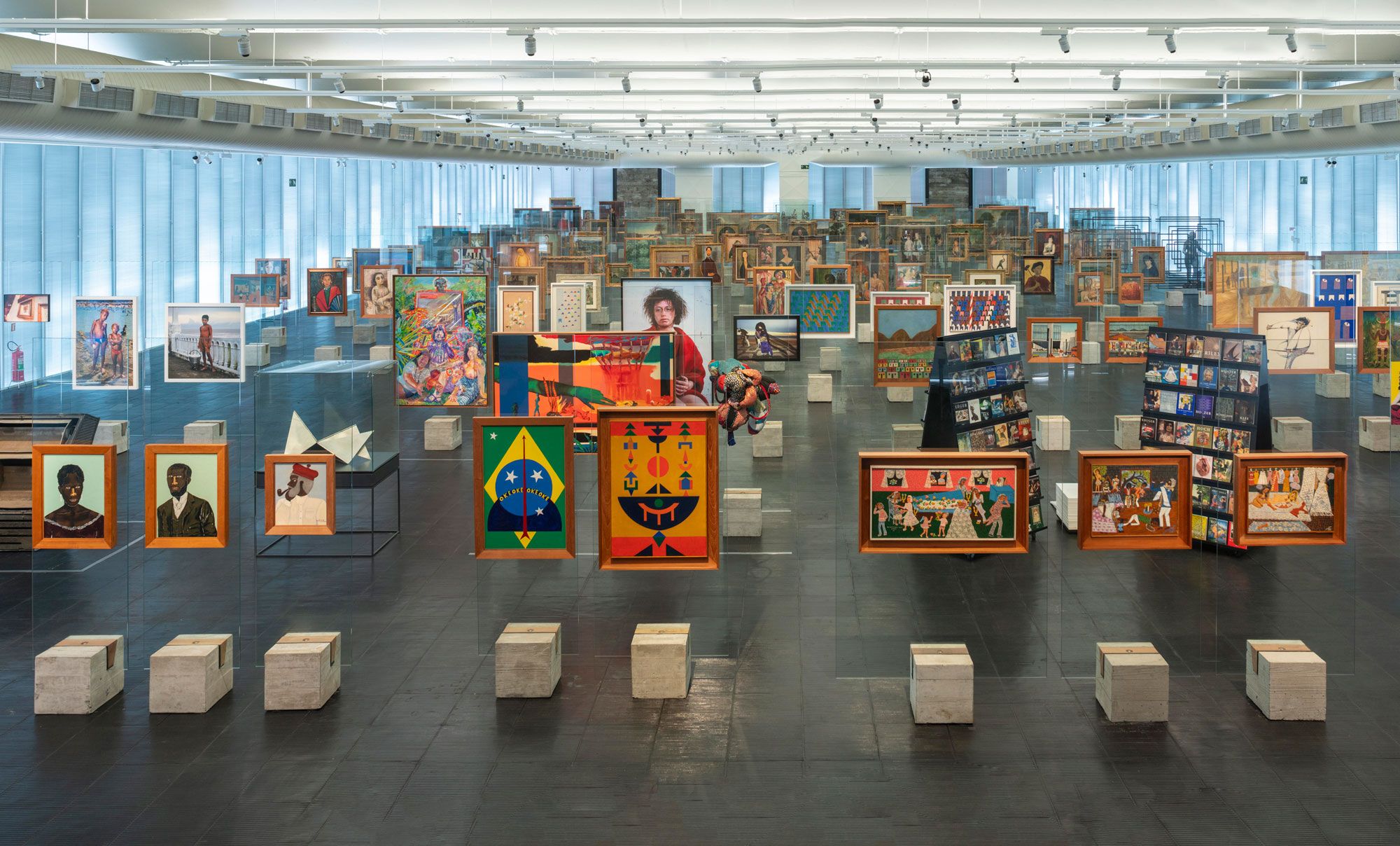 Here we go again. Museums worldwide have shuttered once more in the latest wave of the pandemic. Many more are awaiting decisions from public officials about when to stop accepting visitors. Yet, as a series of dialogues I conducted with global museum leaders earlier this year revealed, responding to Covid-19 is just one of the titanic challenges they now face. And once they emerge from the annus horribilis of 2020, they have an opportunity to fashion a new kind of museum.

The first wave was devastating. Although many museums pivoted nimbly, unleashing a torrent of online material, public-space activations, and community initiatives, the shutdowns wreaked havoc on their operations and finances. None of the so-called silver linings—from a tighter embrace of the local audience to an increased reliance on digitally savvy staff to crank out social media—could offset the damage.

A recent report from the American Alliance of Museums delivered a drumbeat of grim statistics: 30% of US museums have been closed since March, even before the latest shutdowns; 28% of the workforce are laid off or furloughed; operating income is down by more than a third, on average, and 17% of museums said they “didn't know” if they will survive.

Flying blind in the spring, governments were forced to use a hammer instead of a scalpel when considering closures. The cost of the protracted shutdowns for museums—in staff losses, cancelled shows, deferred projects, mounting debt and frayed nerves—has been incalculable.

The damage was also symbolic. Even as they rushed to implement safety measures and tried to persuade governors and mayors that visiting a museum was less risky than entering, say, a hardware store, museums remained closed for months on end. They couldn’t make the case that they were as essential to society as their advocacy had claimed them to be.

Time for a rethink

I started talking with museum leaders for a book of interviews in late May, and kept going through the summer. My intent was not so much to memorialise their Covid-19 experience as to understand what they saw beyond the horizon. The 28 directors in 14 countries were confronting starkly different scenarios—from relatively stable state institutions in Europe, to US museums sitting on large and not-so-large endowments, to some wildly inventive start-ups in Africa. Yet regardless of their situation, all of them saw this moment as crystallising a long-brewing realisation: the institutional model of the art museum needs a rethink.

A long period of relative peace, prosperity, and globalisation after the Cold War had lulled the museum field into complacency not only about its financial viability, but also about its relevance and credibility. The Covid-19 crisis—which coincided with a painful reckoning with the intertwined legacies of colonialism and racial injustice—has accelerated a push to adapt and innovate, in six principal ways.

First, the closures underscored the urgency of establishing a new connection with the audience, continuing a movement—begun back in the 1970s—to turn the museum from an exclusive intellectual enclave into a more open institution that seeks a reciprocal relationship with its visitors, who are increasingly diverse and rapidly shifting online. 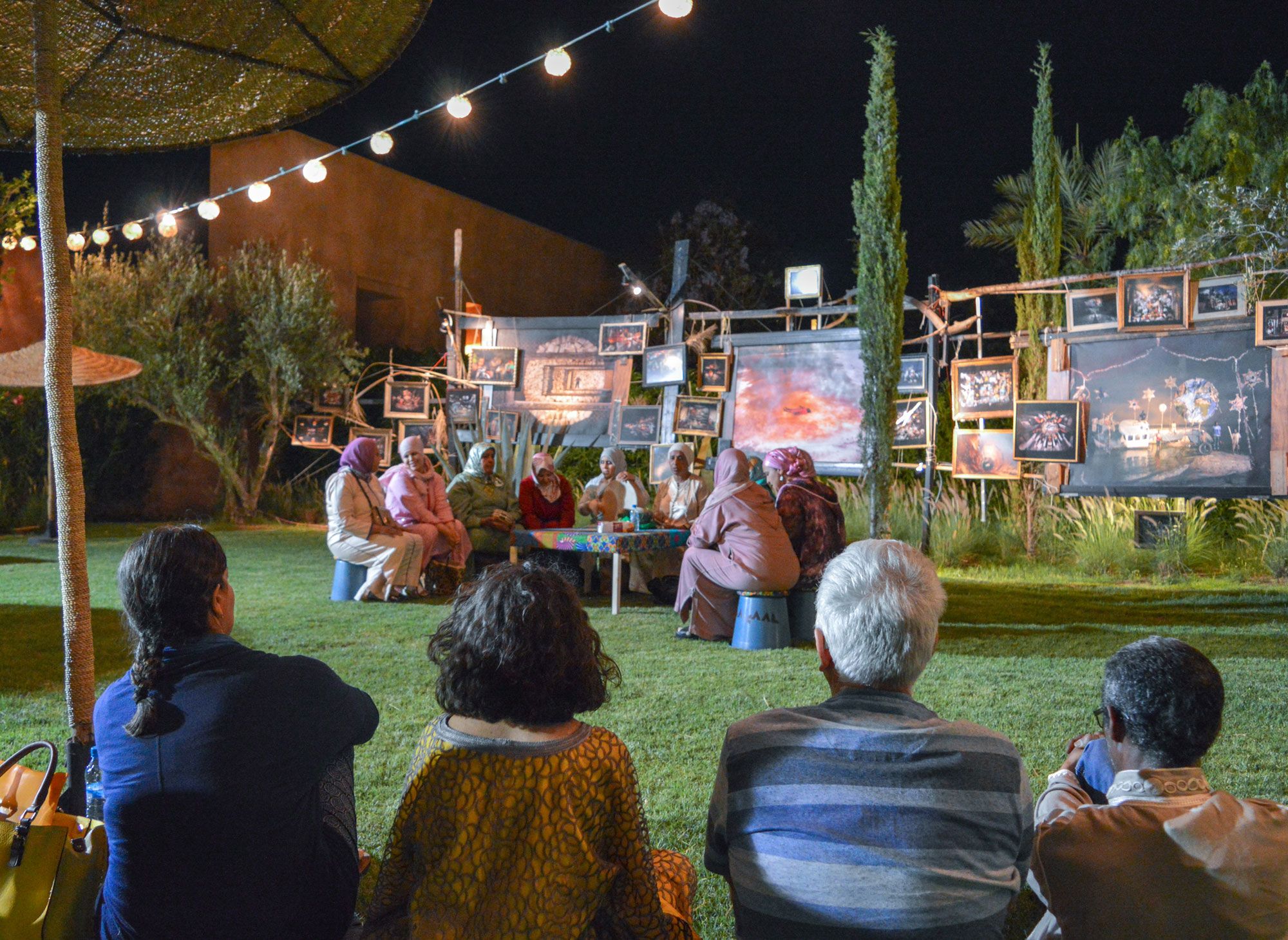 Second, 2020 cemented the embrace of an expanded museum mission, already reflected in the International Council of Museums’s inconclusive attempt last year to come up with a new definition of the museum, one that goes beyond the custodianship of objects to position it as an institution committed to serving communities and addressing social needs. For today’s museum leaders, these two imperatives are not contradictory but complementary—and by all accounts, the Covid experience has deepened the sentiment.

Third, after the murder of George Floyd and the mass demonstrations that ensued, museums began as never before to confront entrenched economic and racial inequities, and the ways in which those are encoded in museum collections, presentations, staffing and organisational cultures, and even physical edifices, corroding the public trust. For institutions that collect antiquities and artefacts representing other nations’ heritage, the reckoning involves a new disposition towards collaboration and repatriation.

Fourth, to reframe their missions and redress prior wrongs, museums are rethinking the experiences they offer, from conceiving more inclusive and polyphonic approaches to collecting, curating, interpreting and storytelling, to embracing technology and design of the sort that captivates today’s audiences, to making their buildings and campuses more hospitable to everyone. 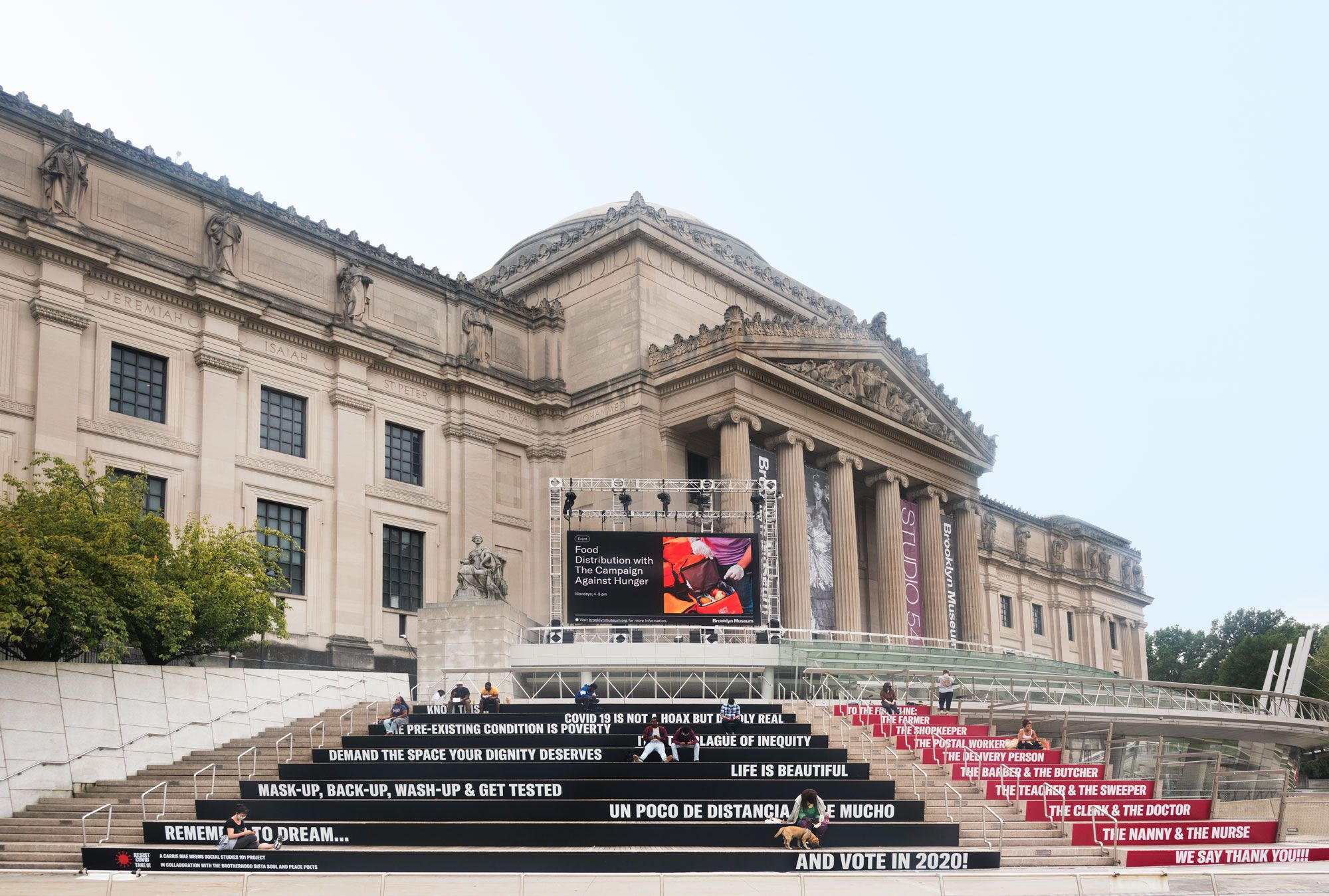 The Brooklyn Museum in New York recently hosted RESIST COVID TAKE 6!, a public art project by the artist Carrie Mae Weems including a weekly partnership with The Campaign Against Hunger Photography by Jonathan Dorado. Image courtesy of the Brooklyn Museum

Fifth, the cratering of museum finances and the bleak outlook for future support have fomented curiosity about new business models. Organisational hierarchies are being retooled. Institutions are taking a second look at sacred cows, such as deaccessioning. A more enterprising mindset is setting in about untapped funding sources. One interesting model in Beijing is UCCA Centre for Contemporary Art’s special unit, UCCA Lab, devoted to developing lucrative collaborations with major commercial brands.

Sixth, and not least, this moment seems to be ushering in a new mentality. Some of the most striking statements from the museum leaders I interviewed were not about actions or policies, but about institutional posture and attitude. Museums, some directors warned, need to “stop being so high-minded” and “let go of this obnoxious attitude that they are an authority on all things”. As one director put it, “we need to get off of our own pedestals”.

Despite the undeniable hardships of the pandemic, I nonetheless find myself feeling optimistic. I believe we may look back on this chapter as the crucible for a new kind of museum: one that remains devoted to its familiar roles and functions, yet at the same time is more community-facing, more humble, more aware of the visible and invisible barriers it erects to attendance, more mindful of professional ethics and more willing to level with its own audience.

The museum of the future will also have to be more resourceful. Whether revenues come from government, benefactors or returning visitors, this year’s crisis (and, inevitably, future ones) will leave institutions with diminished resources. Given the panoramic expectations placed on them—to sustain top-notch scholarship, to create welcoming community hubs, to upgrade to environmentally sound buildings and so on—museums will have to make hard choices about what they can realistically accomplish. 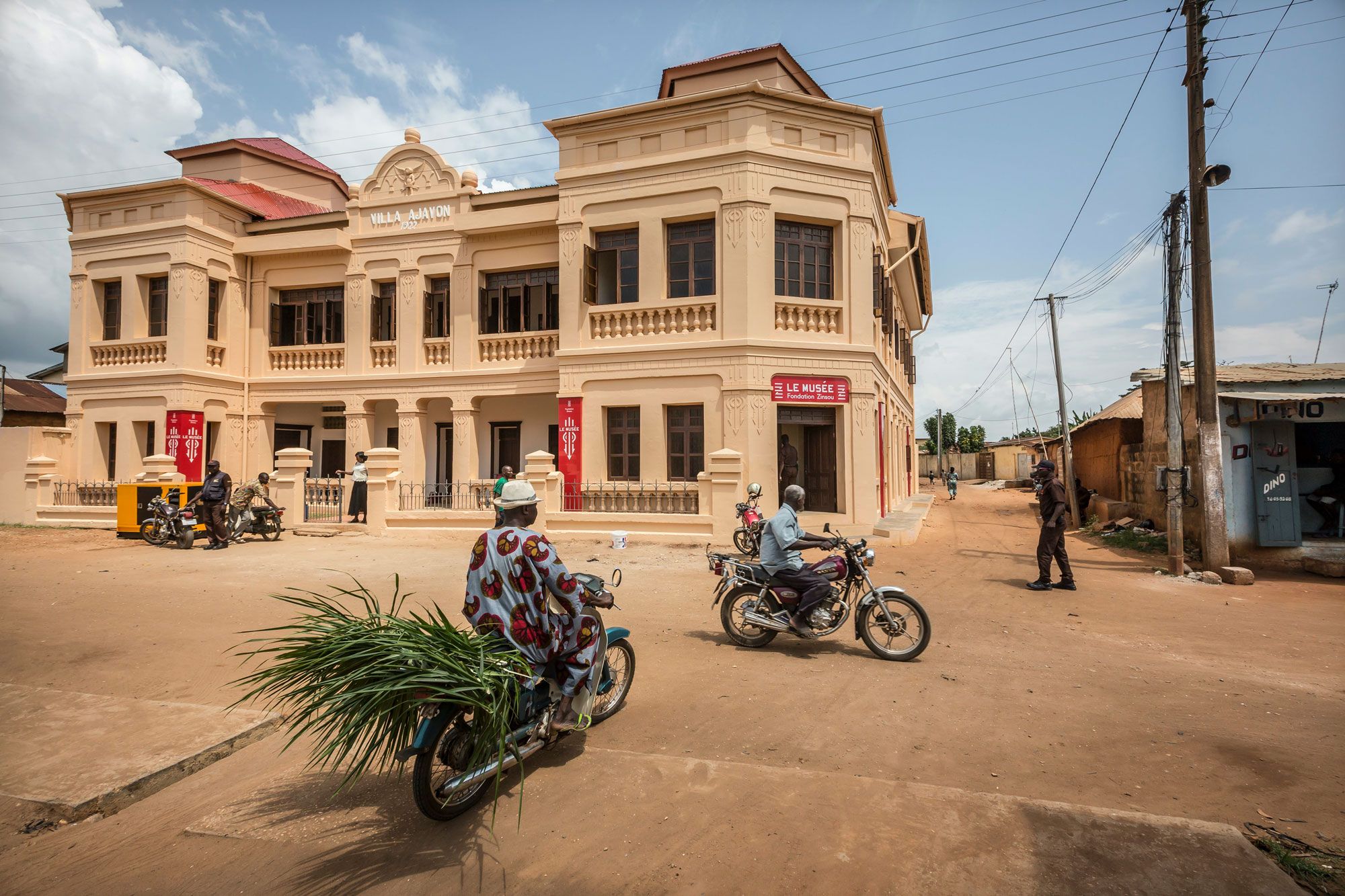 Less may be more. Relevance and authenticity may become more apt metrics of success than physical scale or audience size.

The institutions most likely to flourish in the new era will be the ones willing to meet the moment by asking whom they serve and following the answers where they lead. In some cases, those answers may result in an organisation that does not look much like the museum we used to know. And that’s okay. The gift of this moment is that we may pivot to a new pluralism of art institutions, each one doing what it does best for its constituency with the tools at its disposal.

Even as they get down to the hard work of focusing missions, repairing finances, and firming up the public trust, museums would benefit from two important adaptations beyond the ones already mentioned.

On a tactical level, museums—and the cultural sector in general—need to advocate more effectively for their own relevance, not only in lofty rhetoric but in the language of facts. If airlines can make a case for public safety using numerical data, why not museums? When new philanthropists ask for measurable evidence of social impact, it will have to be calculated and tracked. This involves fact-gathering and analysis that demands financial commitment and sectoral cooperation.

Finally, on a strategic level, museums need to face the fact that the pandemic closures have not simply been about their safety levels, but about society’s attitudes about their indispensability. Citizens and public representatives do not have the same perception of museums as museum professionals do. People need to be convinced that the museum is not trying to lecture them or make them feel culturally ill-equipped, but to warmly welcome them and offer meaningful experiences that are fundamental to their lives.

The year 2020 has presented museum leaders with challenges none could have expected. As the saying goes, let’s not let this crisis go to waste.