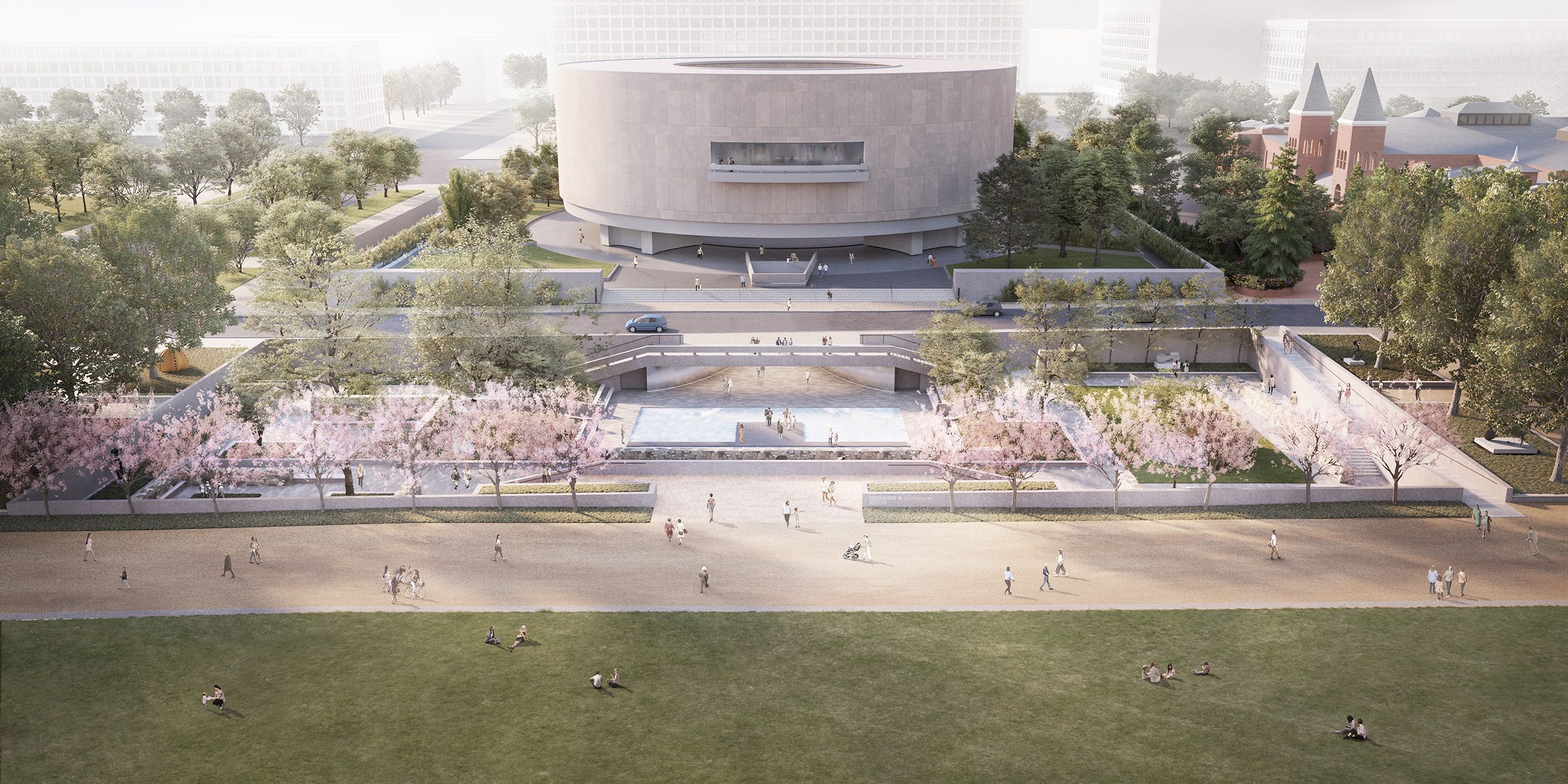 As the chief curator and deputy director of the Hirshhorn Museum and Sculpture Garden in Washington, DC for 14 years, I watched visitors be drawn hypnotically to Gordon Bunshaft’s dynamic circular building on the National Mall. Yet just as often, these same visitors, and countless more who strolled along the Mall, often passed by the adjacent sunken sculpture garden, unaware of its concealed beauty and the importance of the objects on display—a mere few feet from their path.

The garden will be more visible if the Hirshhorn is allowed to move forward with a thoughtful and sensible renovation designed by the artist and architect Hiroshi Sugimoto. I cannot think of a better individual to take on this long-needed project. Through his 2006 Hirshhorn retrospective (which I co-curated with David Elliott) and his more recent reimagining of the lobby, Sugimoto thoroughly understands the building. He has a deep appreciation of old and new design, materials and composition, light and shadow, and a keen ability to balance the traditional with the progressive. In selecting Sugimoto, the Hirshhorn has identified not only an artist-architect but a bridgebuilder connecting the Modern with the contemporary.

In 1974 and 1981, respectively, Gordon Bunshaft and Lester Collins contributed their American interpretations of Japanese garden design, a convention met without reproach. In the 21st century, though, it is imperative to invite a Japanese artist-designer to add the next layer to the evolving landscape. And although he is best known as a photographer, Sugimoto has created noteworthy structural installations and architectural projects as well as rock gardens and tea houses. His Odawara Art Foundation in Japan includes galleries, an observatory, an optical glass stage, tunnels celebrating the solstice, garden paths, and two Noh theatre stages. 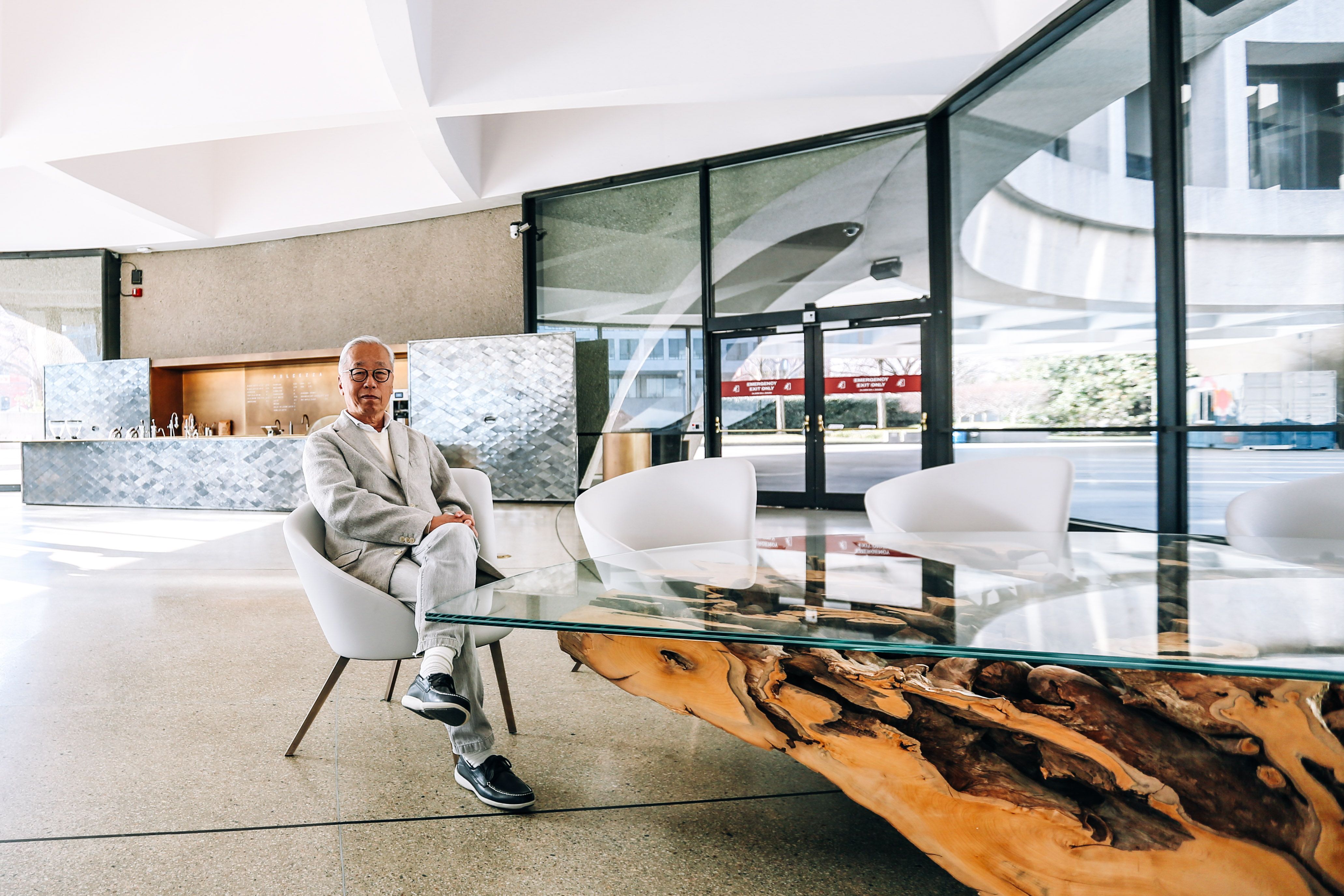 His plan for the Hirshhorn not only makes the garden more accessible by opening up the entrance from the Mall side—and potentially will bring thousands of more visitors into contact with Modern and contemporary sculpture, performance art, and the main Bunshaft building—but gives it a sense of weightlessness and playfulness while maintaining the intimacy of the submerged parcel.

It is essential to see this project in the larger context of the changing role of museums, including an ever-increasing need for agility and flexibility to respond to rapidly shifting approaches to art-making. There is also a vital requirement for audience engagement as museums take a more proactive role in this time of social change. Since the late 1970s, museums have grappled with ways to be more open, shifting away from conventional isolated repositories of rarefied objects toward centres engaged with the community. From Richard Rogers and Renzo Piano’s inside-out Pompidou building and piazza to the use of an unpretentious warehouse for the Los Angeles Museum of Contemporary Art’s Geffen Contemporary to Moshe Safdie’s more recent emphasis on open pavilions surrounded by nature and trails at the Crystal Bridges Museum of American Art, museums continue to find ways of being more interactive, current, and alive, and of dissolving boundaries between the contemplative spaces inside and the surrounding city or landscape outside. A detail from Hiroshi Sugimoto’s rendering of the design for the Hirshhorn’s Sculpture Garden on the National Mall features a detail of the east gallery display of Henry Moore’s King and Queen and Barbara Hepworth’s Figure for Landscape Credit: Hirshhorn Museum and Sculpture Garden

The proposed revitalisation builds on efforts we introduced to make the Hirshhorn a living entity. Along with an emphasis on after-hours events and performances, we began bringing the garden into the contemporary realm. For example, we participated in a city-wide Yoko Ono project, IMAGINE PEACE, during which the artist donated a Wish Tree for the garden onto which visitors tied their inner dreams and desires. Doug Aitken’s SONG 1, a 360-degree commissioned projection on the building’s curved exterior walls, expanded the concept of public interaction and brought thousands of people onto the National Mall at night, as well as turning the Hirshhorn building into an everchanging piece of liquid architecture. Art, generally seen on the inside of museums, was transposed to the outside, to be seen for hours by visitors lying in the grass or glimpsed by drivers through car windshields. The new garden design will likewise expand the traditional notion of a sculpture park, including not only the fusion of landscape and sculpture but creating contemplative spaces, performance areas, and acting as a transitional passage from outside to inside, physically and psychologically.

Over the last year, the pandemic and the shocking attack on Congress in January have created a situation requiring museums on the National Mall to change and transform in even more profound ways. With the opening of the National Museum of African American History and Culture and other projects, the Smithsonian has already done an outstanding job of framing the National Mall as a place of flourishing culture with a connection to the broadest public. The Hirshhorn’s garden renovation will be another step in this direction toward interaction and openness. Sugimoto’s design will create an inviting space that embraces the past but looks forward to a more inclusive and artistically inspired future.