Female artists, collectors, curators and philanthropists are playing a leading role in developing the arts scene in South Asia

The third Dhaka Art Summit (DAS), held in Bangladesh’s capital last month, revealed just how important is the influence and drive of women in the South Asian art world. Women are creating museums, art spaces and biennials, running education programmes, supporting artists and initiating myriad projects to an extent that is probably unmatched anywhere else in the world.

“Women are playing such a key part in the art scene in South Asia,” says Diana Campbell Betancourt, the artistic director of DAS. “There are incredible women here doing incredible things.”

The incredibles Among these women—many of whom attended the summit—are the Delhi-based Lehka Poddar and Kiran Nadar, both of whom have founded contemporary art museums with education and outreach programmes, and also run foundations. Aparajita Jain’s non-profit Saat Saath Arts Foundation facilitates cultural exchange between India and the outside world, and she is also partner in the art gallery Nature Morte. hilanthropist Sangita Jindal supports the arts every which way through the JSW Foundation, notably promoting folk music, restoring the historic Krishna temple at Hampi, Karnakata, and running the Jindal Arts Centre in Kolkata.

The list goes on: the renowned Pakistani art critic Salima Hashmi founded Beaconhouse University in Lahore. In Sri Lanka, Saskia Fernando has created the first contemporary art gallery in Colombo. India’s art magazine, Take On Art, was founded by Bhavna Kakar. The Mumbai Art Room, a non-profit platform for experimental and educational artistic practice was started by Susan Hapgood. Outset India exists thanks to Feroze Gujral, and the alternative arts incubator in Delhi, Khoj, was created by Pooja Sood.

DAS itself was founded by businessman Rajeeb Samdani and his wife Nadia. She comes from a collector family and encouraged him to join her in raising the profile of the Bangladeshi art scene. “We wanted to do something here, so the world could see it,” she says. As well as bringing the world to Dhaka every two years for the summit, the Samdanis have raised the international profile of the region’s artists.

Easy rides? But how do these prominent roles for women sit with the traditionally patriarchal societies in the region? Have these women chosen or been pushed into what are sometimes seen as “soft” fields of education and culture because they cannot go into other sectors? And does it help that they generally come from the elite—from political or industrial dynasties?

“You do need political influence to make things happen here,” admits Betancourt. Indeed, DAS has had the support of the Bangladeshi ministry of culture, which lets it have the Shilpakala Academy building rent-free for the summit. “But,” she continues, “women have a more leading role in the arts here; the art world is not as male-dominated as in the West.”

Jain, of Saat Saath, says: “Marginalising art and culture by saying it is women’s work irritates me beyond measure, and it marginalises women too. Does this mean that art isn’t part of a man’s world too?” Jain created the non-profit Saat Saath to “bridge the gap” between India and the outside world, arranging collaborations between museums, private collections, public institutions and corporate houses, and giving curatorial grants—all with the aim of promoting Indian contemporary art. “There is a growing realisation that culture matters, but there is no money for culture in India,” she says. “I could spend my time bitching or I could say, this is what I can do—and I will do it.”

South Asia boasts many female artists, and things are easier for them now than a generation ago. Even so, one woman at DAS recounted what happened to a friend, an established artist with an international reputation. After her marriage it all went wrong. Her mother-in-law expected her to stay home and give her foot massages, and was dismissive of her career and profile. The artist even feared violence at one point.

Tuned out Photographer Dayanita Singh believes a deep-seated male chauvinism remains in the region. “Men just don’t hear you when you speak,” she says. Mischievously, she created the Anna Atkins Prize for Indian Male Photographer last year with an INR50,000 ($700) reward; candidates were asked for “a statement on how you feel your ‘masculinity’ has informed your photographic vision”. No one has applied yet, she says…

“Particularly in photography, it remains a boys’ club here,” she says, “Patriarchy remains much stronger here, whereas I have never experienced it outside South Asia. But I am a fighter and I make my own space.”

Women may be making their mark in the region, but it’s not the same everywhere. For example, the Kochi-Muziris Biennale—the third edition is due to open in December—has been criticised for poor female representation, and is entirely run by men. But then, a number of people say that southern India is more conservative than the north.

What is particularly interesting about what is happening in South Asia is the way it ties into academic Olav Velthuis’s theory that there are four phases to the development of an art scene in emerging economies, with the first phase seeing artists operating in close groups without much commercial input or formal trade. This is to an extent the case in Bangladesh today.

He calls the second round the “bridging capital” phase, when the arrival of outsiders, or local collectors involved on the international stage, introduces artists to a wider public. In this case, his research was focused on how country-themed exhibitions came to the Venice Biennale.

This is where initiatives such as the DAS have an impact, with the Samdanis “bridging” their country’s artists to the outside world through their support for the Tate’s acquisition committee and funding an artist in Venice. Works from their collection have been exhibited widely, notably at the Kunsthalle Basel, the Gwangju Biennial and Fukuoka Asian Art Museum. And by 2018, Bangladesh will be even more on the art-world map, when the Samdanis open an art space to show their collection in their home town of Sylhet. What’s more, Nadia Samdani points out: “All my team at the DAS are women!”

Four to the fore 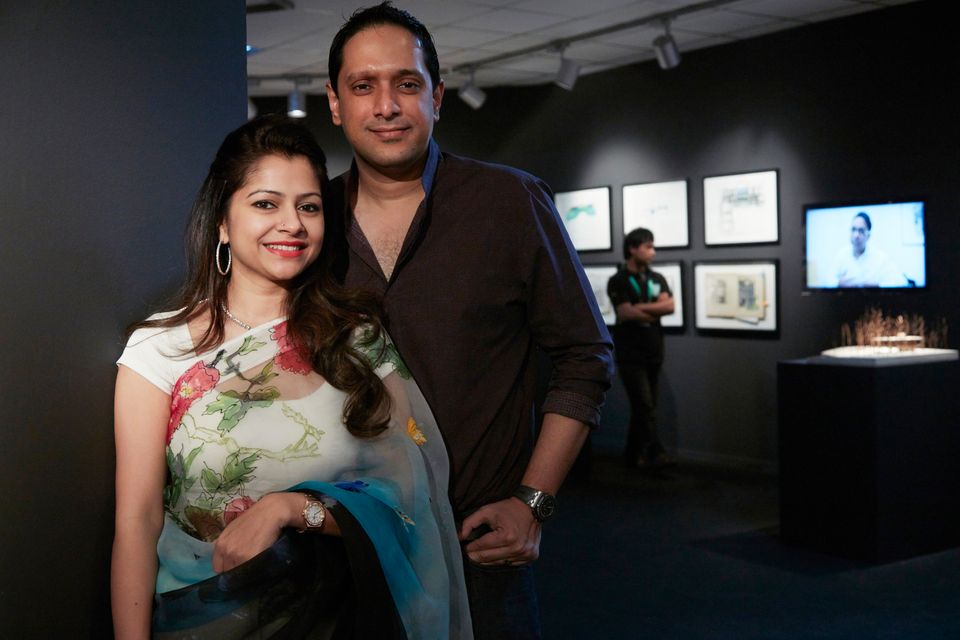 In 2011, she and her husband Rajeeb set up the Samdani Art Foundation to support local artists and promote Bangladeshi and South Asian art. On the Tate’s South Asia acquisitions committee, the Tate’s International Council, the New Museum’s International Leadership Council, and Parasol Unit’s international committee. One of Artnews’s top 200 collectors. 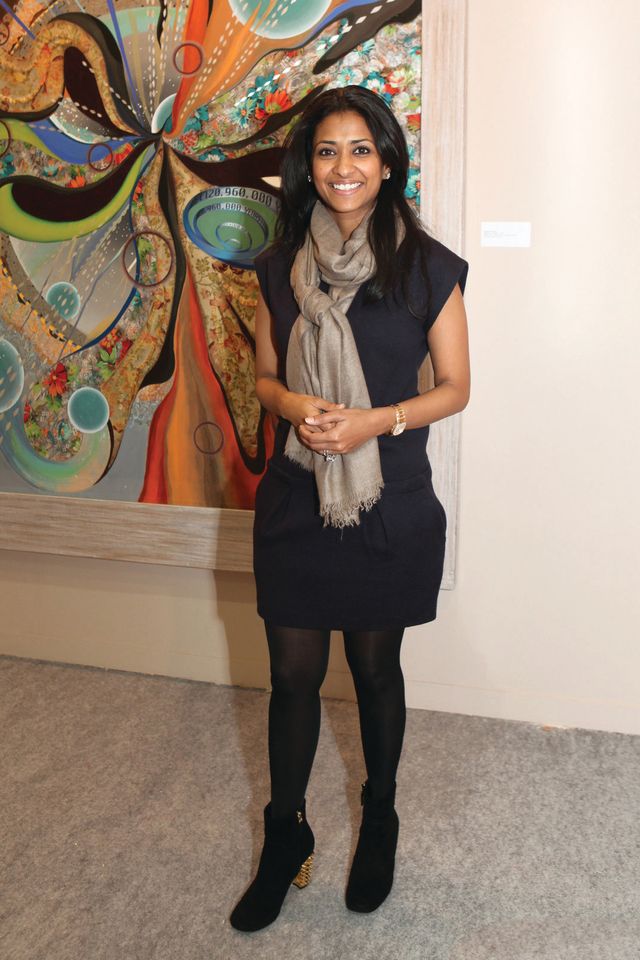 Founded Saat Saath Arts Foundation to bring international museum directors and curators to India to extend their research into the country.  Adviser to the Kochi Biennale, board member of the Tate’s South Asian acquisition committee, a member of the South Asian Institute Arts Advisory Council at Harvard University, and co-director of the commercial art gallery Nature Morte. 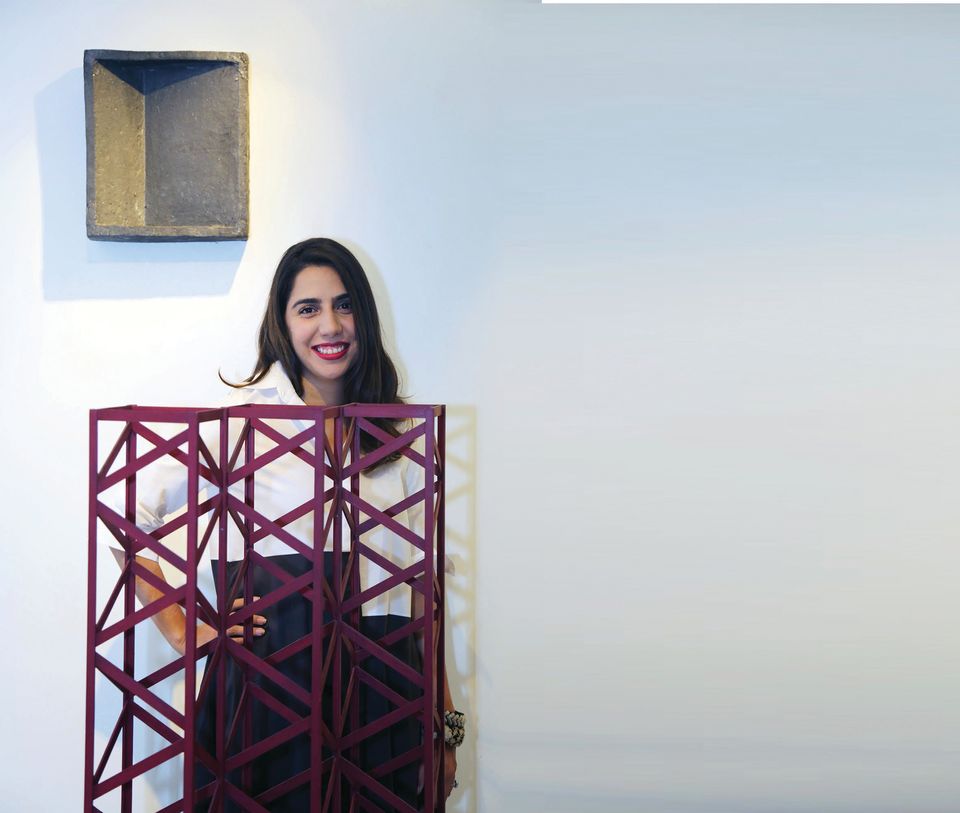 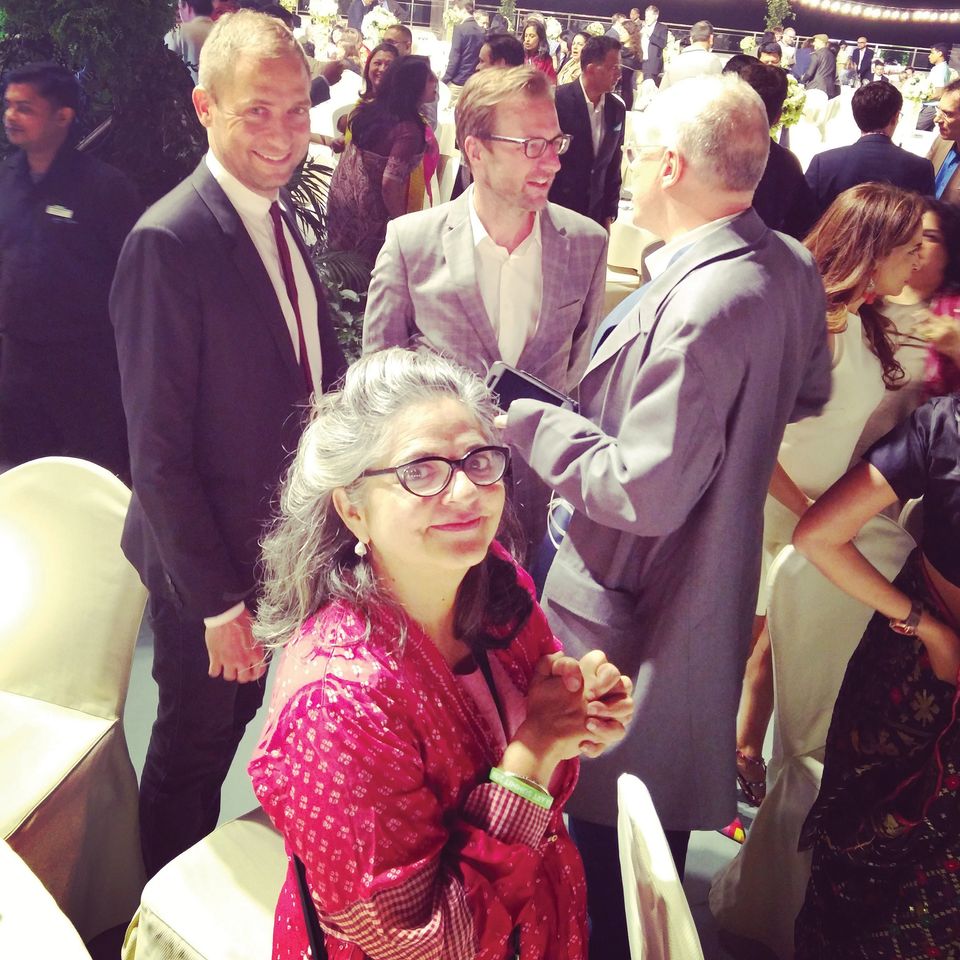 Delhi-based artist who studied visual communication at the National Institute of Design in Ahmedabad and documentary photography at the International Center of Photography in New York. Author of 12 books, the latest being Museum of Chance.