The 'panorama is desolate' for the country's culture sector, says Manuel Fernández-Braso, president of the association of Madrid art galleries 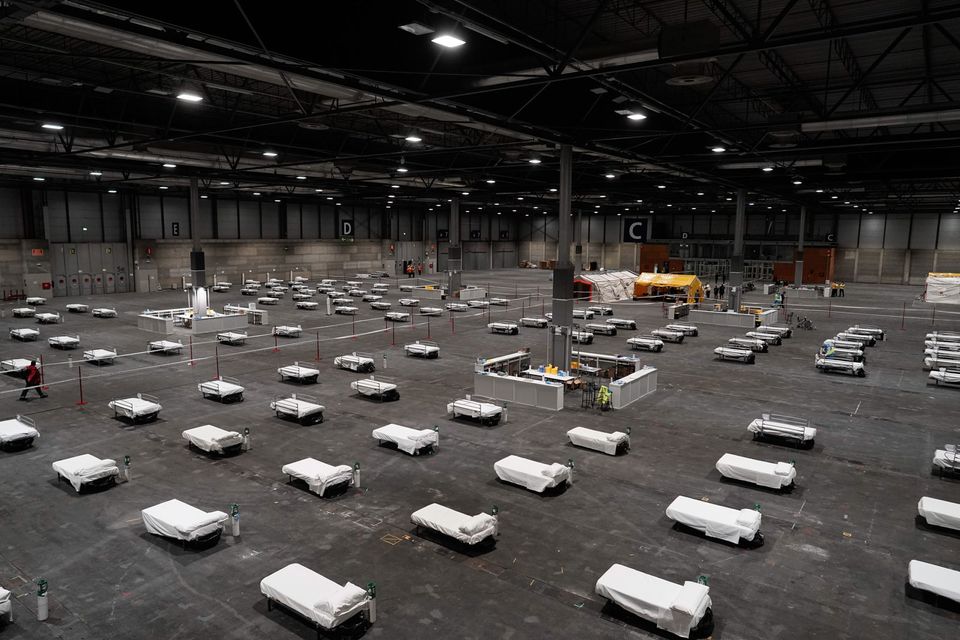 On Sunday 1 March, ARCOmadrid 2020 came to an end. Arco is Spain’s most important contemporary art fair and a traditional meeting place for trade and cultural exchange between Latin America and Europe. As gallery owners packed up their booths, the general feeling was of exhaustion and relief—as if they had swum against the current for a week and finally reached the shore.

Less than three weeks after the fair ended, the exhibition space had been transformed into a field hospital. The city of Madrid, in collaboration with the army and a multitude of private companies, professionals and volunteers, turned the immense multipurpose pavilions into a vast field of more than 5,000 beds spaced three metres apart. These were for coronavirus (Covid-19) patients who could no longer be treated in Madrid's overwhelmed hospitals. The idea of isolating and confining the sick came from Wuhan, the Chinese city from which the virus spread in December 2019. There, in just ten days, the Chinese authorities erected a new hospital to cope with the crisis.

On 5 February, Art Basel in Hong Kong (scheduled for mid-March) was cancelled for reasons related to the health of workers and visitors: a clear euphemism for "if there is a risk, there is no market and therefore no fair". ARCOmadrid opened as scheduled on 26 February, however. But the initial optimism was soon clouded by the news from Italy. On opening day, the media were more concerned about whether the fair would continue than with their traditional reporting on what the most controversial work of art would be.

The fair continued through to the end. Although it was clear that attendance from the public and collectors was lower, the final sales figures were good. Indeed, my gallery did better in this year's edition than in the previous one.

At that point, deaths from the epidemic in the north of Italy could still be counted on one hand. But the spread of the infection was so advanced that by 24 February that the first closures of public and private spaces were decreed in cities such as Turin, Milan and Venice. These initial measures had little effect. On 8 March, the entire region of Lombardy, with a population of 10 million, was put into quarantine. On the same day, Madrid celebrated International Women's Day, for which preparations had been going on all week. The celebration ended with a popular demonstration that brought together hundreds of thousands of people.

The next day, Italy went into full lockdown and Spain closed its schools and universities. That week, the discomfort among the art galleries of Madrid was latent. The board members of the gallery association Arte_Madrid, to which I belong, decided not to publish recommendations for all, leaving each gallery free to apply measures based on advice from the authorities. Some continued to operate normally, such as my gallery, where we even went ahead with an exhibition opening on the 12 March (albeit for a very small group). Some galleries decided to open only by appointment, and others closed completely.

The contagion’s unstoppable advance led the government to declare a state of emergency on Friday 13 March. From that day on, Spain was confined, with most shops and services closed, including those dedicated to culture: bookstores, cinemas, theatres, auditoriums, museums and art galleries.

That afternoon, confusion reigned among the members of the board of Arte_Madrid. On the one hand, we had to deal with the immediate consequences of the mandatory closure of our own galleries: gallery staff and space, the exhibiting artists, commitments made, meetings, visits, commissions... We were faced with questions for which we had no answers (answers we are now finding out). What was going to happen with the next exhibition, with that fair, with that agreement, collaboration or commitment? On the other hand, we had obligations to make decisions and implement measures in relation to the association. The closed galleries meant a total lack of information. There was no activity because there was no public, and without that, there was no sense.

The board made two immediate decisions. One, to inform (redundantly but necessarily) the public of the new situation. Two, to move from physical to virtual spaces, making digital media the driving force in our sector. From that moment on, the websites and social networks became a meeting place between the galleries and the public, to sustain and support a secluded society. Virtual exhibitions, interviews, meetings, games, publications, explanations of specific works.

The pleasant sensations that this generated did not last long. The obligatory confinement, accompanied by so many personal and professional changes, gave off a blurred image of life, of time, of ourselves, of others. And, of course, we could not escape people's suffering; of the patients and the professionals who care for them. Of those who have to work out of obligation and, most dramatically, the vulnerability, pain and suffering of the elderly.

On Sunday 15 March, in the afternoon, the National Consortium of Art Galleries asked us to send a message to the galleries in Madrid requesting information about the damage caused and proposing shock measures to alleviate the losses in the cultural sector. Because of its inherent fragility, this sector is particularly sensitive to any type of crisis, and more so to a health and financial crisis. The desolate panorama and dark expectations were communicated to the ministry of culture.

By 25 March there had already been more coronavirus deaths in Spain than in China: 3,434, of which 1,800 were in Madrid. The state of emergency has been extended until 12 April. To the human tragedy must be added the collapse of economic prospects. And, in the midst of all this, the art galleries and cultural spaces remain closed.

Culture is digital. The public, confined. And the cultural sector is trying to convince the authorities and those in power that culture needs protection and direct aid.

Meanwhile, in pavillon 9 of Ifema, the patients are not only isolated, unable to receive visitors. They are also completely disconnected, because in the three-metre spaces between beds, there are no outlets for charging mobile phones.

• Manuel Fernández-Braso is President of Arte_Madrid, the association of Madrid art galleries