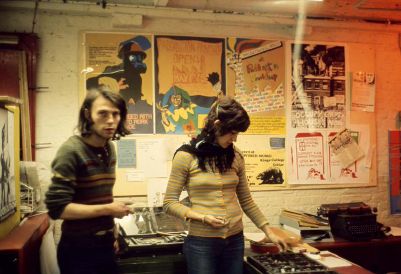 The closure on 1 October of the London Print Studio (LPS) brings to an end a story that began in 1972 with John Phillips, fresh out of art school, starting a screen-printing business from his kitchen table. Early clients included local theatre and community organisations. Two years later, as refugees from Chile arrived in London following the 1973 coup d'état, he found himself printing posters with the artist Roberto Matta in an increasingly crowded kitchen and decided it was time to scale up.

Paddington Printshop opened in an old taxi-metre factory in 1974, with furniture repurposed from sets salvaged from the Ideal Home Exhibition. Founded by Phillips and Pippa Smith, from the start the aim was to provide printing facilities for all who needed them, no matter their wherewithal, as well as educational, design and print resources for the local community. While the space may have grown, the name changed and facilities become more sophisticated over the decades, those aims remained consistent. 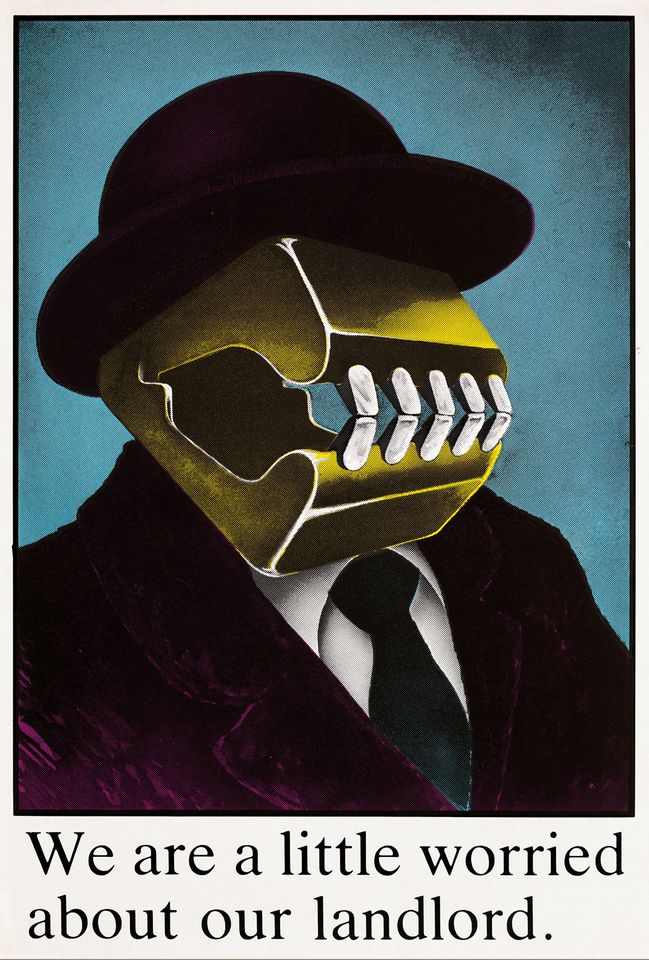 Writing in 2005, Phillips described a studio in which the street-front gallery on Harrow Road hosted a buzzy exhibition dedicated to local legend Joe Strummer, while “Lucian Freud etched plates and proofed prints, members of the Westminster Domestic Violence Forum worked on a multilingual website, artists and school students attended courses, each following their individual creative paths, within a public space”.

Thanks to its close involvement with local community and activist organisations, Paddington Printshop soon became much more than ‘just’ a print workshop. The organisers helped the Notting Hill Carnivalists secure public funding, assisted the artist Jamie McCullough to establish the community-run public park Meanwhile Gardens and designed a campaign in 1984 to stop the local authority selling the surrounding housing estate to developers. Posters designed and produced at Paddington Printshop are now in the Victoria and Albert Museum; a collection was recently issued as a book (Posters from Paddington Printshop by John Phillips published by Four Corners Books). 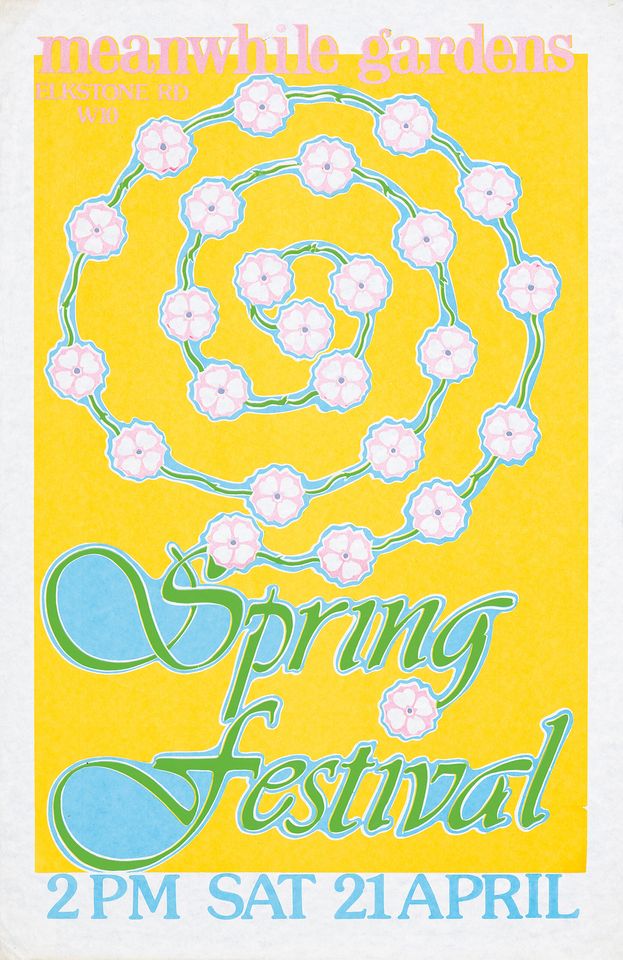 “I knew John when he first set up Paddington Printshop in a basement off the Harrow Road in the early 70s, designing and printing agit-prop posters for squatters, anti-racists and other radical community groups—many of those designs are classics of their time,” recalls the curator Roger Malbert.

“Over time, that activist workshop evolved into an open-access community resource where local people could learn printmaking and poster design. Somehow, John managed always to balance local community engagement and accessibility with a level of professionalism and artistic quality.” Under Malbert’s direction, Hayward Touring later collaborated with LPS on print exhibitions of Goya, George Grosz and Cornelia Parker.

Paul O’Neill, who curated numerous exhibitions for the LPS gallery in the early 2000s, describes the closure as “extremely sad news and a terrible loss to London-based artists, its communities and activists invested in printing and its political charge.” LPS gave him “a chance to experiment and to meet and work with many artists on collective and solo shows from Billy Childish to Phil Collins, to Kathrin Böhm, Elizabeth Price, Eva Rothschild, Rasheed Araeen and Faisal Abdu’allah. 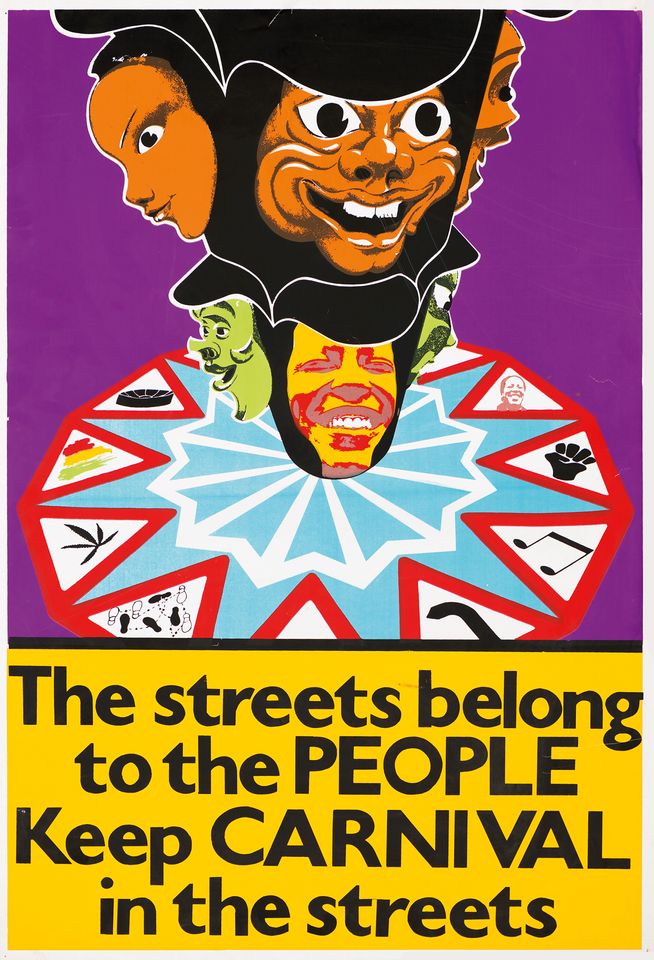 John Phillips, The Streets Belong to the People, Keep Carnival in the Streets (1976) © Posters From Paddington Printshop by John Phillips (Four Corners Books)

"I learned so much from John Phillips and the many artists moving through the organisation at the time,” says O’Neill, citing a long list of those who showed or worked at the studio in the period, among them Sunil Gupta, Susan Hefuna, Linder, Chila Kumari Burman, Sonia Boyce, Frank Bowling and Paula Rego.

“I made a lot of my early formative works incorporating screen-printing at London Print Studio, so its often political history and the specialist facilities it provided are very much embedded in the development of my own practice,” says the artist Shezad Dawood. “I have very fond memories of struggling on the number 18 bus with oversize rolls of vintage textiles, on my way to and from there to make works that are now in museums and collections around the world.” 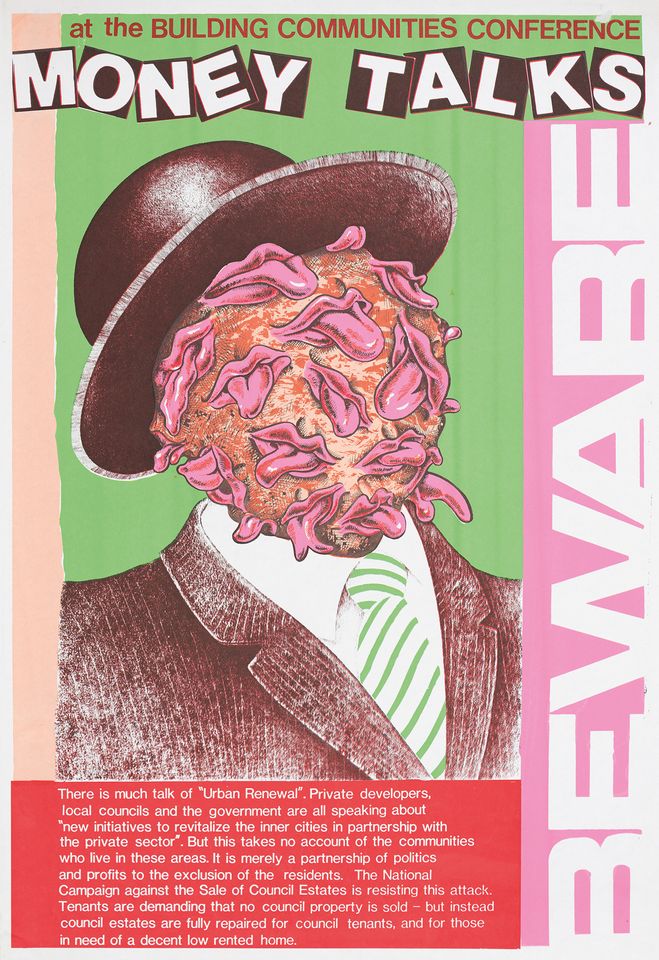 “I'm uncertain as to who else is out there offering these resources and opportunities in London exploring the breadth of technique and practice of printmaking,” says the curator Adelaide Bannerman, who sat on the LPS exhibition committee in the early 2000s. “London Printworks Trust in Brixton closed in 2013. It leaves another yawning gap in resources for postgraduates and professionals, as well as enthusiasts.”

“I worry about what the gradual closure of such facilities and what they afford artists means over time,” adds Dawood. “Not just for making, but as a social and community space for dialogue and solidarity.”