Museums have a duty to be political

Activist curators and directors can make truly democratic spaces, but they need brave boards to support them 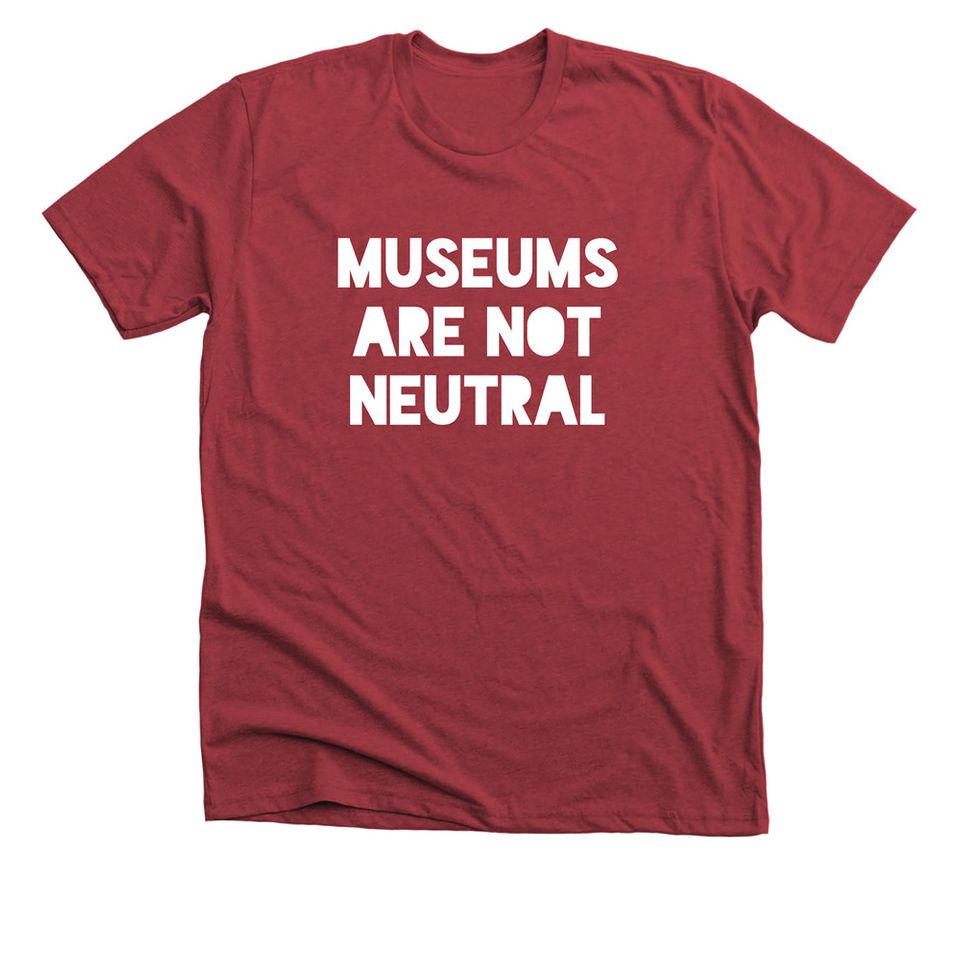 The former director of the Queens Museum in New York, Laura Raicovich, was celebrated for her political outspokenness. “At Queens Museum, the Director Is as Political as the Art” read the headline of a New York Times profile last October. Less than four months later, Raicovich abruptly announced her resignation. “There are so many big things that art and culture have to contend with that are so wrong in the world,” she told the New York Times. “I just felt that my vision and that of the board weren’t in enough alignment to get that done.”

Raicovich presented the decision to leave as her own; the Queens Museum board later claimed that it forced her, after an independent investigation of her handling of an Israel-sponsored event found that she "knowingly misled the board". Either way, it seems clear that the board did not fully support her activism, including her closure of the museum on Donald Trump’s inauguration day, in step with calls for an “art strike” by prominent artists and critics, to hold a free protest sign-making event instead.

Raicovich strove to make the Queens Museum a truly progressive, community-orientated space. That is why her departure after only three years is worrisome. It represents the divide between those who think museums should refrain from being political and those who know that, from their foundation, they always have been.

Many of the West’s most beloved art museums began as private collections—a way for royal and rich families and institutions to represent their good taste, wealth and power. The Uffizi in Florence, in its first form, was a private gallery established in 1581 to display the collection of the Medici family. Anna Maria Luisa de’ Medici bequeathed most of their treasures to the Tuscan state 162 years later, calling them an “inalienable public good”.

Natural history collections were more idiosyncratic, but similarly served as a showcase for their owners’ sophistication. Cabinets of curiosities presented natural specimens alongside man-made objects in an attempt to classify the world. This was inextricable from the ideology of colonialism, which placed Western society at the pinnacle of civilisation and viewed other lands, peoples and cultures as inferior, and hence exploitable.

Our present museums grew out of this privileged milieu. Largely white, wealthy people chose which objects to include, and continue to do so today as board and staff members. Recent surveys by New York’s Department of Cultural Affairs and the New York Times found that the employees and trustees of the city’s major arts institutions are overwhelmingly white. There is a reason why many people of colour still feel unwelcome in museums. It relates to the reason why museums so often display items from certain cultures—including Native American and African ones—as historical or ethnographic objects, rather than as works of art.

A recent grassroots T-shirt campaign summed it up: Museums are not neutral. As Raicovich herself tweeted last autumn: “Neutrality is a fiction.” Claiming not to take a position is actually a way of taking one—it means supporting the status quo. At a time when the status quo in the US is government-sanctioned racism and xenophobia, it is all the more urgent that museums acknowledge their political histories and adopt stances on contemporary issues.

There is no single right way to do this. Days after President Trump signed the travel ban last year, affecting people from mostly Muslim countries, curators at the Museum of Modern Art (MoMA) installed works by artists from some of the targeted countries in their galleries. It was an understated yet potent gesture of solidarity.

Far more brash was the offer by the Guggenheim Museum’s chief curator, Nancy Spector, to lend the White House Maurizio Cattelan’s 18-carat-gold functioning toilet, America. Some have argued that Spector’s move was crass or alienating, but I found it brilliantly subversive. Like the MoMA curators, she used the art she had at hand as a means of protest. And why not? Trump has already made his disdain for culture clear in multiple attempts to eliminate the National Endowment for the Arts, most recently in the 2019 budget.

They did not start as such, but museums today are a public good. To foster education and exchange, they need to welcome all kinds of people, not just the rich and powerful. Truly democratic spaces are not made by remaining neutral; creating them requires recalibrating the balance of power. Many museum workers have already begun this through socially conscious exhibitions and community outreach. However, as noted by more than 200 arts professionals who signed an open letter in support of Raicovich, it will require brave boards empowering their staff to see it through.

Update: This article was amended on 21 March to specify that the investigation of the Israel-sponsored event at the Queens Museum was conducted independently and concluded that Raicovich "misled the board". In a statement, a spokesman for the museum said: "Freedom of expression and tolerance are longstanding tenets of the museum and guide our exhibits, outreach and programming. Ms. Raicovich's departure was wholly unrelated to either free speech or the expression of any particular point of view."