CommentMuseums in the changing world order

Museums in the changing world order: the rise of authoritarian nationalism

In the third part of a new series, Adrian Ellis looks at the cost of state support in illiberal democracies and the insidious erosion of institutional independence 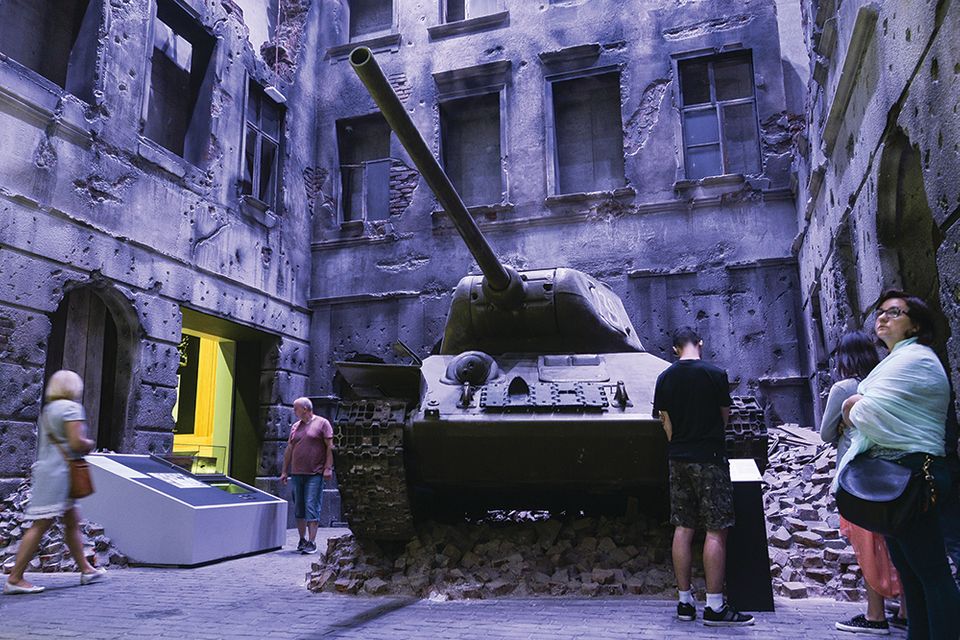 Exhibits at the Museum of the Second World War in Gdansk: its director was dismissed after resisting government intervention Artur Widak/NurPhoto via Getty Images

Liberal democracies have developed various devices to help to ensure that public funding of the arts and culture does not bring with it political control of content—the “arm’s length” relationship between government and cultural organisations; the decentralisation of decisions about cultural priorities from government to individuals via tax-deductible donations; a legal framework that seeks to circumscribe the legislative limits placed on freedom of expression; and a free and vigilant press. These were all hard won—and won slowly and imperfectly—but the result has been that attempts at political control of museums are relatively rare and that where political interference is attempted, governments often come off the worse for it.

Some of the most famous flare-ups, such as the culture wars around the US National Endowment for the Arts’ funding of Robert Mapplethorpe, Karen Finley and Andres Serrano in the early years of the Reagan presidency, were, in any case, largely manufactured spectacles, with participants on both sides of the debate looking for a noisy fight and using pre-social media techniques to maximise polarisation. (If in doubt, read John Frohnmayer’s 1993 memoir of his stint caught in the middle of the fracas as chairman of the NEA, Leaving Town Alive.)

Illiberal democracies are another matter: political control is often the price of government support. The weakening of legal protections to both freedom of expression and freedom of the press, which are a hallmark of populist and nationalist agendas, make that control both easier to exercise and less evident to the world at large. We are witnessing the global rise of illiberal democracy, fuelled by the disruptions of 30 years of globalisation, “euro-scepticism”, migration precipitated by war and climate change, Islamophobia, terrorism, and the inequities generated by the austerity measures taken in the decade that followed the 2008 crash. This has brought populist and nationalist governments to power in five of the seven largest democracies in the world—India, the US, Brazil, Mexico and the Philippines—as well as in Japan, Colombia, Turkey, Hungary and Poland, and, as part of coalitions, in Austria, Belgium, Bulgaria, Chile, Finland, Greece, Italy, Israel, Latvia, Lithuania, the Netherlands, Norway, Slovakia and Switzerland.

Many more states have populist administrations at the regional and local level or as significant minority parties. These include Australia, Canada, the Czech Republic, Denmark, Estonia, France, Germany and Romania. In those countries with elections later this year—India, Belgium, Denmark, Portugal, Greece, Ukraine—polls anticipate a further strengthening of the populist and nationalist vote, as they do for the European Parliamentary elections in May. Recent analysis of populist trends in 31 European countries assembled by the Guardian newspaper concluded that one in four Europeans now votes for a populist. To put it bluntly, populism and nationalism are firmly in the ascendant.

Museums, alongside news organisations, publishing houses and universities, tend, historically, to have a strained relationship with populist governments for obvious reasons. Most museums’ stated values are explicitly antipathetic to the values of populism and nationalism: a commitment to freedom of artistic expression, to scientific method, to intellectual scepticism and an aspiration to objectivity and reason. And for many museums, overt and proactive commitments to diversity and inclusivity have joined these in recent years. Any assault on this cluster of values is, by implication, an assault on the sector’s raison d’être.

So far the assaults have mostly been rhetorical rather than real. Universities and the press have fared somewhat worse. But straws in the wind include the rewriting of the narrative at the new Holocaust Museum in Budapest by Viktor Orban’s Fidesz government; and a similar intervention by Poland’s Law and Justice Party government at the new Museum of the Second World War in Gdansk, whose director, Pawel Machcewicz, was dismissed when he sought to resist government intervention. Italy’s minister of culture, Alberto Bonisoli, threatened not to renew the contracts of the group of foreigners recruited to run its national museums, and the threat and continuing uncertainty has led to the departure of at least one non-Italian director. Brazil’s President Jair Bolsonaro is threatening a rewrite of Brazil’s entire national history, exonerating the Portuguese from involvement in slavery and rehabilitating the 1965-84 dictatorship. He is also gunning for the Rouanet Law, which provides tax deductions for corporate supporters of the arts as well as arts sponsorship by the public sector—the two have been principal mechanisms of public support of the arts in Brazil over the past two decades. In the US at federal level, Trump’s assault mostly comes down to funding cuts. His latest budget attempts, for the third time, to eliminate federal funding for the arts and humanities, public television and radio, libraries and museums—about $897m in total.

Some of the countries experiencing a populist surge have shorter and weaker liberal democratic histories than others, and future-gazing is axiomatically speculative. But the clear implication is that if current trends continue, populist parties will take control in more local, regional and national jurisdictions, and based on the evidence to date and on the underlying thrust of their political agendas, greater political pressure on the cultural sector and therefore on museums of art, history and science can be anticipated. It is not difficult to see the slow-motion collision course.

The political erosion of institutional independence is insidious. Timothy Snyder’s pithy On Tyranny: Twenty Lessons from the Twentieth Century and a spate of books and articles prompted by the resurgence of nationalism, populism and authoritarianism in democratic states remind us of the mechanics of these processes in 1930s Europe. The initial signs are often difficult to detect because they usually take the form not of heroic stands, but of subtle pre-emptive action by institutional leaders anxious to avoid a political conflagration. The temptation is to self-censor, as Okwui Enwezor commented in one of his last interviews about his experience at the helm of the Haus der Kunst in Munich. The loss of autonomy happens “first slowly, then all at once”, to use Ernest Hemingway’s characterisation of the slide into bankruptcy. The tendency for public funders —indeed all funders—to seek constantly to substitute programme-related funding for core funding significantly increases the opportunities to exercise control.

The International Council of Museums’s code of ethics states: “Regardless of their funding source or governance model, museums should maintain control of the content and integrity of their programmes, exhibitions and activities… The high level of professional and institutional integrity and autonomy of museums should not be jeopardised by financial or political interests.” Risk registers, strategies for risk mitigation and exhortations to institutional resilience figure prominently in the literature of best practice in museum governance and management these days. Therefore good museum risk-assessment should probably, regrettably, include contingency planning for the protection of core values and the content that is informed by them in the event that those values are explicitly repudiated by key stakeholders.