Here is what you can do to help Myanmar's beleaguered artists

The situation in the country right now is 'nothing short of dark and desolate', says Nathalie Johnston who runs an art centre in Yangon 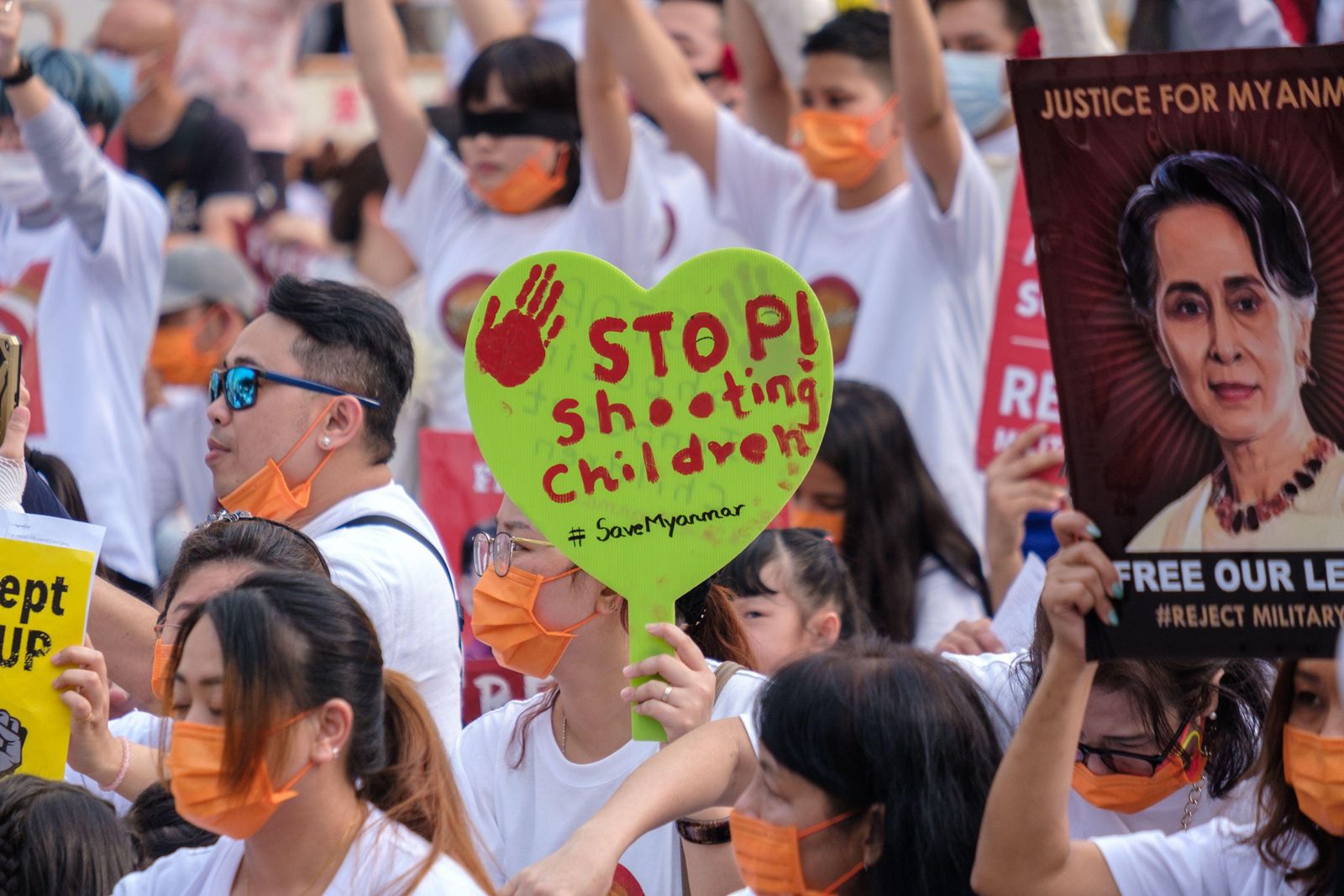 On 1 February, Myanmar experienced what can only be defined as a military coup. The ruling classes related to the military have held power for years, despite the veneer of a democratically elected government. Once again, they have taken over the economy, the country and society in order to deny the population access to basic rights and opportunities.

The art scene of Yangon, a city of six million people, flourished in the past five years, despite self-censorship in the wake of decades of propagandised education. Dozens of galleries and artist studios have popped up. Tourism, business interests and a rising middle class meant that artists were able, to some extent, to express themselves as well as make a decent living from their creative lives through sales, residencies and grants. Whatever imagined future based on previous successes is now gone, and what remains is the struggle to rebuild, recreate and fight for a newer, brighter potential.

The situation in Myanmar right now is nothing short of dark and desolate. This weekend saw the worst bloodshed since the coup began; more than 100 people were killed, including a five-year-old child. Average peaceful protesters—often under 25 years old—are shot point blank in the head. Elected officials are kidnapped at night and their tortured corpses returned to their families in the morning. Propaganda news is broadcast in the evenings reciting the stories of the day, twisted and gaslit to the point of being ridiculous; lies spread by a thin-skinned regime desperate for an era long gone, where people were isolated, with little access to information.

In the first weeks, artists took to the streets and their keyboards. They built networks fast. Established artists looked to galleries and collectors, but young Generation Z ones were even faster than the experienced fine art crowd. They took photos they found on the internet of inspirational protest scenes, then created colourful digital copies, sharing them online stating “no credit needed”, “share please”, or even offering Google Drive links with high-resolution versions so protesters and supporters of the movement could print them and bring them out onto the streets.

That was almost four weeks ago. Now the print shops are closed, having been officially threatened by the military for producing materials offensive to the regime. The protests in the central intersections of the city have dissipated, moving to the outskirts. What remains is the art, spray painted on city hall, flyovers, shop fronts or street corners. Pieces of paper featuring the face of Min Aung Hlaing, the lead general of the coup, with an X through his face, plastered on the street and sidewalks so that people step on them, a serious sign of disrespect in this largely Buddhist country.

The coup never should have happened. Whatever the sins of Myanmar, the people do not deserve this repetitive fate of dictatorship and poverty. But it did open one avenue in terms of creativity: artists are no longer unsure of their place in this society. The self-censorship suffered for many years has melted away, and they now know what they are truly capable of, when they have the support of the people. Public art has taken on a new meaning when it does not ask for permission.

Myanmar artists are strong. Their parents, grandparents and great-grandparents suffered a similar fate under colonial or military governments. But like the rest of the world, the artists of Myanmar require a measurable amount of solidarity. So, what can you do to help? Here is what the artists of Myanmar need: signs, strikes, and significant acts of solidarity from artists and institutions with a large following and platform. Share on your platform, tag major media outlets and social media accounts, and ask your institutions to stand with artists from Myanmar, who fight, suffer, protest and die for the right to self-expression, a battle fought the world over.

• Nathalie Johnston is the director of Myanm/art in Yangon, Myanmar