For decades, short-termism and conflicting interests have prevented a sustainable plan for Venice from being developed or enacted 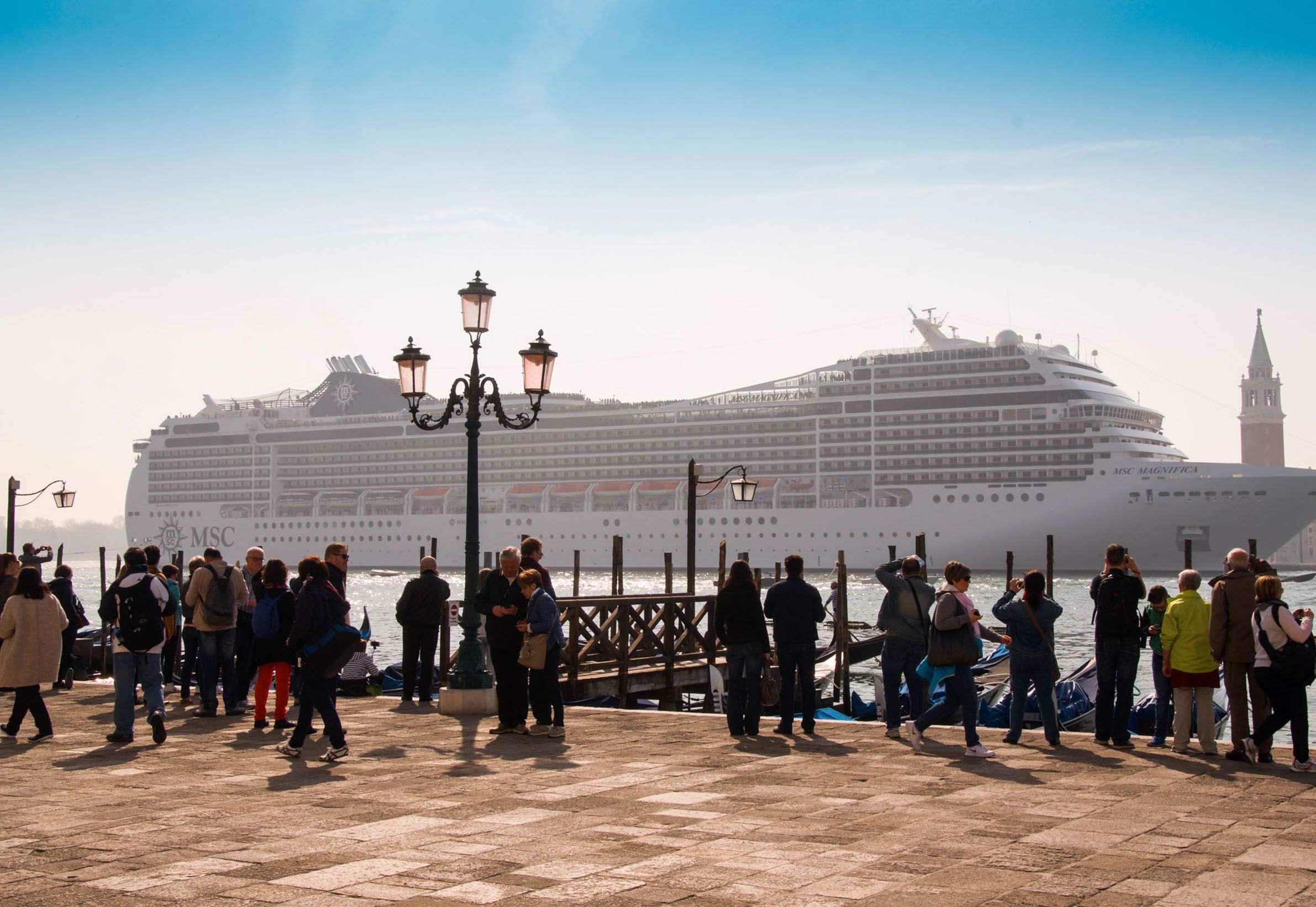 The message sent by Unesco is very clear: Venice cannot be treated as an industrial and commercial development area any longer

Unesco’s World Heritage Committee, meeting virtually out of Fuzhou in China 15-23 July, is about to discuss adding Venice and its lagoon to its World Heritage in Danger list. What has brought this about now, given that scientists, conservationists and Venice-lovers have been complaining about the state of the city for decades?

There are no easy answers to Venice’s problems. Over the past 60 years at least, they have become increasingly complex, generating a web of social, economic, political and environmental issues that seem to paralyse every attempt to find viable, sustainable solutions.

The critical issues are well known: the conservation of its urban fabric and architectural and artistic treasures; the defence of the city against increasingly frequent flooding; the effects of mass tourism, and the impact of modern industrial operations on the fragile lagoon ecosystem.

Over the past decades, some of these issues have been addressed relatively successfully. Most of the physical fabric of the city has been restored, and Mose, the mobile barrier system between the lagoon and the sea that protects the city from flooding events, has already proved its effectiveness and is nearly complete.

Against that, the city has been unable to maintain its social and economic structure, losing a large proportion of its resident population and allowing the majority of its housing stock to be turned into B&Bs and hotels. The massive impact of tourism on the life of the city has had its unpleasant symbol the giant cruise ships towering over the port of Venice.

After the Costa Concordia ran aground on the Isola del Giglio in 2012, the Italian government banned the passage of large ships through Venice, demanding that they be rerouted through another entrance into the lagoon. However, lacking a plausible alternative port, things continued unchanged until April 2021, when the government issued another decree, this time banning the ships completely from the lagoon. A temporary mooring at the industrial zone of Porto Marghera inside the lagoon was, however, foreseen while awaiting the construction of a new port outside the lagoon.

When giant ships entered Venice in early June despite this decree it caused great embarrassment to the government and may well have been what pushed Unesco to recommend adding Venice to its list of endangered sites.

To prevent what would be considered a humiliating sanction by the international community, the government issued another decree on 13 July banning once and for all the entrance of large cruise ships as from 1 August and offering compensation to the cruise ship companies and the port authority. This still foresees the construction of new, supposedly temporary, moorings for cruise ships at Porto Marghera, so the complete withdrawal of cruise ships from the Venice lagoon will not, therefore, happen for a long time to come.

The controversy around this issue has vast implications: on one hand, the large ships, which include oil tankers and cargo ships, need wide, deep channels that are a threat to the hydrological balance of the fragile lagoon ecosystem, and large investment in new mooring infrastructures and services that caannot be “temporary” in nature. On the other hand, the port authority says that employment and revenues would suffer if the cruise ships left Venice.

The current tug-of-war is between the city government of Venice (supported by the port authority and private owners of the land to be converted), which is in favour of the new mooring in Porto Marghera, and the conservationists, supported by a law that requires the complete banishment of the cruise ships from the lagoon.

There are many other examples of such conflicting conflicting interests: between housing for residents and short-term visitors and limiting mass tourism versus the interests of shop owners and tourist operators.

It is evident that today’s policies are based on a short-term vision and are skewed towards the protection of vested interests. But has a long-term vision for the future of Venice ever been at the heart of local and national policies? It seems not. Other cities hit by over-tourism such as Barcelona or Amsterdam, have taken the opportunity of Covid-19 to redesign their economic strategies, while nothing has emerged from Venetian politicians except a fixation on returning to the “good old days”.

Looking at the city’s economy, it is clear that tourism needs to be harnessed and that policies need to be developed in support of residents and the creation of an alternative economic base. Venice will have a future if its society can once again form the critical mass that distinguishes a city from a tourist village.

Looking at lagoon environment, it is equally obvious that Venice cannot sustain a continuous adaptation to the ever-growing industrial and commercial needs of the shipping industry, and that dredging new canals to allow the increase of traffic is not just a dangerous but a criminal act, considering the catastrophic impact on the lagoon of its industrialisation in the 20th century.

The message sent by Unesco is very clear: Venice cannot be treated as an industrial and commercial development area any longer but needs to find a balance between its historic and natural environment and its economy, the same balance that allowed it to survive for a thousand years.

This vision calls for short-term economic sacrifices, but these are the hard choices that a seriously motivated national government should make and that the world expects. I hope the World Heritage Committee, which has twice failed to deliver firm recommendations for the conservation of Venice, in 2016 and 2019, will now finally rise to the challenge.

• Francesco Bandarin is an architect and former senior official at Unesco, director of its World Heritage Centre (2000-10), and assistant director-general for culture (2010-18). He is currently advisor to ICCROM, to the Aga Khan Trust for Culture and to the Smithsonian Institution.