One of us or one of them? A long view of the appointment of George Osborne as chair of the British Museum

The former chancellor's instalment echoes the selection of Lord Armstrong as chair of the V&A, which had serious consequences for the museum 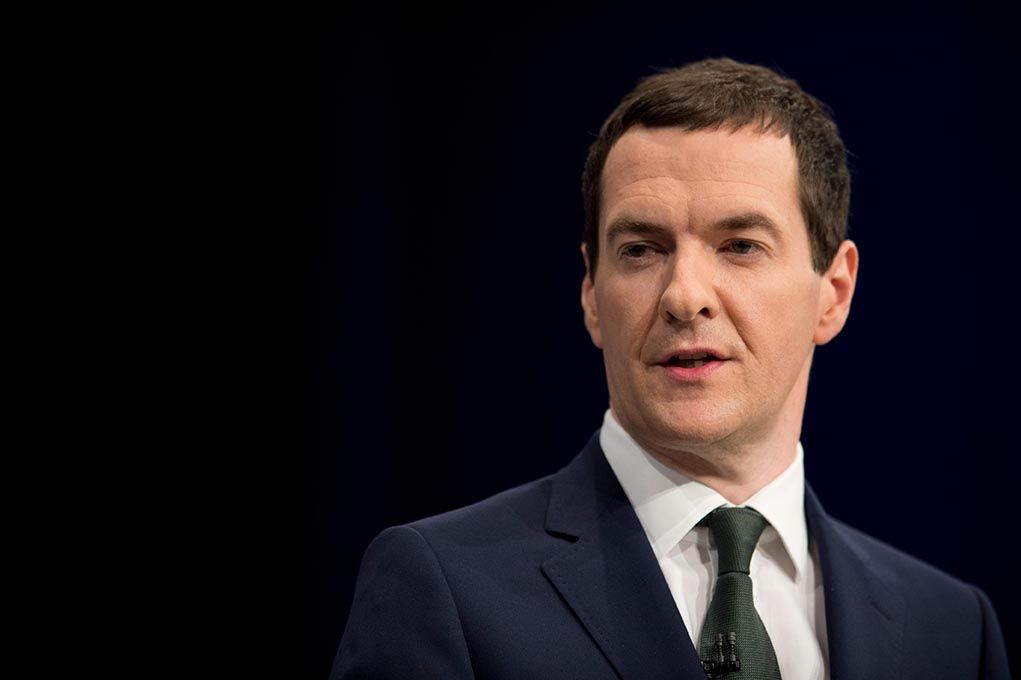 George Osborne, the former UK Chancellor of the Exchequer, has been named the new chairman of the British Museum by its board of trustees. © Russell Hart/Alamy Live News

The appointment of George Osborne as chair of the trustees of the British Museum is just the latest of many Thatcherite moves to subvert the arm’s-length principle that used to insulate public boards from the interference of politicians. His installation is as unashamedly blatant as the appointment of Lord Armstrong, Thatcher’s former cabinet secretary, as chair of the board of the Victoria and Albert Museum (V&A) in 1988. Famed for being "economical with the truth" when testifying in the Spycatcher trial in Australia, and prominent as Thatcher’s ‘one of us’, he was a prime agent in the dirtiest episode in the museum’s history.

Following a hostile and ignorant report of the National Audit Office into national museums, the Public Accounts Committee of Parliament attacked museum directors with matching ignorance. They did not understand that one of the roles of the huge collections of the British Museum (BM) and V&A was to serve as libraries of material culture. The bouncy David Wilson of the BM, deeply versed in museum culture and effective in public communication, gave at least as good as he got. But the newish director of the V&A, Elizabeth Esteve-Coll, previously head of the National Art Library and inexperienced in curatorial matters, was steamrollered by the political thugs.

Robert Armstrong responded with a cache of stampeded reforms, hatched by an inner cabal of trustees and senior management in conjunction with his former cronies in the civil service. Bizarrely, curatorial expertise was to be separated from care of the collections. The most scandalous result was the offering of redundancies to nine curators, at least some of whom were regarded as not pliable by the management.

As a trustee, I only learnt of these ‘sackings’ from colleagues who were asking ‘what is going on at the V&A?’ I did not know. I was at that time chair of the Association of Art Historians and felt I had no alternative but to resign. I did so from a hospital isolation ward in Fife, where I was afflicted by meningitis. Journalists seemed rather nervous about conducting interviews in person. I wrote up the whole sorry story of the V&A ‘reforms’ in The Burlington Magazine in May 1989.

This was the most dramatic of a series incidents and changes that resulted from external control being applied to trustee boards. In my time as a trustee of the National Galleries of Scotland, the V&A and the BM I have witnessed huge declines in the independence of the boards and the ideal of public service. Already in the 1980s corrupt practices of a now familiar kind were becoming apparent, I have seen trustees failing to declare even the most obvious interests. One was responsible for a museum’s advertising programme, while another, chair of a museum’s commercial arm, was signing contracts for his company to exploit designs held by that museum.

The most pernicious but least publicly prominent of the erosions has been the decision to make each museum’s finance dependent on the department’s (and minister’s) approval of the museum’s programme, which has to be submitted in considerable detail. The rule is that the 15 national museums must "agree with DCMS on a set of priorities, targets and performance measures which are set out in their management agreements. Management agreements set out the amount of government (‘Grant-in-Aid) funding each sponsored museum or gallery will receive, the government’s priorities and expectations for how this money should be spent, and the performance indicators by which each will be assessed by DCMS." The potential for control is obvious.

The other major erosion has been the steady change in the composition of the boards, with fewer experts in the museum’s holdings and a large increase in captains of business and finance. Of the 20 current BM trustees, ten fall into this latter category, of whom one is non-white and female. The range of opinions and expertise available to the board has narrowed significantly.

I recall a board presentation by an American fundraiser. He indicated that a necessary starting-point was for each trustee to donate £1m to "get things going". Looking around the boardroom, I surveyed a mixture of public figures, sundry academics and arts professionals...with just one who might be able to seed the starting fund. The current BM board, via nexuses of contacts if not in person, is clearly closer to the American model than the boards on which I served.

In my 1989 essay I advocated a major public enquiry to bring some logic into the financing and functioning of the trustee boards. I would not do so now, because the current government would see it as an opportunity to inflict further damage on what remains of the boards’ fragile independence.

• Martin Kemp is an art historian and emeritus professor of art history at the University of Oxford. He has been a trustee of the National Galleries of Scotland, the Victoria and Albert Museum and the British Museum