Qatar would like to be one of the world’s leading arts destinations—but can that ever be achieved without freedom of expression?

We will probably never know exactly how or why it happened. On 15 March, the emir of Qatar, Sheikh Tamin bin Hamad Al Thani, issued a royal pardon for Muhammed Al-Ajami, a poet serving a 15-year sentence for reciting verses in support of the Arab Spring. Al-Ajami, who was freed and returned to his family, exhausted all legal appeals over three years ago and the emir had previously proved impervious to calls for clemency from the United Nations, human rights organisations and newspapers, including this one.

Al-Ajami was arrested in Doha in 2011 after a video of him reciting a poem in his apartment in Cairo was posted on YouTube. The work in question, entitled Tunisian Jasmine, included lines such as: “The Arab regimes and those who rule them are all, without a single exception, shameful thieves.” Following a trial marred by irregularities, he was condemned to life in prison for inciting the overthrow of the regime, a sentence later reduced to 15 years.

So why was he pardoned now? On the three days leading up to Al-Thani’s release, museum and art fair directors, artists including Jeff Koons and Marina Abramovic, architects Rem Koolhaas and Jean Nouvel, collectors, consultants and other art world professionals gathered at the W hotel in Doha for an arts conference organised by the New York Times in collaboration with Sheikha Mayassa, sister of the emir and head of the Qatar Museums Authority who attended the event from start to finish. 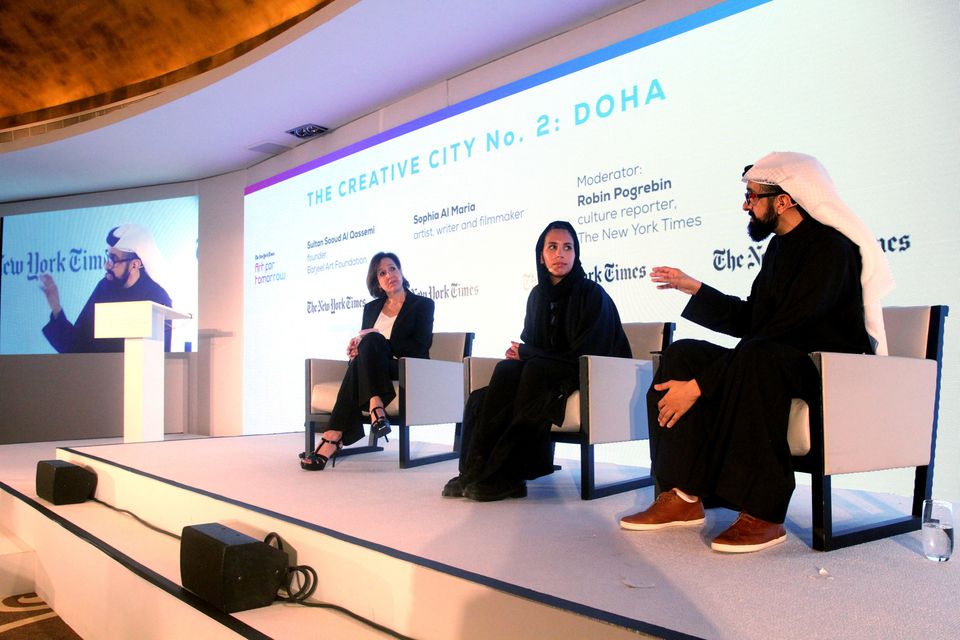 Only once in three days did the issue of Qatari censorship briefly arise when the artist Sophia Al-Maria mentioned that a work of hers had once been taken off display in Doha for reasons unknown. This was greeted with a nervous laugh by the panel’s moderator

Over the course of several panel discussions, the speakers surveyed the international arts landscape while studiously avoiding the host country’s poor human rights record and lack of free speech. Even worse, the four senior New York Times journalists who moderated most of the panels appeared to abandon all critical faculties; only once in three days did the issue of Qatari censorship briefly arise when the artist Sophia Al-Maria mentioned that a work of hers had once been taken off display in Doha for reasons unknown. This was greeted with a nervous laugh by the panel’s moderator.

The New York Times had asked conference attendees to submit questions by email so we sent the following: “Can Qatar claim to be a leader in the arts while [the] poet Muhammed Al Ajami serves a 15-year sentence for reciting a poem which displeased the royal family?” Unsurprisingly, it did not get asked. As the conference progressed, we tweeted the question and numerous other comments about Al-Ajami using the New York Times conference hashtag and even Sheikha Mayassa’s twitter handle. Again, nothing.

So we put our question to some of the panellists, all of whom spoke to us before the poet’s release. Martin Roth, director of the Victoria & Albert Museum in London, is an articulate advocate for engagement. In 2011, as director general of the Dresden State Art Collections, he lent masterpieces from the city’s Green Vault to Doha. “I support what they’re doing in the art world here. This country represents moderate Islam; they talk to us, we talk to them. Why do you want to burn that bridge in this part of the world?” he said, adding that Sheikha Mayassa, one of the country’s liberalising forces, needs the support of major museum directors. “That’s why I came to this conference,” he said.

The Sharjah-based columnist and collector Sultan Sooud Al-Qassemi warned that international condemnation can do more harm than good—as can Western journalists—if they fail to appreciate the subtleties of power in the region. “In every Gulf country there is a struggle between the moderates and the conservatives… The conservatives don’t like the fact that cities here are globalising, they see them as becoming more liberal, more Western. This is part of the maturing of society and it’s important that the society itself deal with this rather than it being imposed from outside. I hope all political prisoners in the Gulf get their freedom but it’s a discussion that needs to take place in the Gulf. It’s not healthy or helpful for global organisations to put pressure on our leaders, it leaves them little room to manouevre because then it looks like they are succumbing to these organisations.”

Others take a less optimistic view. Najeeb Al-Nauimi, a human rights lawyer and former Minister of Justice in Qatar, represented Al-Ajami during his trial and subsequent appeal. He expressed serious doubts about his country’s ability to evolve. “This is not a free country; we do not have democracy, we do not have the right of free expression, we are accountable for everything we say. Many people have been arrested; many people are asked to agree not to speak again, some people run away from Qatar because they have been imprisoned and threatened,” he said. When he was in power Al-Nauimi said he worked to modernise the country’s political and judicial system by laying the groundwork for a fully-fledged parliament and constitutional court. But these reforms stalled and were then abandoned. Today, the courts are used by the royal family to “prosecute who they don’t want,” Al-Nauimi said. 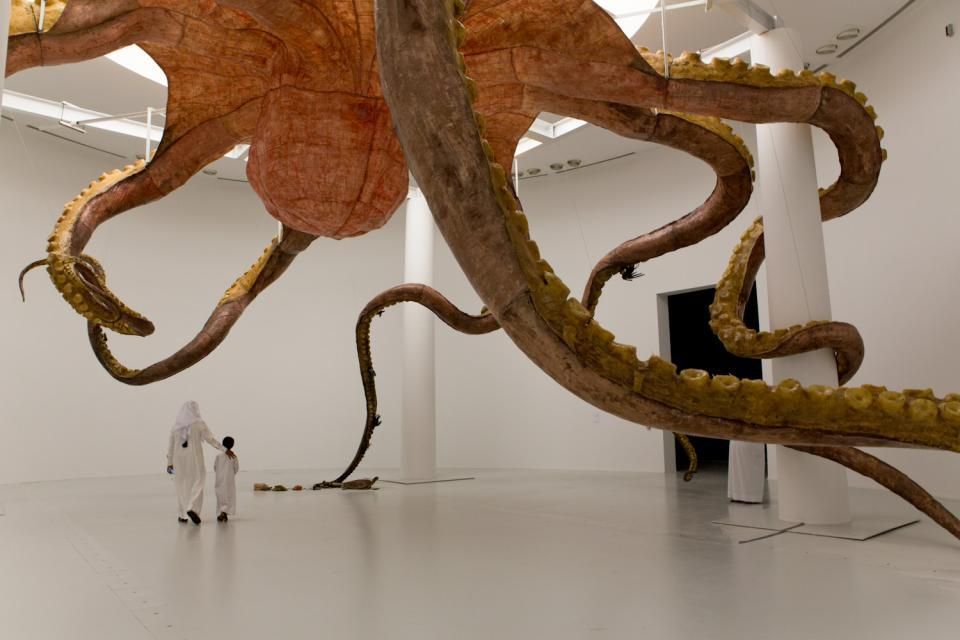 Qatar aspires to be a global arts destination. It has built spectacular museums, most notably I.M. Pei’s Museum of Islamic Art, which houses one of the best collections of its kind in the world, and the nearby Al-Riwaq exhibition hall, currently host to a survey of contemporary Chinese art curated by artist Cai Guo-Qiang which would not look out of place at the Pompidou in Paris or Tate in London. It is forging partnerships and sponsoring many Western museums. It is hosting conferences and debates. All of this is welcome.

And yet. The country which has the highest per capita income in the world is treating its migrant labourers in conditions described by the Guardian newspaper as “modern-day slavery”. It is persecuting political dissenters and it put its greatest poet in prison and then only released him to avoid embarrassment when the attention of the international art world was briefly focused on the country. Qatar is importing so much from the West: architects, artists, scientists, universities, and much more besides. Why then, as some in the Gulf are brave enough to point out, does it not import freedom and the rule of law?