The San Francisco museum plans to sell Untitled (1960) at Sotheby's for between $35m and $50m, the artist is unlikely to have approved 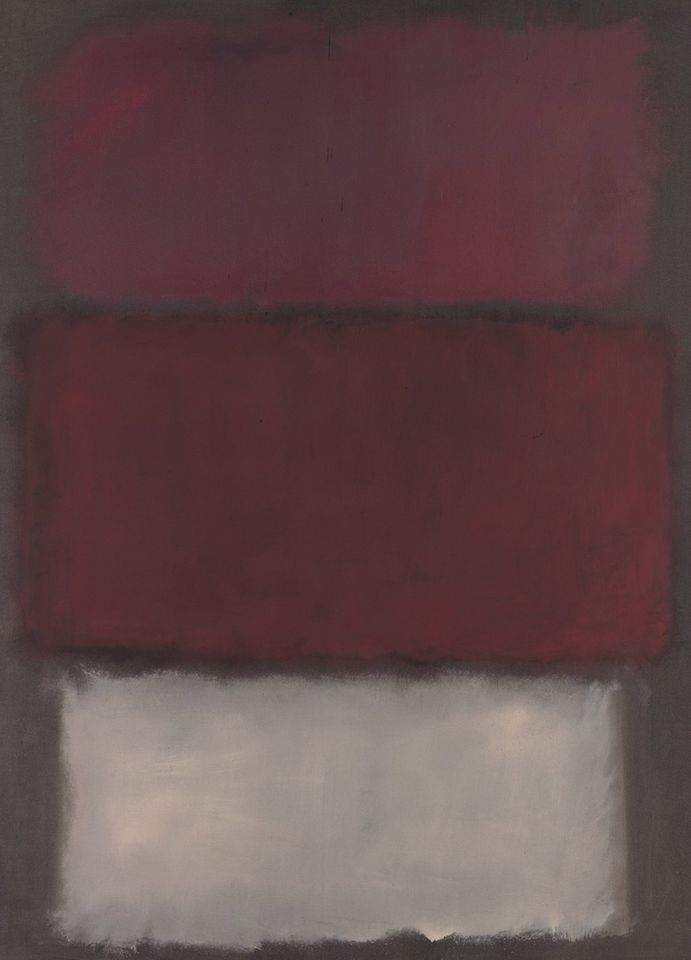 SFMoMA is selling Rothko’s Untitled (1960)—acquired in discussion with the artist—in order to support the diversification of its collection. Photo courtesy of Sotheby’s; © 1998 Kate Rothko Prizel and Christopher Rothko/Artists Rights Society

Mark Rothko made it clear what he thought about his paintings being admired exclusively by the wealthy. Tasty anecdotes relating to his great Seagram Murals—now in museums in London, Washington DC and Sakura, Japan—reflect his horror at their potential audience in the Seagram’s Four Seasons Restaurant, an establishment where, Rothko reportedly said, “the richest bastards in New York will come to feed and show off”. Dan Rice, Rothko’s studio assistant, recalled that the morning after Rothko had dinner there with his wife Mell, he burst into the studio “in an absolute rage” and said: “Anybody who will eat that kind of food for those kinds of prices will never look at a picture of mine.”

Whatever the truth of Rothko’s expectations versus the reality of the Seagram commission, these tales make me wonder what Rothko would say about Untitled (1960), a painting in the San Francisco Museum of Modern Art (SFMoMA) since 1962, being sold at Sotheby’s this May, with an expected price of between $35m and $50m. Because what kind of person will be able to afford that kind of art at that kind of price? Surely only a “rich bastard” and not a museum.

SFMoMA will argue that it has robust reasons for selling. The painting has not been on display since 2002; Gary Garrels, the museum’s senior curator of painting and sculpture, told the San Francisco Chronicle that Untitled (1960) is “a very good painting, but it’s not of the first rank”; another 1960 Rothko in SFMoMA, No.14, is regarded as a greater work.

Most importantly, the museum needs to diversify its collection to plug some big gaps, especially works by women and artists of colour. I applaud this crucial and long overdue commitment. But I deplore the means of fundraising. It exposes the skewed priorities of donors and fundraisers that SFMoMA could raise $610m in a capital campaign for its new building, including a massive $245m increase in its endowment, in 2016, and yet in order to fund a vital development of its collection, it sells a work by a major 20th-century artist. Why is supporting bricks and mortar more appealing than lending your name to acquisitions that will transform the museum?

What leaves a particularly acrid taste is that Untitled (1960) was acquired in discussion with Rothko in 1962; he must have thought that it would remain in this prominent public collection forever. SFMoMA must live with its conviction that a painting selected with Rothko is inferior to other works. It denies future curators the chance to pitch the vibrant orange and deep blue that dominate No.14 alongside Untitled’s reds and white against dark grey, reflecting the crucial period in the late 1950s and early 1960s when Rothko, exasperated with what he saw as a misinterpretation of his work as decorative, was pushing and pulling between the effusive colouring of earlier work and his more subdued later palette.

Untitled’s acquisition history contains a potential lesson for SFMoMA. Rothko swapped the painting for Slow Swirl at the Edge of the Sea (1944), a work given to SFMoMA in 1946 by Peggy Guggenheim. Slow Swirl had huge significance, both personally (Rothko called it “Mell Ecstatic” and saw it as reflecting his early passion for his wife) and art historically (because it reflects his transition between a Miró-like Surrealism and Rothko’s Colour Field style). In 1962, clearly, SFMoMA curators felt it was more important to have a “classic” Rothko and made the swap. The ultimate beneficiary, through a bequest after Rothko and Mell’s deaths, was the Museum of Modern Art in New York, where an abundance of Rothkos appears to be something to cherish. Can today’s SFMoMA curators be certain that the critical estimation of Untitled (1960) will not also shift, turning their faces a deep shade of red?