What art did the Queen show Donald Trump? 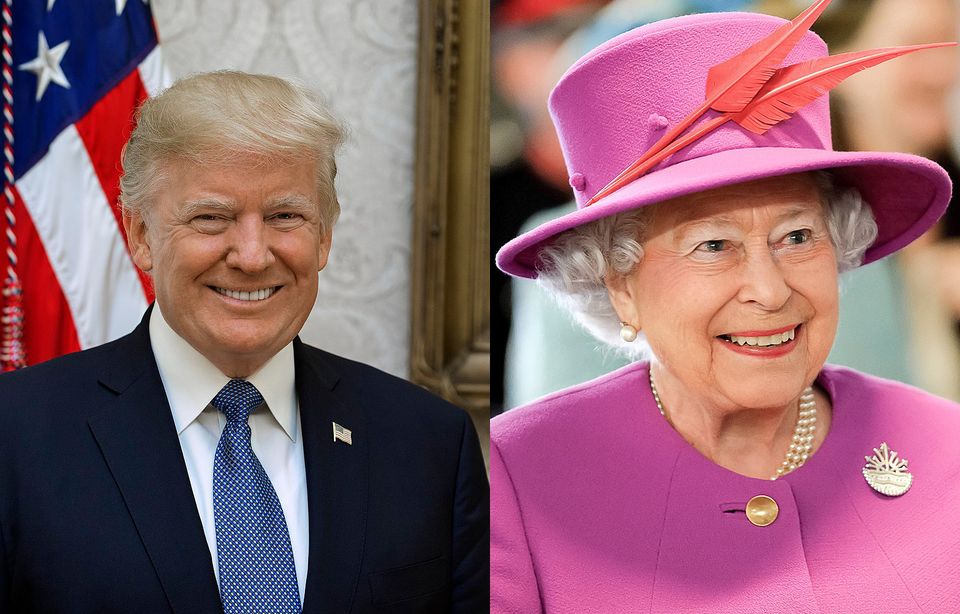 When heads of state are entertained by the Queen, it is a custom that she present the visitor with carefully selected and pertinent items from the Royal Collection. For the controversial state visit of President Trump, Queen Elizabeth II has left-handedly rewarded him with a view of various things with an American connection. In particular, a manuscript copy of the United States Declaration of Independence (1776), perhaps hinting at an end of the 'special relationship'.

In view of the President’s pride in his Scottish blood and his golfing obsession she also gave Trump an illustrated manuscript book of tartans open to the page showing the pattern of the clan MacLeod (Mr Trump’s mother’s maiden surname was MacLeod), and photographs of members of the royal family golfing. Other items include an invitation from President F.D. Roosevelt to King George VI to visit Washington D.C in 1939 (Roosevelt was currying favour to ensure that the US would enter the Second World War on the right side), a historical map of New York, a selection of Audubon prints of American birds and a horse statuette that President Trump presented to the Queen last year (when he committed several egregious courtly faux-pas). The Royal Collection has some of the world’s greatest Old Master paintings, ceramics, furniture, gold and silverware, jewellery and objets d’art, among other things. In view of this fact, it seems that the Queen has deliberately pitched this presentation at a rather low, people-pleasing level: a few prints, minor manuscripts, photographs and a statuette.