Six opinions on the potential impact of Louvre Abu Dhabi 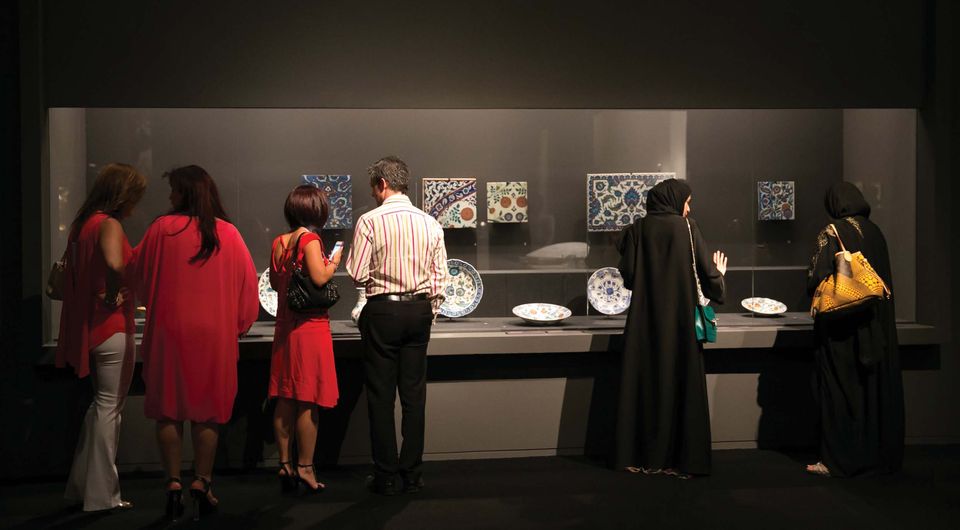 “The UAE's art scene is unique in the region because it benefits from a complete life-cycle of art, from the commissioning of the Sharjah-based, not-for-profit institutions, to the commercial galleries of Dubai, and the institutional collectors in Abu Dhabi. Louvre Abu Dhabi will elevate the practice of studying, displaying, storing, handling and researching art in the entire region. It will set a new standard to which other institutions will aspire.”

University of Oxford historian of the Crusades and Russia and author of, most recently, The Silk Roads: a New History of the World

In his book The Silk Roads, Peter Frankopan replaces the Eurocentric view with one that posits the region linking East with West as the birthplace of civilisation. “The age of the West is at an end; it’s a new world that we live in,” he says. Louvre Abu Dhabi also aims to overturn old hierarchies by positioning itself as central to these re-emerging networks. Although Abu Dhabi was not established until 1971, the wider Gulf region has always been part of the trade routes of the Indian Ocean. Culture, as well as trade and economics, are playing a significant part in the rise of the Silk Road regions. “The great art collections of the future are being built in the Middle East and China,” Frankopan says. “Cynics might say that art patrons are just trying to raise the profile of somewhere like Abu Dhabi, but you can’t be a successful financial centre without culture. London developed in the same way; it’s a logical process.” Ultimately, projects such as Louvre Abu Dhabi represent a recalibration of cultural power. “People who have got money, resources and ambition in Asia now want to cherry pick the best bits of Western culture in exactly the same way that European aristocrats on the Grand Tour bought and collected objects from Rome, Venice, Florence, Athens and beyond,” Frankopan says. “It seems like an elegant solution if the art of Louvre is lent—rather than sold off.”

“In our times, museums should be ambitious enough to be a force for peace and greater understanding. Museums deal with ideas, images, artefacts, concepts, things of the mind, things of the heart. What we need now is greater understanding of one another and a wider field for our humanity to play in. A museum like Louvre Abu Dhabi could be pivotal in reminding people that humanity is, finally, one. Beauty serves nothing if it does not serve humanity. The limitation of Western museums is the limitation of their fundamental assumptions about what constitutes art in its highest sense. A museum like Louvre Abu Dhabi could and should challenge this skewed assumption. It should challenge the covert idea that art is a Western preserve. It should widen the scope and contribution that all peoples have made to the great artistic heritage of humanity. But if it helps to foster peace by changing the damaging perceptions that religions have about one another; if it returns the story of art back to the civilising impulse of the human race, it will be making a significant contribution indeed. The idea of the muse is to inspire us. We need inspiration for peace and mutuality now more than ever. Not them against us, or us against them, but all of us together, at our best, helping to make a world our children will be proud to live in.”

“The key with Louvre Abu Dhabi is how all this great art will be presented. One of the things I hope to see is how a generation of new curators install and interpret Islamic art. Almost all exhibitions of Islamic art in the past 120 years have been seen through the eyes of the West, so I am interested to see what they do at Louvre Abu Dhabi. There are more possibilities in the future for how art, both Western and Islamic, is interpreted in the context of the universal museum. What is significant is that the museum has the opportunity to start from scratch and can construct multiple narratives of world art.”

Co-Founder and President of Samdani Art Foundation, and Founder-Director of Dhaka Art Summit

“A Western-centered art world is slowly shifting eastwards. China has become a major art hub and now the development in the Menasa region, especially the UAE, is noticeable. I personally believe that a country or nation is represented by its art and culture. Positive reinforcement of cultural centres is an important part of healing the trauma of the region and protecting against extremism. Since Louvre Abu Dhabi is committed to representing different cultures around the world, each interconnecting, it will be a great way to create an impact and bring cultures together in a meaningful way. The museum’s position at the crossroads of the East and West may eventually create a solid bridge between the continents. The exchange programme for students and the training programmes for museum professionals are also tools that will help other art worlds in the region to flourish. It is important that South Asia not be left out of this dialogue; 58% of the population of the UAE is of South Asian origin and many of these people are building the new museums there. Louvre Abu Dhabi should focus on bringing these people in and engaging them in their art and culture, keeping the global cultural exchange promise.”

Louvre Abu Dhabi is part of a wider trend towards globalisation in the museum world, says Mikhail Piotrovsky, the Director of the Hermitage. “Globalisation can be a dirty word, but in a world where everyone is becoming enemies of everyone else, it’s a positive thing to build these bridges,” he says. The Director sounds a note of caution, however. “When creating these satellites, you must have in mind the different psychologies of a place.” Much of the French press has been critical of Louvre Abu Dhabi since it was announced, saying the French museum risks selling out, but Piotrovsky says people in Abu Dhabi have been welcoming of the project. “We think it’s a really good way of sharing collections; these branches can help change perceptions of a nation,” he says.