Why vote? To protect those who cannot

The proverbial arc of history will not bend toward justice without our help, says the artist Sue Coe

Sue Coe for The Art Newspaper 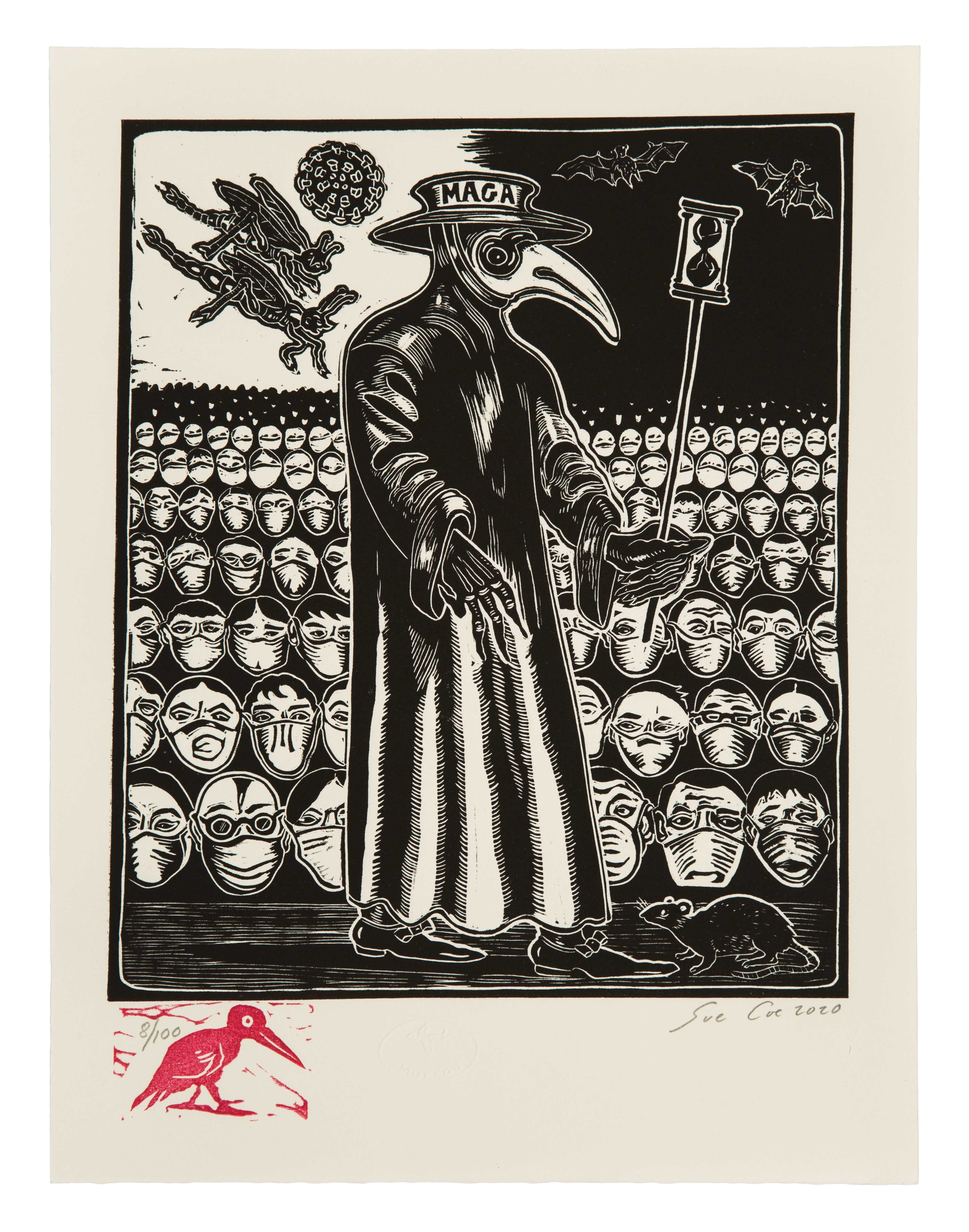 It is certainly not alarmist to acknowledge the terrible face of fascism within the dark night of the Trump regime and his supine enablers in the Republican Party. A segment of finance capital favours a hard right autocracy, to wither government regulation and create more profit for themselves, coupled with a segment of the population, under the sway of reactionary forces, who fear losing global military hegemony and their power at home. There is nothing new about the existence of American Fascism, it has its own unique historical root. There is nothing new in the social conditions of poverty and stress many Americans experience decade after decade. What is new, is the of loss of meaningful work, and the failure of the State to address dire economic inequality coupled with the impact of global warming.

What can be done? The Resistance will not develop of its own accord. The proverbial arc of history will not bend toward justice without our help. The widest mass of people are beginning to engage to defend the promise of democracy. This will require short term unity of temporary allies, to block fascist corporatism, even though the long-term aims can be very different. Now is not the time to expend energy on differences. Anyone who places the life of the planet before profit belongs on the same team to defeat this regime.

The first step is clear within a two-party system. Vote. There is no viable third party, although it is sorely needed—and may arise after this threat to democracy is blocked. We vote, not to maintain “capital growth” (destruction as usual), but to bring in a team of competent people, who respect human rights, science, history and culture, who have the vision to cherish and protect those who cannot vote, including children, the animals, the birds, the fishes, the trees and flowers, the plants that feed us, the water, and the air.