Martin Gammon on the historical precedents of the $450m sale 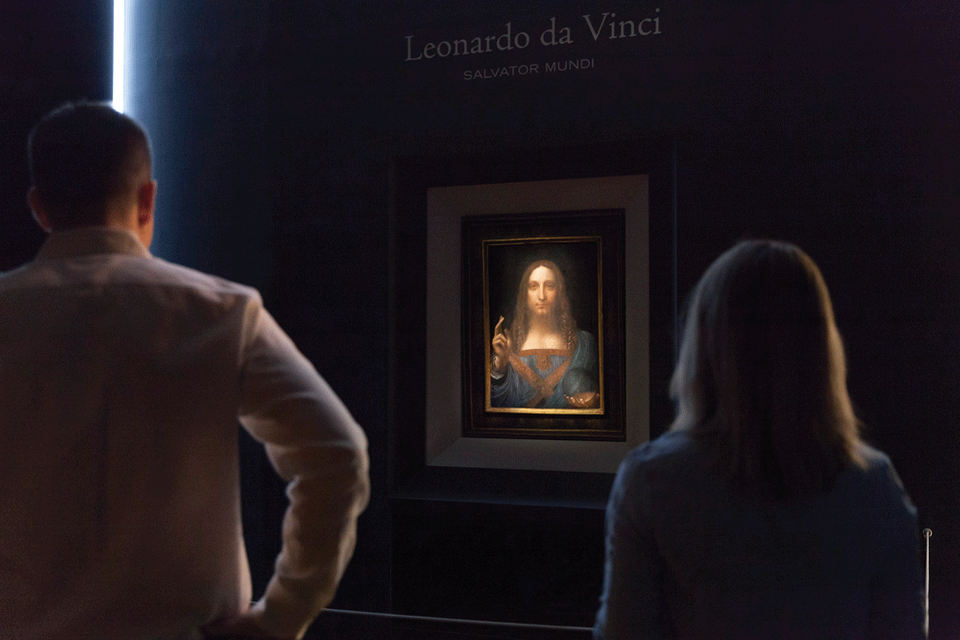 Earlier this month, on the day that Credit Suisse announced that the top 1% of households now controls over 50% of global wealth, an auction of Salvator Mundi, a damaged oil on panel attributed to Leonardo da Vinci, sold for over $450m, almost three times the prior auction record.

Some have decried the ostentatious display of wealth that this new benchmark reveals, or declaimed that this presages the coming end of times. However, unprecedented as it may seem, we have witnessed similar financial inflations before, and these huge expansions often mark a major change in the dynamics of the art market.

In November 1970, the Metropolitan Museum of Art, New York, acquired Diego Velázquez's portrait of Juan de Pareja at auction in London for £2.3m (or $5.6m at contemporary exchange rates). It may be hard for us to fathom the enormous financial consequences of this purchase today, but at that time, only a handful of works had sold for over $1m, so the auction likewise exceeded the prior record by almost three times, through an acquisition by a museum no less. 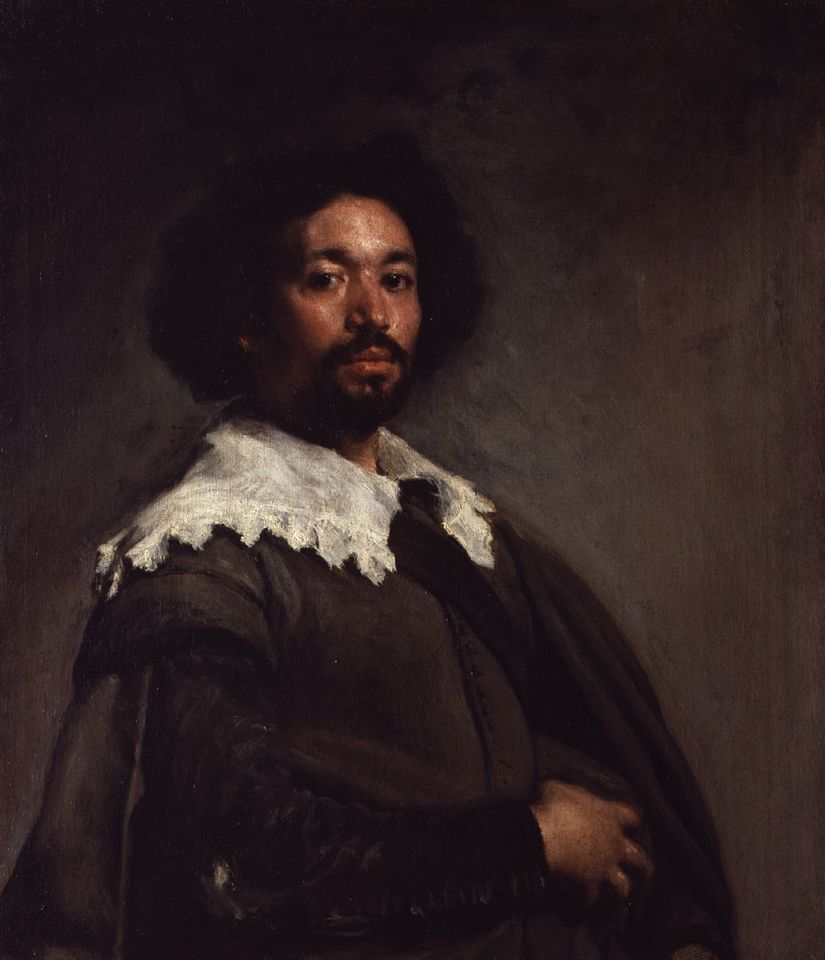 The purchase created an international sensation, and was accompanied by a round of second guessing by the Met trustees, triggering a cascade of deaccession sales from the Adelaide de Groot bequest to reduce the debt, bringing the notorious practice of deaccessioning to public attention for the first time.

The Velázquez was a critical prize for the Met, beyond its singular importance as a Renaissance masterpiece, as the new inclusion of a minority figure in the front ranks of the Met collection mitigated the strident calls for “decentralization” of the museum holdings to the outer boroughs, which had been circulating since the late 1960s. However, the sale also turned out to be a high watermark for Old Master paintings at the time, and presaged a dramatic sea change in the art market, as the groundbreaking Robert Scull auction shortly thereafter in 1973 announced the rise of Abstract Expressionism and Pop Art as the market-dominant genres for generations to come. A "combine" by Robert Rauschenberg that Scull had recently acquired for $900 was sold for $85,000, and Rauschenberg angrily confronted the seller at the auction, but the die was cast on the subsequent inflation of contemporary art under the new ceiling the Velázquez had just recently held aloft.

Looking back even further, the highest price paid at auction in America in the 19th century was the astronomical sum of $66,000, bid at an American Art Association auction in New York in 1887 for Ernest Meissonier’s painting Friedland, 1807 (around 1861–75) a grand historical canvas depicting Napoleon on the battlefield. The painting was subject to much of the same dramatic stagecraft and messianic crowds we have seen with the Salvator Mundi in an earlier age, as the New York Times article titled Two Great Masterpieces (March 26, 1887) revealed at the time. “When two negro servants, gloved and in livery, drew back the great red curtain that covered Meissonier's masterpiece at Chickering Hall last evening a hush crept over the throng of thousands who attended the third night of the Stewart sale. It was 'Friedland—1807,’ the loving tribute of the greatest artist of France to the greatest Monarch in France's history.” The painting was in short order donated to the Metropolitan Museum of Art by the buyer Henry Hilton. This did not completely outstrip the prior record, Jules Breton’s Les Communiantes, a pious religious scene, in 1886 for $45,000. That painting was later reoffered almost a century later at Christie’s London in 1988, where it realized only $163,000, hardly the mark up one might expect over 100 years. As such, Meissonier’s 19th-century auction record set the high benchmark for academic painting precisely at the moment of its long subsequent deflation, and ushered in the rise of the new vogues of Impressionism and Sargentism to come. 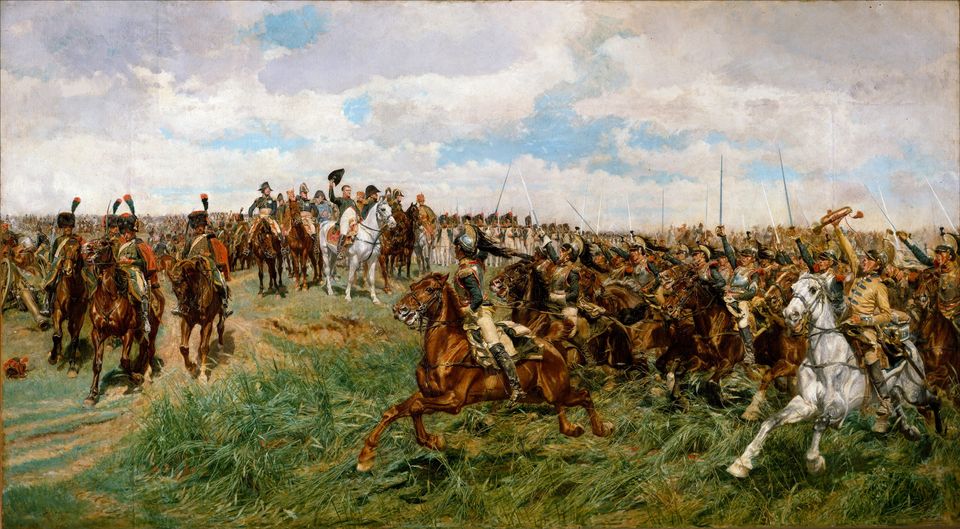 In light of these precedents, what transformations can we foresee after the enormous price paid for the Leonardo? The marketing campaign for the work was magnificent, even if founded on some wholly unsupported declamations. It is certainly not the “last” Leonardo da Vinci in private hands, as at least two remain so, including one owned by the Duke of Buccleuch on long term loan to the National Gallery of Scotland. Nevertheless, the new hunt for masterpieces now puts a billion-dollar hammer price within reach.

The old market categories may become obsolete. Indeed, the post-war and contemporary label is increasingly meaningless as the Second World War recedes from view, while the category of Impressionist and Modern grows increasingly blurred with 19th century paintings. The category of fine art itself is disintegrating, as the hallowed evening sale has been transformed into the preeminent venue for masterpieces of every kind, like Michael Schumacher's 2001 Ferrari incongruously offered by Sotheby's in its Impressionist and Modern sale. One might now expect to see the Rothschild Book of Hours paired in a sale with a Twombly chalk drawing, or the Northampton Sekhemka statue paired with a Jeff Koons stainless steel sculpture derivative of the same genre.

We may also see new-fangled financial arrangements in the aftermath of the sale. Rumour has it that the unusual auction format was partly engineered by an ingenious double guarantee scheme, wherein the three owners of Andy Warhol’s Sixty Last Suppers guaranteed the Leonardo at around $100 million, and Dmitry Rybolovlev in turn guaranteed the Warhol for around $50m.

This gambit assumed that neither work was likely to sell privately, and the owners could mitigate their risk through this double-bind guarantee scheme, which certainly paid off handsomely for the owners of the Warhol. The latter just passed the presumed guarantee with a hammer of $56m, while the upside on the Leonardo was presumably split with his third party guarantors, limiting Rybolovlev's windfall.

Finally, the premise of the “last” Leonardo in private hands, shaky as it stands, helpfully underscores for us the unexpected consequences of museum acquisitions in the marketplace. The enormous fund of masterworks in every category now belonging to the great encyclopedic museums of Europe and the Americas has compounded the demand for the few masterworks that have slipped their grasp and has indirectly fuelled the rise of contemporary art as the only remaining game in town.

The paradox of museum accession is that it exacerbates scarcity in the marketplace and enhances the fiduciary challenges of museum administrators, when they discover they now own works worth tens of millions of dollars as a consequence of that long sequestration, and are on occasion tempted to disgorge them to satisfy pressing operational needs, as in the recent sorry episode of the Berkshire Museum.

In any event, the prospect of a $450m Leonardo rests firmly on the foundation that the other 15 in public collections will remain there in perpetuity, and is a direct corollary of the close interdependence of the museum and the marketplace. We must therefore remain vigilant in the protection of our cultural patrimony, as the specter of this inflation effect places even more museum collections at potential risk, as the market flits higher on Icarus’ wings.

• Martin Gammon is the founder and president of Pergamon Art Group, and the author of the forthcoming study of the history of deaccessions by museums since the 18th century, Deaccessioning and its Discontents: A Critical History, (Cambridge, MA: MIT Press, May 2018)