Has Venice really banned cruise ships? It appears not

The Italian government must intervene against powerful forces opposed to change 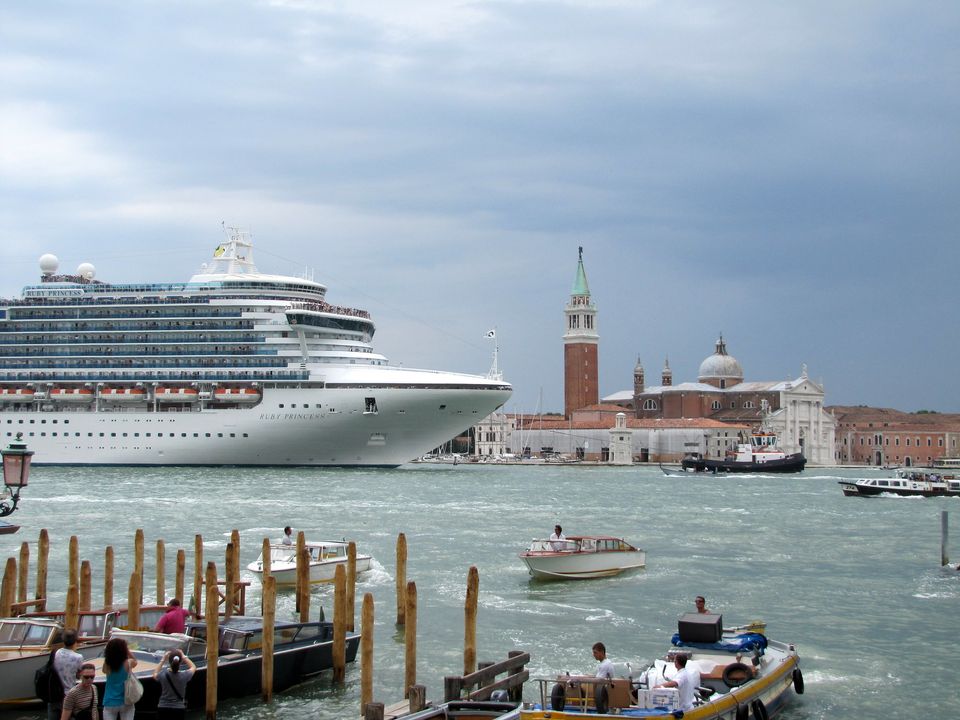 Early this month, the world’s media, including The Art Newspaper, reported a decree by the Italian government banning cruise ships of more than 40,000 tonnes from sailing through the city. They are to enter the lagoon by another opening and moor at the commercial port of Marghera—a temporary measure, we are told, while feasibility studies are conducted on building a port for them outside the lagoon.

But just as I am sharpening my pen to write what an unsatisfactory solution even this is, I discover the president of the Veneto region, Luca Zaia, is rejoicing that the first two cruise ships since lockdown are coming to Venice and—lo and behold—nothing changes. They will still enter at the Lido, steer towards the Doge’s Palace and St Mark’s basilica, and then turn left down the Giudecca Canal. The excuse: the port at Marghera is not ready for them.

It is worth remembering that it was nine years ago, in 2012, after the Costa Concordia ran aground on the Isola del Giglio, that the Italian government first issued a decree banning the big ships, some of which are 14 decks high—taller than the bell towers of the city—from sailing through Venice. This has remained a dead letter, as have all the subsequent official expressions of intent.

But let’s give this government the benefit of the doubt. The current prime minister, Mario Draghi, was appointed in February with no less a brief than to save the country. He has a broad political coalition on his side and a widespread feeling that this is a critical moment when change is actually possible.

But around the golden goose that is Venice there are powerful forces opposed to change, led by Mayor Luigi Brugnaro, elected in 2015 and re-elected in 2020 on a ticket of keeping the port in Venice. His comment in the Il Fatto Quotidiano newspaper this month on the return of the cruise ships was: “This is a good solution for a few years, until the government decides to build a port outside the lagoon—which I think is absurd.”

Beware all solutions “for a few years” and beware half-hearted measures. The government needs to make clear that the cruise ships will definitely be relocated outside the lagoon and that the use of Marghera is only a very short-term solution. But it needs to go further. The issue is much bigger than the cruise ships, because the ports inside the lagoon have no future so far as all large vessels are concerned, including the petrol tankers, the bulk carriers and the container ships.

The first reason—potential investors, take note—is that sea-level rise will make access incompatible with the need to raise the MOSE barriers between the lagoon and sea ever more frequently. (The current estimate is 15 times a year, rising to 40 times in 2040.)

The ecological reason is that the Canale dei Petroli, cut through the lagoon in the 1960s to allow large ships to enter, is continuing to cause massive sediment loss, making the calm waters that once protected Venice more like open sea. The survival of Venice is inseparable from that of the lagoon.

And the third reason is that protecting the city should be given priority over the port. Over the years the authorities have kept very quiet about the reason why they will only raise the barriers when the high water reaches 110cm above mean sea level; it is that they want to allow as much access to ships as possible. But by that time, St Mark’s Square and the basilica, that “vast illuminated missal, bound with alabaster instead of parchment”, as John Ruskin called it, are under water, for they flood at 88cm. Incredible, says the world; business first, say local businesses. Now is the time for the government in Rome to intervene for the sake of the most beautiful city we may ever see.

Appeared in The Art Newspaper, 334 May 2021
More CommentTopicsClimate change in VeniceCruise ships