'We cannot build a truly globalised art world without China'

Artistic exchange has been vital to the mutual understanding between China and the West, says Karen Smith, the director of OCAT Contemporary Art Terminal, Xi’an, China 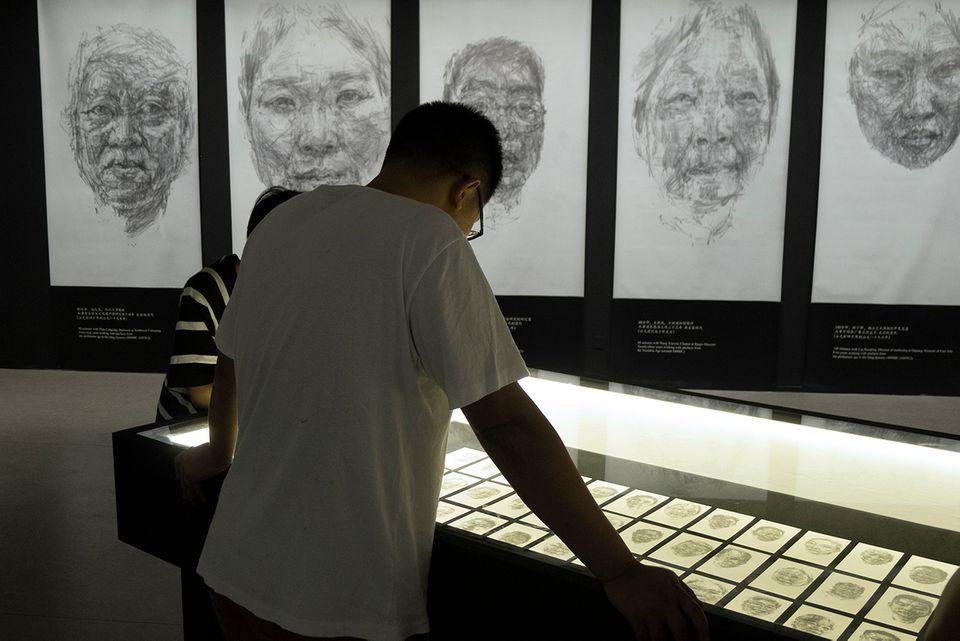 Escalating political tensions between China and global counterparts on issues from trade to human rights are fostering a change in attitude towards cultural engagement. What is needed is, in fact, more not less involvement.

I have lived and worked in China in the field of contemporary art for almost 30 years, and seen how transformative its opening up has been. Arriving in 1992, I missed Robert Rauschenberg’s infamous solo show in Beijing in 1985 at what is now the National Art Museum of China (NAMOC); I was also too late for the 1989 China/Avant Garde display at the same museum, with all its attendant mayhem. But I was here in 1993 to see the spectacle that was Gilbert & George’s exhibition at NAMOC and the Shanghai Art Museum. I was around to witness the enthusiastic scrum that descended upon the opening of Jorg Immendorf’s 1993 exhibition at Beijing’s International Art Palace, which sparked a new wave of painting from personal life experience. In 1994, attending Pierre Soulages’s solo show at NAMOC, I listened to local visitors’ perplexed conversations about how an artist could work in the dark, painting in black on canvas after canvas and still find so much to say.

In ensuing years, in various state museums, I saw displays of Japanese and Korean art, historical collections from French museums and, in 2000, was fascinated to watch the installation of Henry Moore maquettes—the British staff in overalls painting plinths to the equal fascination of the local NAMOC staff. Every weekend for a whole month, I watched entire classes of schoolchildren sit for hours sketching Moore’s large sculptures, which, in tandem with the museum’s maquette show, were installed on the banks of Beijing’s Beihai Lake.

Later still, I watched the surprised and excited discussions of visitors to the 2012 Victoria and Albert Museum/British Museum exhibition, Passion for Porcelain, at Beijing’s National Museum of China which, through a selection of objects from the museums’ collections, demonstrated how Europeans had first tried for decades to copy the achievements of China’s innovative porcelain makers, ultimately, causing Europeans to raise their game. 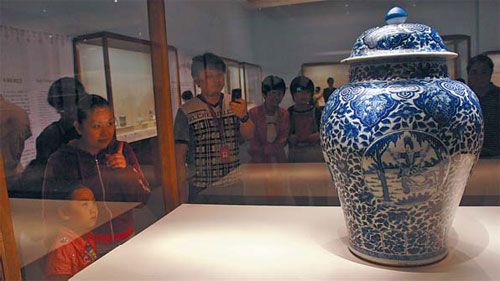 In 2013, newly installed as director of OCAT Xi’an, a new museum for contemporary art in the ancient city in the far west of China, I was able to invite the extraordinary British artist Dryden Goodwin to produce a project there. Engaging in a conversation with workers in the various historic museums in the ancient capital—often those in the most humble of positions—he took the time to ask them what they thought about their places of work, about culture and history. Initially amazed that they were being asked their opinion by a celebrated artist, the answers they gave were as moving as they were insightful. This built on work done by another wonderful London-based artist, Shezad Dawood, who alerted visitors to the value of locally crafted textiles, which they discovered shared much in common with beautiful examples made by some of the humblest, poorest workers in Dawood’s ancestral home of Pakistan.

A 2004 dialogue between design students from Beijing’s Tsinghua University and London’s Royal College of Arts (RA) created initial concerns about an inequality of experience and exposure that were totally quashed as the Tsinghua students illustrated to the RA group their ignorance of the functional needs and environmental concerns of the Chinese people at whom their designs were aimed. I have heard Western scholars tell Chinese peers with straight faces that China could not be written into a world history of art before the 21st century, claiming its cultural influence beyond Chinese borders had been negligible.

Whatever the responses to these situations in the moment of their unfolding, the importance of the knowledge imparted was invaluable—not least how that fed into mutual understanding of cultures within and outside China. Recent decades have seen a proliferation of new museums in cities across China, with varied impacts. Examples such as Chengdu’s A4 Museum, Guangzhou’s Times Museum, our own multi-city OCAT group, Shanghai’s Rockbund Art Museum and Beijing’s UCCA Center for Contemporary Art are defining the ways in which “museum” can transpose from the Western origin to a functional present-day iteration that works for China.

We believe in building a truly globalised world; China’s fifth of humanity must be a full part of it

Shanghai’s Centre Pompidou x West Bund Museum project is a recent example of the attempts to cross cultures. Placing the significant proportion of power to direct the programme in the hands of the foreign partner unleashed frustrations on both sides when the expectations of both parties were not well managed, if openly addressed at all. Has the V&A Design Society collaboration in Shenzhen fared better in navigating its partnership? It certainly has won kudos for its professional, research-based exploration of China’s recent visual culture.

We have so much to learn from each other. Just because, beyond China’s borders, one doesn’t see an obvious impact or hear about a publicised resistance, or similarly when it seems that things are not getting done precisely the Western way, it does not negate the importance of engagement. My entire experience in China is informed by that knowledge, guided by the lessons I have witnessed, from which I have gained better insight into the artists and audiences we now serve, who continue to deserve access to the world. We believe in building a truly globalised world; China’s fifth of humanity must be a full part of it.