Why culture is so important in the time of coronavirus

As Saudi Arabia prepares to host the G20 summit, the kingdom's culture minister argues that culture should be part of the agenda 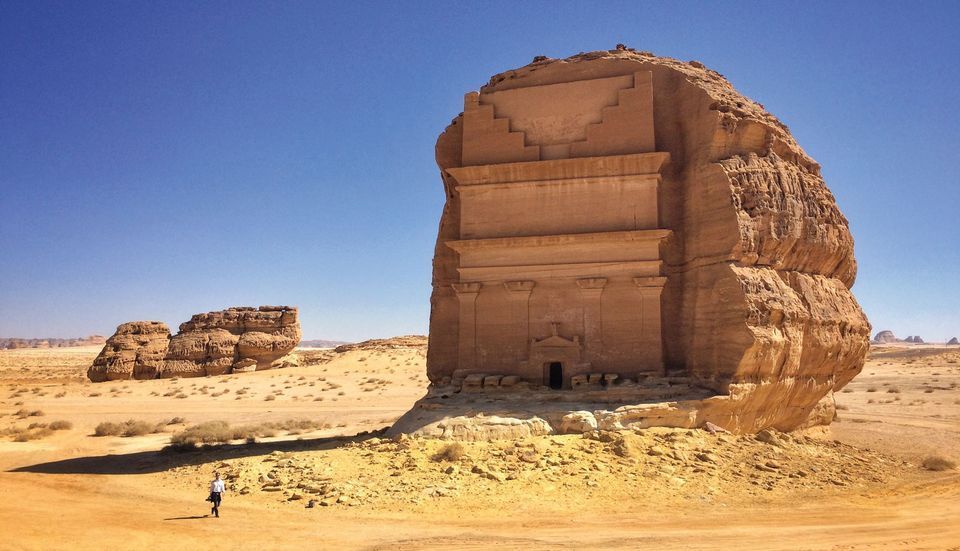 Coronavirus (Covid-19) has shone a spotlight on the need for policymakers to bring the cultural economy—a thriving sector of the global market that comprises films, national heritage sites, art and cuisine, books and museums—to the forefront of the global economic discussion. And there is no better time to do just that than when G20 heads of state and ministers participate in a two-day virtual summit hosted by Saudi Arabia in November.

The joint meeting for the ministers of culture today will kickstart a meaningful discussion about the cultural economy, help build on the significant progress the industry has already made and further expand its potential. This should also be the first step in establishing an annual meeting —backed by strong leadership—to make it a part of the global policy agenda.

As Saudi Arabia’s minister of culture, I am proud to host the inaugural meeting with my counterparts. The Rise of the Cultural Economy: A New Paradigm will provide a venue for new ideas that ultimately strengthen the exchange of heritage, media and visual arts through greater connectivity.

Saudi Arabia wants the gathering to create a roadmap for the cultural economy. Where culture positively impacts economies, this should be promoted and encouraged by the G20 nations, which represent about 80% of the world’s economic output and two-thirds of the global population.

I feel strongly that it should be made a part of the G20’s agenda next year when it takes place under Italy’s presidency.

Why? While culture has traditionally been associated with soft power—think of Hollywood, popular television shows coming from emerging markets, like India—it is increasingly driving global prosperity. Unesco puts annual revenue from cultural and creative sectors at $2.25 trillion and exports at more than $250bn. The sectors employ nearly 30 million people worldwide while some forecasts put its contribution to global GDP at about 10% in the near future.

More importantly, and with commitment from G20 nations, the cultural economy should be part of a global recovery and an anticipated reset as nations start opening up after months of closure. The World Bank forecasts a baseline contraction of 5.2% this year, due in part to the disruption of air travel, tourism and retail; it is imperative, therefore, that leaders harness all the available tools to kickstart the world's economy.

There is also an opportunity for countries outside the G20 to participate in this effort, particularly as tastes change and access to culture becomes more international. All nations—not just the world’s leading economies—should be encouraged to develop this important market. The barrier to entry is low, and the demand is there.

It was during Saudi Arabia’s experience of the pandemic that I started thinking about the importance of culture and the positive impact it has on economies.

The uncertainty strengthened my belief that culture – and the innovation and creativity that comes from it – offers, with a sense of certainty, a hope for better days ahead. People tapped this industry to maintain a sense of normalcy as they managed this unprecedented event. The Ministry of Culture also adjusted. Under the theme of ‘Culture in Isolation’, we launched a range of initiatives including a digital culinary programme during the holy month of Ramadan and an e-learning platform for Arabic calligraphy and Islamic decorative arts.

During this period, I reached out to Saudi artists to encourage them to continue their work. We also held an online forum where artists were able to express their social distancing experiences through their art. I stressed that what they were doing not only inspires people of all walks of life, but contributes to Saudi Arabia’s economy and represents a key part of the Kingdom’s transformation through its ambitious Vision 2030 program.

The pandemic has taught us the value of culture, the potential for people to change and adapt, and to collaborate to get through difficult circumstances.

With national lockdowns and restrictions on travel, the Covid-19 pandemic caused unprecedented changes in the lives of many people around the world as they endured school closures, remote work, disruptions to their health services and shuttered theme parks and movie theatres.

In response, people increasingly relied on an industry that offered them an escape from the daily curbs needed to stop the spread of the coronavirus and to help maintain a sense of normalcy in their lives. And that was the cultural economy.

They watched internet stars on Youtube and streamed movies and television series on Netflix and Amazon Prime. People increasingly went online to tap into cultural events that had suddenly become off limits to them. This sped up global cultural interconnectivity as people explored sites that they would have once visited only in person.

The fact that the demand for art, cinema and museums—the cultural economy—didn’t stop, but increased, only reinforced that. The idea that an artist needs only a blank canvas is powerful, and an engine of real growth if supported, fostered and harnessed appropriately.

Now, a concerted effort by governments, civil society, cultural leaders and consumers must be made to strengthen cultural engagement, charting the course for the rise of the cultural economy as a new pillar of the global economy.