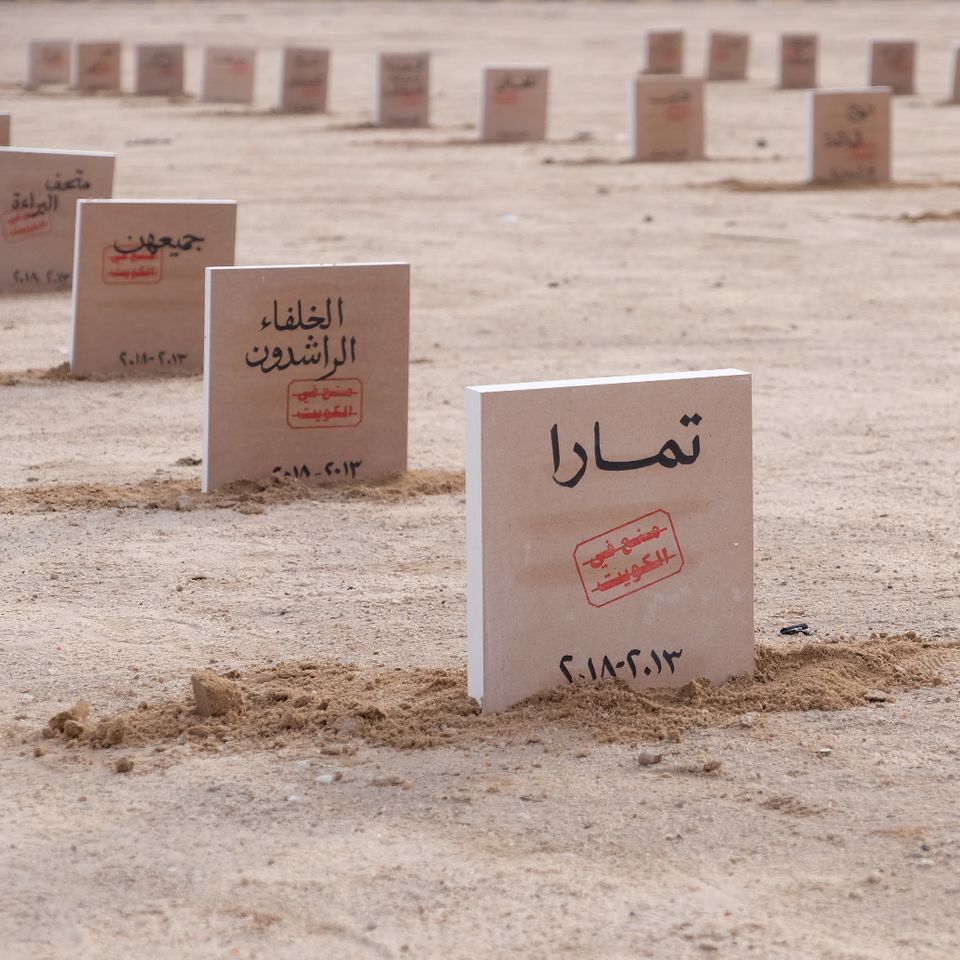 A few months ago, a list of more than 4,300 books banned by the government in Kuwait surfaced on Twitter. Back then, I was still living in New York and the only thing I could think to do was to create an artwork as a reaction to these arbitrary bans, which I believe to be an unacceptable level of censorship.

When I moved back to Kuwait around the beginning of September, I noticed that activism around the subject was inconsistent—it kept coming and going from public platforms. 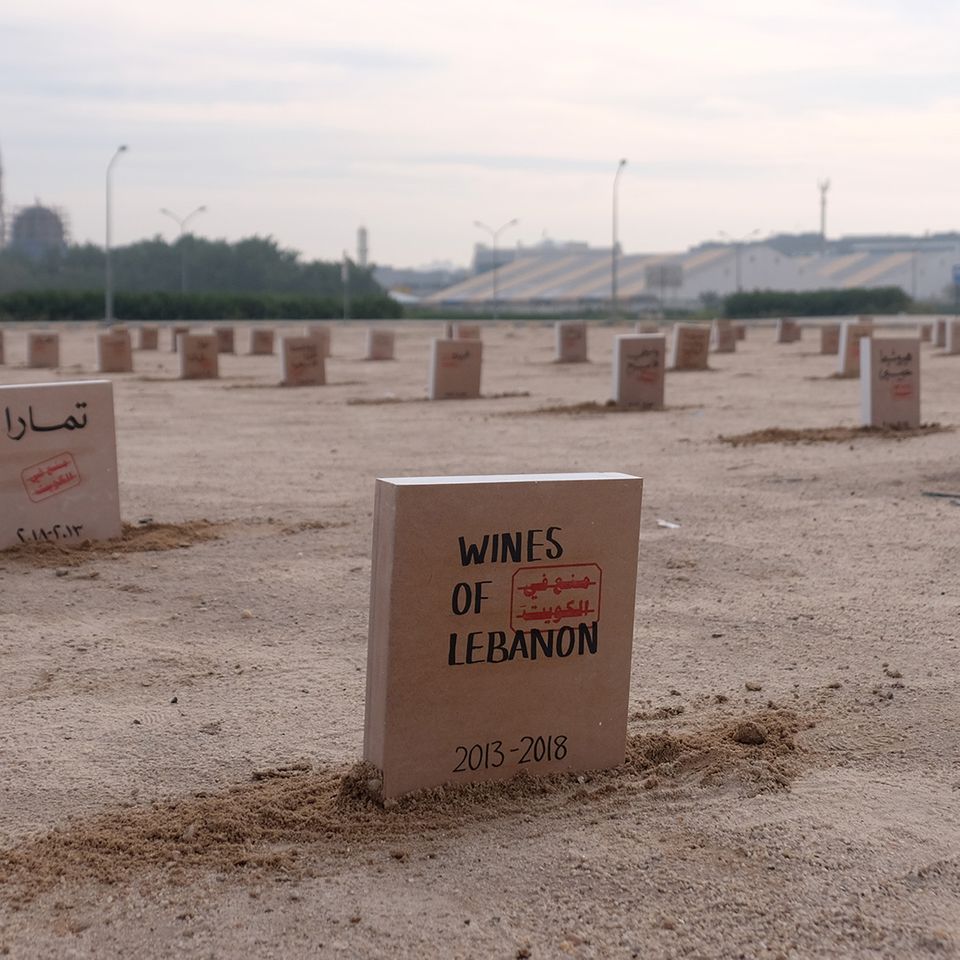 This pushed me to try to think of something more impactful that would reach the general public and not only the small group of people invested in the subject. I thought that a public art intervention would be a good way to speak to a wider audience, and have it reach the authorities.

I strongly believe in the power unconventional forms of activism. One can raise their voice and make a point by simply standing still somewhere, or by wearing a t-shirt with a message—or by creating a cemetery of banned books.

I started discussing the issue with a few friends and people who have been working around the issue of the bans. After these chats and discussions, the idea of creating an installation during the Kuwait Annual International Book Fair crystalised. The location was important because having the installation next to the book fair meant that people heading there could see it, and see the titles of the books that have been banned and make their own judgement. 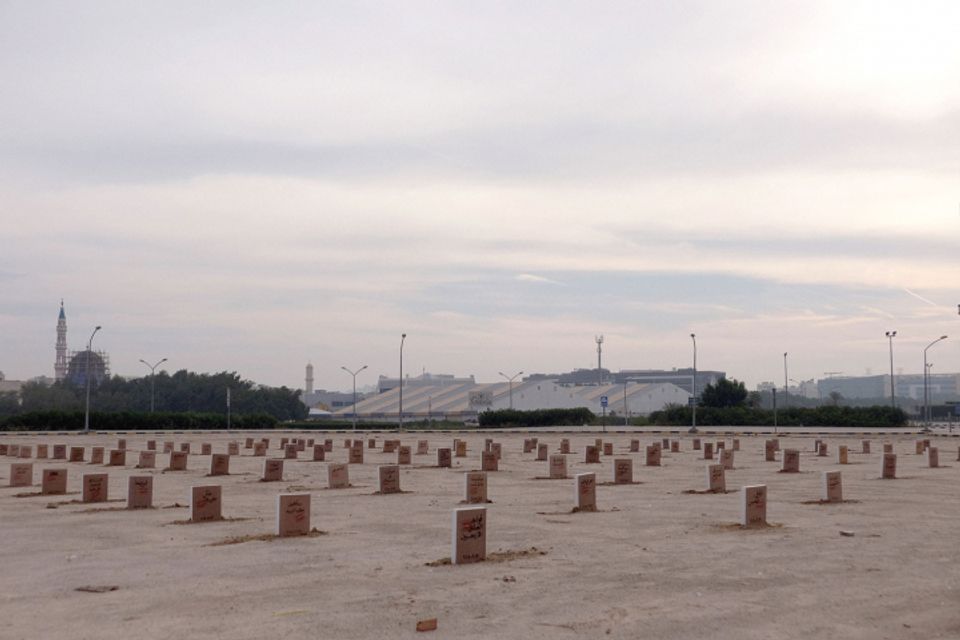 The installation was basically a cemetery for the banned books: each gravestone looked like a book and the title was hand-written on it, along with the year span for which the 4,300 books have been banned, 2013-2018. Over the top they were stamped “Banned in Kuwait” in red (which then became the hashtag I used).

On 22 November I drove to my chosen location, an empty courtyard next to the parking of the book fair. Soon after the opening, at around 11:30am-12pm, the installation was removed by the authorities, which I knew would happen because I did not take permission to use the empty land.

The intervention was sudden and silent, yet very loud.

Yet, the plan was to document the cemetery and take photos and publish them on social media outlets and let it spread. The pictures went viral soon after they were published, and they sparked a discussion that made the front pages of the local newspapers.

In general, I am against the banning of any book. I strongly believe that people should have the option to choose for themselves what books they want to read or not. Books and literature should be available for everyone. If you think that a book is not appropriate, weak, or doesn’t align with your values and beliefs, simply don’t buy it. If you think a book will have a negative effect on your children, don’t buy it for them. That is your role as a parent and not that of the government. If the government thinks that a book is not suitable for a certain age group, then it should be stated or recommended that these books should not be sold for that specific age group. In a nutshell, I think that books of any kind should be available for all. 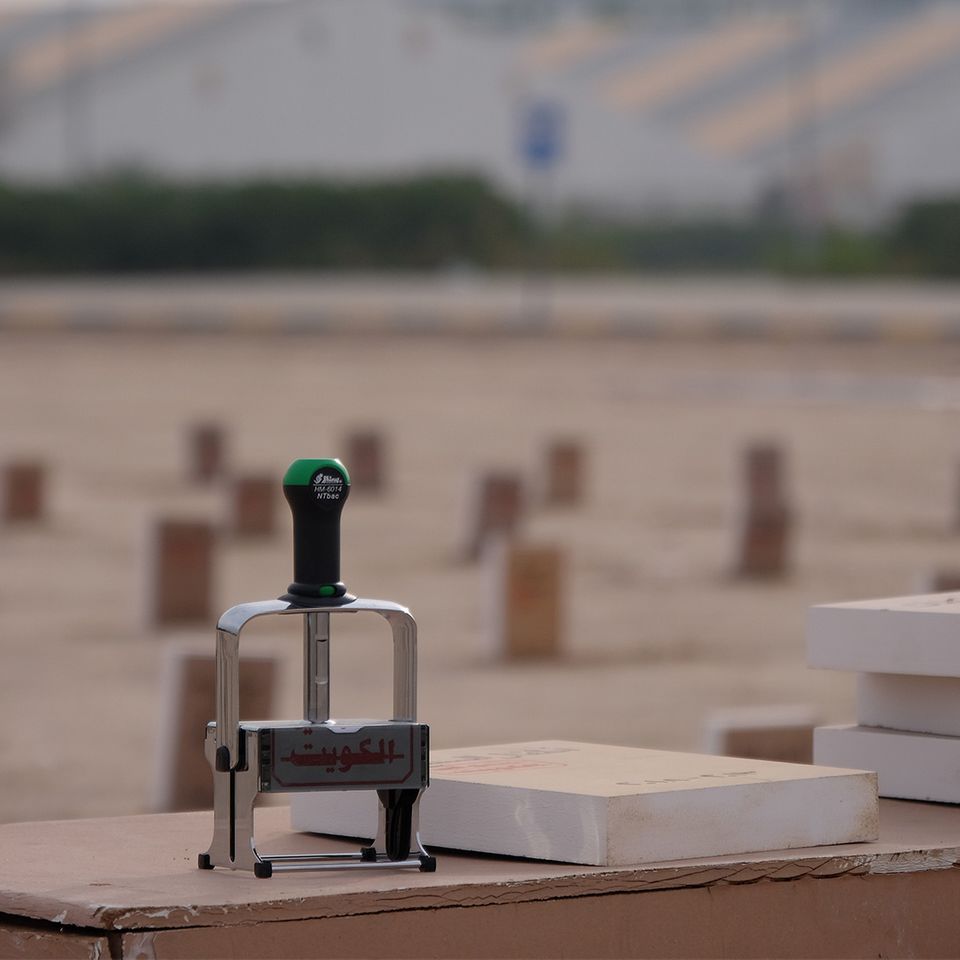 The stamp used in the installation Courtesy of Mohammad Sharaf

I strongly believe in the power of unconventional forms of activism. You can raise your voice and make a point by simply standing-still somewhere, or by wearing a t-shirt with a message—or by creating a cemetery of banned books. And I think, because I distanced myself (as well as any person or entity can from the actual and physical work), people accepted it more widely. The installation had a strong visual form and message. It created the disruption that I intended, without actually creating a disturbance. It did not require any person to stand there and preach their point of view. The intervention was sudden and silent, yet very loud.

The books are still in the possession of the authorities (I'm not sure which authority), but I am trying to claim them back so it could be turned into another project that would benefit the cause.