Why the Dresden jewel heist wasn’t worth a billion, but why the Germans are still really upset 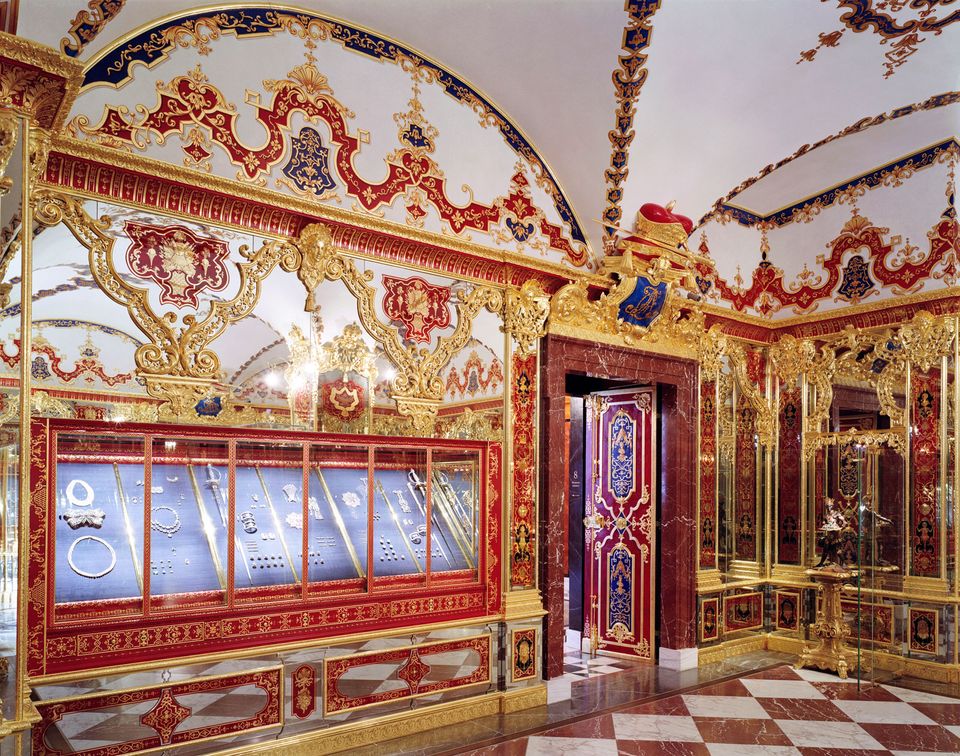 After the announcement by the Dresden authorities that smash and grab thieves had got away with three parures (set) of diamond jewellery from the Green Vaults museum in the early hours of Monday morning, the news whizzed round the world that the value of the stolen items was a billion (euros, dollars or whatever—a fabulous amount anyway). Actually, what the authorities had said was that their value was inestimable, which is very different.

This was a theft by professionals. They did not take any of the very famous jewelled and enamelled works of art, such as the 1724 statuette of a tattooed Native American holding an enormous raw emerald, or the 1701-08 miniature set-piece with 132 figures called the Birthday of the Grand Mogul Aurangzeb, because they would be unsaleable, being immediately recognisable.

Instead, the thieves chose pieces that can be broken up, dispersing the stones on the shady side of the diamond market. They went straight to the cases containing the nine, lavishly bejewelled, 18th-century parures made up of matching buttons with their particularly large stones, swords, chivalric orders, shoe buckles and so on. And they took the three studded with diamonds, the ones capable of being turned into the largest amount of money most easily.

These parures date from the 18th century, so the stones are what is called “old mine” or “old brilliant” cut, and to release their true brilliance, as well as render the bigger ones anonymous, they will have to be reshaped into the modern brilliant cut. Antwerp still has jewel cutters, but the great majority of diamonds are now cut and polished in India, with a sector that employs more than a million people. The actual value of the haul will therefore depend on the quality of the diamonds, minus the cost of re-cutting and laundering them on the market. 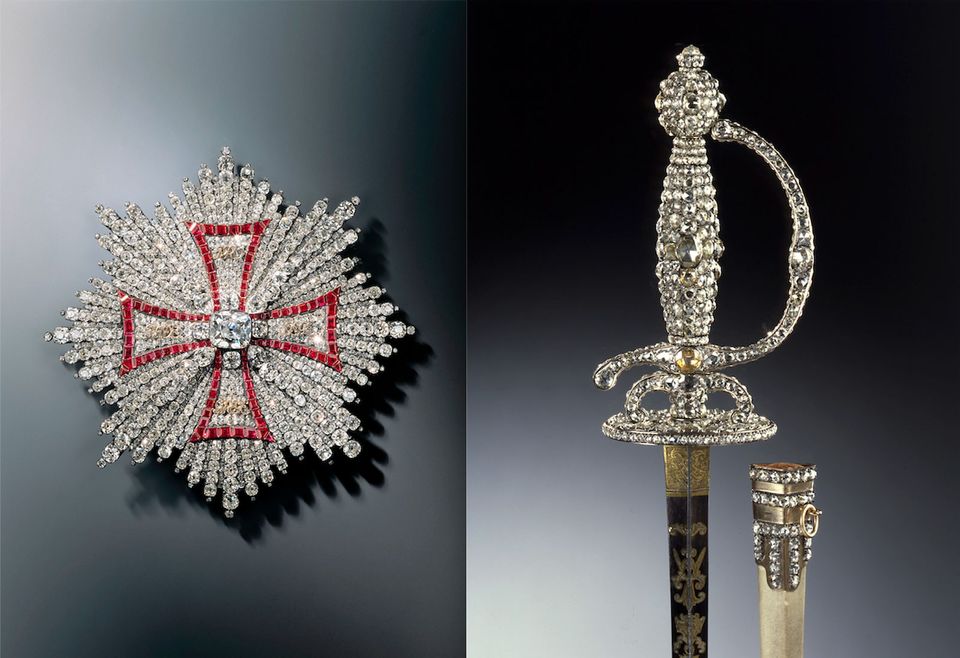 An 18th-century star of the Polish Order of the White Eagle and a rose diamond sword were among the items stolen from the Green Vault © Grünes Gewölbe, Staatliche Kunstsammlungen Dresden; Photo: Karpinski. © SKD

This was almost certainly the fate of the very fine diamonds in the Portland Tiara, stolen in October 2018 from the private museum of the Welbeck Abbey country house, in Nottinghamshire, central England. The style of heist was so similar that the police might investigate whether the two diamond thefts are connected. The thieves broke into the museum, cut through the bullet-proof glass in a matter of minutes, and then torched their get-away car a few miles away to destroy any evidence.

The Dresden theft has to be seen in the context of German history, in which, until 1919, the different regions had their own rulers whose story and past glories are still part of local consciousness and pride: a Bavarian, for example, feels quite distinct from a Saxon, and the Green Vaults are very much part of Saxony’s identity.

Anthropologically considered, jewels have a quasi-magical power in the history of kingship, so the Green Vaults are much more than just a museum, which is expressed in the fact that these objects could not be sold but had to be passed down from generation to generation. The name comes from the colour of the old treasury dating back 300 years before the private museum created by Augustus the Strong, Elector of Saxony and King of Poland, to show that he was every bit as good as the king of France.

The precious contents survived the bombing of Dresden during the Second World War because they were taken to the Königstein Fortress, from where the Soviets took them to Russia as war reparations, before they were returned in 1958. Under the communists of the East Germany, the contents of the Green Vault were shown but justified as being examples of a proto-industrial revolution. Then, after German reunification, its original home, the Residenzschloss (Dresden Castle), was rebuilt and the collection reinstalled in 2006 in a manner that evokes its 18th-century display and re-associates it with the glories of the Saxon dynasty, and that is why this theft has aroused such dismay in Saxony and Germany as a whole. That is why the value of these pieces is inestimable.