Ka-boom! How art history is embracing the comic book genre

Fine art publishers are catching on to a “comic” way of making art history more accessible: make famous artists the subject of graphic novels. Laurence King Publishing in London is making waves with its Graphic Lives series, which this month published Kusama: The Graphic Novel (click here for a taster of the book).

The unauthorised account of Yayoi Kusama’s life, written and illustrated by Elisa Macellari, is an entertaining, trippy chronicle of the Japanese artist’s highs and lows, depicting key episodes such as the time Kusama felt compelled in her youth to write to Georgia O’Keeffe, asking the US artist to point her “in the right direction”. The biography also highlights Kusama’s support for the LGBT community in New York, holding the first “homosexual wedding” in 1968 in her Greenwich Village property. 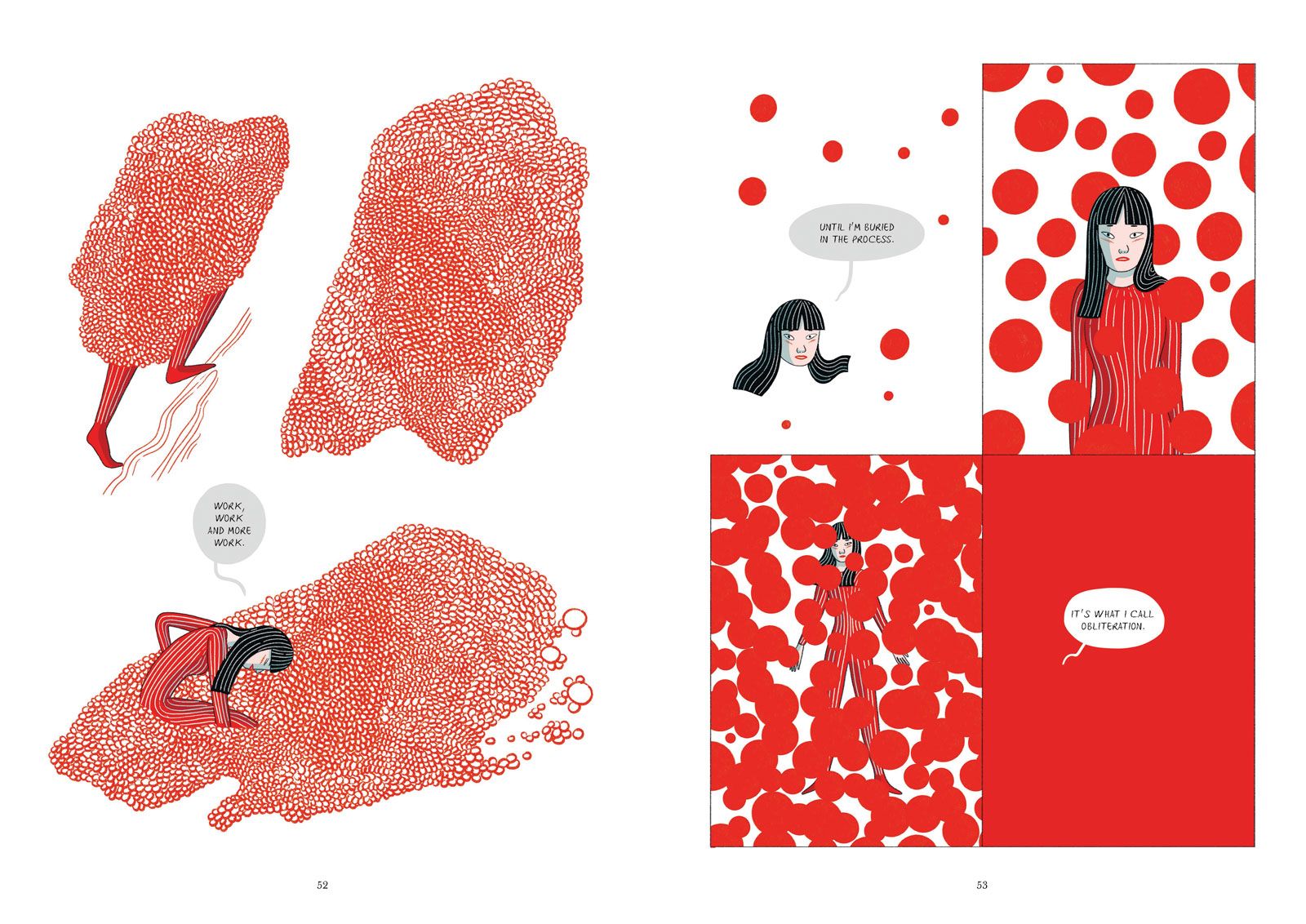 A spread from Kusama: The Graphic Novel by Elisa Macellari Courtesy of Laurence King

The book is the third in the Graphic Lives series following Basquiat and Pollock Confidential. (Katsushika Hokusai is due out in 2021.) John Parton, the commissioning editor at Laurence King, says: “I hope and feel that the graphic biographies appeal to a wider readership than a more traditional text-based biography would, and are a chance to offer a succinct, visual introduction to, and overview of, an artist’s life.”

These comic book sagas—contemporary versions of the manga visual form of narrative storytelling developed in Japan in the late 19th century—also reach new audiences. “They’re a chance for art books to go beyond the specialist art and gallery bookshops. For instance, the [lifestyle shop] Urban Outfitters has been stocking the Basquiat book,” Parton says. Below, we take a look at other developments in the graphic novel field, from key women artists to future trailblazers. 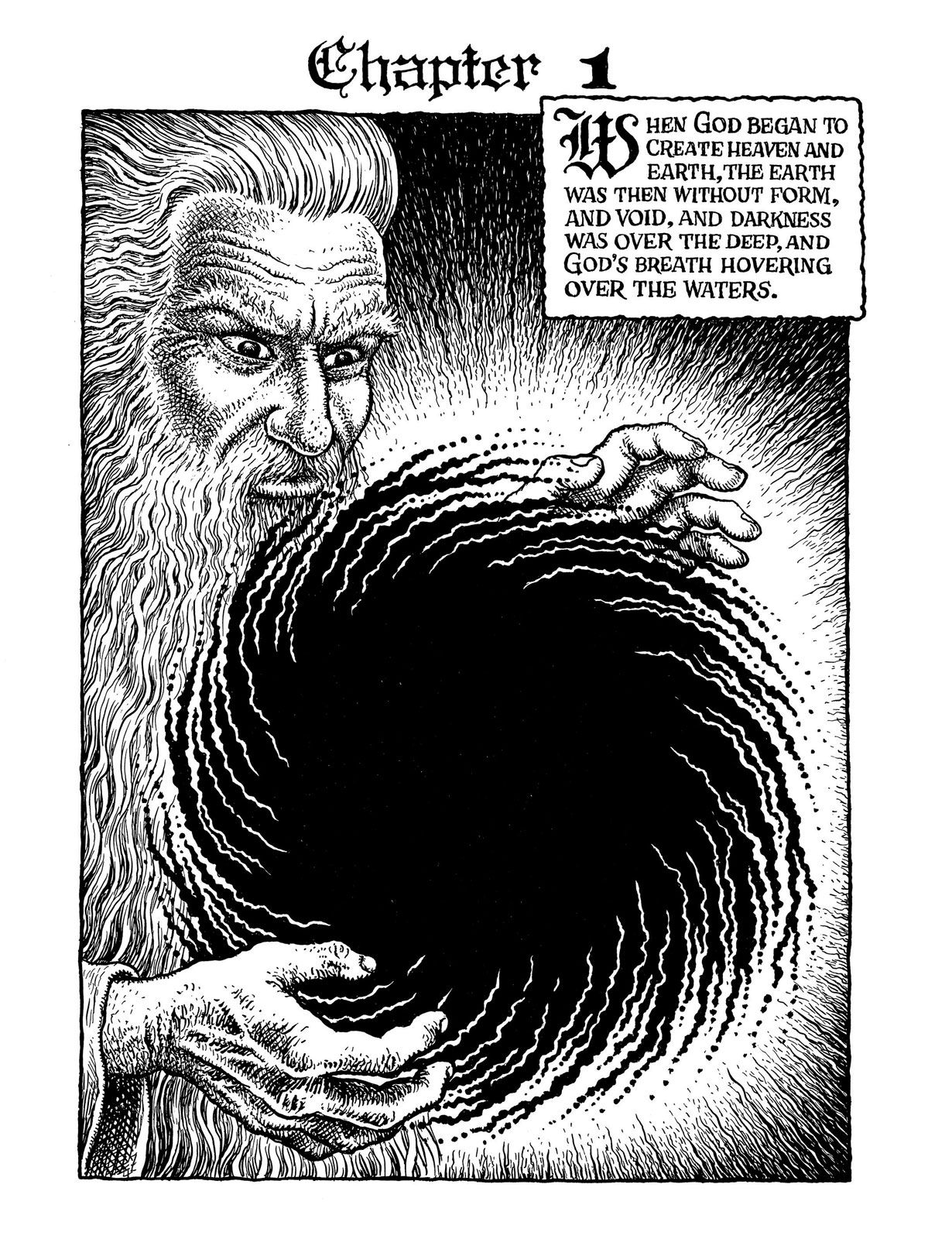 When the godfather of the graphic novel took on the Bible

The Philadelphia-born Robert Crumb is considered the godfather of comic art, bringing to life characters such as the pseudo-guru Mr Natural and sex-crazed Mr Snoid. But he went a step further in 2009 with his adaptation of Genesis—the first book of the Old Testament in the Bible—in comic-book form. The entire series (The Book of Genesis Illustrated) was displayed the same year at the Hammer Museum in Los Angeles in an exhibition curated by Ali Subotnick. Crumb’s take on biblical stories such as Noah’s Ark and Sodom and Gomorrah surprised some critics, though. “Crumb luxuriates in the carnality of Genesis without playing it for gratuitous shock or comic effect. Adam and Eve frolic about in the nude, naturally, but in playful, duly innocent, ecstasy,” wrote David Hajdu in the New York Times newspaper.Crumb also has commercial clout: his 1969 Fritz the Cat cover image was sold at New York’s Heritage auction house in 2017 for $717,000. 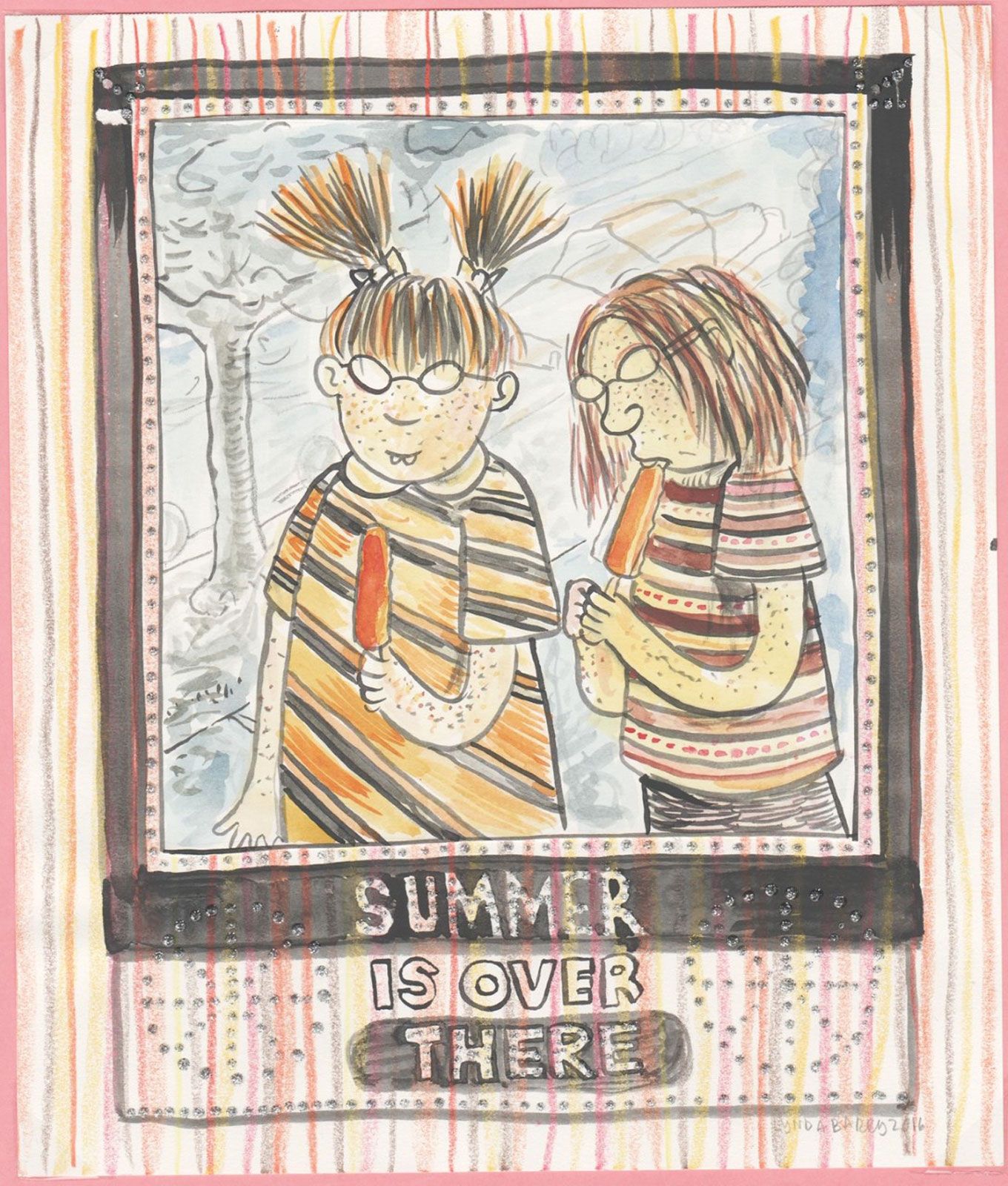 A number of revered graphic novel artists remain largely unknown to the wider art world. Lynda Barry is one such practitioner, but her profile was boosted last year when she received a prestigious MacArthur Genius award ($625,000). “For anyone who read alternative weeklies from the 1980s through the 2000s, Barry was the eternally wise and strange mind behind Ernie Pook’s Comeek”, writes the critic Etelka Lehoczky, referring to the cult comic strip focused on the adventures of an adolescent girl. The comics historian and curator Paul Gravett says that Barry is “the queen of the alternative comics scene”.Another overlooked graphic novel star is Aline Kominsky-Crumb, who founded the seminal series Twisted Sisters with Diane Noomin in 1976 and created the feminist cartoon icon, Bunch. Her work, according to her gallery Kayne Griffin Corcoran in Los Angeles, brings to mind the expressionist art of George Grosz and Otto Dix. 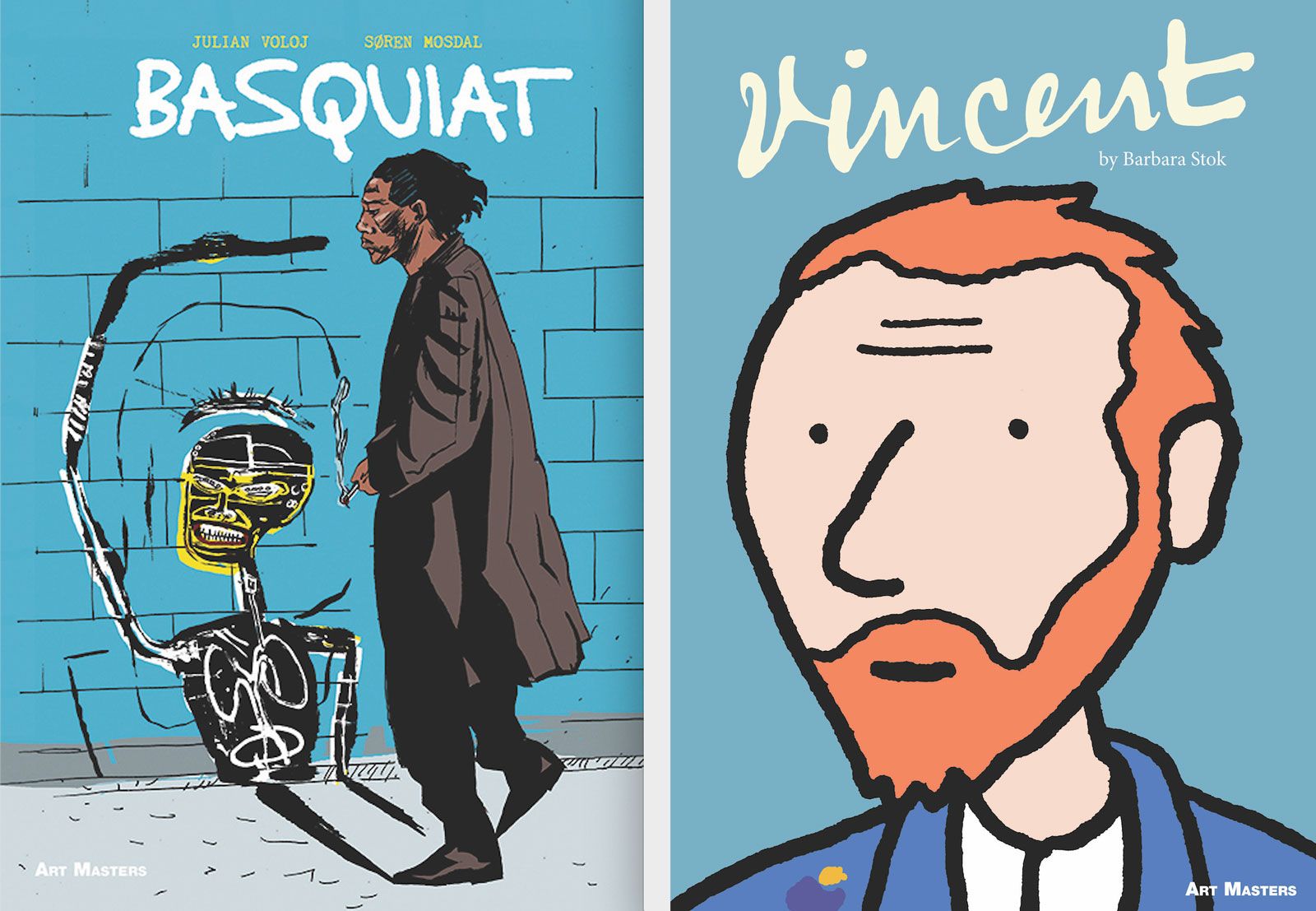 Basquiat by Julian Voloj and Søren Mosdal, and Vincent by Barbara Stok Courtesy of Art Masters

What’s next? SelfMadeHero looks to museums

The future of art in graphic novel form lies with companies such as SelfMadeHero in London. The first book published in its Art Masters series was Rembrandt by Typex (the pseudonym of the Dutch illustrator Raymond Koot), and more recently Andy, a biography of Andy Warhol.The style employed by artists is significant, says Emma Hayley, the company’s managing director. “For instance, Baudoin, who drew Dalí, has a style that perfectly evokes the work of Dalí by using a very loose brush stroke while not actually mimicking Dalí’s art style—that in itself is a talent.”The publisher has cannily tapped into institutions to promote its comic creations. “We have worked with galleries and museums such as the National Gallery in London, for instance, where Typex led a Rembrandt-inspired drawing workshop,” Hayley says. “And Barbara Stok gave a talk about her book Vincent at the Metropolitan Museum of Art in New York when we launched the book in the US.”