By using The Art Newspaper website you agree to our use of cookies as described in this Cookie Policy.
Close notice
ePaperNewsletter
The Museum of Ice Cream in San Francisco is too much for one visitor (© mliu92/Flickr)

As visitors to exhibitions are increasingly sharing their experiences online, should curators plan shows for maximum hype?

Museums have long accepted smartphones as a ubiquitous appendage to many visitors’ bodies—London’s National Gallery lifted its photography ban in 2014, for instance. And now, images taken on those phones are driving visitors to exhibitions and collections, particularly through the social media app Instagram—the primary means for gallery visitors to communicate their art experiences. Certain exhibitions are now defined by their Instagrammability. But are museums and galleries planning for this level of interaction and social media buzz?

“The way that galleries, museums and organisations understand photography in their spaces has changed—and rapidly,” says Cliff Lauson, a senior curator at the Hayward Gallery in London. And Lauson’s 2018 Hayward exhibition Space Shifters was a case in point. The critic Hettie Judah wrote in the Independent that it was likely to turn into an “outrageous selfie-fest”, and her words proved to be true. But Lauson says that Instagrammability was not in his plans when developing the show and that the art was always central. “The show was about artists using innovative materials in a way that creates a unique experience and makes the viewer part of the work,” he says. “The compulsion to document, photograph and share with your friends might be an extension of that, in that it is, in one sense, an experience-based economy that we live in. So it’s no surprise that people felt compelled to do those things that they do quite usually.” 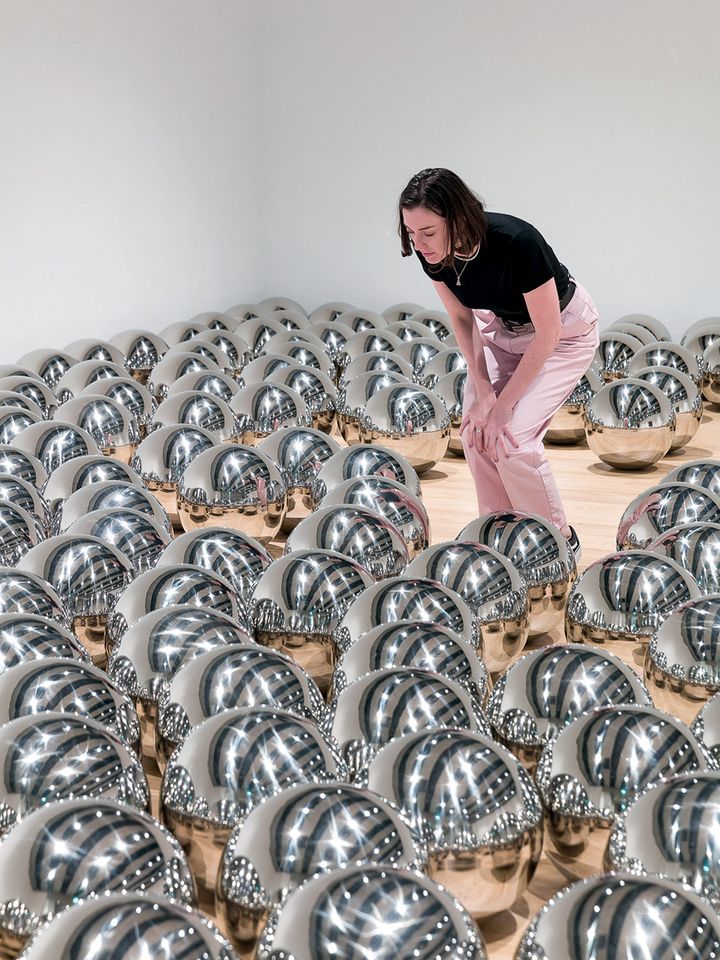 Massimiliano Gioni, the artistic director of the New Museum in New York, suggests that any great exhibition has photogenic moments. “Great installation means having a conciseness that can look great in pictures. So, it’s a test of a good show if it also makes good photos. But if you make a show just so you get good photos, that’s pretty sad.”

For Sara Snyder, the chief of external affairs and digital strategies at the Smithsonian American Art Museum (SAAM) and Renwick Gallery in Washington, DC, the first inkling of Instagram’s profound viral effects came in 2015, following the renovation of the Renwick Gallery, with the exhibition Wonder. “That show had nine site-specific works that were room-scale, immersive and really beautiful and moving,” she recalls. “And it ended up being this Instagram sensation. We hadn’t fully anticipated the degree to which people would refer to it as an ‘Instagram show’. The curator was dumbstruck; he registered an Instagram account straight afterwards so he could read all the comments.” Witnessing what Snyder calls the “visual word-of-mouth” generated by Wonder was a transformative experience for the museum staff. “It was so interesting to eavesdrop on that conversation about what the show meant to [visitors] and how they felt about their experience.”

Last year’s exhibition of the Korean-American artist Do Ho Suh at SAAM was the best-attended contemporary exhibition of 2018 in our survey, and also attracted a deluge of Instagram posts, but Snyder says there were no thoughts of its attractiveness to Instagrammers in planning for the show. “I don’t know any curator who would put their checklist together with Instagram in mind, truly. I mean, that’s not the way they think.”

Both Snyder and Gioni contrast contemporary shows with what Snyder calls “made-for-Instagram” experiences like the Museum of Ice Cream (see main photo), which started as a candy-coloured, interactive pop-up in New York—complete with a Pop Art gallery space and installations that include everything from a melted popsicle jungle to a sprinkles pool that visitors can dive into—which now has a permanent site in San Francisco. Yet the Instagram phenomenon has affected curatorial activity.

If you make a show just so you get good photos, that’s pretty sad

In June, the New Museum will present La Menesunda (1965) by the Argentinian artist Marta Minujín. The work is “a very early total installation or environmental piece”, Gioni says. He wanted to show it because Minujín was part of the countercultural 1960s New York scene that gave birth to happenings and environments, “to show the contribution of an Argentinian artist to a global movement with which she’s not typically identified”. But the “subtext” of the presentation is to riff on phenomena like the Museum of Ice Cream. Minujín’s work is “a series of interactive situations”, including a room where a couple are in bed, a mirrored space with glitter and fans, and a beauty parlour where assistants apply make-up to visitors. “They resemble what these Instagram museums have become today,” Gioni says. “We wanted to show what was a predecessor for that mood or mode as an opportunity to ask ourselves: ‘What is a museum in the age of endless reproducibility or digital distribution?’” 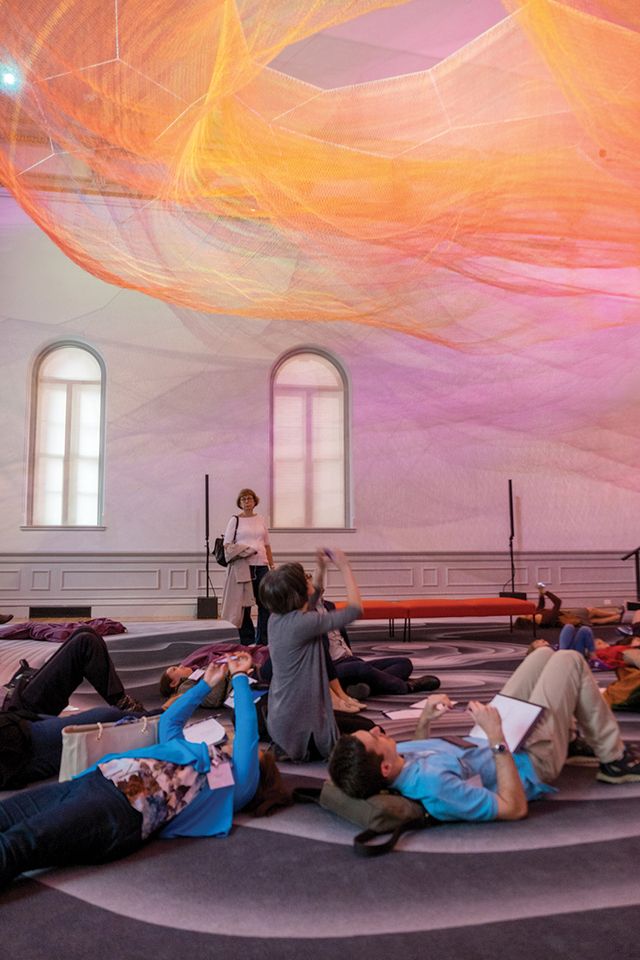 Gioni is amused by the “perversity” of the Instagram-friendly pop-ups using the word museum, and notes that in these projects’ reliance on visitors to communicate about their experiences on social media, “the viewer becomes not a participant but the labour that keeps this machine running”. This factor has not escaped artists’ attention—after all, Marcel Duchamp argued that “the creative act is not performed by the artist alone; the spectator brings the work in contact with the external world by deciphering and interpreting its inner qualifications and thus adds his contribution to the creative act”. The smartphone is a powerful tool with which to do that.

Gioni cites Maurizio Cattelan’s America (2016), an 18-karat gold, fully functioning toilet (partly a homage to Duchamp’s Fountain [1917], an upturned and signed urinal), installed in 2016-17 at the Solomon R Guggenheim in New York. With America, Gioni suggests “it’s the public making the work by photographing it and participating in its distribution through social media. What is presented as fun and free time is a form of collective labour to produce the work of art. Maurizio’s toilet was fascinating as a general reflection on what these Instagrammable moments mean.”

Search #goldtoilet on Instagram and you witness people sitting on Cattelan’s toilet taking selfies, adding to the creative act in a way that would surely have delighted the wry Duchamp. “The spectator is completing the work but is somehow consumed by the action of completing it. There was something scatalogical about people photographing their pee, their faeces, standing around this toilet,” Gioni says. “In that sense the work was complete in the moment they distributed it, but at that moment it became clear how complicated that piece was, because it brought out the worst in people.”

Gioni argues that America was “inherently about communication, and about a currency of visibility and do-it-yourself celebrity”—a culture with Instagram as its primary medium. It is a phenomenon that seems certain to affect museums and their visitors for years to come.