By using The Art Newspaper website you agree to our use of cookies as described in this Cookie Policy.
Close notice
ePaperNewsletter
Henrietta, Duchess of Bolton as a Shepherdess (1721) by James Maubert. Photo: © National Gallery of Ireland

Beacons of empathy: the forgotten women who brought the Foundling Museum to life

The picture gallery at the Foundling Museum is an imposing, green-walled room, lined with portraits of the great and the good. In powdered wigs and rich robes, the kindly faces of the supporters who helped Thomas Coram set up the first home for abandoned children in Britain, and the world’s first incorporated charity, gaze down, grave and benign.

Every single one of them is a man. These portraits—including those by Reynolds, Ramsay and Hogarth—hide a different narrative. One that is about to see the men of power and influence replaced by 21 Ladies of Quality and Distinction, whose contribution has not been given due recognition.

The usual story runs as follows. Thomas Coram, a shipbuilder, returned to London from America where he had worked for 11 years, and was shocked to his goodhearted core by seeing babies and children, dead or dying after being abandoned by destitute or disgraced mothers, on the streets of one of the richest conurbations in the world. He decided to do something about it and after nearly two decades of campaigning he persuaded enough men of wealth and rank to support him for George II to sign a charter in 1739 “for the education and maintenance of exposed and deserted young children”. That was the beginning of the Foundling Hospital, which until its closure in 1954, cared for and educated some 25,000 children—its work is continued by the Coram charity.

This charter, listing the men whose petition had finally brought about Coram’s vision, is on show at the Foundling Museum today, embossed and curlicued, so large and significant it needs a cupboard all of its own to display it. But in a case beside it is a small, battered notebook in Coram’s own hand, in which he lists the “ladies of quality and distinction” brave enough to support him long before their husbands dared to. 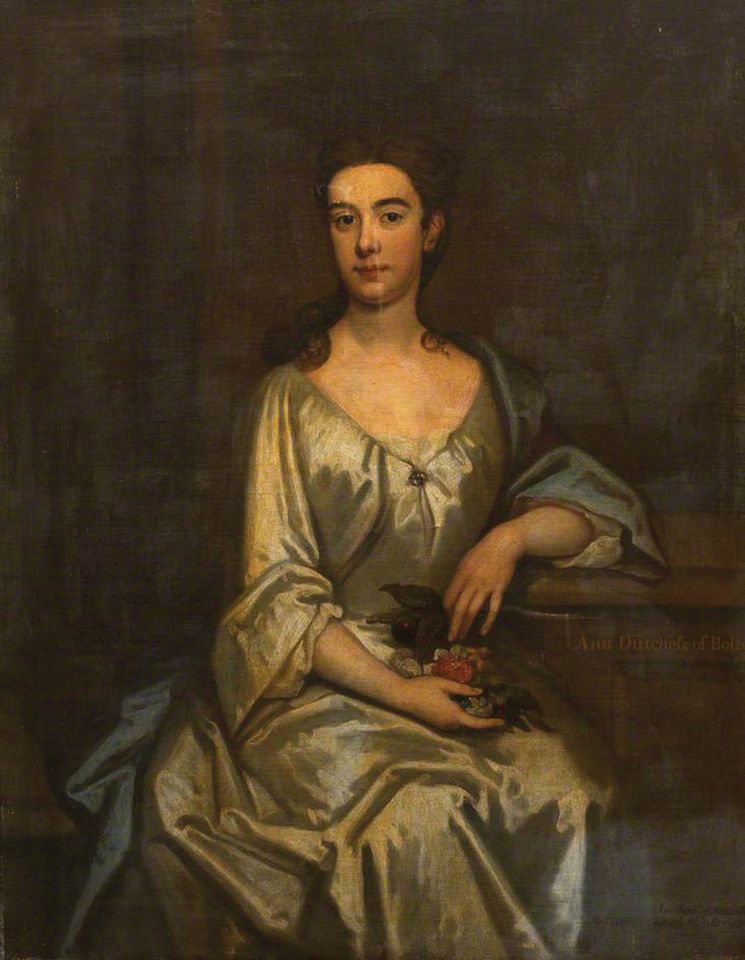 These are the women who are being celebrated in a new exhibition to mark 100 years of women’s suffrage, which will—for the first time—take the governors’ portraits from the walls and replace them with this pioneering brigade.

“Women are an absent presence in this museum,” says the Foundling’s director Caro Howell. “Not only were the mothers who brought their children here anonymous, but only men could be governors until very late in the hospital’s history. But I have always been fascinated by the fact that we say it took Thomas Coram 17 and a half years of campaigning to get his royal charter, but the full story is that for ten years he tried to get a single man to sign his petition and they refused, because it had a whiff of unseemliness, of poverty and illegitimacy.” But their wives stepped up.

The very first signatory of the document known as the Ladies Petition was Charlotte, Duchess of Somerset, who met Coram at Petworth on 9 March 1729. Nothing is known of the encounter, although we do know that her sister, Lady Isabella Finch, did not support the petition and gave Coram “rough words” when he tried to present it on a subsequent occasion.

In the context, Charlotte’s courage in being the first member of the aristocracy to lend her weight to his mission, is inspiring. “She was married to the richest man in England and had recently had a child herself. What a radical act it was for her to sign,” says Howell. “Not only was it catalytic, because her friends and fellow aristocratic ladies followed suit, but when you think of the reasons the men weren’t signing—the idea that saving these children was a reward for sexual licence and would encourage promiscuity and babies—it is an extremely brave thing for her to do.

“As more women signed, that revolutionary commitment to women far beneath them in station and situation is very moving. The duchess and her fellow duchesses knew that if they did not support these women, nobody would. That impulse of women supporting each other is very strong and for me was very resonant in this anniversary year.” 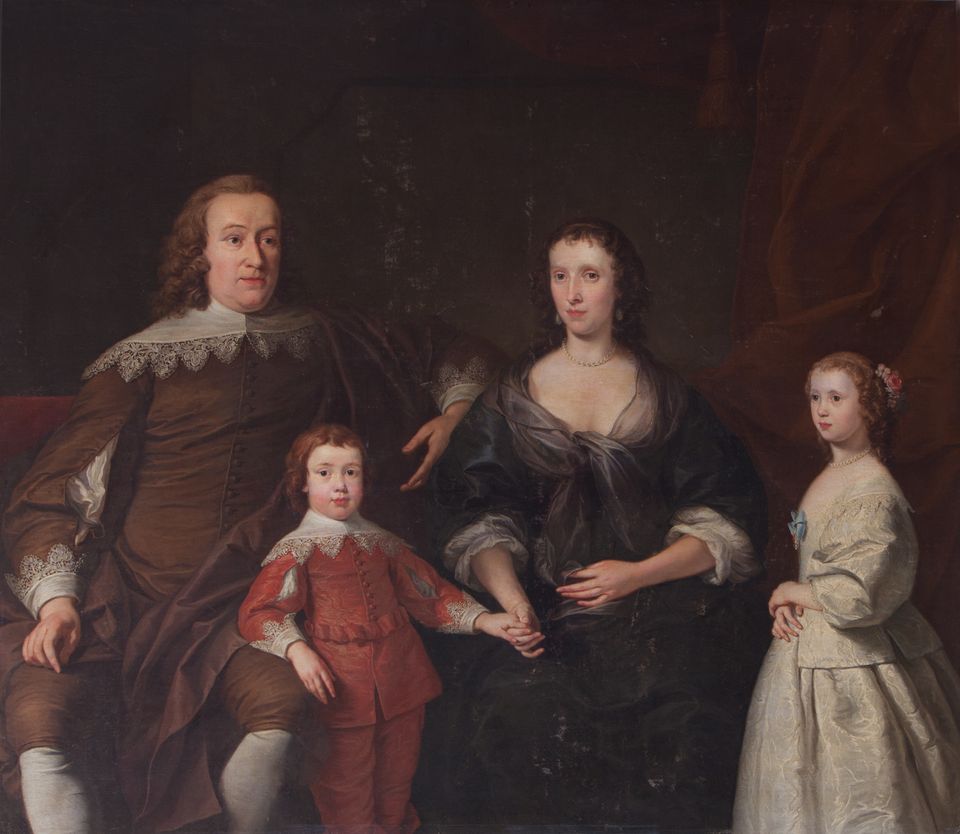 Staring down grandly in silver silks, her neck fashionably long, her gaze composed, in a portrait attributed to Michael Dahl, Charlotte doesn’t look much like a progressive firebrand. But she does look like a woman who would know her own mind. One of the pleasures of this show is seeing the women, putting lost faces to lost names, hearing their stories.

Both the portraits and the histories have been painstakingly gathered by the curator and British paintings expert Elizabeth Einberg, over a period of more than a year. She worked to certain criteria: the portrait had to be as close as possible to the age of the woman when she signed, and in most instances it should be a solo painting and not show the woman as part of a family group. She tracked down all the women and all but six are represented by original oils.

Of those shown in reproduction, one no longer exists: Dahl’s painting of Elizabeth, Baroness Onslow, who signed the petition on 8 April 1730 and who was described as “a woman of the truest goodness of mind and heart”, was destroyed in the Clandon House fire in 2015. One is missing in action, last seen at auction in 1916. It is a portrait, in gentleman-style riding dress, of Mary, Countess of Harold, a signatory in 1733, and a woman dogged by misfortune since her first husband choked on an ear of barley and she met her own end—admittedly at the age of 83—“from injuries by her dress taking fire”. The museum hopes that the prominence of the exhibition might unearth the whereabouts of the original by George Allen.

The stories of the women are as fascinating as the portraits sold. There’s Anne, Duchess of Bedford, the sixth signatory, pretty in blue in Enoch Seeman’s study, whose first husband was a reckless gambler so “intellectually weak” and so unwilling to go through “the drudge of getting an heir” that Anne’s grandmother Sarah, Duchess of Marlborough, sent him abroad, where fortunately he died, allowing Anne to marry again and more happily. Or Sarah, Duchess of Richmond, who was married at the age of 13 to 18-year-old Charles Leonard to cancel a gambling debt—but actually enjoyed a very happy and companionable marriage. She added her name on 22 December 1729; like many of the women she had suffered in childbirth—only 12 children from her 23 pregnancies survived. Perhaps that was why she was sympathetic to the cause. 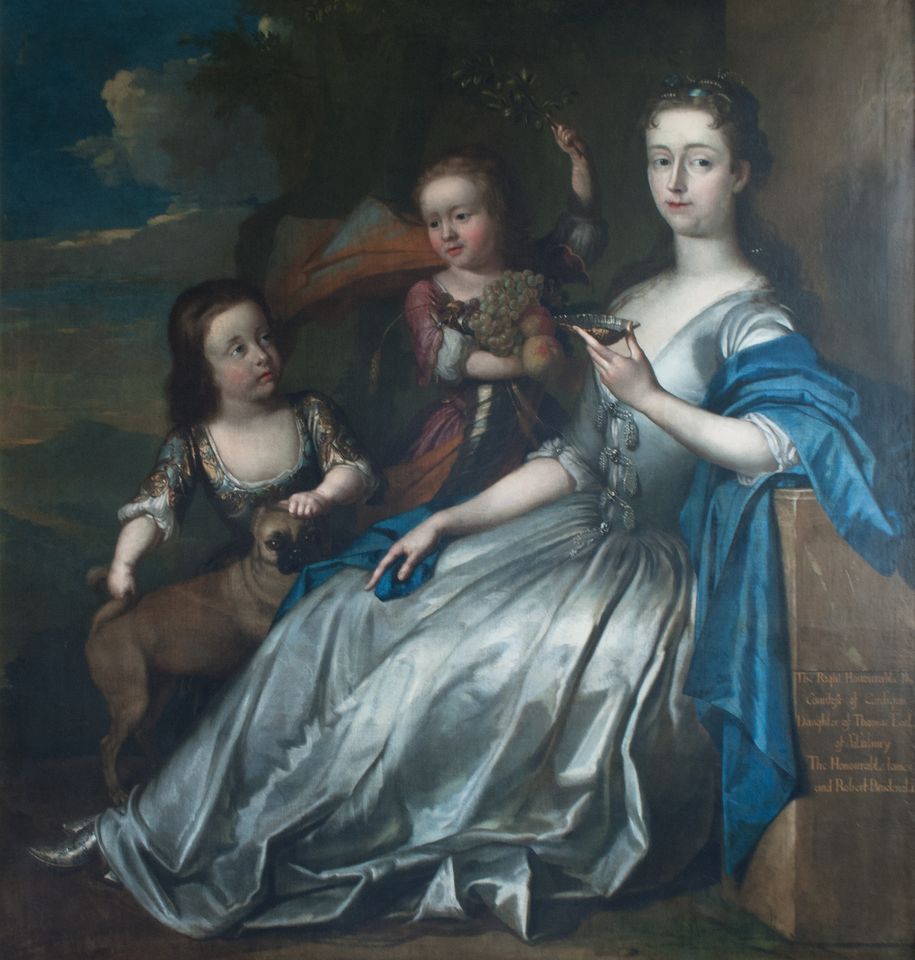 Elizabeth, 3rd Countess of Cardigan (1729) by Herman Van Der Myn Courtesy of the Trustees of the Hornighold Estate Settlement

Howell is very taken with Anne, Duchess of Bolton, who signed the petition on 22 April 1729, the second woman to do so. The third was her mother in law, Henrietta, Dowager Duchess of Bolton, who signed three days later. Giving them their due is a way of altering the perspective of history. William Hogarth was one of Coram’s most prominent supporters and his famous painting of The Beggar’s Opera shows Anne’s husband gazing lasciviously at Lavinia Fenton, the actress playing Polly Peacham, with whom he had a very public affair.

Anne, who was “despised by her husband and laughed at by the public”, lived as a recluse while he spent her fortune. Yet she was bold and caring enough to sign Coram’s petition. “This is a lovely opportunity to turn the story around, to stop being complicit in laughing at her,” says Howell. “And better yet, to notice that her mother-in-law was on her side. I love that sense of female solidarity.”

There are also stories of achievement, such as that represented by the happily married Dorothy Savile, a good caricaturist, or Margaret, Duchess of Portland, who became a noted poet and a leading light in the Blue Stocking Society, and was pregnant with her first child when she signed Coram’s petition on 7 May 1735—the last lady to do so. Almost inevitably, such gestures resulted in disappointment. The ladies’ petition was not successful, but the women did not give up. Instead they became active in getting their husbands and other male relatives to sign the one that led to the founding of the hospital in 1739.

It is the empathy shown by the women who had nothing to gain from their charitable impulses that shines like a beacon. Even though their efforts initially ended in failure, they were vital to the creation of the hospital. “Our stated mission is to inspire people to make a positive contribution to society by celebrating the power of individuals and the arts to change lives,” explains Howell. “What this exhibition shows is that all of us have it within us to be one of those people who does good things. If enough people put their shoulder to the wheel, they can bring about great and profound change.”