The Guerrilla Girls have spent 35 years holding the art world to account. Armed with humour, statistics and gorilla masks, the anonymous US-based collective has produced a steady stream of posters, hoardings and actions denouncing white, male privilege. A new publication, The Art of Behaving Badly, chronicles the group’s entire career from 1985 to the present day, documenting every street campaign, headline-hitting media appearance and major exhibition.

“More than a monograph, this book is a call to arms—each copy comes with a punch-out gorilla mask that invites readers to step up and join the movement themselves,” says a statement released to coincide with the launch. In the extract below the Guerrilla Girls outline how they “get mad and keep up the fight”. 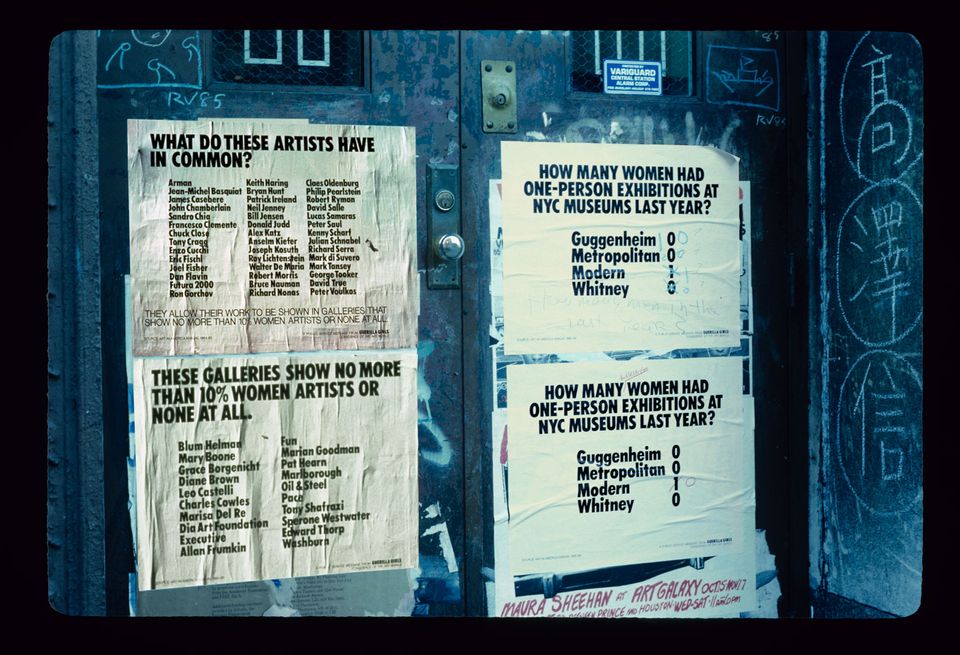 Imagine you’re artists pissed off that almost all the opportunities in the artworld go to white men. Imagine you go to a protest outside the Museum of Modern Art after it opens an “international” exhibition in 1984 with 169 artists but only 13 women and 8 artists of colour. You see immediately no museum goer even cares! Imagine you have an aha moment and realise there HAS to be a better way—an in-your-face, unforgettable way—to break through people’s preconceptions and prove to them that the art system isn’t a meritocracy where museums, galleries, critics and collectors always know best. 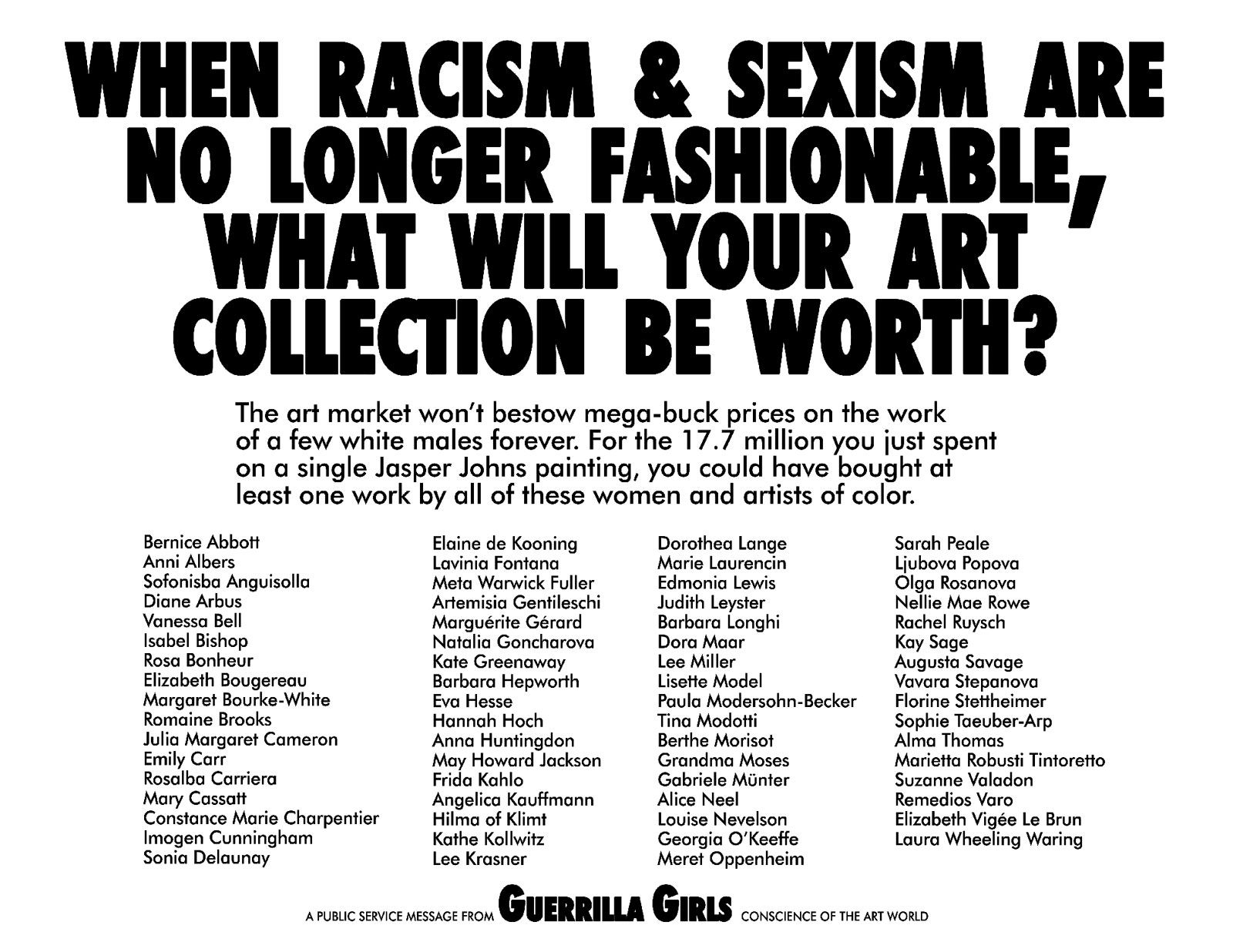 Imagine you dream up a new kind of street poster to wake people up to the pathetically low number of women artists shown in galleries and museums. You call a meeting, decide to be anonymous and name yourselves Guerrilla Girls. You pass the hat around to print the first posters. Within weeks you’re sneaking around New York in the middle of the night, carrying stacks of posters and buckets of glue. Your work ignites a public argument about racism and sexism in the artworld. What follows? Two hundred posters, billboards, street banners, video projections, exhibitions, performances, workshops and books—not just about the lack of gender and ethnic diversity in art, but also in film, politics and pop culture. You get thousands of messages from people all over the world, aged 8 to 80, saying your crazy kind of activism is a model for them. 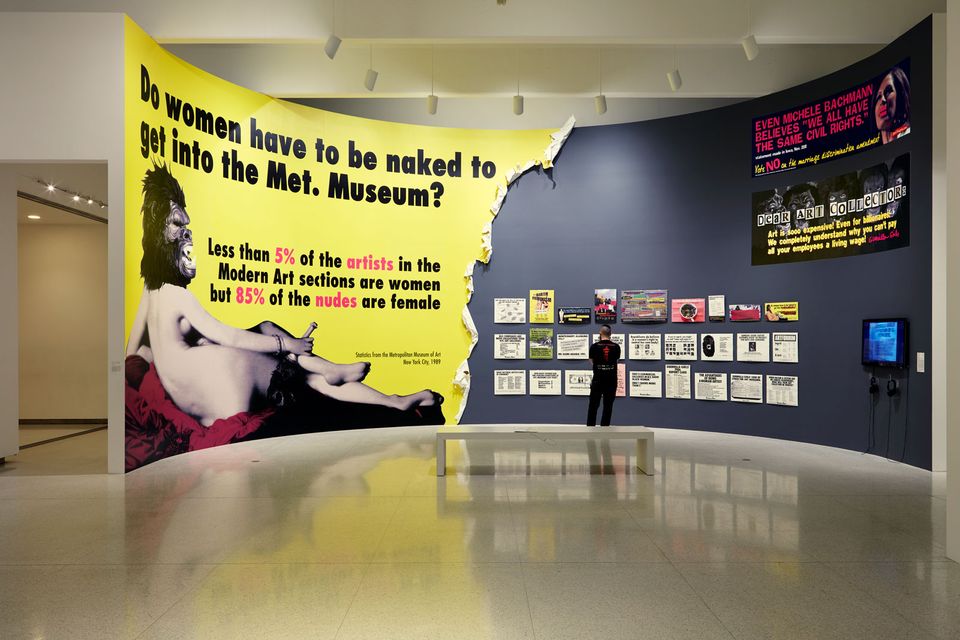 Over 60 individuals become members of the Guerrilla Girls. Some stay for months, some for decades, a few for just a single meeting. They’re cis, lesbian and transgender; diverse in age, sexual orientation and class; and from many ethnic backgrounds—South Asian, African American, Latinx and European, and so on. Each takes on the name of a dead woman artist as a pseudonym. These days we feel in our gut that something important has changed. No longer can anyone claim that the history of art and culture can be written without including all the diverse voices of that culture. But museums, galleries and art collecting are still dominated and controlled by big money and white men. For the history of art to be more than the story of wealth and power, that must change. Our work is not finished. We invite you to look through these pages, get mad and keep up the fight. Creative complaining works! 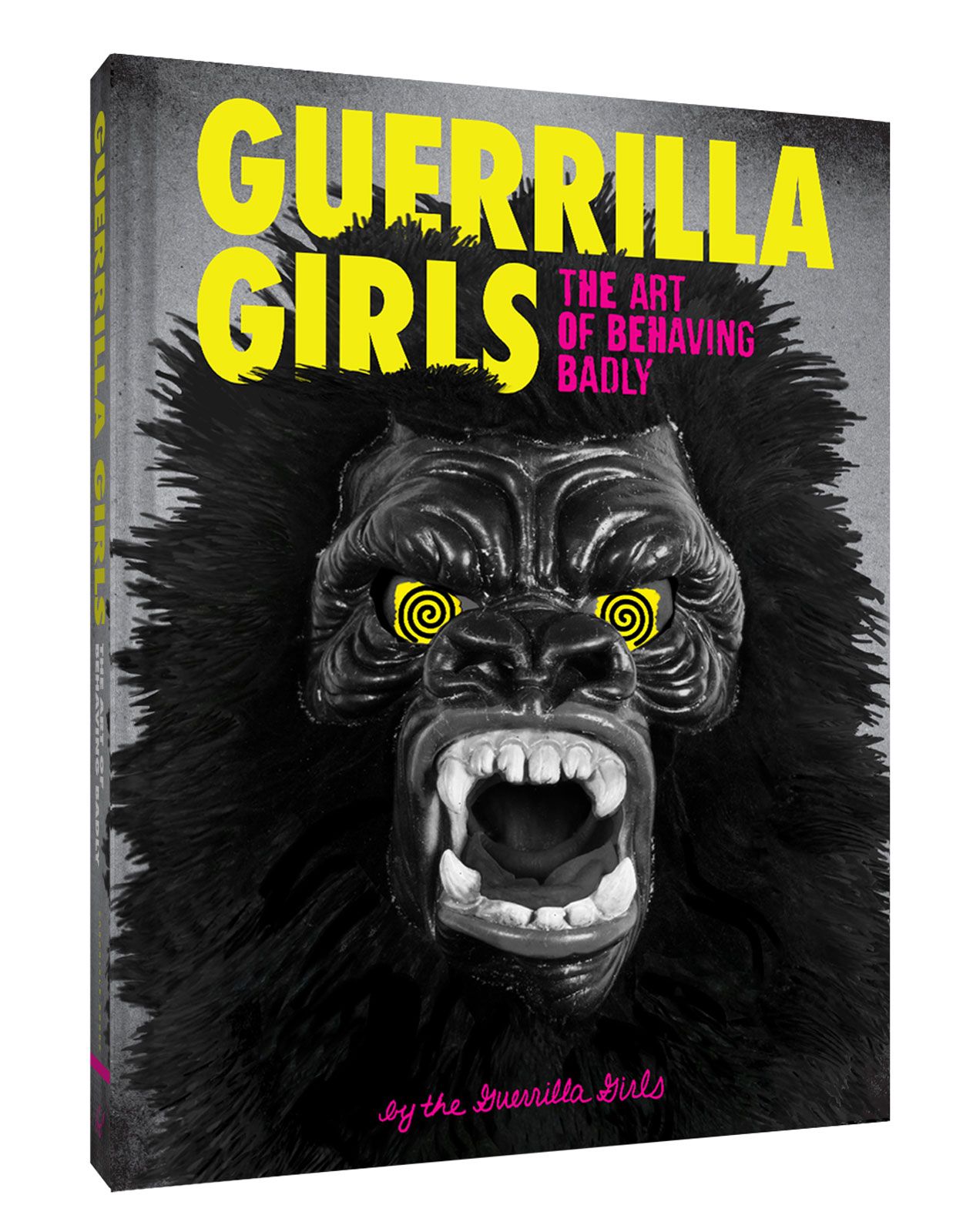