Remembering Ian Jenkins, a scholar and British Museum curator who enriched all who met him with his passion for classical Greece

It was Ian Jenkins’s mother, Lena, who suggested he should apply for the post of a junior research assistant in the department of Greek and Roman antiquities at the British Museum. On his appointment in 1978, he arrived at the grand portals in Bloomsbury, central London, in his Wiltshire boots, the tools of his recent experience as an apprentice stonemason slung in his belt, only to discover that the job was rather more academic than anticipated. He began as he intended to go on, turning tasks that others considered humdrum into gold mines of academic and public interest. Nimbly sidestepping internal conflicts and rivalries, he built collegiate teams within the department of Greek and Roman Antiquities, the department of prints and drawings, the British Museum Education Service, the Joint Association of Classical Teachers, the Hellenic Society and far beyond.

By the end of his life, Jenkins’s networks of colleagues, friends and students embraced much of Europe, North America and East Asia. Regarded abroad as the embodiment of the eccentric English gentleman, Jenkins was possessed not only of a natty dress sense but also a rapier-sharp wit with an unrivalled talent for mimicry, both mercilessly employed to puncture the pomposity of his colleagues and, occasionally, himself. 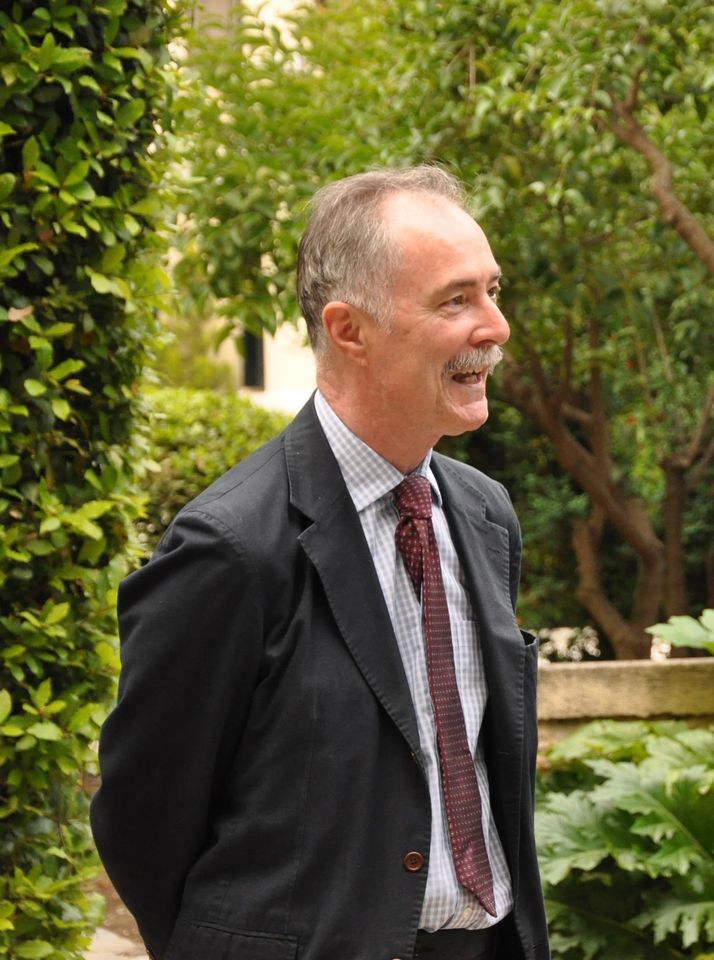 Jenkins: a natty dresser with an unrivalled talent for mimicry British School in Athens

Born and educated in Chippenham, Wiltshire, Jenkins worked with the archaeologist Philip Crummy on the widely admired excavations of the first capital of Roman Britain at Colchester before entering Bristol University where he studied Greek with archaeology and history, and his teacher John Gould became a lifelong influence. “I felt as if I had been let into the garden of delights and everything was in bloom,” he said of his experience of learning ancient Greek, in a 2018 interview with Caroline Mackenzie of the Hellenic Society’s magazine Argo. “Anything was possible...”. Regarding himself as a lifelong “good citizen” of the British Museum, Jenkins nurtured in himself and others a sense of wonder at the achievements of the classical world. He relished the potential to explore the ancient Greeks in “an institution where all cultures are shown but none is privileged, and all religions are represented but none is preached”. 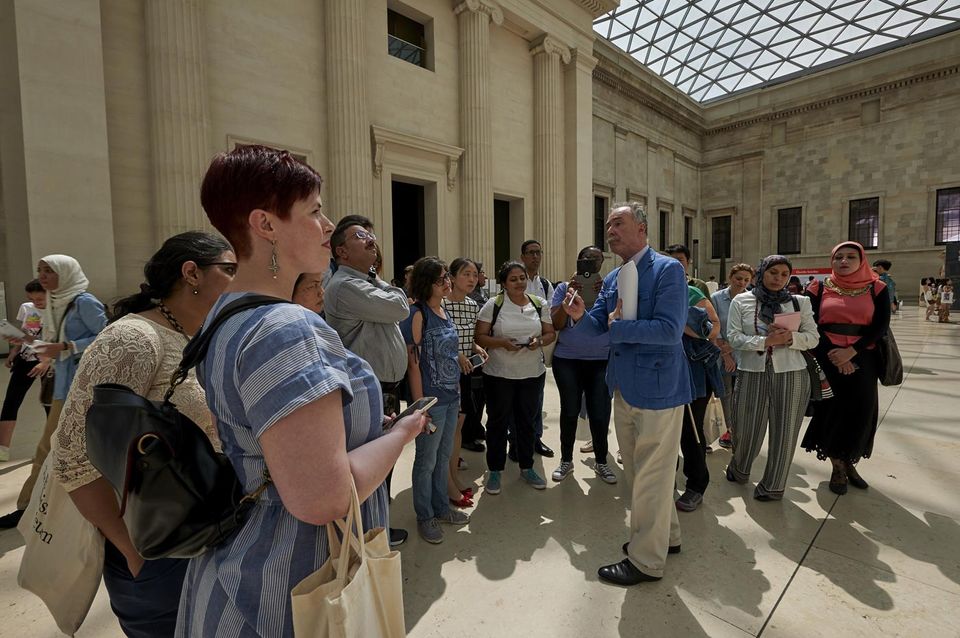 His first task was to co-ordinate the work of several curators on the Greek and Roman Life Room. Over 70 years, the focus of this once-revolutionary display had moved from a thematic account of ancient societies to a somewhat banal material presentation, largely of “minor objects” in table and wall cases. Under Jenkins’s direction, many of the original themes and exhibits were revived and new subjects were introduced. The project fizzed with intellectual energy: for at least two weeks we enjoyed the prospect of a structuralist life-room, and London’s ancient historians and philologists were moved to tears as their papers on such questions as the legal evidence for the confinement of women in classical Athens were addressed, for the first time in living memory, using the material evidence of the British Museum’s collections. Three curators, including Jenkins, wrote academic papers of lasting impact from this experience. He also produced a book, Greek and Roman Life (1986), and several teachers’ guides of enduring value for young visitors to the gallery.

I felt as if I had been let into the garden of delights and everything was in bloom. Anything was possible Ian Jenkins, on learning ancient Greek

Nurturing a growing interest in the history of collecting, Jenkins wrote a PhD thesis for the University of London on the history of the British Museum’s ancient sculpture collections, published in 1992 as Archaeologists and Aesthetes in the Sculpture Galleries of the British Museum 1800-1939. “The museum had forgotten its own history”, he observed, and the laborious process of documentary recovery placed him in a unique position to research and redisplay its collections of classical and Hellenistic sculpture. Later in the same decade he co-curated with Kim Sloan a brilliant exhibition telling the story of Sir William Hamilton’s 18th-century collection of antiquities, Vases and Volcanoes. Their expertise informed and enlivened the museum’s Enlightenment Gallery, a challenging transformation of the former King’s Library into a display space for the early collections. 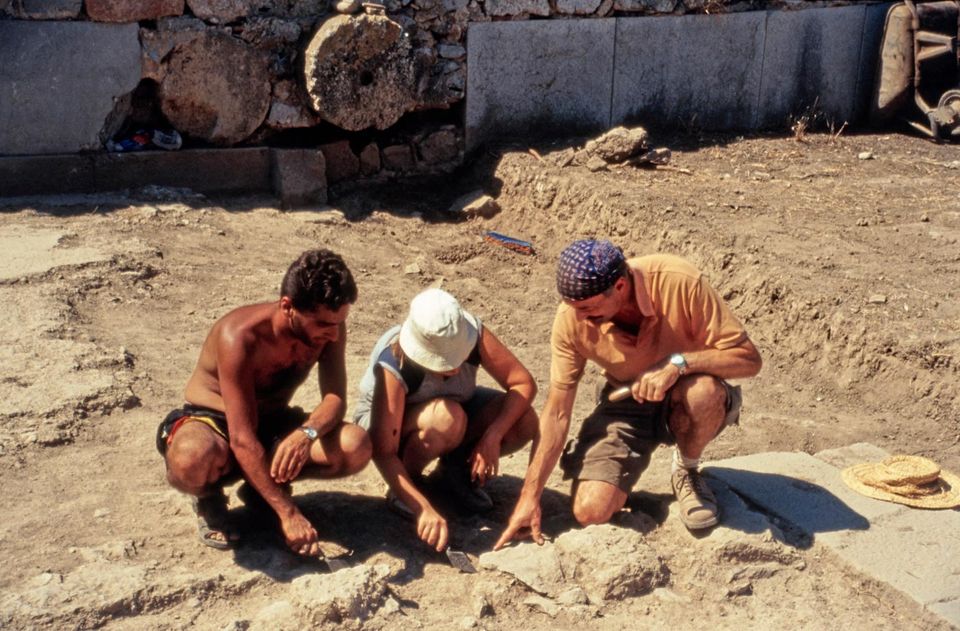 Sculpture in its architectural context: Ian Jenkins (right) and colleagues on excavation at Cnidus, south-west Turkey © 2020 Trustees of the British Museum

Jenkins was also pursuing Charles Newton’s mid-19th-century discoveries at Cnidus, summarised in the National Archives project Return to Cnidus: excavations in south-west Turkey. In this project he was able to marry his own early experience in field archaeology with his mission to understand classical sculpture in its architectural context, published as Greek Architecture and its Sculpture (2006).

Jenkins was protean in his interests, but closest to his heart lay the Parthenon sculptures. He set about improving the British Museum’s presentation of these masterpieces to the public. In 1998, I told him that I had 20 minutes to road-test his new audio guide, but two hours later I was still wandering the gallery, enraptured by his account. For the first time, audiences with impaired sight were able to follow a touch-tour in the adjacent slip-rooms. Jenkins’s braille book, Second Sight of the Parthenon Frieze (1998), composed with his late colleague, the artist Susan Bird, was his proudest achievement. The process of redrawing the frieze for presentation in braille clarified our understanding of how the mounted figures in the procession were arranged in groups of six, each led by a marshal. There was, too, the vexed question of the original appearance of the sculptures. “There has been a collective conspiracy in every generation to forget that ancient sculpture was painted,” Jenkins noted. His successful attempts to redress that lapse are brilliantly captured in a British Museum video, Egyptian blue on the Parthenon sculptures, made in 2014 with the scientist Giovanni Verri.

Alas, Parkinson’s disease struck this enormously energetic man in his early fifties. In 2005 he married his beloved partner, Frances Dunkels, and continued to work unabated at the museum, with generous support from ever-appreciative colleagues. Among other major exhibitions, with his collaborator Celeste Farge and Bénédicte Garnier of the Musée Rodin, Paris, Jenkins co-curated in 2018 Rodin and the art of ancient Greece, a brilliant synthesis of archival research and thoughtful, low-level display, the latter helping the visitor to understand the three-dimensionality of sculpture. He returned to Turkey for his final project, The Romance of Ruins: The search for Ancient Ionia, 1764, which is scheduled to open at Sir John Soane’s Museum, in London, on 3 March (until 31 May). He was correcting the proofs of the catalogue in the week of his death.

Susan Walker was Keeper of Antiquities at the Ashmolean Museum, Oxford, in 2004-14. She joined the British Museum as Assistant Keeper of Greek and Roman Antiquities in 1977, becoming Deputy Keeper in 1995