In pictures: Alex Katz picks his highlights from Frieze Masters

Katz, who turned 90 years young this year, is in town for the opening of his solo exhibition at Timothy Taylor Gallery

Walking through Frieze Masters with Alex Katz is like stepping out with a rock star. Every few minutes, people stop the US artist to take his picture or tell him how much they admire his work. Katz, who turned 90 years young this year, is in town for the opening of his solo exhibition at Timothy Taylor Gallery (until 18 November), which juxtaposes his new silhouette sculptures and landscapes with his early subway drawings. When we asked the artist to pick a few of his favourite works at the fair, we quickly learned that the 1960s hold a special place in his heart. 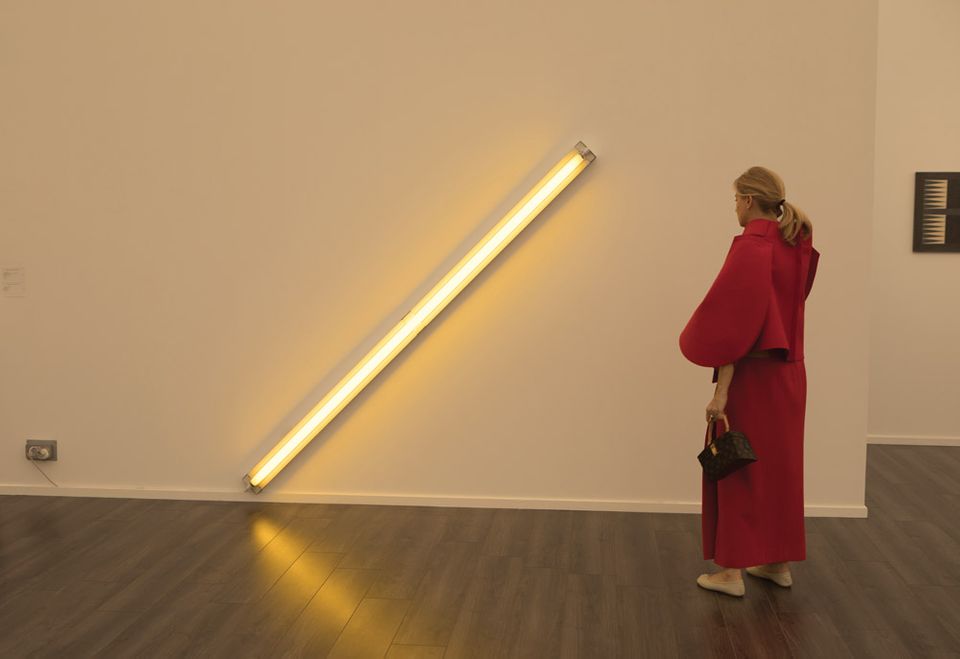 “I think it’s beautiful and elegant. It’s fascinating how he could get so much out of things you can wheel out of a hardware store,” Katz says of Flavin’s very first fluorescent light sculpture. The late US Minimalist created nine diagonals in different colours, each dedicated to a different artist or art-world figure. Katz says they immediately draw the viewer’s eye. “One of my paintings was hung next to a Flavin at a show years ago… it wasn’t fun,” he laughs. 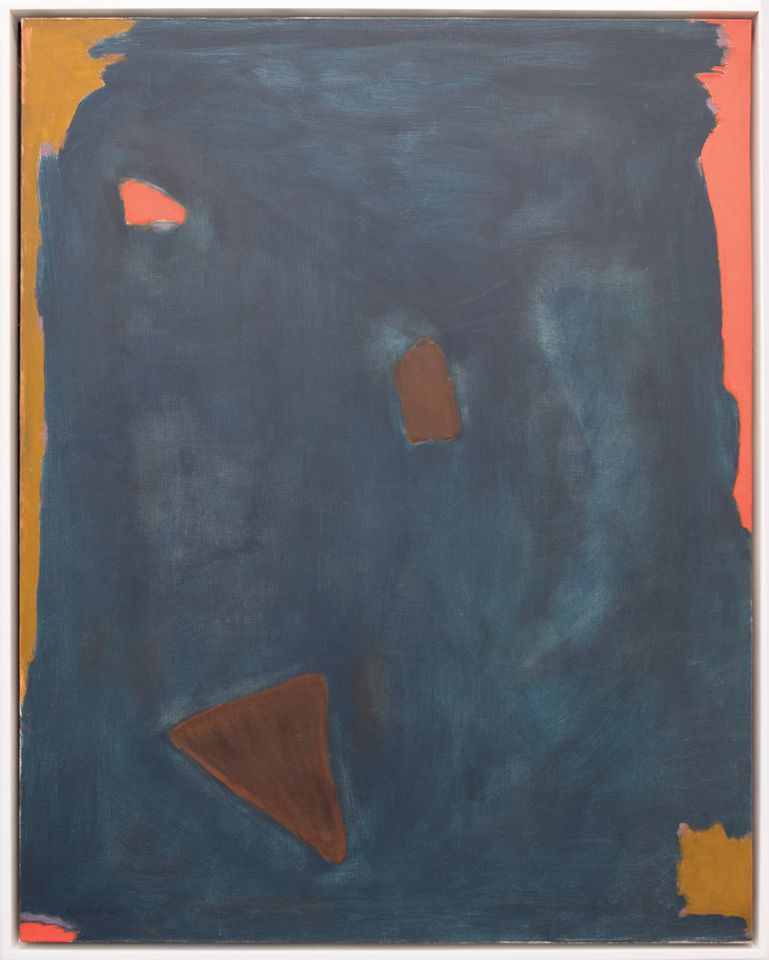 This series of bold and playful abstract paintings from the 1950s to the 1970s by the late US dealer and artist on Alexander Gray’s stand is Parsons’s first solo show in the UK for 37 years. “The painting has a definite presence,” Katz says. “I often see paintings that are nicely done, but they are too decorative for my taste. Great decoration is something else, but I dislike it when it diminishes energy.” 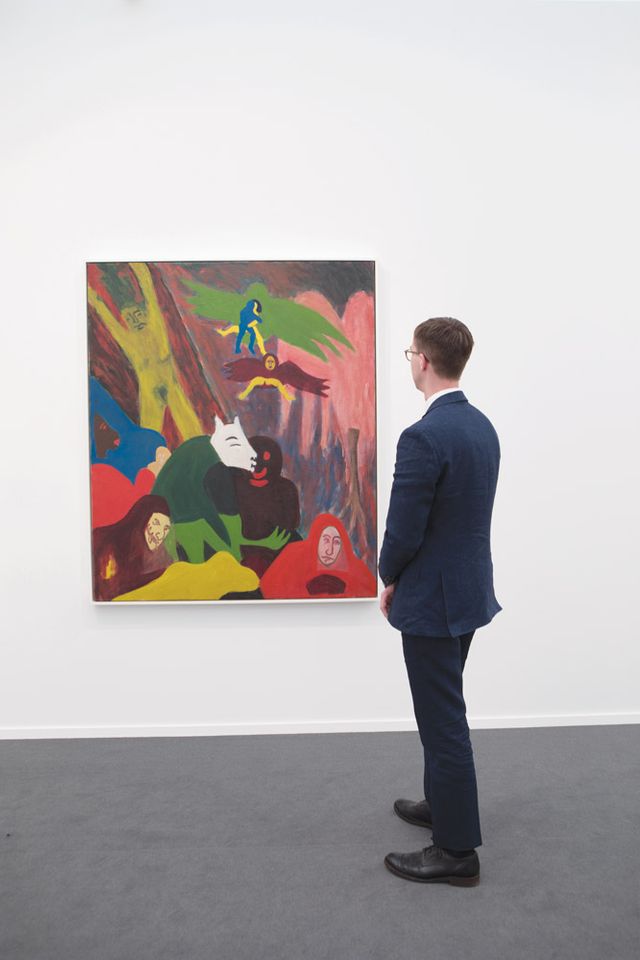 “He is so unpredictable and I like that,” Katz says, explaining that although Thompson repeats certain motifs in his work—in this case, a green bird—they retain a sense of spontaneity. The Beat Generation artist is known for modernising Old Master compositions through his use of colour and abstract shapes. Here, he gives Goya’s Los Caprichos a decidedly modern twist. 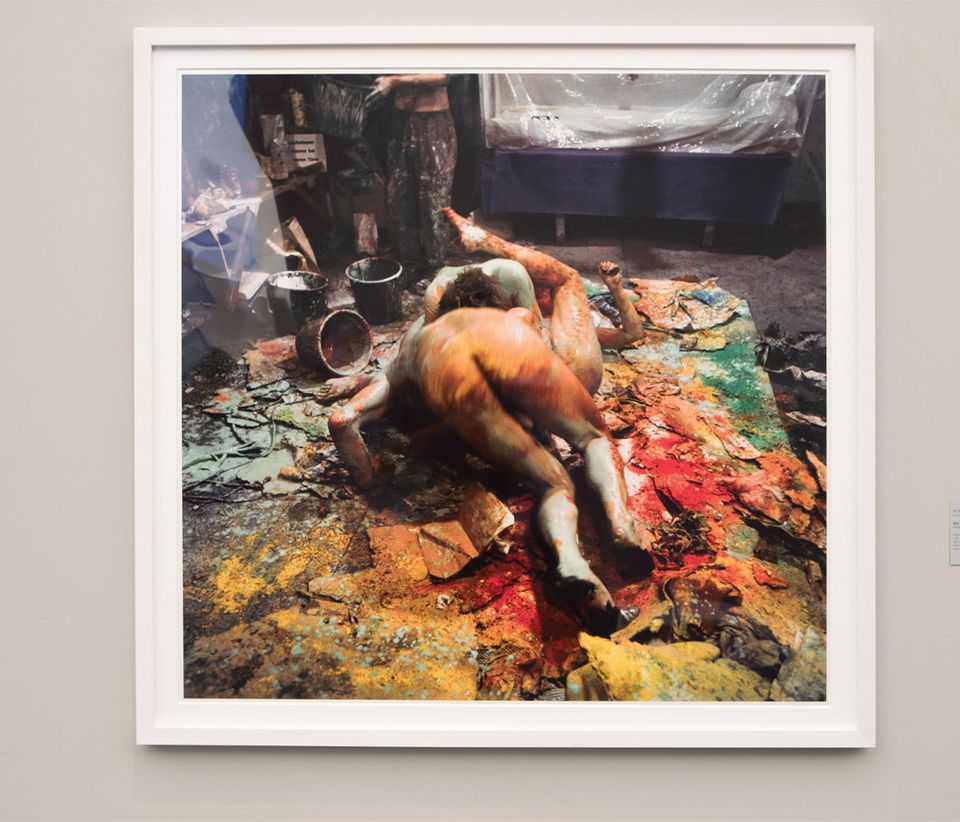 “It looks like it could be by Paul McCarthy,” Katz says. “It’s so contemporary and a là mode.” The gallery is selling a set of 12 large-format cibachrome prints of 12 different “actions” or performance art pieces by Muehl. The Austrian artist was a leading figure in the Viennese Actionism movement of the 1960s and 1970s, in which the body became the canvas. 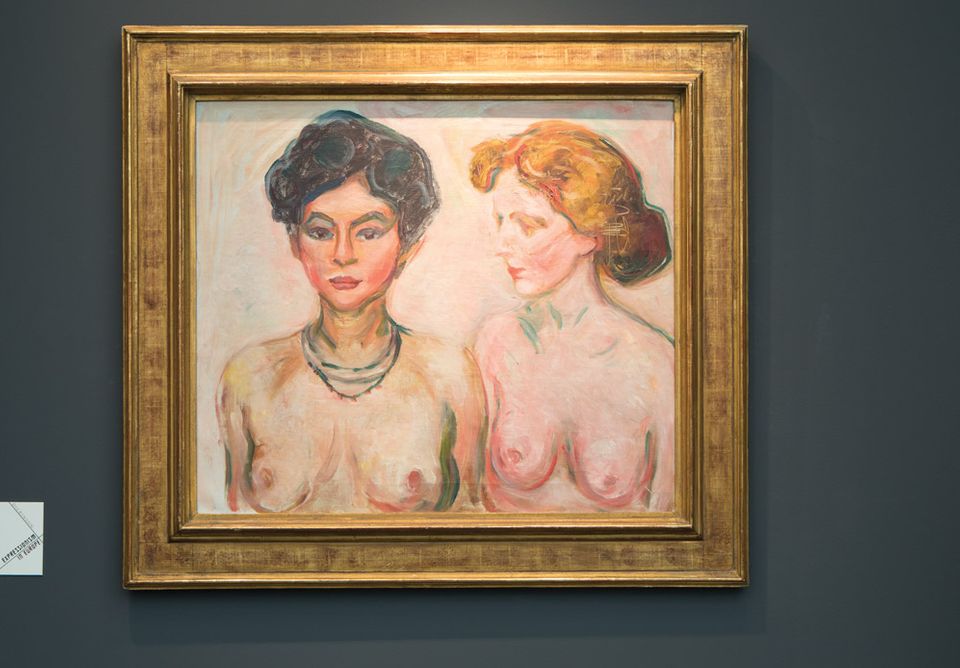 When it comes to Munch, Katz tends to prefer his later works, but he was intrigued by this portrait of two of the Norwegian artist’s favourite models, from around 1902. Katz says: “It’s early, so you can see that his technique hasn’t really opened up yet, but there is still something great there.” He adds: “Three or four years after this and he was really flying.” 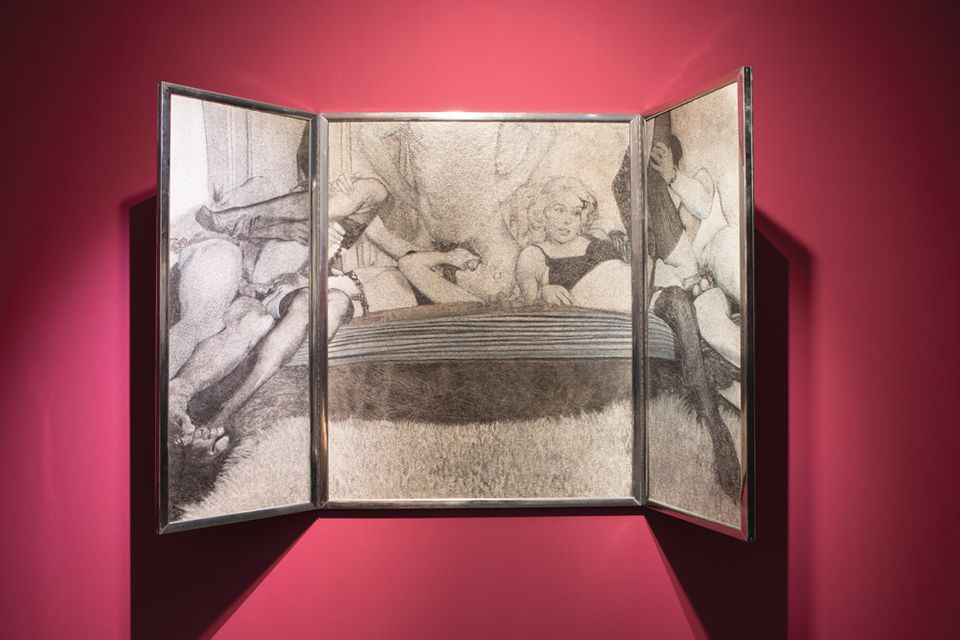 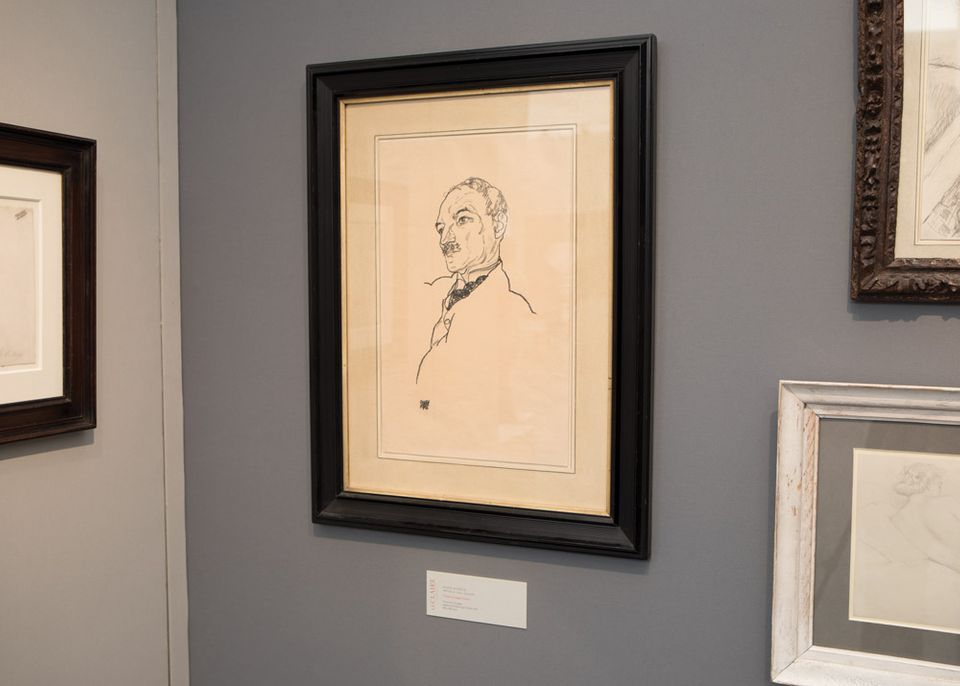 “I like the economy of line and its directness,” Katz says of this sensitive portrait of the Austrian artist’s patron, the Viennese industrialist August Lederer, who bought around 400 works from Schiele. “For me, Schiele is a bit like Modigliani or the [jazz singer] Chet Baker; they can only do one thing, but it is special and no one can do it better. No one can sing My Funny Valentine better than Baker and no one can draw like Schiele.” 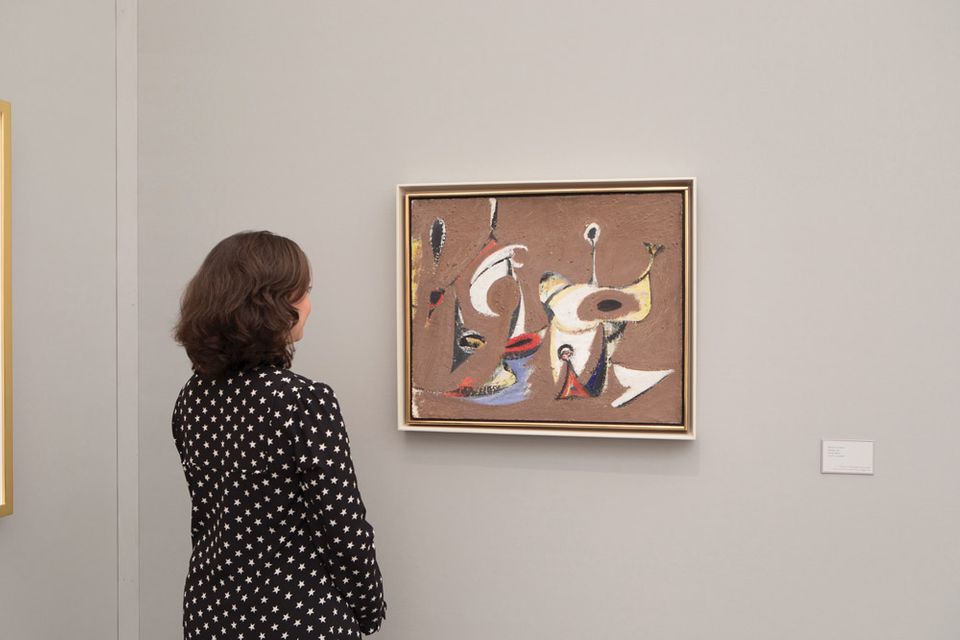 “The painting has substance; it [conveys] real emotion and movement in a fascinating way,” Katz says. “Gorky combines elements from Miró and Picasso in a very interesting way, and you can see how it’s leading to Abstract Expressionism.” 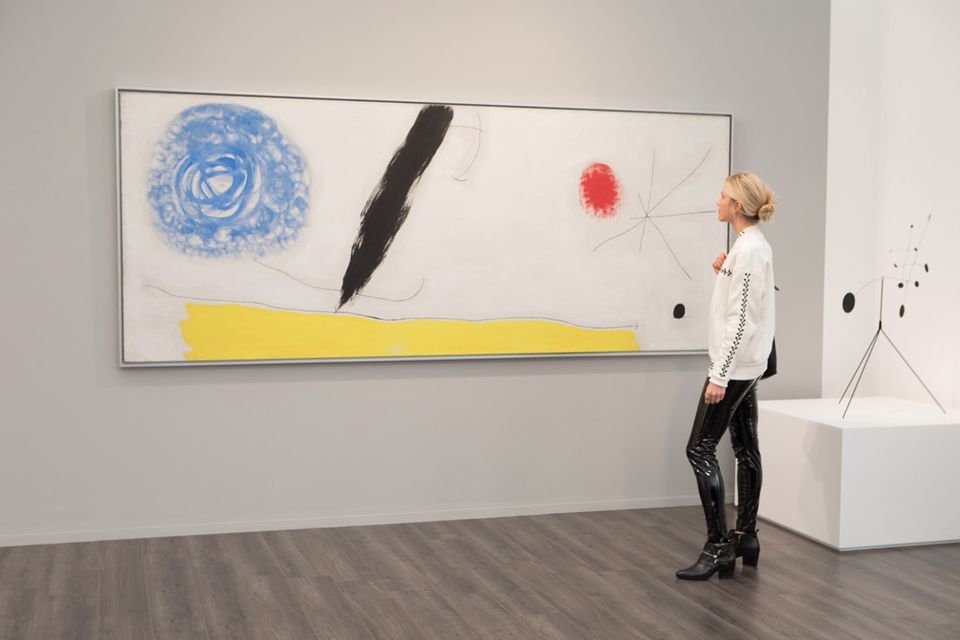 Joan Miró, Bird Woken by the Cry of the Azure Flying Away Across the Breathing Plain (1968), Nahmad Contemporary, $15m

Katz was surprised to learn that this 3m-wide work by Miró was from the late 1960s. “I would have guessed that it was much earlier,” he says. “Miró was the king in the 1920s, but his energy diminished when he moved away from his sources. But this is a great piece. The touch is wonderful. He painted much more openly than the Abstract Expressionists.”

about 12 hours ago
Hackneyed old Hockney: Museums need to be courageous, even in survival mode