In one of his final interviews before his death in May last year, the Bulgarian-born artist Christo said he was “flabbergasted” that he had finally been given permission to wrap one of most recognisable buildings in Paris, the Arc de Triomphe. This past weekend, workers began installing the work, draping silver and blue fabric around the monument and realising an ambitious project that was more than half-a-century in the making.

The idea to cover the building in fabric was first hatched by Christo and his partner and collaborator Jeanne-Claude 60 years ago. The couple first came up with the plan in 1961 while living in a small flat near the monument, but it was not until 2019, a decade after Jeanne-Claude’s death, that Christo was finally able to announce that the work would go ahead. 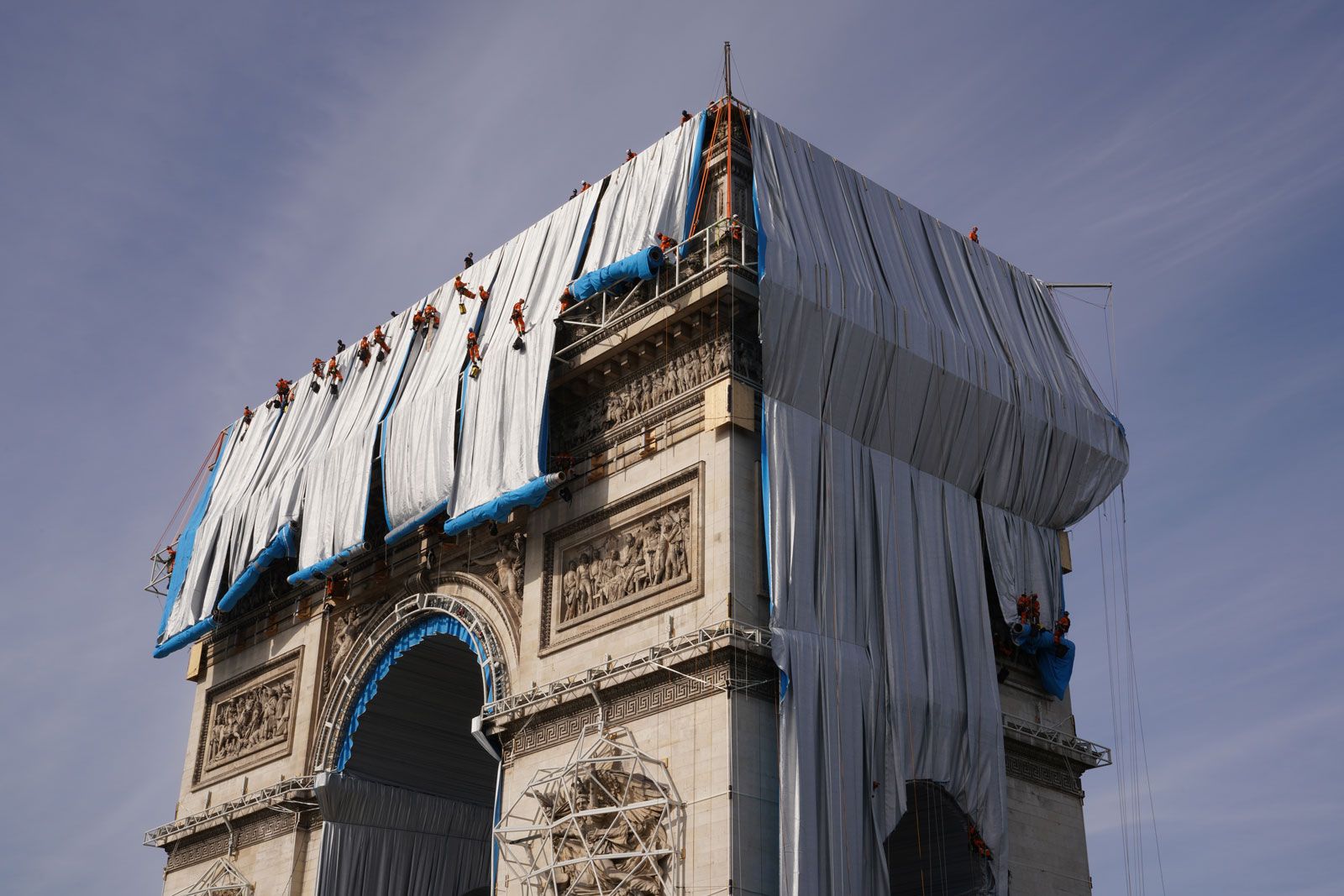 Fabric panels are being unfurled in front of the outer walls of the Arc de Triomphe Paris on Sunday Photo: © Wolfgang Volz; © 2021 Christo and Jeanne-Claude Foundation

In the years between the conception of the work and its realisation, the duo created some of the most memorable large-scale installations in the world, from wrapping Berlin’s Reichstag in silvery fabric to creating giant bright orange floating piers in Lake Iseo, visited by a staggering 1.2 million people.

L'Arc de Triomphe, Wrapped was originally scheduled for April 2020 but was postponed due to the pandemic. Christo died in May 2020. Christo and Jeanne-Claude’s vision is finally coming to fruition this week, with work starting on wrapping the monument in 25,000 sq. m of silver and blue fabric, fastened with 3km of red rope. A new book by Taschen delves into the history and planning of the work. Below are some highlights from behind the scenes.

Photographs from the book: Christo in his New York studio in January 2020, working on a large preparatory drawing for the Arc de Triomphe, Wrapped Photo: © Wolfgang Volz 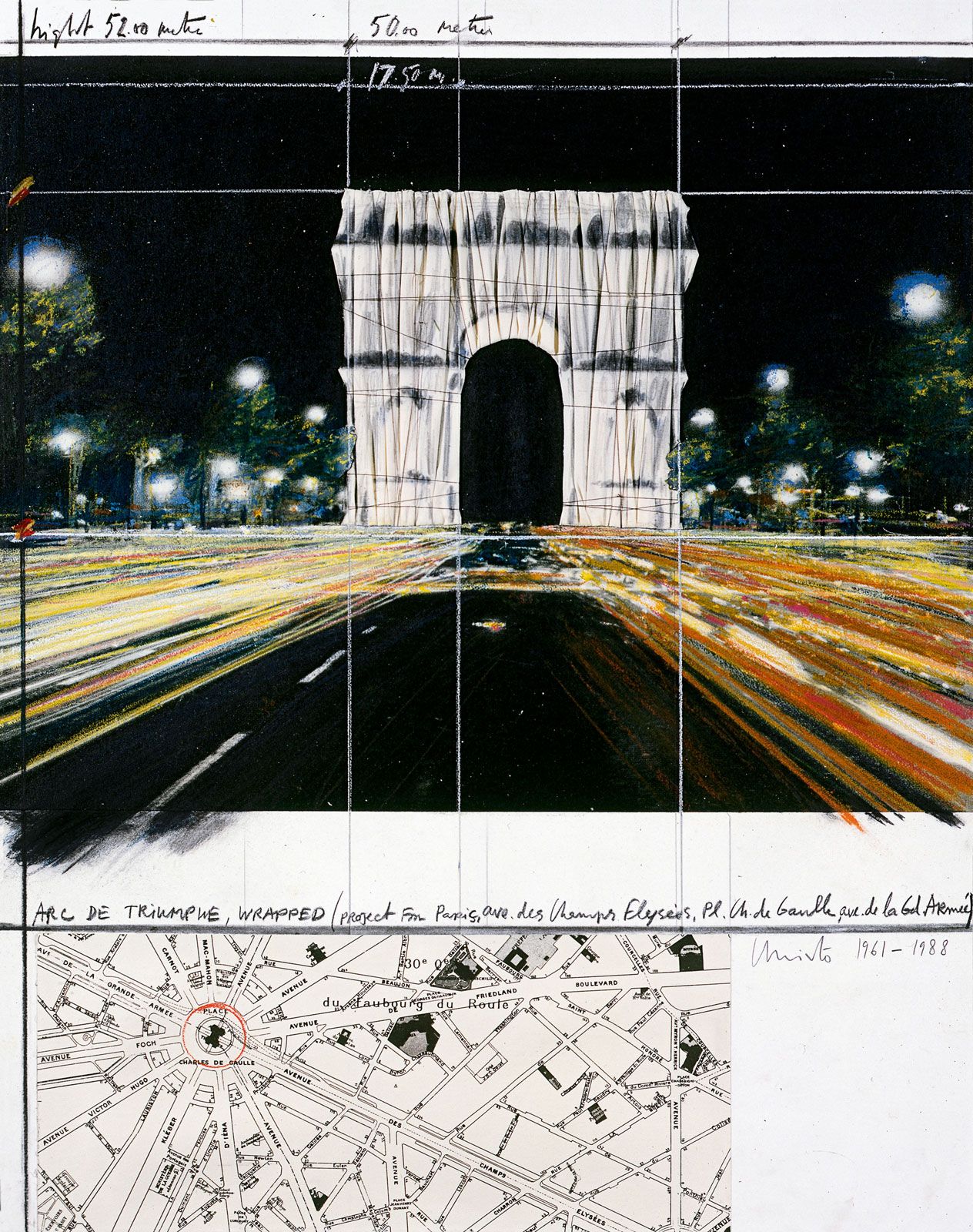 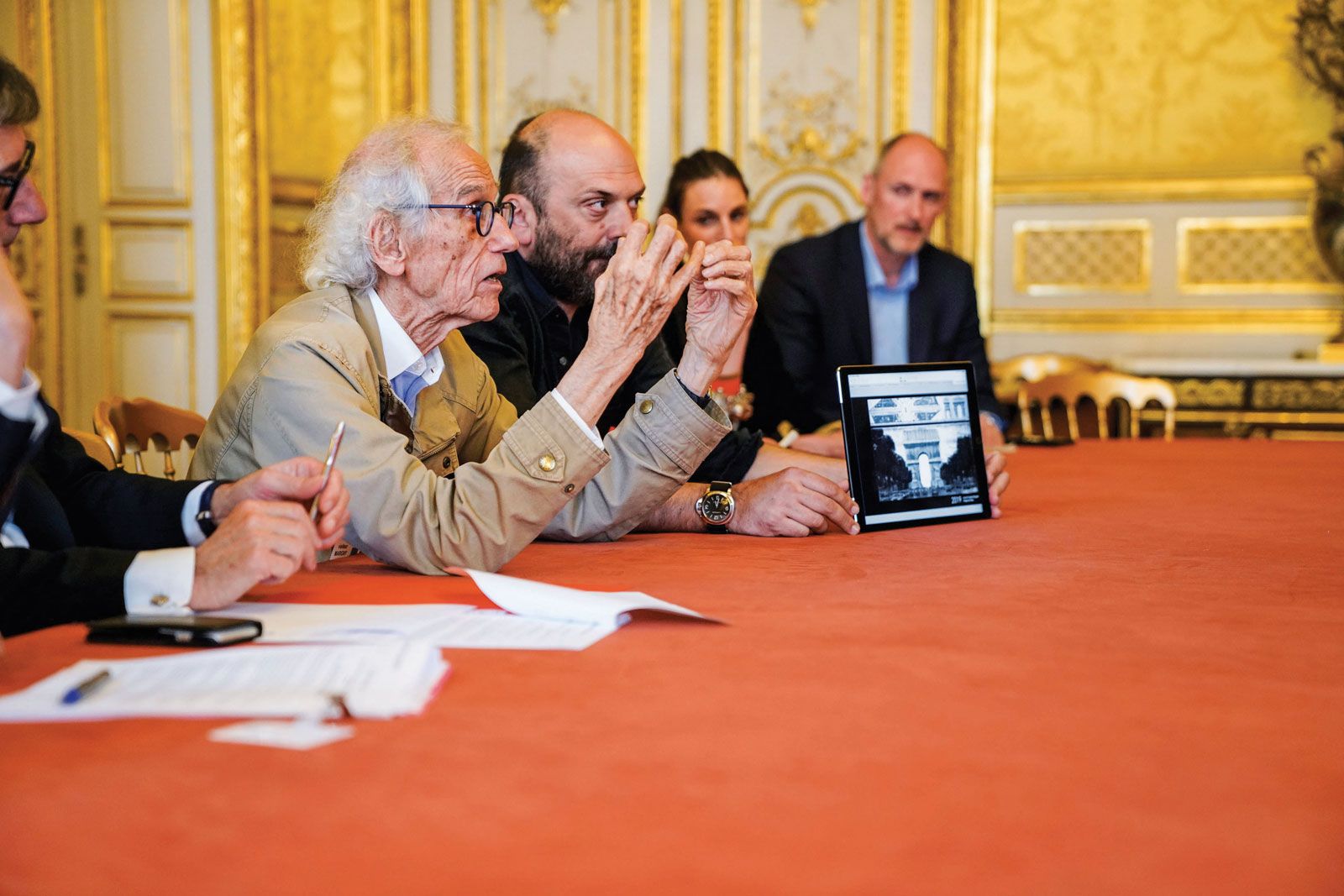 Christo and his team at the Hôtel de Marigny in March 2019 for the final meeting to obtain permission to go ahead with the project. Among those in the meeting were Serge Lasvignes, the Centre Pompidou president; Philippe Bélaval, the president of the Centre des Monuments Nationaux; Claudia Ferrazzi, the cultural advisor to President Emmanuel Macron; and members of the armed forces Photo: © Wolfgang Volz 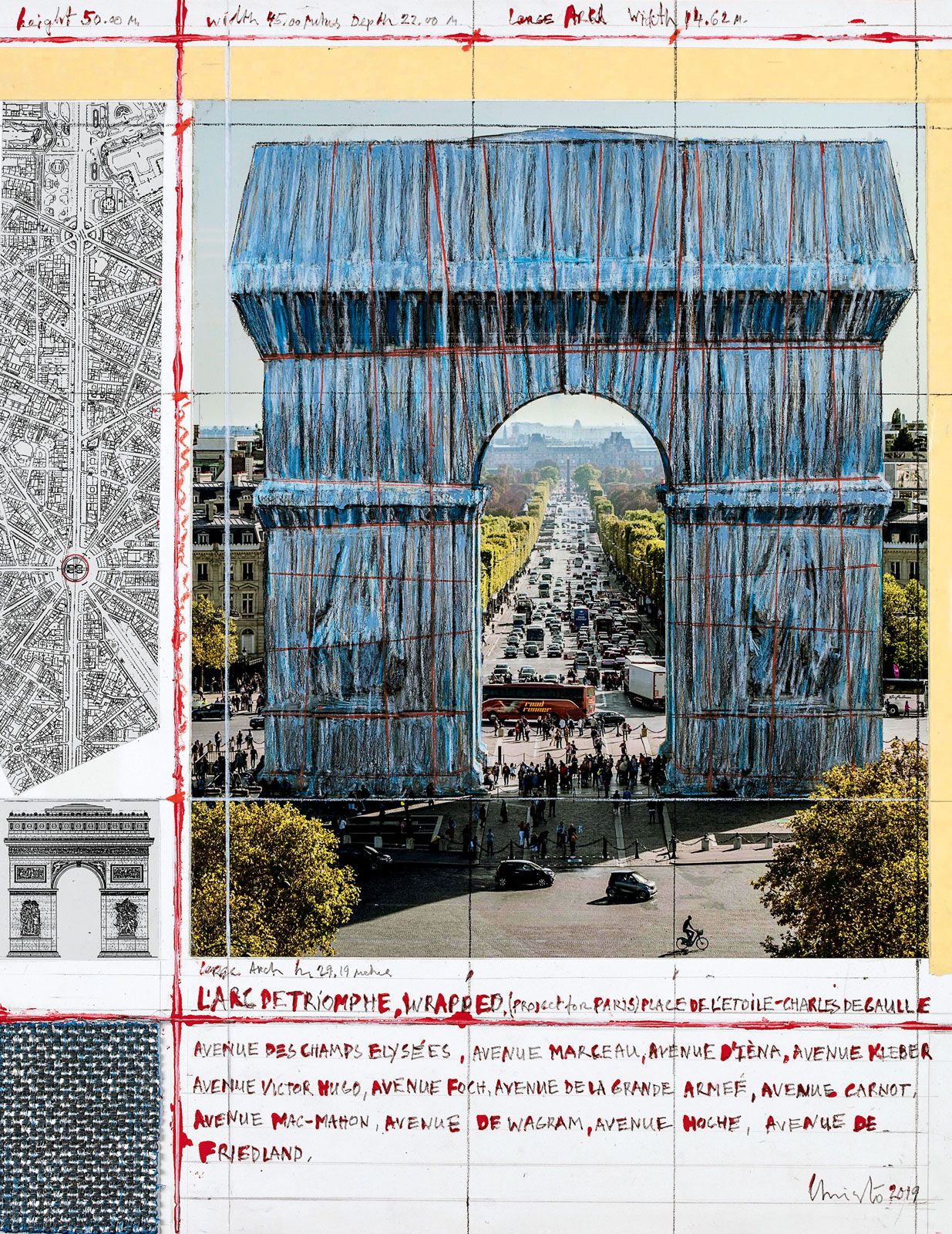 Workers roll up some of the blue fabric coated with pulverised aluminium that is being used for the work. The fabric is rolled so that the silvery side is inside and ready to be unfurled on the Arc de Triomphe. The largest panels are 8m wide and weigh around a ton Photo: © Wolfgang Volz During a practice run on a model of the Arc de Triomphe, professional climbers link the red ropes to connectors, which are attached through “button holes” in the fabric to the steel structure underneath Photo: © Wolfgang Volz Crane operators and workers using cherry-pickers, fasten steel pieces together to create a structure that will protect the monument’s sculptures and act as a frame to which the fabric will be attached Photo: © Wolfgang Volz