With the one of the most polarising US presidential election campaigns coming to an end in just under a fortnight, the serene images taken in the run-up to another presidential election 44 years ago seem like they come from a different planet. The 100 photographs collected in William Eggleston’s first book, called Election Eve (1977), were taken in October 1976 mostly around the small town of Plains in Sumter County, Georgia, but also during the journey there from the photographer’s home in Memphis, Tennessee. Plains was the hometown of the then Democratic candidate Jimmy Carter, who would go on to beat the incumbent Republican Gerald Ford to become the 39th President of the United States.

Eggleston’s landscape photographs build up a portrait of Sumter County and its surroundings with pictures of near empty roads and red dirt tracks, parked cars and trucks, railroads and depots, agricultural vehicles, silos, driveways, porches and backyards, churches and a peanut processing plant (Carter had run his family’s peanut growing business earlier in his life). 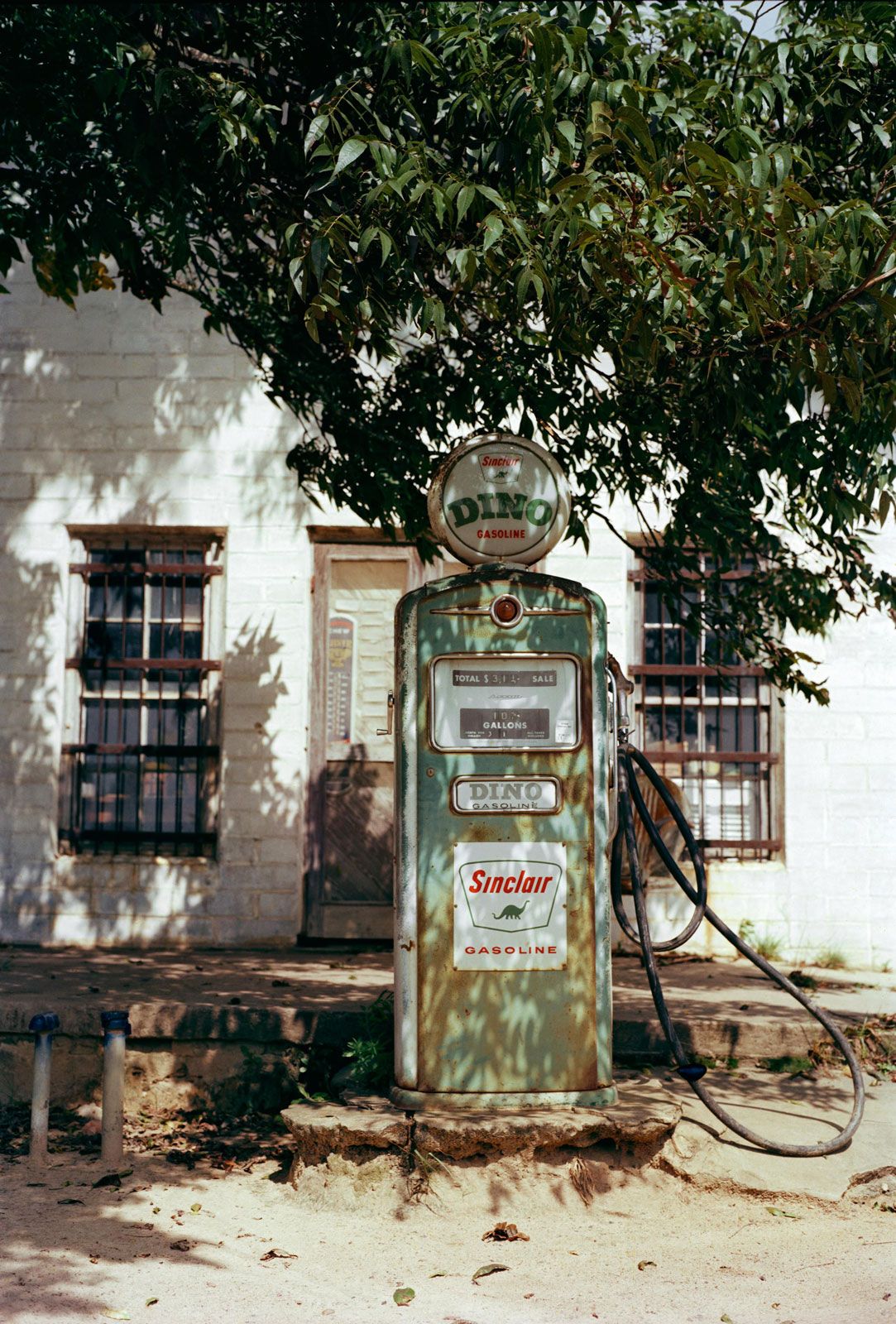 Eggleston trained his camera on things that often go unnoticed at the roadside, such as overgrown bushes and trees, mailboxes, barbed wires fences, flowering weeds and electricity pylons. In one photograph, a rainstorm soaks a carpark while the autumnal weather is reflected elsewhere in muddy puddles. Rust also features prominently, whether on corrugated iron roofs and petrol pumps or an ageing Coca Cola sign and old Ford pickup truck. 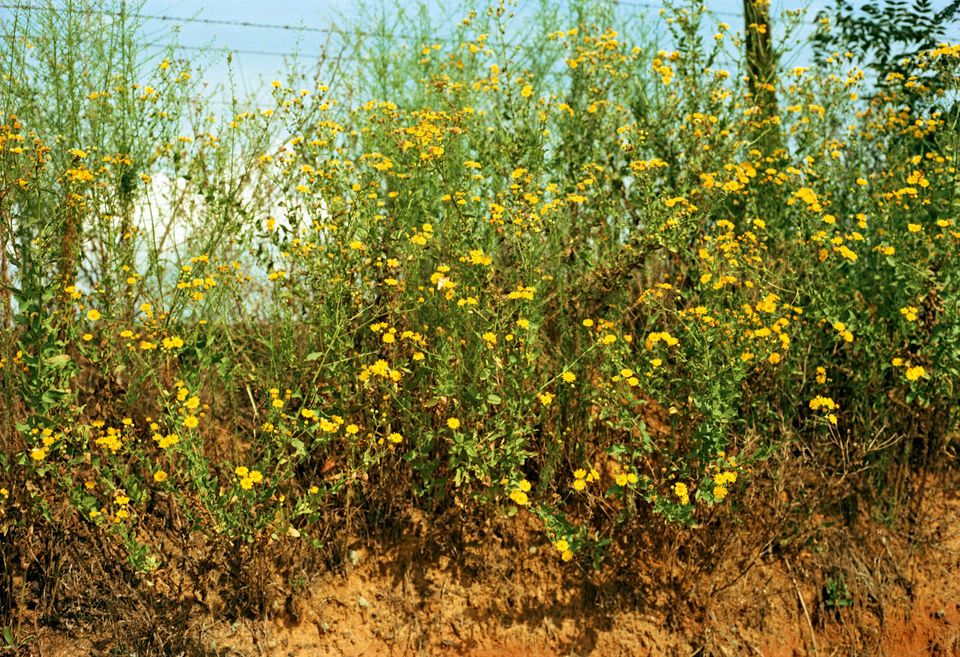 One very notable absence across the 100 images is people. Members of the local population are seen in only a handful of photographs, and in most cases as fleeting appearances: a man crosses a road, another drives a tractor. The only explicit nod to the forthcoming election is a bumper sticker on the back of a parked Chrysler imploring “Let’s elect Jimmy Carter President”.

Eggleston had been the subject of a major exhibition at New York’s Museum of Modern Art in the summer of 1976, where he was billed as one of the key figures of a new generation of colour photographers. But the show was not well received by many of the city’s critics, with the seeming banality of the photographs causing the most consternation. 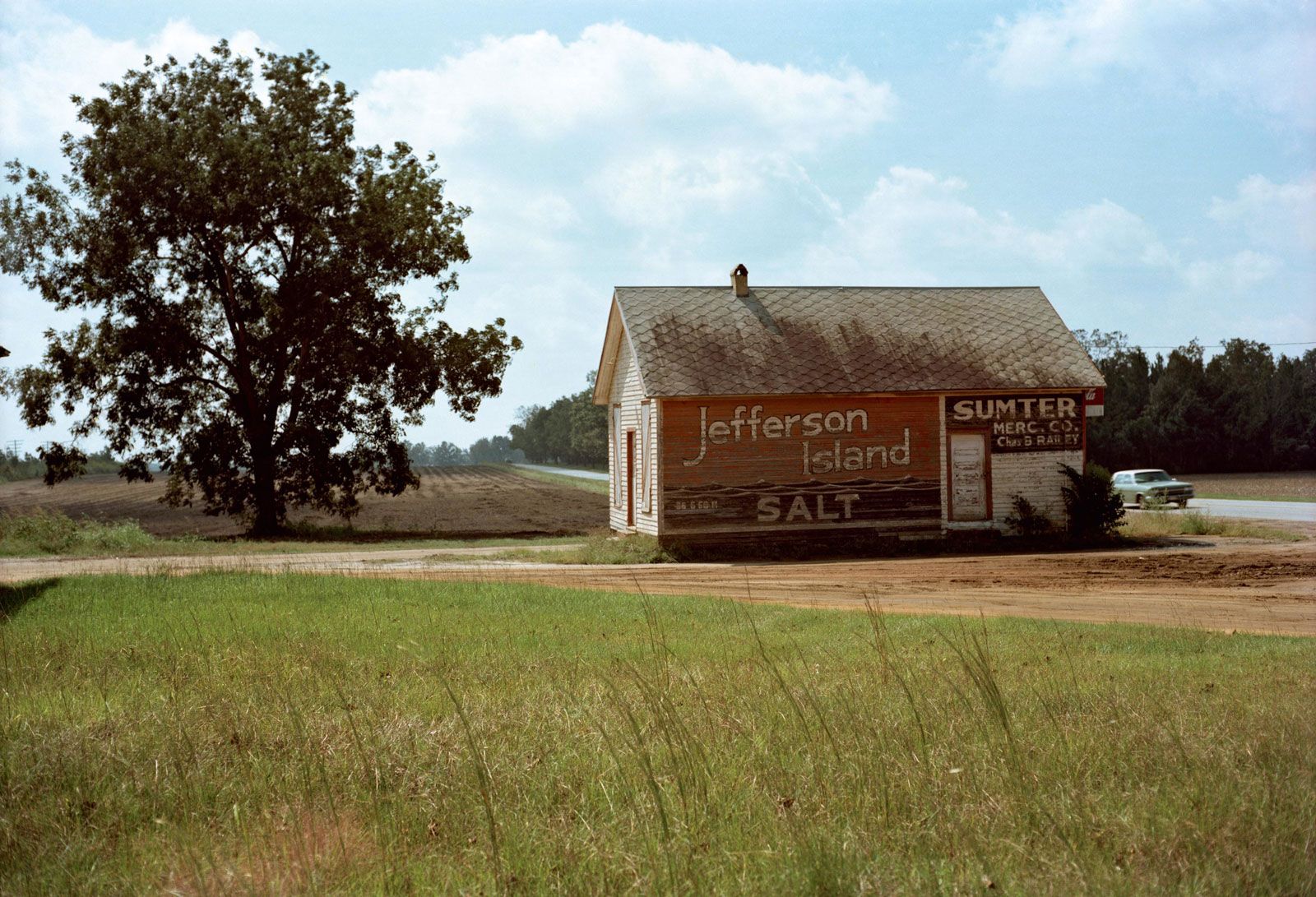 When Eggleston’s friend Caldecot Chubb visited him in late autumn, he came across a body of work that Eggleston had created during his trip to Sumter County in October. Inspired by a recently acquired book of American Civil War photographs by Alexander Gardner, Chubb suggested Eggleston’s prints be put together into a limited-edition book. Chubb would later write: “To see this quality of images, taken only a few weeks previous, some on the way to but mostly in and around Plains, was a bit deranging. Some were beautiful. Some calmly presented visual facts. Some were haunting. Some were hard to look at.” The photographs were printed and bound to make a two-volume book in an edition of five (plus a copy each for Eggleston and Chubb, and an exhibition set). 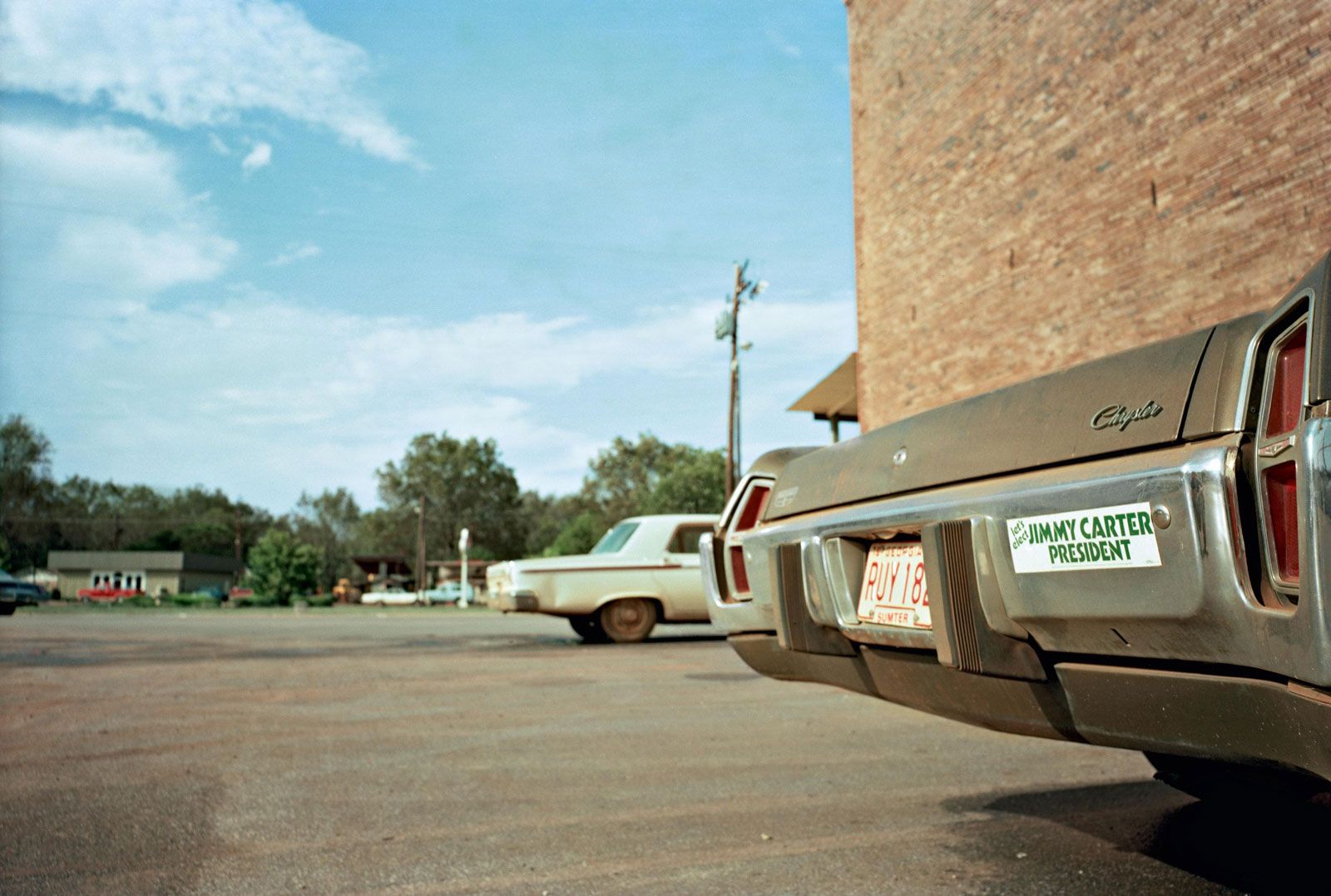 A facsimile of the book was published as a single volume in 2017 by the German publisher Steidl and now a second edition has been released in time for the run-up to another presidential election. The book contains a 2017 afterword by Chubb and the original introduction by the writer Lloyd Fonvielle, who wrote of the images: “The photographs have quietude and unsentimental romanticism, as well as an edge of poignance, which belie the expectations of hopefulness or portentousness suggested by a knowledge of the time and place in which they were made. On the eve of the election, when nothing had yet been decided, when everything—whatever that everything was—hung in the balance, Eggleston made an elegy… a statement of perfect calm.” 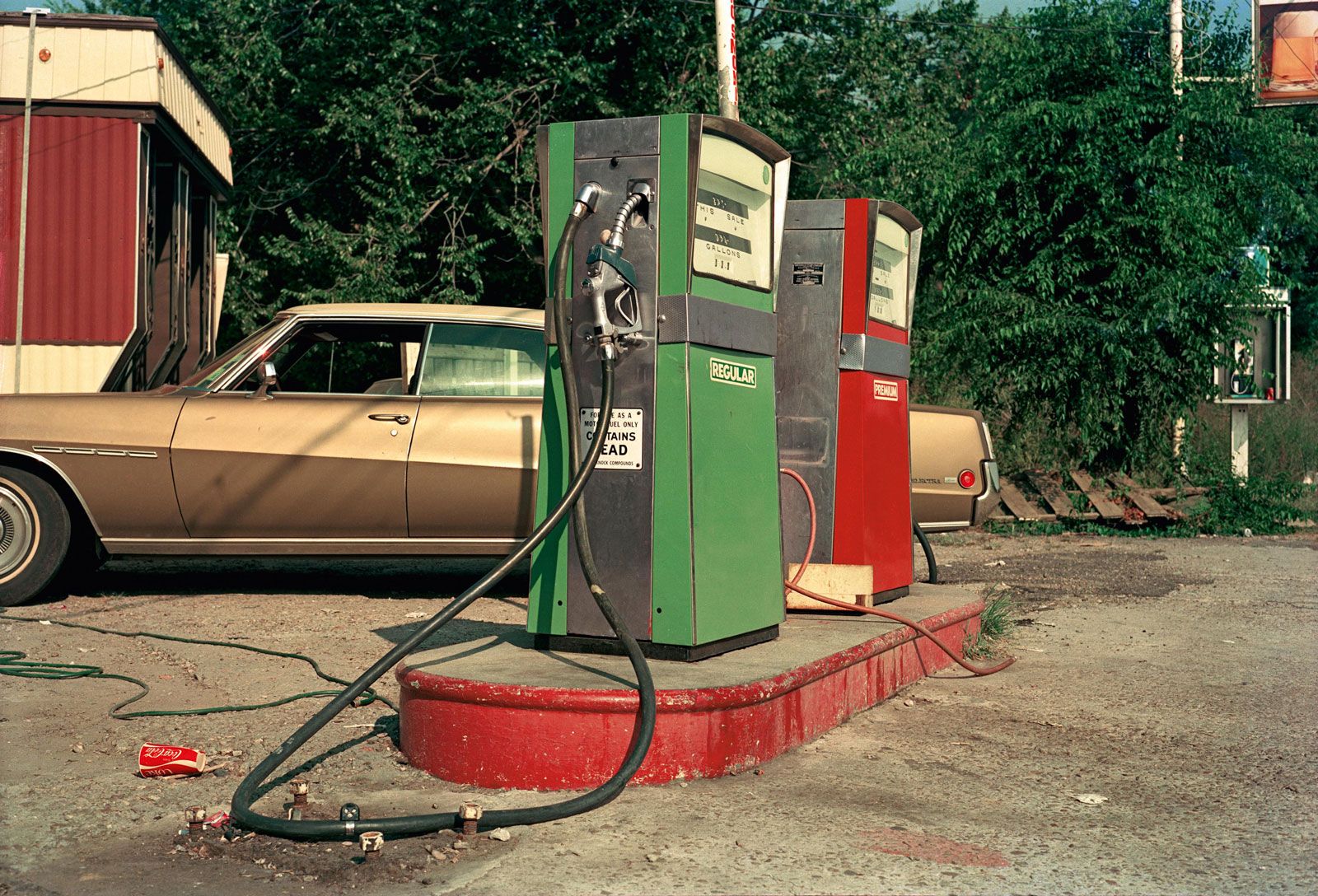 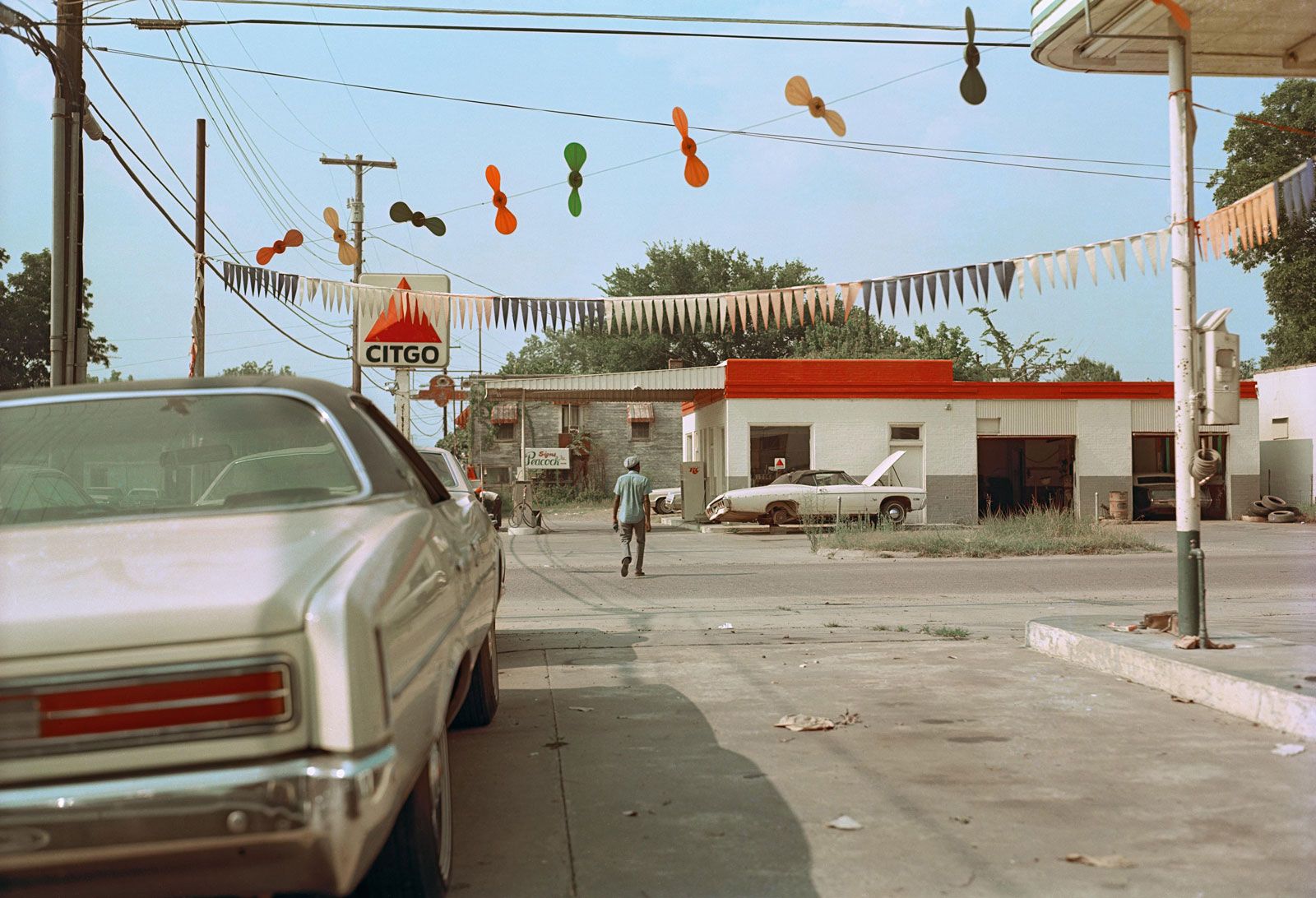 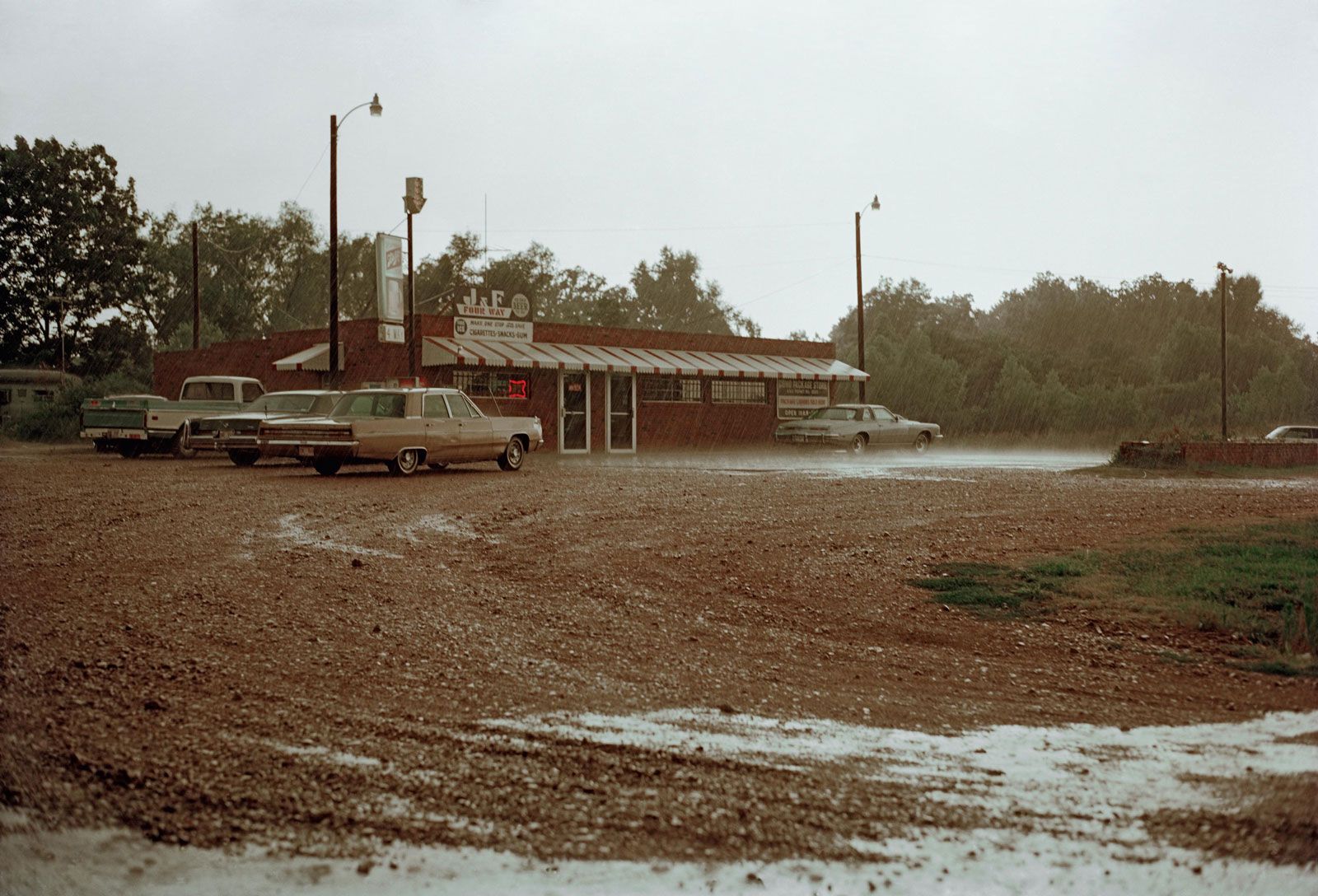